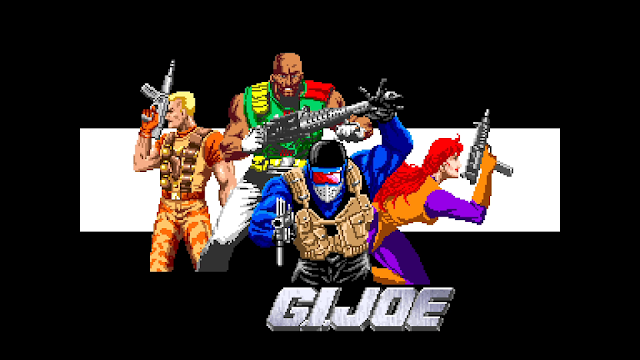 Gameplay Footage: Stalkeye via Konami
Japanese Videogame developer Konami have garnered tremendous success during the ninety’s courtesy of their in-house franchises such as Castlevania, Contra, Silent Hill and especially Metal Gear!
This was the era in which the company was on top of their game (no pun intended) but unfortunately, thanks to questionable business decisions, from firing Hideo Kojima, removing his Silent Hill project and producing piss poor games like Metal Gear Survive, nowadays they are merely a shadow of their former selves.
But let's go back, as in 30 years ago, to reminisce about their arcade games based on licensed properties. While many have flocked to play the Teenage Mutant Ninja Turtles game at the arcades, to my shock and awe, there was this cabinet that had bold lettering of an all-too familiar font "G.I. Joe A Real American Hero!" 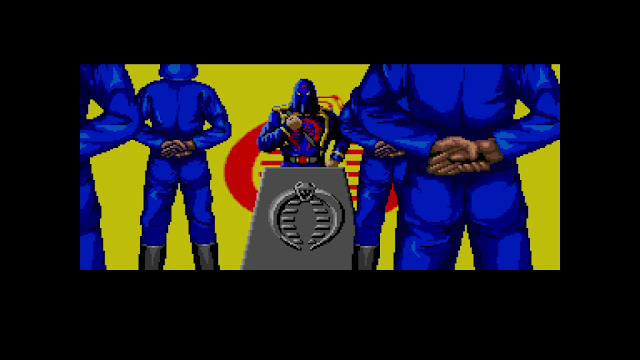 Based on the iconic toy and comic line by Hasbro and Writer Larry Hama, G.I. Joe is America's Elite Special Missions Force whose purpose is to defend human freedom against, you guessed it, that ruthless terrorist organization called, Cobra!

This arcade shooter utilizes characters, vehicles and backgrounds composed of digital sprites, producing a simulated 3D effect whereas you, assuming the role(s) of Duke, Scarlett, Roadblock and of course, the man in black and blue, Snake Eyes from a 3rd person perspective, as you stop Cobra Commander from initiating a global-scale terrorist attack that can destroy millions! This quarter muncher is comprised of three missions, each stage offers constant variety beginning with the chemical plant, that opens with a more up-tempo theme from the 1990's DIC produced G.I. Joe animated series.

Immediately, my testosterone got amped, going through a barrage if missiles and gunfire while listening to the introductory chorus "Got to get tough, Yo Joe...!"
Other missions take place on an air base, a weapon plant, a jungle, a cavern base, and finally Cobra's flying fortress reminiscent to the battleship from G.I. Joe the Movie's intro sequence.
The gameplay is strictly on rail shooting while you aim your target cursor at Cobra's unyielding forces and I do mean "unyielding " as you are constantly faced against hordes of Annihilators, Battle Android Troopers, Alley Vipers, Heat Vipers, Laser Vipers and even the “window Vipers!” (Joke reference for fans of the 80’s cartoon.) And that's not including the bosses like The Crimson Twins, Metal Head, the Baroness, Major Bludd, Destro and of course, the head Snake Cobra Commander! Konami used the more memorable vehicles and designs from the early 90's toyline; Destro's Dominator Razorback, FANG II, HISS II, Hammerhead and Hurricane. 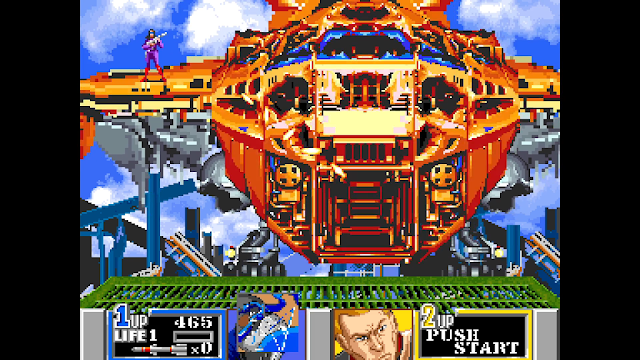 It’s a who's who of Cobra's arsenal, hell, there's even a miniboss battle against the Terror Drome, and it's a good thing that there are plenty of ammunition pickups like rapid fire and explosive rockets that scatters the Cobra soldiers who get too close or add more damage toward their vehicles. It's a good thing there's a life around otherwise, I would have spent twice as much in order to complete this game. When your life bar runs out, there's an animated expression of your character's death face. Most notable, was Snake Eyes' cracked visor. Oh, and here's a first, you get to hear him talk! well, somewhat when he yells, "Yo Joe!" 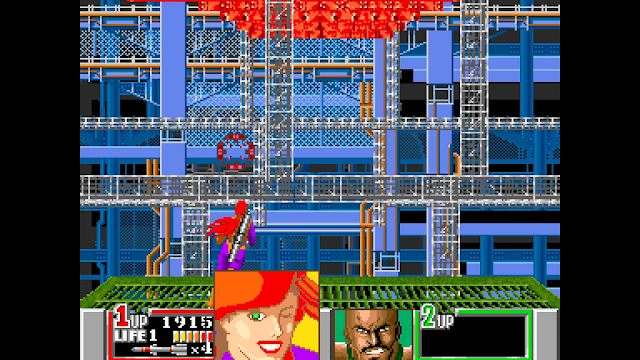 Playing through this game was a fun event, that in my opinion can be comparable to an epic action movie like Star Wars, where you have Hurricane VTOL jets zooming towards you with thunderous jet engine sounds, an action-packed soundtrack and plenty explosions. The set pieces and hard-hitting soundtrack, really contributed much to this shooter giving the player an experience unlike any other.

Konami has paid great homage to the iconic franchise with innovative gameplay that was a precursor to 3rd person run & gun shooter games, prior to both PlayStation and the Sega Saturn. in a set of unfortunate events, two years after the games release, Hasbro unceremoniously canned the A Real American Hero line, and the comic followed shortly thereafter. G.I. Joe the Arcade ranked high as one of the best arcade games from that year, and in a world rife with thousands of quarter munchers, it's gameplay and premise still gives a lasting impact even after thirty years!
Yo Joe!