As of recent, AMC's The Walking Dead hasn't been on top of their A-game like a year ago. However, thank almighty gawd, Buddha, Allah or whatever the hell you worship, that there are exceptional alternatives when it comes to Horror Television.

No, I'm not referring to the disappointing Hugh Jackoffman adaptation but instead, this obscure SyFy series that is part Blade, part Buffy the Vampire Slayer and yes, of course, The Walking Dead.
Regarding the latter the comparison is obvious due to its soap opera scenarios, situations and an ensemble of diverse yet, oddly suspicious characters. 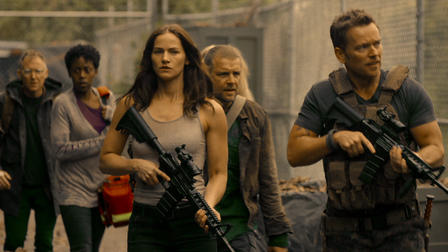 This adaptation of Van Helsing is primarily based on a graphic novel as our titular (as in ambiguously named) character Vanessa Helsing (Kelly Overton) awakens from a coma (Sounds familiar, Walking Dead fans?) only to find herself during a Vampire apocalypse.
But fortunately, or rather unfortunately Vanessa discovers that she has the attributes of a vampire. "All of their strengths, but none of their weaknesses". Also, Van's bite can remove the infection from a turned individual and this plays an important part of the series' narrative.
Throughout the first season, there's a copious amount of infighting, double crosses and a few other twists, especially near the finale.

Overton delivers as an apocalypse age heroine, who emotes a motherly instinct during her quest to find her missing daughter.
There's not too many slow burns in Van Helsing thanks to plenty of action sequences, drama and a few surprises to keep the viewer pulled in.
If there's one caveat, it would go to the two characters, who are displayed as heavily flawed archetypes. Now, I suspect Van Helsing of aping a few tropes from that certain show with zombies shuffling, but the portrayals are too blatant i.e. a modicum of stupidity and cowardice. Might as well have them yelling: "Feet, don't fail me now"!!

Van Helsing may not be the perfect substitute for TWD series, but its a good horror series that should not be overlooked! 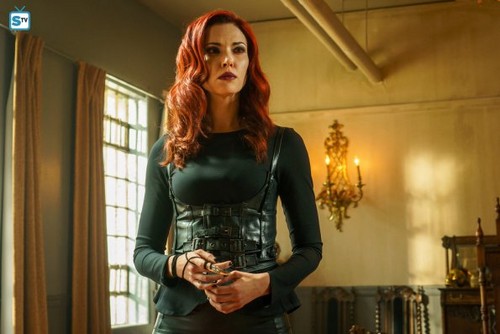