Capcom's Resident Evil The game that codified Survival Horror, has enjoyed a Renaissance of late, whether it’s the remakes of Resident Evil 2 and 3 games, or the recent Welcome to Raccoon City movie adaptation, with the latter's lackluster reception, adding further skepticism towards the latest entry based on Resident Evil. 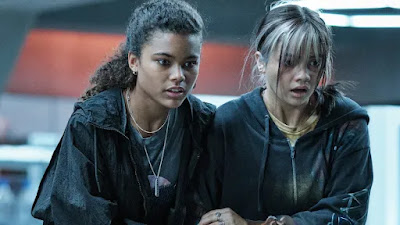 Produced by Netflix and Constantin Films, (that raises a red flag right away!)  Resident Evil takes place during two alternate eras, one during a post-apocalyptic environment where humanity is outnumbered by Zombies often referred to as "Zeros " as in Patient Zeros and the other in this utopian gated community called, "New Racoon City." This is where Billie and Jade Wesker, our main protagonists, well, really Jade are adapting their new surroundings as filmed in this "coming-of-age" narrative. 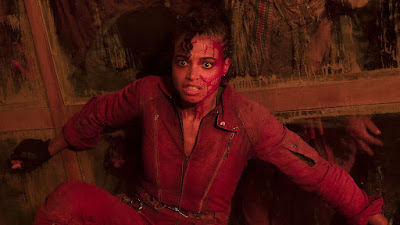 Now for those of you who haven't watched the trailer for this series months ago, do not expect the Netflix adaptation to follow the videogame's mythos otherwise, you’ll be severely disappointed!
First, it heavily borrows from 28 Days/Weeks Later, Van Helsing, Left 4 Dead, and to some degree, the Walking Dead, then the series mostly focuses on Jade, who has been shown as feisty especially during her teenage years and second, there's absolutely no connection to the original RE cast! No Chris "boulder punching" Redfield, Jill "Master of the Unlocking" Valentine, nor that Cop turned Super-Agent,  Leon S. Kennedy! But we do have an Albert Wesker..but oh wait, he's "blek" as the Afrikaans colonizers would say.   Ironically, the events in New Raccoon City take place in South Africa. 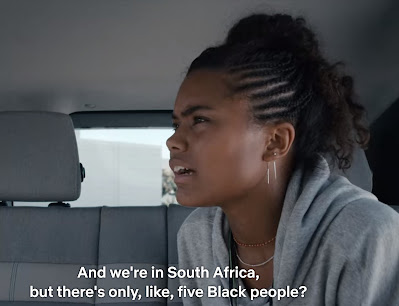 But yeah, Wesker the "Aryan Master Race" mustache twirling villain has been swapped for actor Lance Riddick, who if you overlook the differences, does a good job as Umbrella Corporation's not so mad scientist, who doesn't approve of their breakthrough Antidepressant product called "Joy" but will go to great lengths to protect his twin daughters who managed to unlock his files, thanks to a difficult password like "Spock21!"🙄
Obviously, there’s more to his backstory and ulterior motives as the storyline progresses. On a side note, that scene with Wesker threatening to blacklist some parent of a bully, was hysterical! 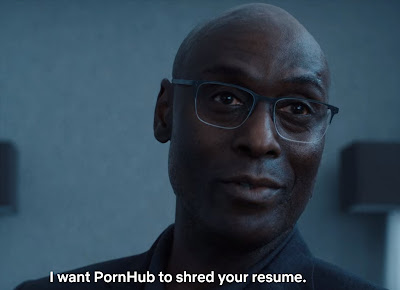 Again, this isn't your Resident Evil and sure as hell ain't mine however, if you look at it from a different perspective, like an alternative take on the franchise, that has janky structure and pacing, then you'll be in for a good time. The meta is on the nose when you factor in social commentary rife with themes such as bullying, teen angst and social media. Then, there is the gender, ethnicity and sexual orientation swapped Dr. Issacs who's hubris and snark make her more like a "Pharma Gurl" than a marketing scientist. 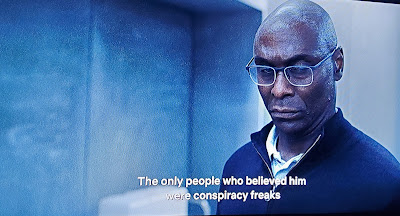 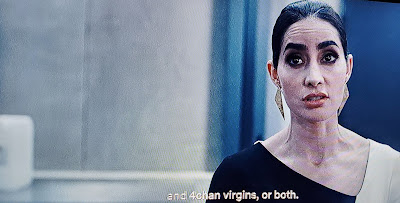 While I was impressed with some of the special effects like the Gravedigger originally seen in Resident Evil 3 for Playstation and Sega Dreamcast, other gripes include,
The cheaply outfitted Umbrella Corps resembling cosplay actors from a Fanmade HALO project, Jade jumping from a 20-story edifice without breaking her legs or being killed on impact, yet outrunning hordes of Zombies...I meant "Zeros!"

Why is virtually everyone during the post apocalypse scenes, looks dingy, and battle worn while Jade (Ella Balinska) appears to have no signs of wear or scars, yet resembles some Victoria's Secret model in a jumpsuit? 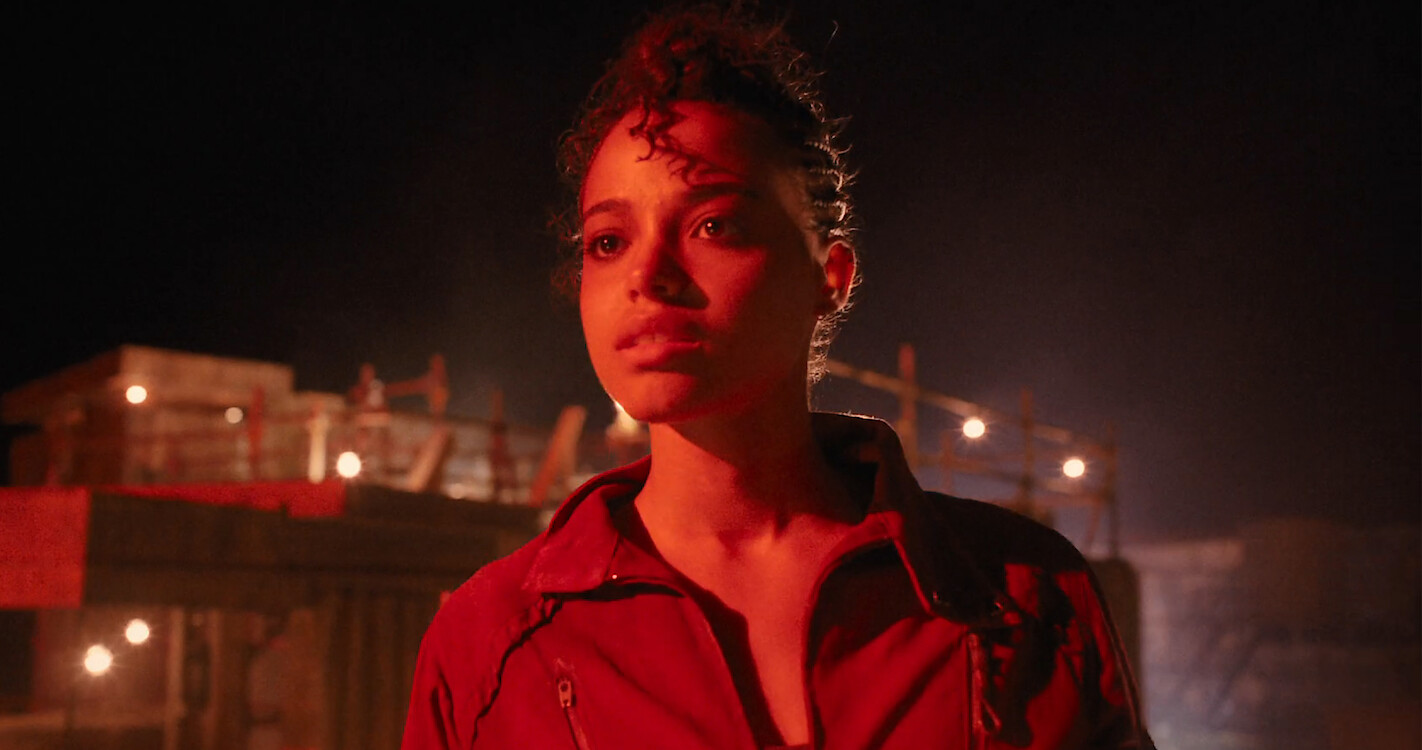 And it’s apparent that someone at Constantin Films, is a Billie Eilish fan, "Billie” (Siena Agudong) bears the look of the pop singer and even her song "Oxytocin " is being played during the pilot's first 5 minutes. I’m sure that there are horror fans out there, who can draw parallels between the Wesker twins and Ginger and Brigette from the cult classic Ginger Snaps. One is infected while the other sister becomes an unwilling enabler as her sister begins to turn.

There are some minor nuances and Easter Eggs thrown in that only the truest fans of Capcom's venerable IP would easily identify, but that's not enough to rate this series high, thanks to the inspired (Think, 21 Days Later.) or rather "insipid” explanation of how the T Virus outbreak plagued Raccoon City and obviously, the entire world. The soundtrack is generic af especially, when compared to the videogame slash source material.  Gregory Reveret makes those Arrowverse shows from CW, sound as if they were conducted by the likes of John Williams, Jerry Goldsmith or Basil Parodius. Well, at least the producers thrown in Sex Pistols' "Animal" during the second episode, which was a bit uncomfortable after that one scene that pissed me off as a Cat owner. But it's all for shock value I take it? 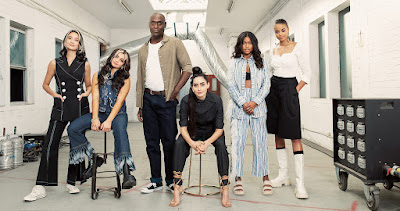 And speaking of the Arrowverse, most of Resident Evil gives off this CW production courtesy of some silly Gen Z Pop needledrops, clichéd drama narrative involving the teenage sisters and annoying characters like Baxter the bloated Umbrella agent. And like Arrow, there’s the constant back and forth flashback sequences, which can take you out of the story at times, however, they are more palatable than what occurs in the present post-apocalyptic setting as we are led to the big unraveling of what caused the viral outbreak. With that said, 8 episodes in is a binge for the morbidly curious even if it falls off the rails at times. I might as well call it "Resident Evil: The Wonder Years!" 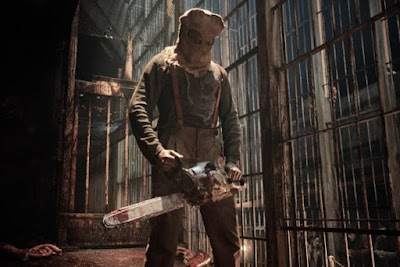 A full review may follow soon, depending on my patience for the rest of this series. Or lack thereof. They should had kept this series as canon, even if the 1996 dialog is campy af. Still better than what's given from Netflix IMO.
"Reaction" Capcom Netflix Opinion Resident Evil Review Stalkeye