Is Halo Paramount Plus' Gamechanger? 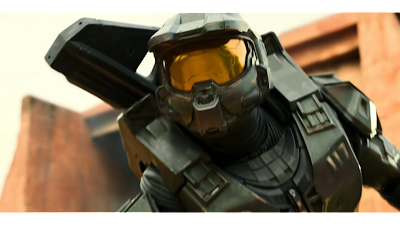 So, I woke up around 3:00 AM and unfortunately could not go back to sleep and what made it worse, was I had to be at work in four hours!
Out of boredom, I turned on my Nvidia Shield streaming and "gaming" console, and guess what appeared as a featured video? You guessed it, HALO, a series developed by Showtime Networks and produced by Steven Spielberg! Who knew? Based on Microsoft's Xbox flagship games, HALO chronicles the exploits of Mankind's war against the alien invaders, the Covenant with main protagonist Master Chief, who is humanity's "last hope." 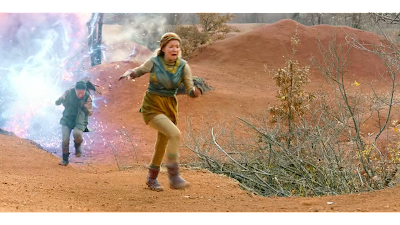 The pilot episode has a promising start as we see how a peaceful settlement within a fictional planet Madrigal, falls victim to the Covenant via a very bloody massacre; not even children are spared!! These evil bastards would make Vladimir Putin proud! But seriously, this series is supposed to be TV-14, but it feels more like Rated-R when you witness kids getting blown to chunks or some guy getting impaled. 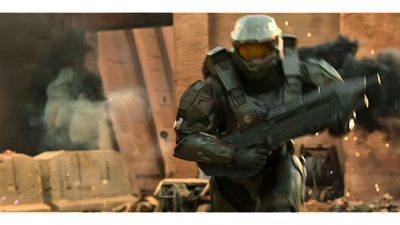 Now, this is the part where John -117 aka Master Chief makes his signature drop in with the three-point landing. This time, he brought a few friends, and they, of course, save the day. Well, kind of. Y'see, there's this one sole survivor, Kwan Ha Boo who the chief reluctantly accompanies as a tag along. So already, there's a comparison to Disney's Mandalorian where you have a stowaway who ends up having a bond with the strong, silent archetype. And like Mando, MC removes his helmet! That's a big no-no to me. I prefer some of my protagonist's mysterious, whether it's, Master Chief,  "Doom Slayer" or especially Snake Eyes!  you'll never see them reveal their true identities..oh, wait..! 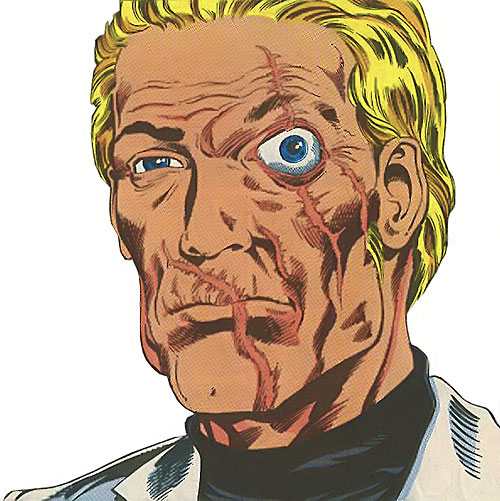 I was also disappointed that they didn't use Chief’s voice actor, Steve Downes  from the games, and Pablo Schreiber does not resemble what "John" would look like but okay.
As for the rest of this pilot, what follows is mostly dialog used to establish the series' lore, especially regarding Master Chief, who discovers an alien artifact that recovers lost memories he had as a child. This serves as a MacGuffin with Master Chief on a quest to find out his identity if not becoming this great balance between the humans and the covenant. "Cliché"? most certainly. 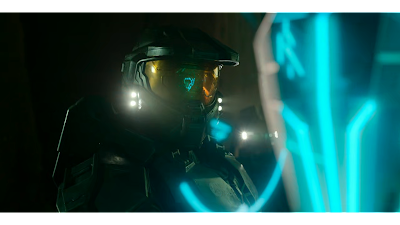 With some impressive action scenes that pay a modicum of homage to the source material as in the games, I'm a bit optimistic about HALO. Minor gripes aside, it’s one of the better offerings from the streaming service as I'm not interested in Star Trek Discovery or Pickard. In terms of science fiction pilot episodes, Halo wins over Apple TV’s Foundation, but not Disney's Star Wars Universe series, The Mandalorian.  Book of Fett definitely. Of course, it’s not the first live action HAO project, as there were two featurettes many years back. Halo Nightfall, Nightfall and Forward Until Dawn however, this series pays more respect to the games thanks to its bigger budget and at last, it’s main protagonist! 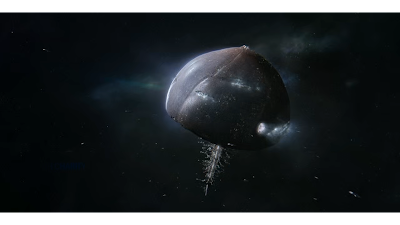 I'm sure there are plenty of skeptics that that will equate the overall production values to a fan made flick, which is far from true. I say give it two more episodes for it to get its legs before signing off. After all, Disney's Wandavision didn't gain traction until what, the fourth episode? If there is any indication of this series being a success, perhaps Paramount and Microsoft who now owns Bethesda, might develop a DOOM reboot or a series based on Dishonored. One can only hope. 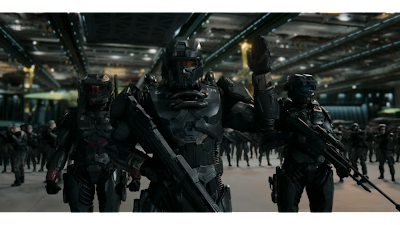