Eye in the Sky: "Like Chimney sweepers who come to dust". The other day, I told my wife about this this Barber who used to cut my hair, over ten years ago. His name was Willie, a much older gentleman who while I was waiting to get a haircut, he used to talk about current events and inject his own opinions without the slightest pause.

When discussing Kobe Bryant's press conference about those accusations of rape, Willie said; " I don't think Kobe did it, but in the heat of the moment-he got carried away. Kobe wanted some "guts"!"

The next day, my wife was on Facebook and said, "Oh, shit"!
I asked what happened? She read the headline from her phone of the tragic accident involving Kobe Bryant , his daughter,  the pilot and four others at the time.

It was a bizarre coincidence and I was shocked. For hours, we were glued to the news coverage and watching all the flood of tributes and condolences come in. His death was unfortunate. However, aside from the sympathetic well-wishers, here comes the angry mob of Whites who were quick to gloat at his passing, while labeling him "rapist".

Then came the Feminists or as I call them "feminots", because they don't care if he's innocent since the charges were dropped, nor did they express concern for his deceased daughter. Those Pseudo Justice Warriors,  only wanted to elevate their self-serving  platform.

They are quick to forgot how this Basketball groupie accuser had four samples of semen DNA in her underwear. How is her word more credible than Bryant's....
....oh, my bad, she's a White female who cried victim after consensual sex!!

There's an old saying that goes like this: "When a White Woman cries, Black people die"!

This couldn't be further from the truth as history has taught us from the race riots in Tulsa Ok, Rosewood, Fl and the savage murder of Emmitt Till to which his accusser admitted she lied and has not paid the price. Hopefully, there is a hell in the afterlife that awaits her.
And look at what happened to Nate Parker. All because of lies!

They just couldn't give the Bryant family time to grieve, before coming off so high and mighty like this piss flap "hacktress" Evan Rachel Wood who tweeted...
https://twitter.com/evanrachelwood/status/1221542230457905152?s=09

This is not what Feminism is all about.
If you feel that Kobe Bryant had committed an act of rape and gotten away with it, then blame his lawyers and millions of supporters of ALL races and backgrounds!

Wanna talk about Rape, let's began over a century ago when the Slave Masters had their way with black slaves, Women, Men and even children. Committing unspeakable atrocities as the White Wives stood idly by. Kobe’s accusation, pales to the unforgivable crime that is slavery!

As for Evan Rachel Woods' tweet, talk about bad taste and poor judgment, where were your accusations when Bryant was alive?
What's more concerning, why are you worshiping pedophiles like Woody Allen and David Bowie? 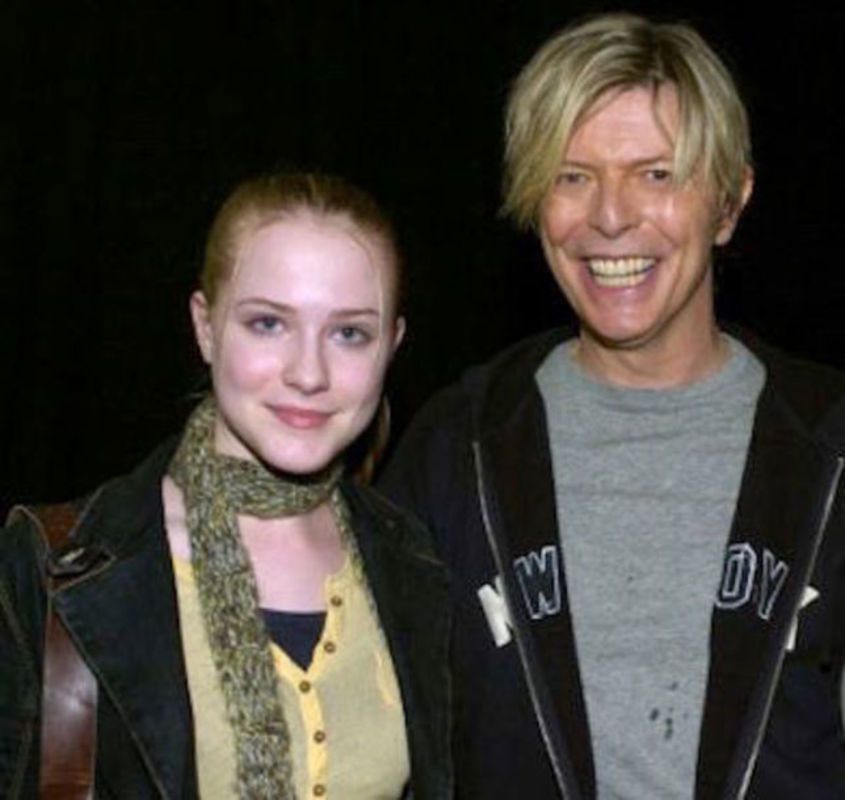 Recently, I learned to my disappointment  that Bowie had taken the virginity of a 13 year old girl and in good conscience,  can no longer listen to his music, let alone lionize him.

That being said, if Ms.Woods were aware of Bowie's past discretion after he shuffled off his mortal coil, well that makes her a hypocrite. And to further hone in her bullshit, wasn't her ex fiance, rocker Marilyn Manson, accused of committing sexual assault on a Security guard? But I digress.

As predicted, "Comedian" would "step up" as a opportunistic moment to start in with the Kobe jokes

Let's suffice to say that this Comedian has received plenty of death threats,LA is hot and now, so is NYC! While I support free speech, Kobe's rape allegations has not been proven since the case was dismissed and once again, the accuser's credibility was very questionable. Watch yo back, sucka!😄

"Kobe Bryant died 23 years too late today. He got away with rape because all the Hollywood liberals who attack comedy enjoy rooting for the Lakers more than they dislike rape. Big ups to the hero who forgot to gas up his chopper. I hate the Lakers. What a great day."

Let's face it, America has always been full of double standards.  Elvis Presley hooked up with 14 year Priscilla yet, the pitchforks are out on R.Kelly.
And no, I'm not a fan of Kelly by any means and he deserves the justice owed, but I despise double standards!Or shall I dare say, White Privilege.

Spacey, Weinstein, Collins, Mack, Leto, Singer, Trump and especially Polanski should be behind bars if not further vilified, yet they are beneficiaries of White Privilege. That's how the system works. These so called "Feminists " are mostly silent when it comes to the aforementioned list of sexual deviants, but as soon as a Black Male celebrity is accused of some form of depredation, all bells and whistles go off.

And this is why I can't take Neo White Feminism seriously because of cherry picking. You either speak out against all rapists, pedophiles and other degenerate pieces of shit, or you just sit down and shut the fuck up!

But of course, you prefer to attack soft targets (Mostly Black men) as it's so convenient to play the "Boogeyman " narrative without any repercussions.
And at the end of the day, it's the Caucasian paymasters who make the rules. You speak out of turn, and your career is over!

Kobe was no saint for his indiscretion, and only two people knew what really went down that night but one is gone now. I hope his detractors feel solace in his death along with his daughters and the grieving surviving family members.

However, he's more famous than infamous so all you haters out there may have to deal with it.

You bet your ass, you will.