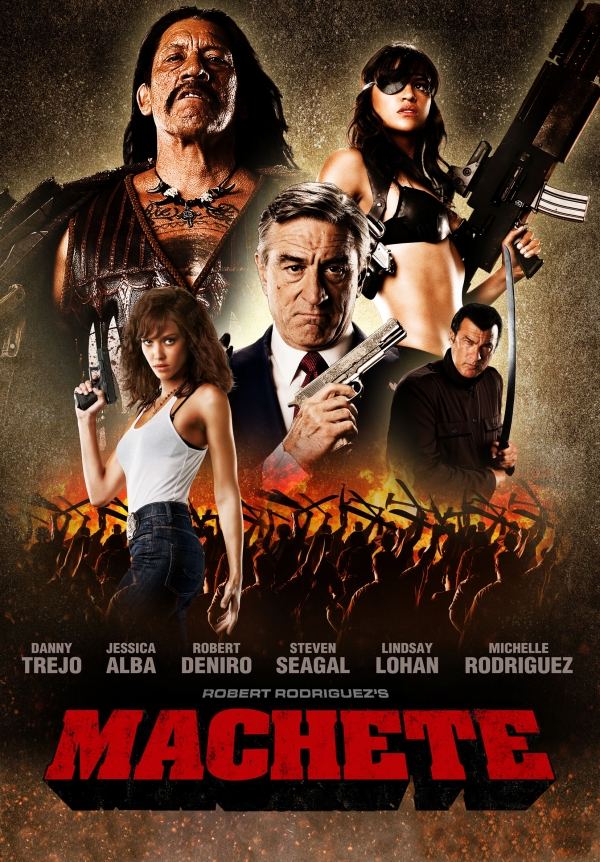 So, I'm sure that many of you have flocked over to see the final installment of the Rambo series appropriately titled "Last Blood", you know the sequel that no one really asked for, but got it anyway?!?

In "Last Blood",  we see John Rambo, former vet, former Super Soldier lead a solitary life on his father's ranch, until trouble comes his way,  a drug and human trafficking Cartel  endangers the lives of so many, and guess what, it’s those "damn Mexicans" at it again!! 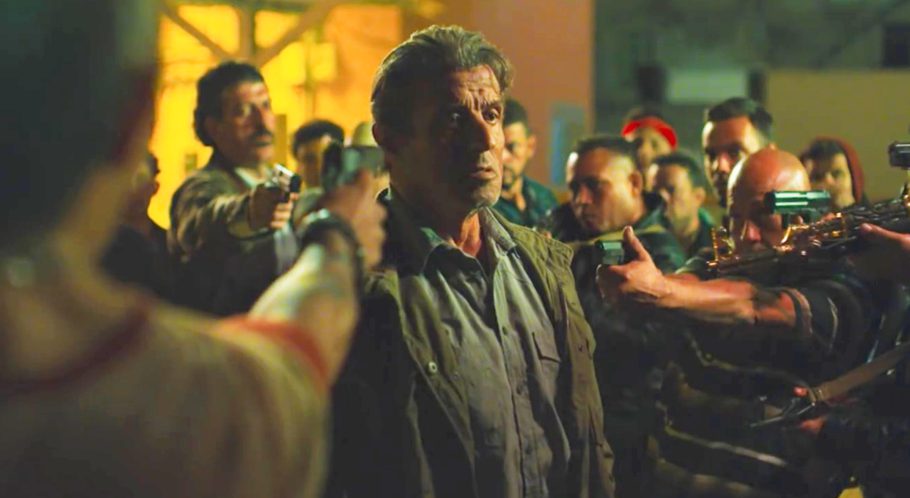 First things first, yes drug and prostitution rackets are bad, regardless if the operation is backed by Mexicans or any other race.However, I don't know if Last Blood intentionally used the Mexicans as bad guys had you'll love to hate, but man is this bad timing...or maybe not for Stallone and Lionsgate, since hot topics sell tickets.

So with that out of the way, I’m going to direct my attention on a movie which debuted almost ten years ago, where not only is the Mexican, a heroic protagonist, but how this film's foreshadowing, is more relevant than ever, thanks to  President Trump's rhetorical actions.

Machete's humble beginnings started out as of the few faux trailers within the Quentin Tarantino film, Grindhouse. While most had potential to be made into real movies, like Rob Zombie's Werewomen of the SS, "Don't" and "Thanksgiving", only two trailers somehow managed to make the transition from "trailer" to an actual movie!

One, being Hobo with a Shotgun, while the other was...you guessed it!

As the movie begins, you see Danny Trejo as Machete Cortez, a Federale Agent who attempts to rescue a young Woman from ruthless kidnappers, and during his ambush, he gratuitously dispatches the thugs in a way that is reminiscent of 1985's Commando.

And as with many action film tropes, Cortez is betrayed by his former partner, now Drug Kingpin Torrez, but bears witness to his Wife's murder, thus heading into "ye olde revenge territory"! 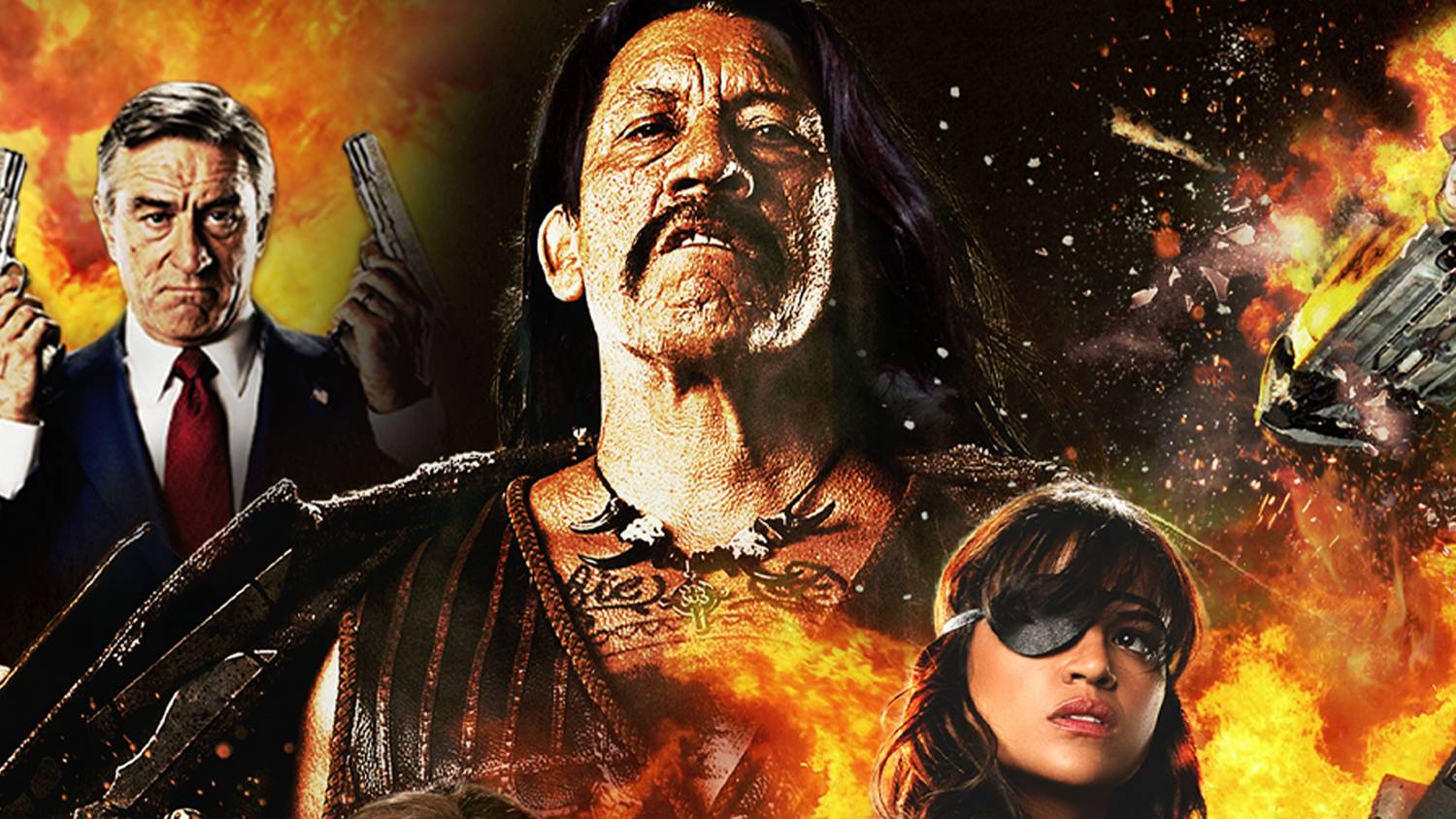 Several years later, Cortez resurfaces as a day laborer, down and out, he accepts a hit job, with the target, Senator John McLaughlin, played by Robert De Niro, who is running for reelection under fearmongering i.e. demonizing  Mexicans as some  border jumping infestation with his Political attack ads.

Not only does the hit job takes an unexpected turn, but now Cortez is framed and on the run.

So now Machete is more pissed than ever, and he is going for the "big payback"!

For those who are Grindhouse enthusiasts, you’re in for a real treat as the film's prologue has that 70's grainy film aesthetic, to the extent of seeing "hair strands", followed by a homage induced intro. 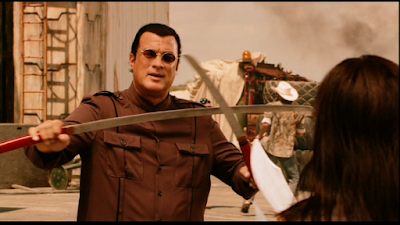 Once Machete gets going, which is during the first 2 minutes, the momentum barely slows down as there's hardly a dull moment. I believe a major chunk can be attributed to the costars, which reads like a who's who of very familiar faces starting with action icon and egotist Steven Seagal who, in the first of firsts, stars as one of the main baddies who carries a mean Katana along with his forced Hispanic accent, is really a first for an actor known for strictly playing good guy roles, and of course, easily dispatching his enemies without breaking a sweat. Say what you will about Seagal, and I have said more than plenty, I give him props for going out of his "confines".

Don Johnson, also known for playing good guy roles from Miami Vice's Sonny Crockett to Lt. Falcon, is NRA and Anti-Immigrant poster boy Vox, a vigilante without remorse, to the extent that he murders a pregnant Mexican migrant who attempts to cross the border. 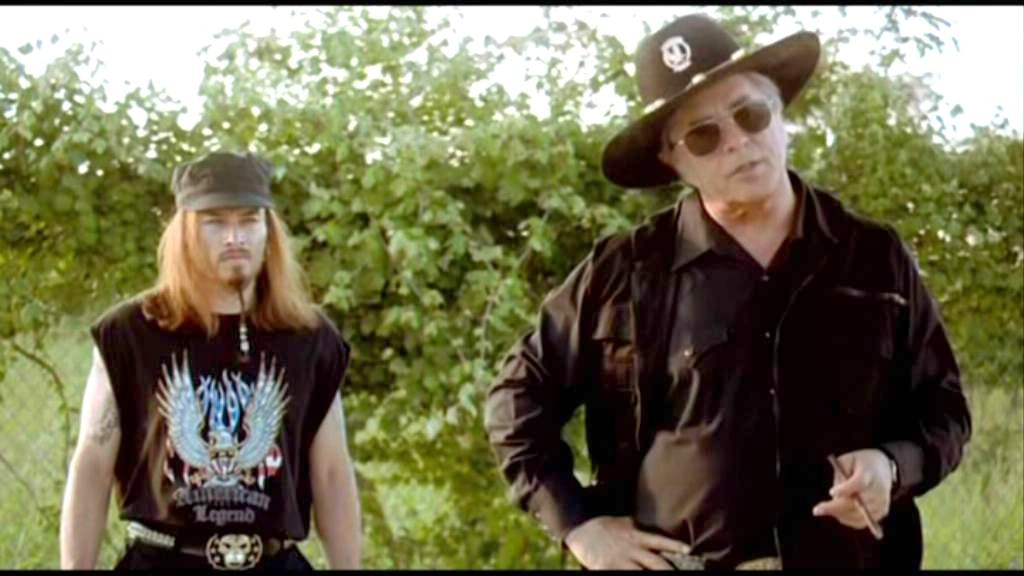 Rodriguez spared no expense in demonstrating the barbarity of Vox and a few other antagonists who bear contempt for illegal immigrants, and one couldn't get his point any further than shooting a woman bearing child!

To round out the cast, Jeff Fahey is Michael Booth, an unscrupulous Businessman who arranged the assassination attempt on Senator McLaughlin to get him reelected, while spreading fearmongering against Mexican immigrants. And with Machete as the proxy! Talk about a win-win! 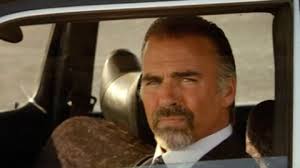 This leads to one of the many tropes seen in action dramas i.e. Machete is on the run for a crime he tried to commit but didn't get the chance.

However, "on the run" doesn't necessarily mean that he's hiding as a fugitive, but instead, going after the ones who set him up, thanks to additional cast members like Michelle Rodriguez's  underground revolutionary freedom fighter, "She" (Get it?) and Cheech Marin who plays a Priest sympathetic to the cause. While Jessica Alba, a customs officer, is hot on the trail of Machete and She's operation, that's if they aren't already dead by Vox's White Supremacist soldiers !

Rodriguez spared no expense when it comes to the gratuitous violence displayed throughout the film, and at times, satirical like for instance,
Machete's ingenious approach to taking down his enemies, is quite creative. Whether he's slicing faces and other body parts with his signature weapon, or a makeshift blade whip, to using someone's intestines in order to make his way down a Hospital.  Yeah, It’s over the top, but damn inventive!

Of course, the best parts are saved toward the final act, where we see nothing but an endless ballet of blood, bullets and busted bodies and although I’m no fan of Seagal's,  I liked the idea of him portraying a Mexican antagonists, even if his Spanish "accent" was a bit off, as in exaggerated. Machete makes the second film where he gets his due.

I guess his ego isn't that big if he's willing to play a notorious role and get killed off eventually. Sly Stallone on the other hand, only accepts heroic parts and of course, survive during the end of the movie.(That's unless Rambo is finally killed off via Last Blood!)

And speaking of which, yes, Rambo's latest outing has him going up against a Mexican Cartel and while I agree that all cartels are very bad, it’s the timing of Last Blood's release, that is questionable when you factor in today's political landscape. It comes off one sided even for a narrative that gives protagonist John J Rambo this sense of purpose. Machete goes after both Cartel and White Supremacists, making him more of a “fair and balanced” hero.

Now the parallels between this movie and the controversial Commander in Chief is spot on!
Like Senator McLaughlin, Donald Trump stirs up propaganda and racist rhetoric, in order to boost his election campaign and it doesn't stop there!

Notice how Booth is infatuated with his daughter April, a strung-out doper played by Lindsey Lohan? Wow, that's a bit of a stretch!

And while Ivanka Trump doesn't use drugs, her dear old Dad, has it in for her, more like wants to put it in her!

The faux political ads for McLaughlin's campaign are blatantly satirical, which served as yet, another example of why I really liked this movie, because despite the in your face message about the mistreatment of migrants, it wasn't as ham-fisted or preachy. In many ways, Machete is an action film that doesn't take itself too seriously when it comes to social commentary, however the identity political allegories are justifiable aka  "Mexiploitation" if you will.

Isn't that what's Grindhouse is all about?

While many developed countries like the United States can take in only so much immigrants, those who made it stateside, as in Mexicans, have played their part, when sustaining this nation.

But sadly, once again, art imitates life since there has been an uptick in racial violence directed at Mexicans and other persons of color, this is unsettling as the President is supposed to be a responsible leader of the free world, if not a unifier. Instead, he's just another rabble rouser like say, "Senator John McLaughlin"!

1.Robert Rodriguez was influenced by Hong Kong action films, John Woo's in particular, so Machete is yet another homage.

2. There's a nice homage to John Carpenter's Escape from New York during Machete's debriefing as the downward camera pans across a table displaying weapons-practically the same play-by-play scene with EFNY's protagonist, Snake Plissken.

As of recent, Robert Rodriguez has signed on to direct the Escape from New York remake.

3. Danny Trejo, Jeff Fahey, Richard Anthony "Cheech" Marin, and Tito Larriva, who are featured in the fake trailer featured in Grindhouse (2007), reprise their roles for this film. Fahey was also featured in Planet Terror (2007), which was Written, Produced, and Directed by Robert Rodriguez.

Now you know, and knowing is "half the battle"!