The Bop Drop: If It Ain’t Monica Rambeau FUCK THIS SHIT 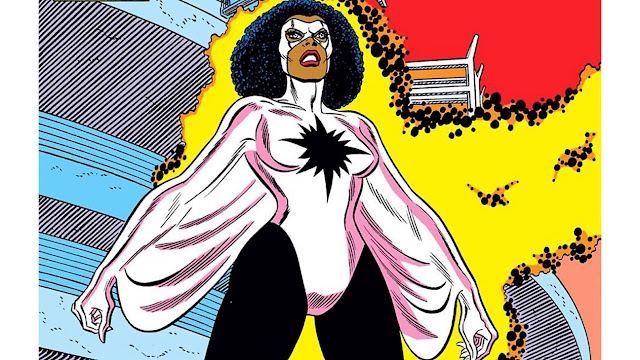 So Ms. Marvel, I mean Captain Marvel is coming out on March 8. March 8 is international women’s day. If that isn’t pandering to women I don’t know what it is.

I don’t expect much from the movie. I expect some typical fake ass Hollywood girl power. The problem is that Hollywood wouldn’t know girl power if it bit them in their coked up ass. The fact that Disney Marvel is making this shit is gonna insult the audience even more. We are gonna see a man-hating, faux-girl power, passive aggressive, unfeminine character at work. That character will set back relations between men and women back countless decades. And yet, the critics will praise it as girl power at its best. Give me a fucking break. Not only that, they will praise the movie to the moon. And by the way, fuck Disney for putting pressure on Rotten tomatoes for already disowning this movie. Not that Rotten tomatoes is the end all and be all.

They already had  the wrong storyline. And there are only 2 Captain Marvels. Mar-vell is one and Monica Rambeau is the other. And of course there will be a Maria Rambeau in the movie who will probably be the sidekick. Might as well have called her Bucky. Fucking Disney. Can’t you do anything right?

AND WHY THE FUCK DOES HER OUTFIT RESEMBLE SUPERMAN’S OUTFIT? HOW ABOUT SOME ORIGINALITY, MOTHERFUCKERS?

Monica Rambeau was the second Captain Marvel. Monica became the leader of the Avengers when Janet Pym left, and she was the first Black person to do so! When Thor was skeptical of her assuming the mantle of leadership Monica more than proved herself as  the new Chairman of the Avengers. To make matters worse, Rambeau also had to keep her eye on Doctor Druid who was too "ambitious" when attempting to take over as the new leader. Despite these challenges that would even have Captain America stressed, Rambaeu managed to pull what was left of Earth's Mightiest Heroes.
A fact often overlooked, forgotten and not respected enough. If you wanted to do a real statement instead of a fake one, fucking Disney, you should have made a movie about Monica Rambeau.
That would have shown guts and give more respect for the original material.

If you want to celebrate international women’s day with some role models in movie and TV watch The Avengers (Cathy Gale)The Avengers, (Mrs Peel), Coffy, Michelle Yeoh movies, Jeeja Yanin movies, Angela Mao movies and Xena. I am sure I forgot some more but all of them will be better than that piece of shit Captain Marvel. And yes, Captain Marvel is gonna save the day in Avengers : End Game. And you will all puke. I know I will.