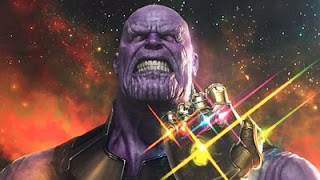 DISCLAIMER: This review contains spoilers. You have been warned. Read at your own risk.

Of all the Disney Marvel movies I only didn’t see Black Panther yet and I hope they don’t Lion King it. As for the rest, only Captain America Civil War, the first Guardians, Ant-Man and the first Avengers amused me mildly. Civil War because I saw a great battle on an airport. The first Guardians because it didn’t get too cute, but don’t get me started on the dance-off which is a sign of the apocalypse coming.  The first Avengers because we got to see an Avengers movie that did some things right.

So now I arrived at Infinity War. I had absolutely zero interest in seeing it. I was convinced they would make Thanos Ultron 2, i.e. a wisecracking villain and have a lot of stupid jokes. Needless to say they would add some stupid kid for the sympathy factor and there you puke.

So why would one want to see Infinity War? Well, to see an epic battle of good versus evil. If you know the original story written by the legendary Jim Starlin, you know it’s epic, so you know that Disney can only disappoint. And yet I was foolish enough to want to waste my time with it. What’s wrong with me?

The movie starts out with the first live kill being a black person.
Vintage Hollywood and not something to be proud of. Poor Heimdall bites the dust.
As if that is not bad enough they neuter the fucking Hulk. They absolutely neuter him. You would think that with a movie like the Infinity War the Hulk should be laying down the law and bust up some motherfucker and some buildings. Here he treats Thanos to some knuckle sandwiches until Thanos starts using the Power gem and beats the green out of the Hulk. And what happens? Disney comes up with a plot that Hulk chickens out after the beating and doesn’t want to get out of Banner anymore because he is scared shitless of Thanos.

Who came up with this crap? That guy or girl should be tarred and feathered out of the States never to be seen again. And who greenlit this shit (no pun intended)? Hulk is the strongest on there is, motherfuckers. They guy is too stupid to know when to quit and the madder he gets the stronger he gets so he fears no one. Well, not according to Disney. According to Disney the Hulk is a bitch. Motherfuckers. And speaking of bitches, the guy playing Banner is a bitch too. He is not funny and he is not Banner. Fucking Disney.

Now the Disney “humour”. That shit is a nightmare. Always was and always will be. Disney always try to make the people sheep by inserting some crap that is supposed to make you laugh on cue. The universe is about to get killed half off and you start wisecracking. What the fucking hell? This is supposed to be an epic story with an epic battle, but no, we should be laughing. Fuck this shit. We need to witness, destruction, carnage, bodycount and an epic battle. What we got was some major pussyfication in typical Disney style.

Now what really pisses me off is the Time gem thing. You would think that when you possess the Time gem you would learn to use it. I know I would. I would stop time, beat up a lot of annoying motherfuckers, and then unstop time so half the world can think:” WTF was that? And why did my lips grow? And why I am missing a few teeth and why did I shit my pants?
So back to the Time gem. Dr Strange could have stopped time, taken off the Gauntlet and stuffed it up Thanos’ ass. But instead he hands it over to Thanos like a bitch. How bad can you fucking insult your audience? Who came up with this shit and why is he/she still alive?

As for Starlord, I like Starlord, but when you think with your dick you are a two-finger forehead idiot with a single digit IQ. Hello, the universe is at stake so the least you could do is save it first, before you decide you need some action. You will have plenty of action after you save the universe, moron.
And DC should not be happy Disney stole Eclipso from them and put them in Infinity War. Eclipso is a badass villain, a nasty mean motherfucker. Heck, he would have been a much better villain than Steppenwolf (WTF?). And he is in a Disney movie now. The horror.

And what is up with Thanos’ wizard? You base him on the Guardians of The Galaxy villain Interface but make him a wizard.

And what is up with the black people being the cannon fodder in the movie?
Who came up with that shit? Oh, wait, that’s Hollywood we are talking about here.
Another problem I had with the movie is that it was way too much in space. This is Infinity War, no Star Wars. Fucking Disney, it’s bad enough you fuck up the Star Wars franchise that I don’t care about anyhow, but don’t "Star Wars Infinity War" this too!
Now for the characters. Spiderman sucked. That kid is so annoying you want to web him up and feed him to an anaconda. 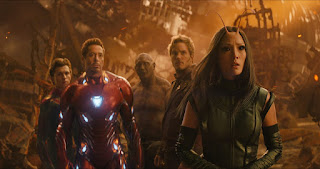 And where was Ant-Man, damnit? Motherfucker stole the show in Civil War and here he was nowhere to be seen. But no, they have to bother me with Spiderpunk, Iron Douche, Bitch Banner and Dead-eyed Asymetric-faced Widow. In case you didn’t know, I don’t like Sucklette Johannson.
And what the fuck did they do with the Red Skull? That guy is supposed to be a menacing motherfucker, but instead he is the keeper of the Soul stone. You know, the stone that should be in the possession of Adam Warlock who was nowhere to be seen thanks to Disney. What the hell was Red Skull doing on that planet? Might as well have called him Skeletor.
And who the hell decided to put Karen Gillan in a Nebula costume? That woman is fine so you cover her up. Great thinking.

It doesn’t surprise me that Disney managed to screw up such an epic story like the Thanos Quest and the Infinity Gauntlet. They really had the chance to make something special and they dropped the ball as always. No surprise there. I hate you, DC, because you are not able to school Disney on how a superhero epic should be done.
So, is there anything I liked in the movie? Yes, there was. Here is what I liked:

1. The superhero fights. I do have to say, despite the movie being pretty lousy, the Russo brothers know how to do superhero action. It was probably the highlight of the movie.
2. The intro of Captain America in the movie (not as good as Casey Jones in the first Turtles movie or the Baseball Furies in The Warriors, but it was well done)
3. Thanos using the time gem to get the mind stone.
4. The evil chick. She was hot.

Did I say I say I severely hate Groot? It was such a loveable character in the first Guardians until they made him Baby Groot and neutered him and I wished him multiple horrible deaths. Disney needed to sell Baby Groot merchandise, those motherfuckers. How about selling us a good movie instead, Disney? I don’t need your stinkin’ Baby Groot dolls. 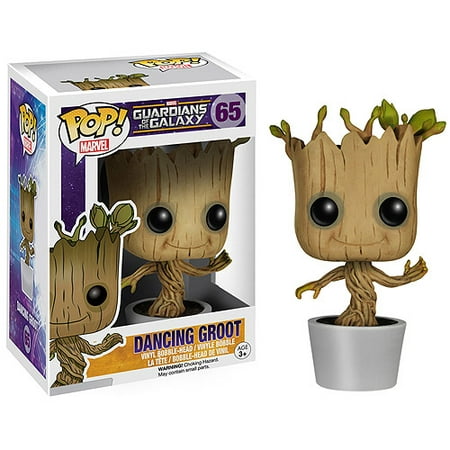 So the first part is over. Thanos annihilated half the universe. Now we must wait another year to see the conclusion. And what a nightmare that will be.
We saw that Ms Marvel is coming and seeing the female empowerment bandwagon of today this means Ms Marvel will save the day in Infinity War 2. It is just such a shame that Hollywood wouldn’t know girl power if girl power fucked Hollywood in its well-fucked ass. And everybody knows how much Hollywood likes to get it up its ass. That doesn’t mean the audience needs to get it up its ass as well, Hollywood and Disney. Motherfuckers!!

Known as "The Hell up in Holland", Bop is a lover of action films, be it  revenge thrillers, Grrl Power, (Femme fatales kicking ass.) Blaxploitation, and niche films (Underappreciated Cult classics.) He's known for being outspoken especially when it comes to his disdain for most things, Disney.
"Reaction" "Second Opinion" Avengers Infinity War Bop! DCEU Marvel Cinematic Universe My bro Racism