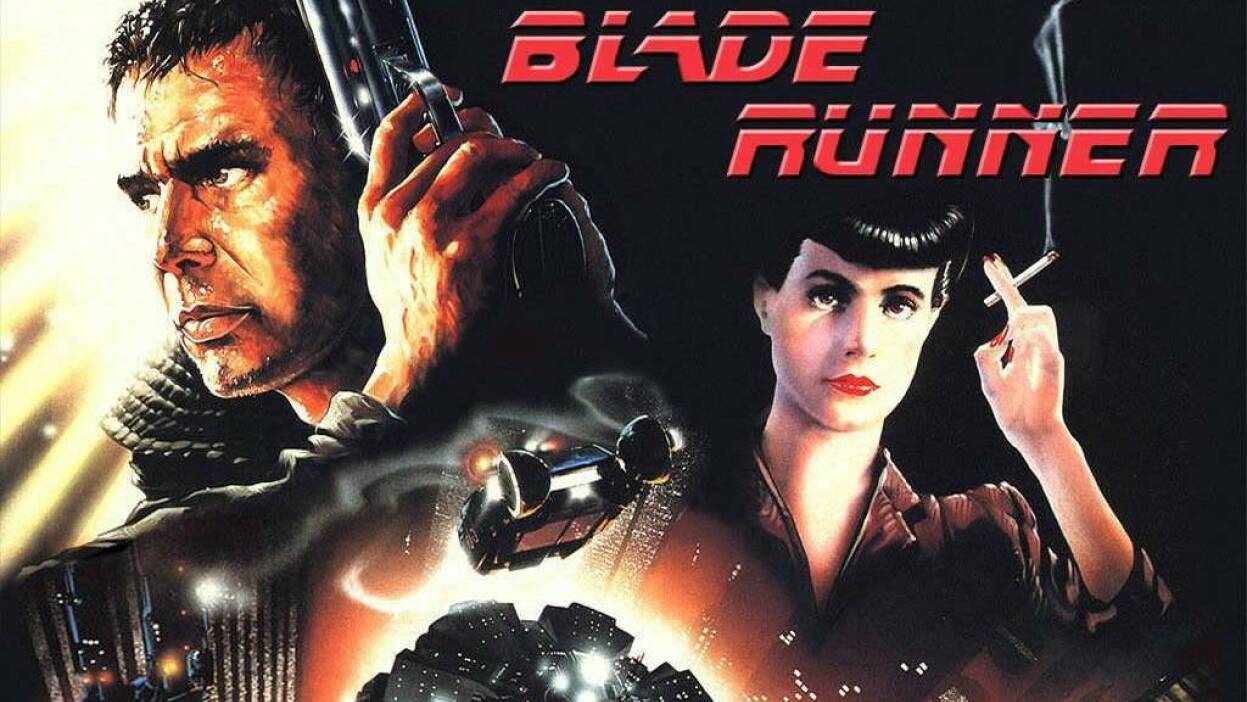 Written by Stalkeye
As I have often mentioned how the 80's was the rebirth of popular culture whether it was Television, Music or Cinema. The latter especially thanks to its nuanced approach to filmmaking. 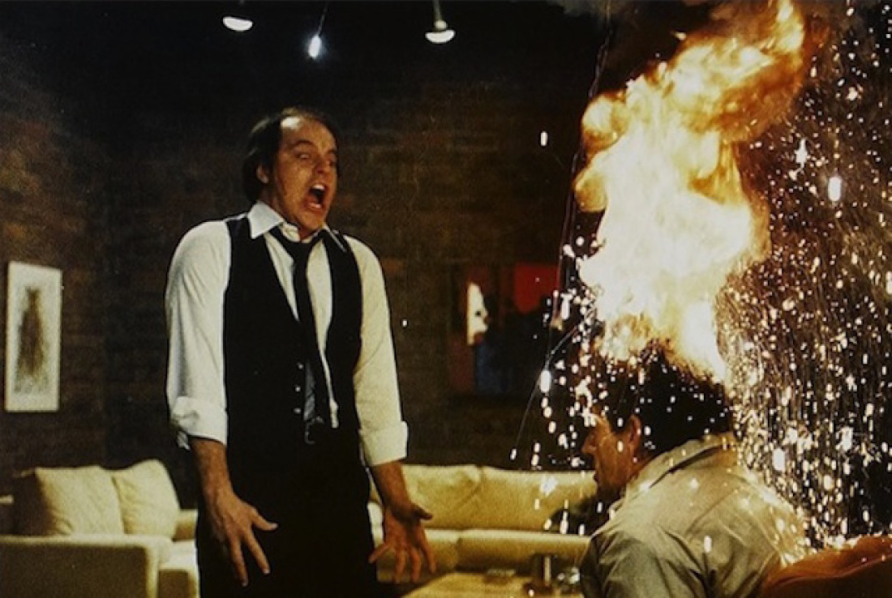 So, after the Avco Embassy boom from 1980-1981 that contained one independent hit after another: The Exterminator, Scanners, The Howling, and of course, Escape from New York, the momentum from the early Eighties did not show any signs of slowing down. And we're not talking about summer blockbusters from Major studios during that time frame like, Empire Strikes Back, Superman 2, Raiders of the Lost Ark and The Road Warrior just to name a few.
So, now it's June 1982, where two films simultaneously were released to compete against each other and some Spielberg movie about an alien visitor.
Apparently, John Carpenter’s The Thing and Ridley Scott's Blade Runner were no match for this family friendly film during the time of a recession and uncertainty, especially when both films were nihilistic in scope. But years later, thanks to the advent of Home Video, they became high-regarded films achieving not only cult status but was far more influential than E.T. the Extraterrestrial. 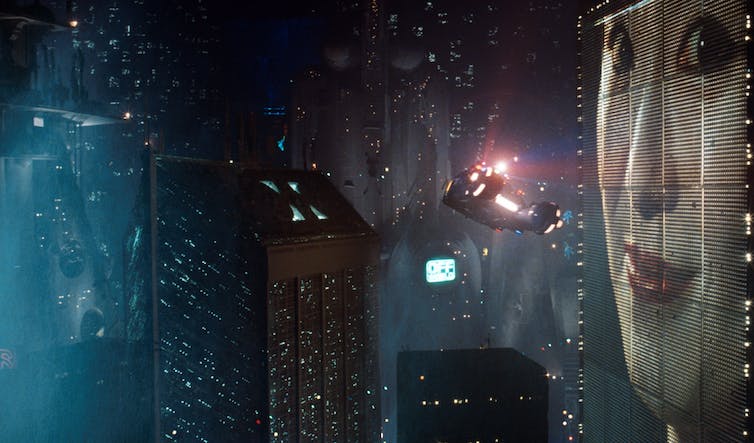 Blade Runner based on Author Phillip K. Dick's Do Androids Dream of Electric Sheep, is a high conceptual Sci-Fi thriller told in a Neo Noir perspective with stunning dreamlike visuals within a nightmarish Los Angeles 2019 where genetic engineered humanoids called "Replicants" are utilized for combat and sexual pleasure. To keep the Replicants from adapting emotions leading to independence, the scientists at the Tyrell Corporation had added a "fail safe" device that will shorten the Replicant's life span to four years.
But that didn't prevent six Replicants aka "Skin Jobs" from escaping the Off-World colony and killing several people in the process. They sought out their creator, in hopes of adding more years to their very limited time on or off earth. 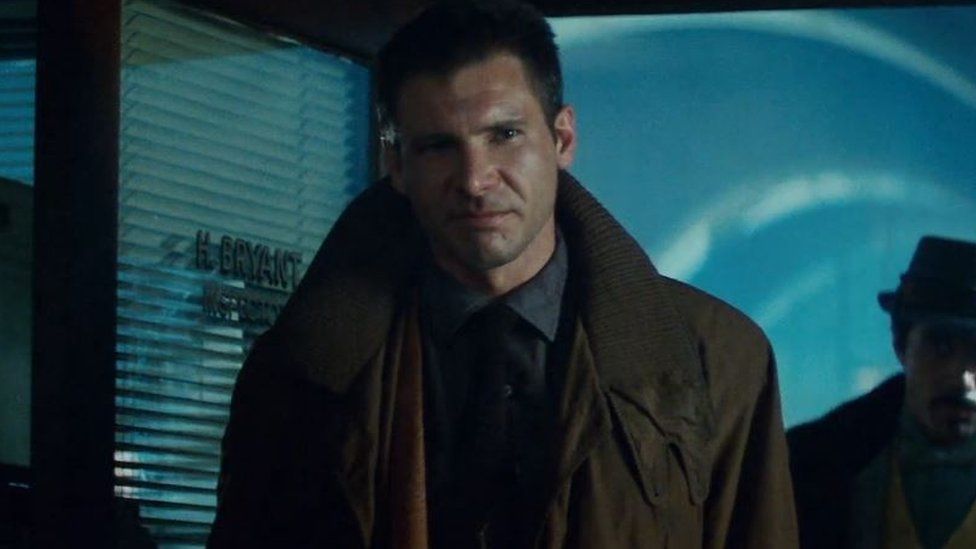 In steps, Detective Rick Deckard (Harrison Ford) who is once again commissioned to track down and kill the escapees. This method is referred to as "retirement." Scott's direction and pacing immediately sucks you into this bleak vision of LA where pollution has caused constant rainfall accompanied by a migrant Japanese population who brings a cultural effect during street level scenes as well as electric billboards the size of a six story building. 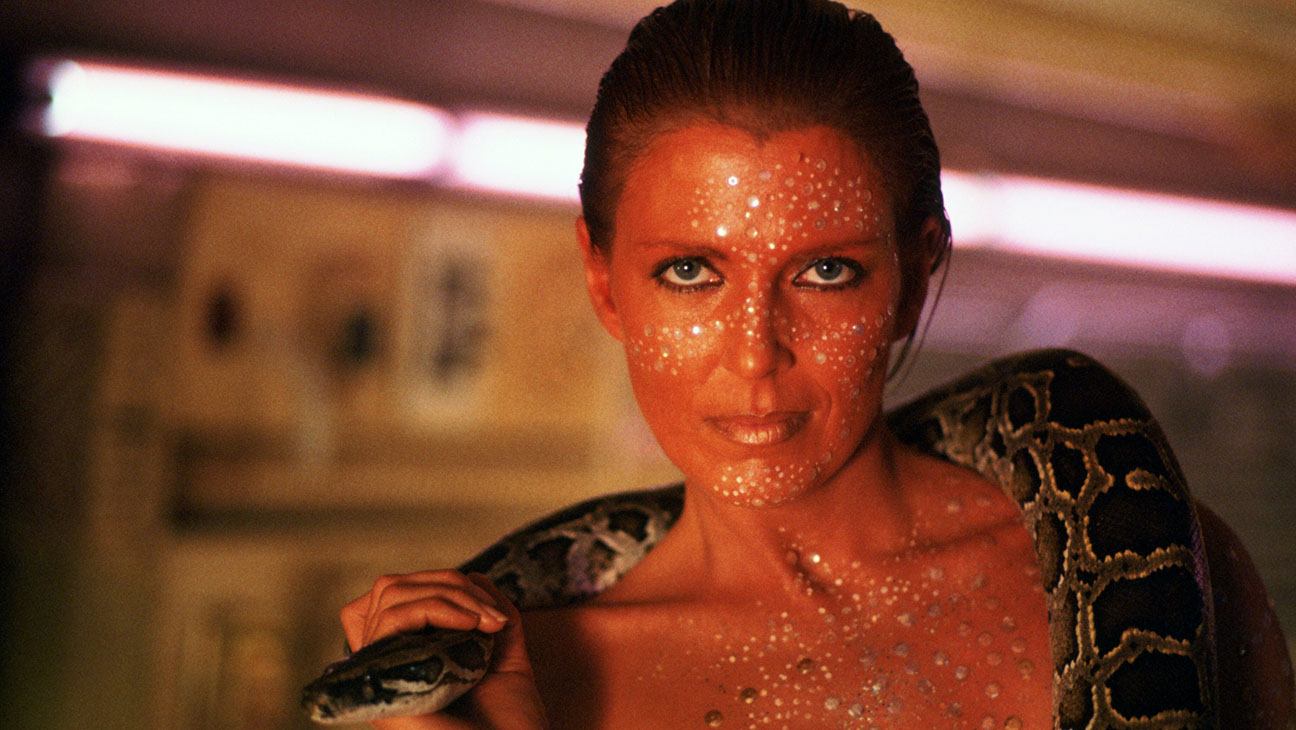 On its surface, Blade Runner is a futuristic spin on a Detective tale with a modicum of romance, but there's so much more to this classic, its existentialism makes this a thinking man's science fiction tale without coming off as esoteric nor the need for major action scenes.

It's all in the story and intriguing characters, like say, the film's protagonist, who we are led to believe that it is Deckard who is the hero in this story. However its quite the opposite perspective due to a subtle sleight of hand when you have Replicant fugitive Roy Batty (Rutgar Hauer) as this freedom fighter, who seeks to gain more years for him and his brethren after freeing themselves from bondage and oppression.
In hindsight, the narrative is meta when you see Batty as the abolitionist while Deckard who is also a Replicant, an Uncle Tom who hunts escaped slaves for "Massa."  And not many viewers grasped this until recent. And if you thought Rick’s image was questionable then, how many would be offended today after watching him impose himself upon Rachael,(Sean Young) that looks as if he sexually assaulted her, and that may seem very uncomfortable to many in today’s sociopolitical climate. While once can say "interpretation," the writing's on the wall. Even I was slightly taken a back after re-watching that scene a few weeks ago! 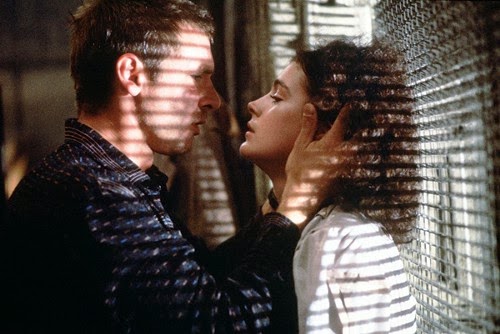 The film moves at a steady pace, and I can't think of a minute where I felt bored. As a matter of fact, I was immersed with Blade Runner's World building be it the premise, the spectacular visual effects that are still impressive even in the climate of CGI Douglas Trumbull's work, is legendary! Then there's the brilliant soundtrack courtesy of Vangelis which gives off a futuristic fairytale vibe with its piano cues, synth and saxophone that compliments the Noir aspect. 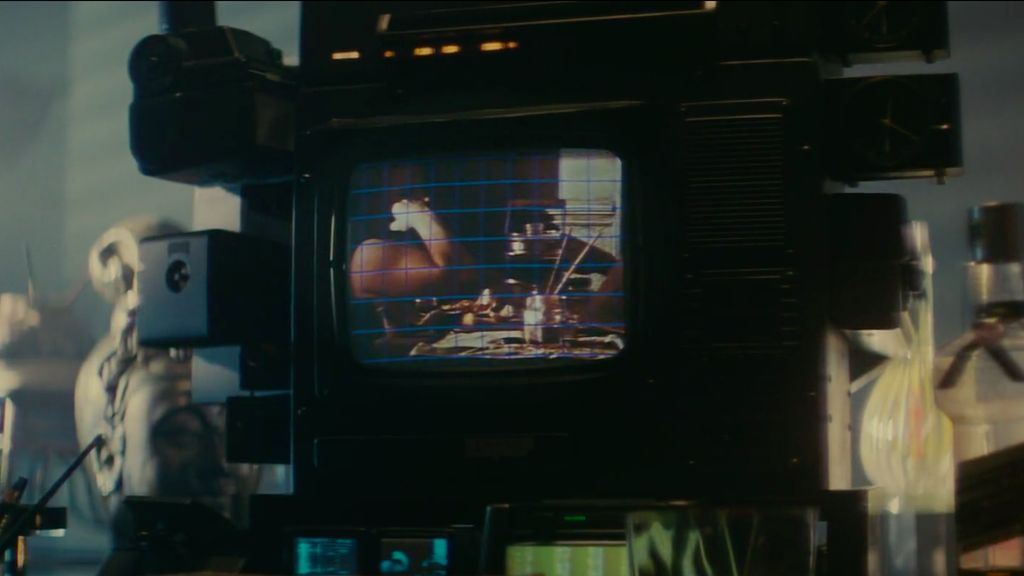 Blade Runner's technology with smartphone, voice activated screens and even independent Artificial Intelligence has foreshadowed today’s tech which is for the most part, now mainstream. But we're not there yet with the flying cars. 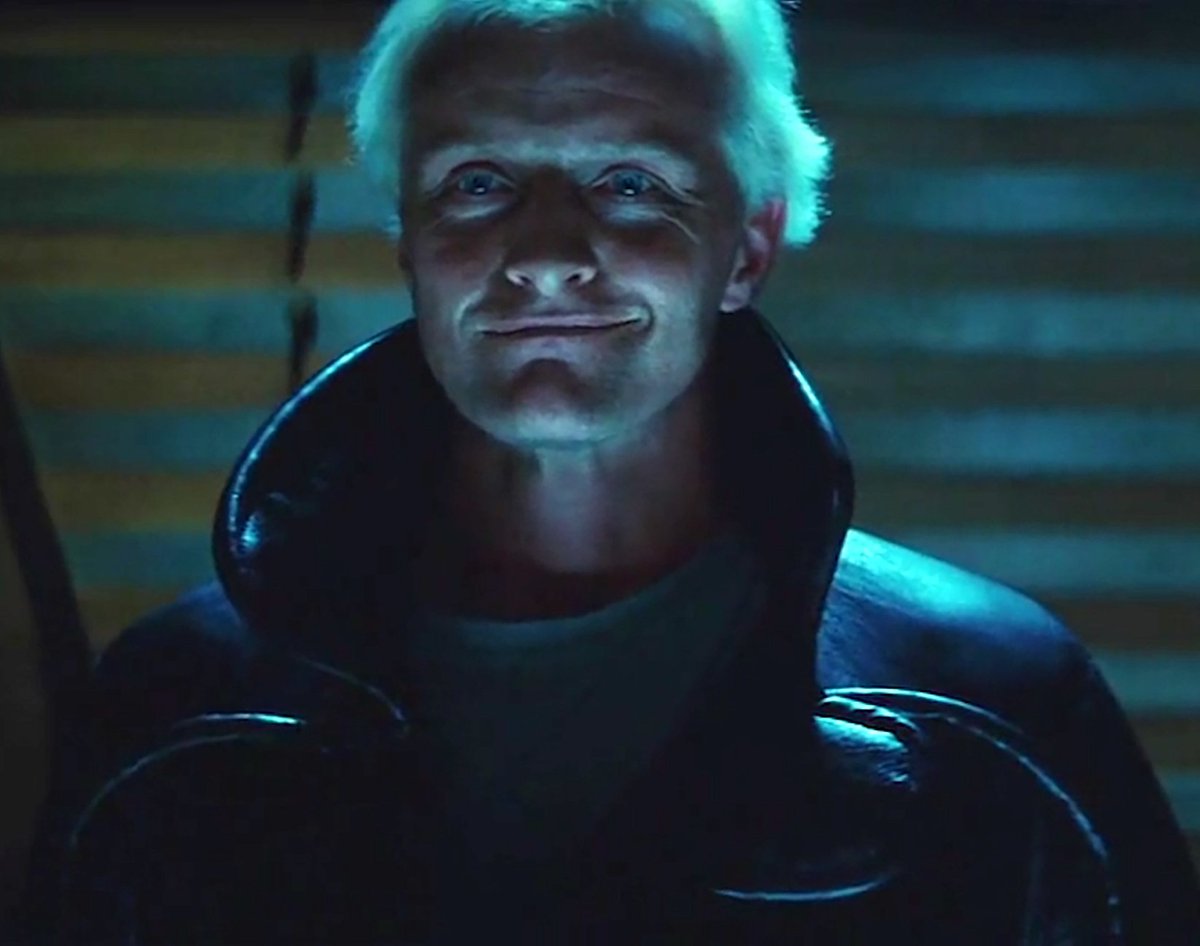 The film's ending is more ambiguous than cathartic. As Roy's lifespan is about to expire, his final deed serves, as an epiphany for his pursuer. Roy saves a helpless Rick from falling to his death, and instead of delivering a well deserved finishing blow since rick killed both Zora and Priss, the tragic "villain “waxes poetic via an amazing soliloquy proving that Replicants are capable of being "More Human, than Human"!
Could it be that Batty realized how Rick was being used as just some pawn? Or could it be that his selfless act, would garner sympathy and serve as this catalyst for Deckard's awakening? Knowing the character, Rick is more compelled to flee with his (fellow) Replicant lover Rachel away from Los Angeles but there was uncertainty until the 2017 sequel Blade Runner 2049 appeared in theaters. 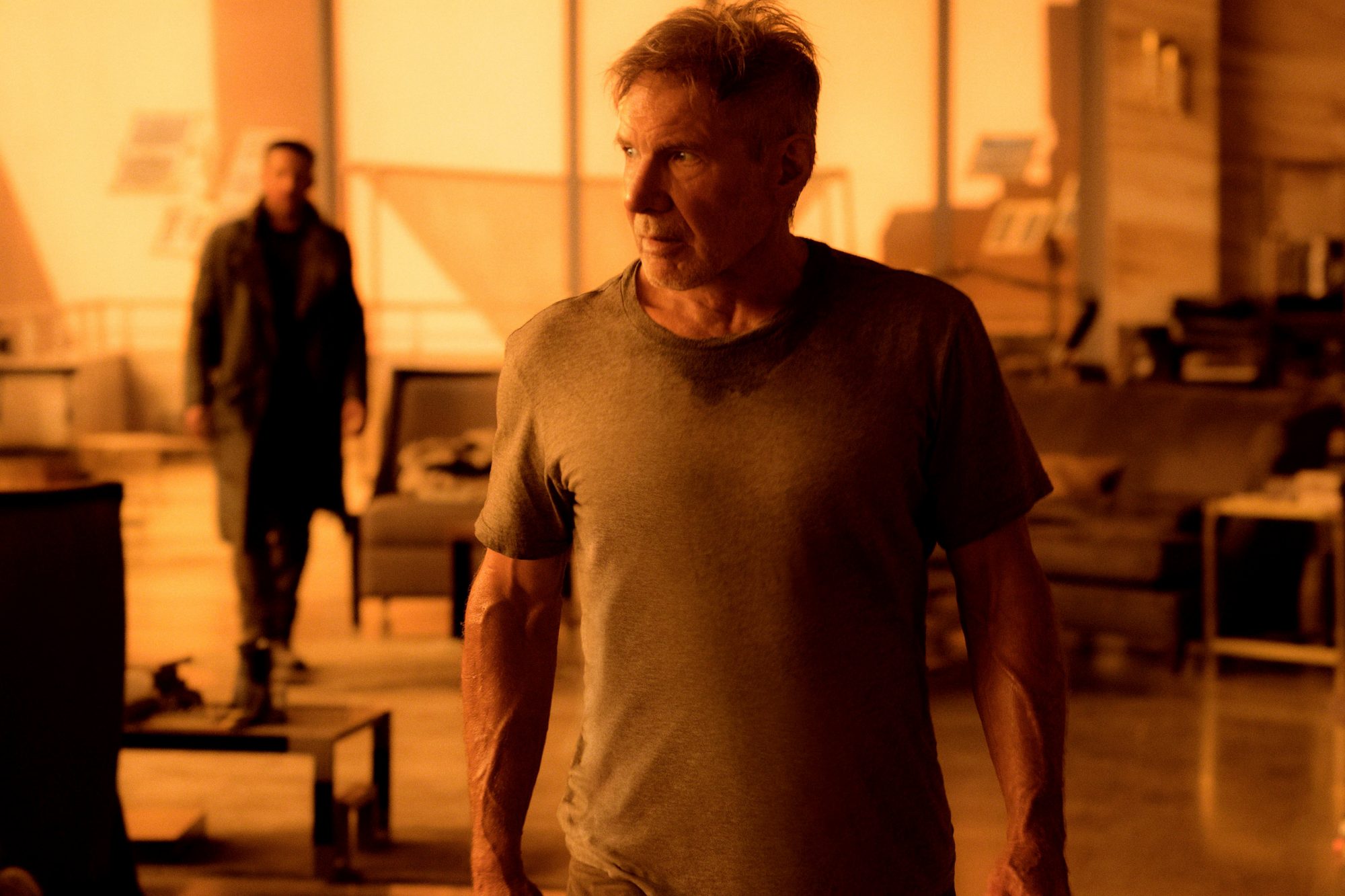 Blade Runner is the Cyberpunk classic! The aesthetics and setting had landed a major impact in popular culture, that served as an influence on many films, television series and videogames! You can't say the same for Spielberg's E.T. the Extraterrestrial.
Sadly, both Trumbull and Vangelis had passed away recently however, their contributions and legacy, shall live on forever. Rest in Eternity Rutgar Hauer. 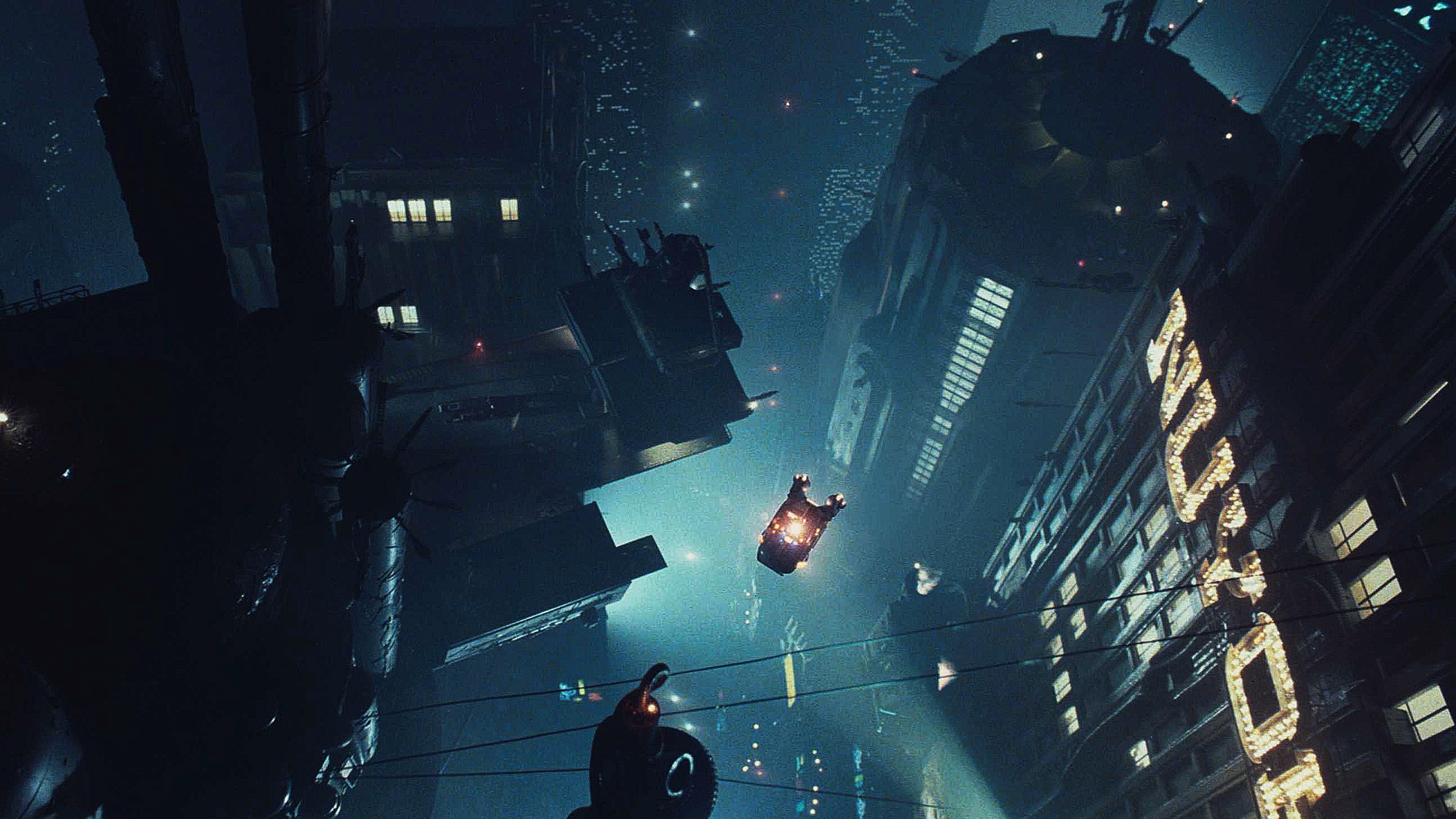