"Thank you Next..!" Give credit where credit is due. 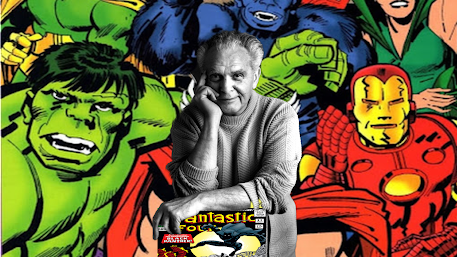 In a recent article courtesy of the guardian,   there’s a familiar topic of many artists and writers within the comicbook industry not being compensated for their contributions  especially in regards to movie, television and merchandising profits. Some are just given a $5000 check with a “Thank You” note for the use of their characters and concepts that made billions of dollars at the box office whether its Marvel Studios’ Avengers Endgame or Warner Brothers’ Batman Vs Superman. And once again, this does not include the merchandising! The work for hire “ethic” where artists agree to receive compensation for drawing and storyboarding comic panels and waiving their rights to receive monetary residuals from media projects that also include videogames is not only a shady business practice but very exploitative! I would compare it to “White Collar Sweatshops” where exploited talent had occurred long before Jack Kirby’s falling out with Marvel. Look at what happened to both Superman creators Jerry Siegel and Joe Shuster, who signed away their rights to royalties for $65 in 1938. “Sixty-Five fucking dollars”! Superman alone, is worth over 65 billion when you take in all the films, comics, videogames, television series, action figures and clothing! 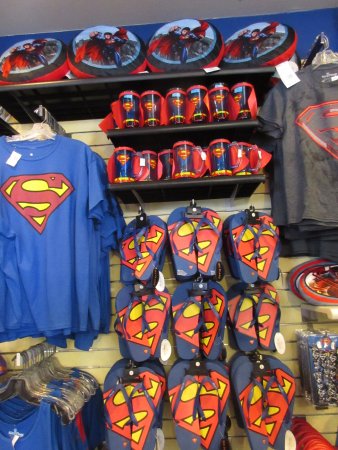 But wait, it gets even better! Remember whenever watching a Batman movie, you would see “Batman Created by Bob Kane”, during the credits? Well, as most of you are now aware that Kane wasn’t the sole creator of the iconic Dark Knight, it was in fact artist Bill Finger who was responsible for the Batman mythos, not only did Finger redesign Batman’s overall design, but he introduced supporting characters Robin, Batgirl, Riddler, Penguin, Two Face, Catwoman and the Joker! Oh yeah, he also created the Batmobile too. While Kane was reaping all the rewards and getting the celebrity treatment, Mr.Finger sadly, Finger died penniless and in obscurity, thanks to Kane denying Finger anything more than just a subcontractor  or Ghostwriter who executed Kane’s ideas. This was not just unethical, but pure evil. 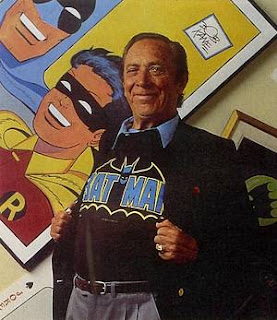 For the full story, you can watch the documentary “Batman and Bill” available on HULU or through this link.
"Stan Lee is Hollywood.  He has been Hollywood for almost as long as I have been writing and drawing comics.  So, "thief and opportunist"?  Well, that's Hollywood, isn't it?
Anyhow, Stan is not Marvel Comics--he doesn't own the company or run things there.  Fans perceive him differently especially these days.  Corporate types run things at Marvel.  For Marvel as a company Stan is a brand name, licensed and paid for.  And he is a deal maker and movie producer (well, same thing, really).Most comics fans have no idea what is involved in creating a character for the comics.  The assumption is usually that if the writer and artist worked together on something new, then they are "co-creators".  That's not always the case."
-Former (Anonymous) Comic Illustrator 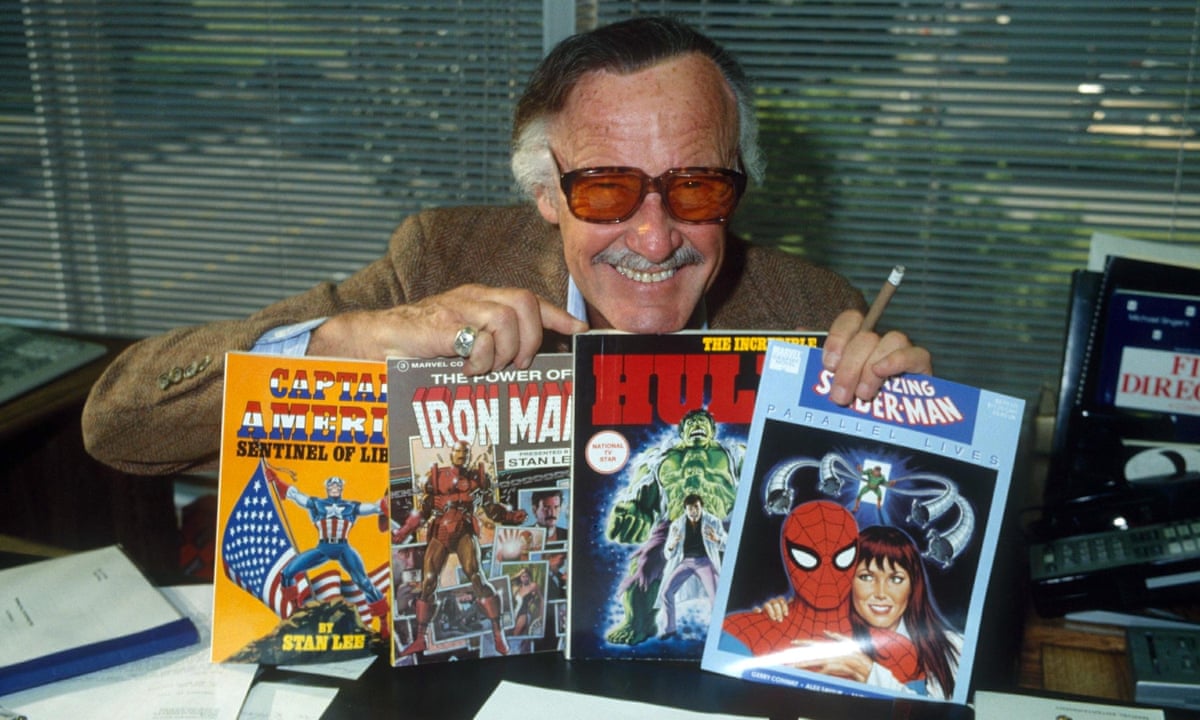 Stan Lee is often celebrated as the founding father of Marvel and to so many geeks, a god however, he was far from the image that he and many others had presented. Way back during the mid to late eighties, there was an article from the NYC Newspaper, The Village Voice who done an expose about why Jack Kirby had left Marvel for the second and last time. While Kirby’s collaboration with Stan Lee, propelled Marvel to nearly unparalleled status, it was Lee’s constant promotional pitch that made him more familiar to the public eye yet most of the ideas behind the Lee/Kirby books were in fact, Jack Kirby’s. It was Kirby who introduced both Galactus and Silver Surfer oh, and that’s just a drop in the bucket compared to his other implementations. Kirby felt that Black People who *Gasps* read comics, were not represented compared to the homogenous Caucasian status quo, thus it was his suggestion to introduce the first black superhero in comics, as a result we have the Black Panther, who the character did not adhere to silly stereotypes, but he was richer than Bruce Wayne, had the fighting prowess of Batman and Captain America, but is a scientific rival to the likes of Reed Richards. To think how Black Panther was released during the turbulent 60’s, demonstrates how progressive Kirby and Lee were. Despite his incredible contributions to what was referred to as “The House of Ideas”, Jack (Kirby) was horribly mistreated. When the 1990 Albert Pyun directed Captain America premiered, the movie poster further fueled the wraith of Kirby, who ripped up the poster that listed Stan Lee as the “creator” when it was Kirby and Joe Simon who was responsible for the Star-Spangled Avenger.

When Kirby requested all of his original art back, but Jim Shooter, who was then Marvel’s editor-in-chief, refused to comply with Kirby’s pleas unless he signed an extensive release form allowing the company to acclimate his creations – not limited to the Incredible Hulk, the Fantastic Four, Black Panther and of course, the X-Men without any compensation whatsoever! What happened to Kirby as tragic as it is, serves as a metaphor of Black Americans who had given so much to this country be it inventions, military service, medical science, politics, and pop culture, yet treated like third class citizens. That said, August is "Jack Kirby Month." The King may be dead, but his legacy lives on! 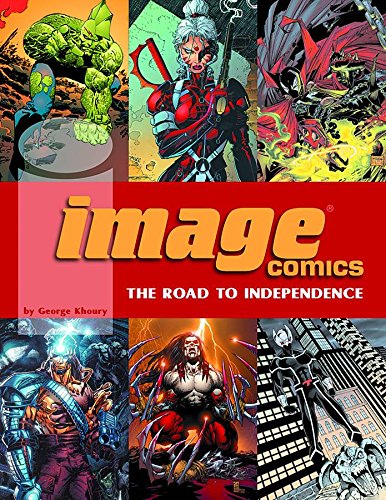 Marvel’s mistreatment of Kirby served as the catalyst for artists such as Todd McFarlane, Jim Lee and Rob Liefeld to form their own Comicbook company- Image after abandoning Marvel altogether. This along with other events had set the precedent for further acknowledgement of contributors receiving some recognition but as for royalties, its still a long way to go. The Kirby Estate sued Marvel resulting in a settlement estimated at $100 Million. Jim Starlin Creator of Thanos received a bigger payout from Batman Vs Superman for his KGBeast character, than the previous Avengers films save for Endgame. Meanwhile, Bill Mantlo creator of Guardians of the Galaxy, has been in a Nursing Home for over 27 years due to a head injury with his brother and caretaker, Michael, had raised money via Go Fund Me to offset the medical costs. Sadly, Michael died in 2020. Marvel’s Guardians of the Galaxy films have grossed over $1,639,995,496 Worldwide.

Bill Mantlo, the creator of Rocket Raccoon—voiced by Bradley Cooper in films that have made billions—has been medically incapacitated for 27 years, and his care has bankrupted his brother Michael. If Disney won't help him, we can. #AvengersEndgame https://t.co/ZMzrp1ZuI1