So Stan Lee died a few weeks ago.

Imagine a time in which there is no internet, PC, laptop, smartphone, tablet, CD, mp3, mp4, avi, xvid. Also imagine that you don’t have money for a VCR. And while we are at it, imagine that you only have 2 hours of cartoons on Wednesday afternoon and 1 hour of cartoons on Saturday and only 2 native TV channels. What do you do with the rest of your free time then? In my case I played football (soccer), basketball and baseball on the streets. Next to that you cycled around in the neighborhood on your bike or went to the forest.

And if you had some energy left you went to the library to get 2 European comics a person to take home for a week to read. At one time that turned into going to the library nearly every day just 2 get 2 new comics to have for the evening. Nobody gave a shit about American comics over here, but they did give a shit about The Incredible Hulk TV show. It kept people off the street including me.

The Incredible Hulk TV show piqued my curiosity a lot. There was something so cool about a green strong dude who ragdolls people who deserve it. Did I know the Hulk was from Marvel? No, it was not until my parents brought me to a small mall in which the cover of a Hulk comic piqued my interest. 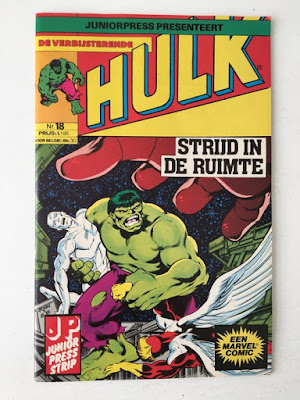 Next to the Hulk lay a Spider-Man comic and I was like:” Who is this blue and red dude imitating Tarzan? He looks cool.” 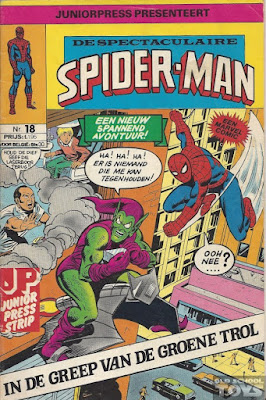 That was my introduction to Marvel comics.  My introduction to Batman came through this comic and very ironically the first DC comic I read had Deadshot in it, who is still one of my favourite characters today, but got disrespected and nuked by Warner Brothers and Will Smith. However, Batman comics were hard to get. 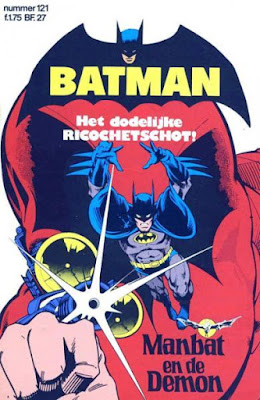 So next to the European comics now I had American comics to read. And that is how my Marvel comics reading started. And that is where the name Stan Lee popped up.

But it is not Marvel comics I want to talk about but Stan Lee. Was Stan Lee innovative? To me the jury is out on that one since the more you read about him the more you wonder how much ideas he stole and what was really his. Does he deserve all the credit? Hell, no and it is a shame that the media gives him all the credit.

After looking back at all the stuff, I realized I have big problems with some things Stan Lee did and I think he threw away all his cred with his actions.

When I used to read Marvel comics a Marvel comic started with “Stan Lee presents” . As a kid I thought that Stan Lee wrote drew all the comics, so he must have been awesome. I didn’t know better than let alone that I read the credits of who wrote and drew the comics. So first, that was misleading as fuck. Second. That shit stayed for years. Even when Stan Lee wasn’t doing anything anymore besides being a backstabber and a corporate puppet it was still Stan Lee presents.

As if the motherfucker did everything. If he were a real man, he would have told Marvel to knock that shit off. What boggles me even more is how he managed to even get “Stan Lee presents” in every comic. If that doesn’t tell you the ego of the man, then I don’t know what does. In my eyes he would have been more legendary had he put a stop to that. Now he is just a punk, who got lucky he got to work with some real visionaries who brought his scripts (if they were really his) alive and a punk who didn’t care about correcting the fact that he didn’t do everything all by himself.

And how about Jack Kirby? Stan Lee fucked him over royally and never had his back. Without Jack Kirby there wouldn’t have been a Stan Lee. Even the dog on the street would piss all over Stan Lee.
With what Stan Lee did to Jack Kirby, showed what an honorless bastard he was.

What passed me off even more was that Stan Lee was such a corporate puppet. He chose money over integrity. As if he didn’t have enough money already. And this guy is celebrated? Give me a fucking break.

And what the fuck was that 1975 pornostrip he wanted to propose to Playboy? He dragged poor John Romita Sr along for that shit, but fortunately it never came to fruition. What was Lee’s fucking problem proposing something like that? Was he trying to be edgy? One look at him tells you he wouldn’t know edgy if it hit him in the face with an overpriced Marvel trade paperback.

Another shot at a failed redemption was when Lee sued Marvel in 2002, because Marvel was failing to pay the 10% of any future profit that was promised to Lee. They say that it was settled in 2005 for a 7-figure amount. You think he would have given some of that money to Kirby’s family or any other artists that have been done wrong by Marvel? Hell no. As if getting 1 million dollar a year was not enough.

I also blame him for not taking a stand against the Disney takeover. Since he wanted to be the poster boy for Marvel so badly he should have taken a stand and said :”Fuck you, Disney. Fuck you and the mouse! We don’t need you. We are fucking Marvel! We carve our own path!” And he should have made sure that Marvel never sold to Disney. But Stan Lee and backbone should never be used in the same phrase.

When Marvel almost went bankrupt you would think that Stan Lee did something to prevent it?
Hell no! And at that time, I really hoped Marvel would go bankrupt, because they managed to manipulate people in buying so many shit comics that you wouldn’t even wipe your ass with them now. That they survived was pure luck and Marvel never became the same again. Not to mention how shit Marvel is now. Not to mention that they sold their asses to Disney.

One of the worst things I read was that once a guy went to a convention and was a big fan of Stan Lee. He wanted some of his comics signed by Stan Lee. Lee’s agent told him Stan would sign each comic for 100 dollars apiece. Disgusting! And such a man is celebrated?
What a bizarro world we live in.

Despite being a money hungry bastard, he only had one mission to do and that was get Kirby all his art back which is estimated between 10000 and 13000 pages and have Kirby get some financial compensation. Instead he chose to be a selfish bastard and grab that money.

As for the cameos? I fucking hate them! Whenever I saw his mug in a movie I was thinking:” Here is the screwer of people and the stealer of credits again.”
Excelsior, my ass! 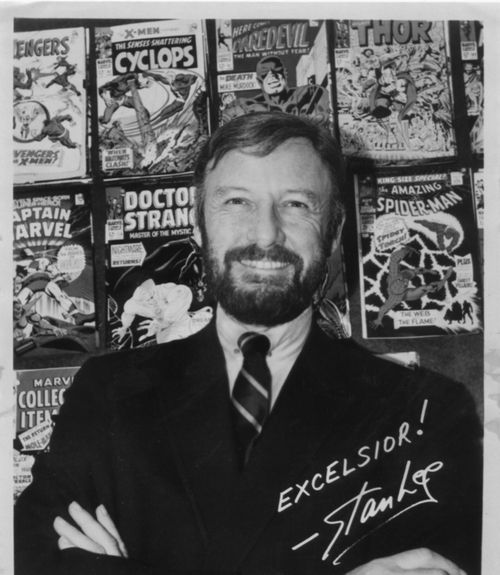