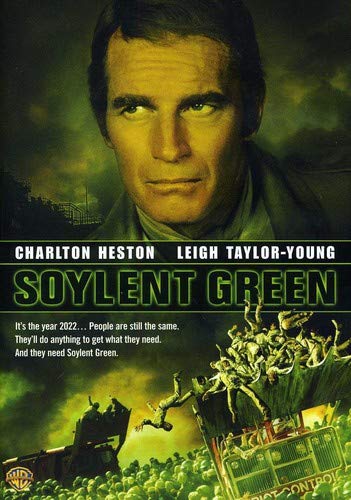 Welcome to another installment of "This-is-Dystopia " a series dedicated to my favorite Dystopian films of old that as with many science fiction films, foreshadowed what's happening in the world today!
After the minor success from 1971's The Omega Man and prior to that, Beneath the Planet of the Apes, Charlton Heston once again, finds himself back into a nightmarish world of uncertainty! 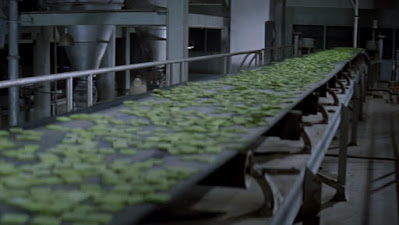 In the 1973 futuristic ecological thriller Soylent Green, New York City and perhaps the entire world, is heavily overpopulated. To complicate things further, Man's carbon footprint,depleted oceans and the Greenhouse effect has led to a severe impact the swelling population's food supply. To offset hunger imbalance and scarcity issues, the Soylent Corporation manufacture and distribute their self-titled high protein food that look like some green or yellow tinted graham crackers, presumably constituted from plankton cultivated in the seas.And marketed to the starving masses with the infamous promotional tag "Tuesday is Soylent Green day!" 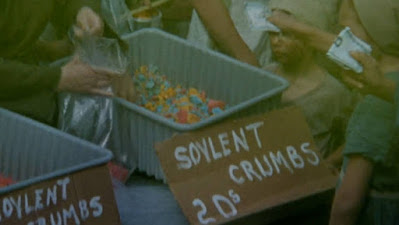 After the corporation's executive officer is murdered, in steps NYPD detective Robert Thorn (Charlton Heston) who investigates the crime scene and just when he moves a notch closer to unraveling this mystery, Thorn is abruptly pulled off the investigation. But that cannot stop a tenacious Cop from solving a case and with it, an earth-shattering conspiracy! 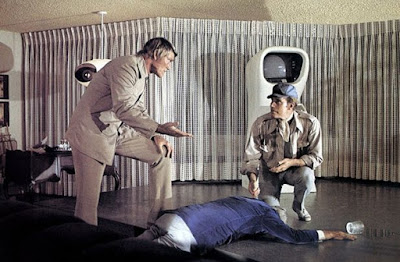 While not as venerable as other Science Fiction films of its era, Soylent Green serves as another example of well executed high conceptual films beginning with an ingenious introduction of this "new world" via a montage introduction sans narration nor captions, when depicting the evolution of society’s advancement and decline due to air pollution and overpopulation. (I guess society was not as "advanced" after all since they never bothered to use birth control pills.)

When Soylent Executive William Simonson, is confronted by his assailant, he unreluctantly complies with the attacker's impending course of action. Right here is where the conspiracy elements are put into place when afterwards, Thorn  deduces that the murder was really an assassination. And while he gets the memo from a Politician to back off, Thorn goes from interrogating persons of interest beginning with some "Breck Girl", Shirl (Leigh Taylor) who was Simonson's "Furniture", an insensitive nomenclature used for hired live in companionship i.e., Concubine or Prostitute. And in doing so, the deprived Detective helps himself to Simonson's commodities be it, liquor, cigarettes, and even sexual favors as in Shirl's case. Thorn may at first seem amoral, but he is not devoid of compassion as demonstrated in his relationship with Sol and developing feelings for Shirl. 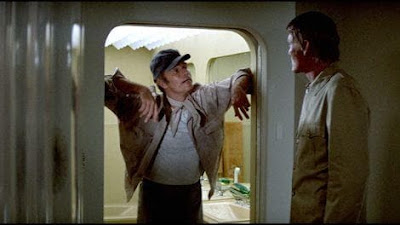 However, it is his stubborn conviction that puts him at odds with his department and worse, those who want to silence him among a few others should the get too close.

Don’t be fooled by Soylent Green's PG rating, it’s certainly not recommended for the kiddies! There are some violent and dire moments, including headshots, stabbings, a deceased woman with her son tied to her arm, Simonson getting whacked with a crowbar, or a guy getting squashed by a Scoop. A retrofitted sanitation truck with a forklift attached to the frontend capable of scooping unruly mobs and dropping them into the flatbed ergo the name "Scoops". 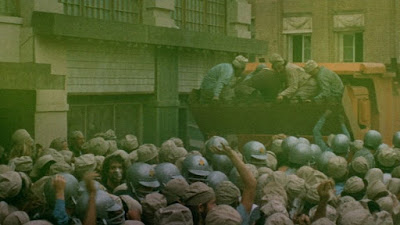 Shirl's fate as a piece of "furniture" is pretty much conclusive with a "business as usual" coda however, in a movie like Soylent Green, or Heston's previous nihilist roles, you will not get to see our hero run off with the girl while riding off into the sunset.
Hey, that's what Dystopian films are often known for after all amirite? 😉
It seems as if poor Chuck can never get a break! Its no wonder why he ended up a bitter curmudgeon during his last days, but perhaps I’ll save that for another writeup. 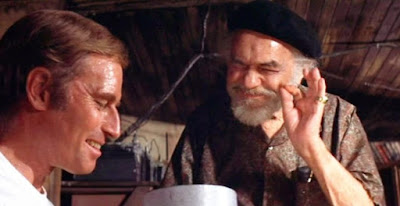 While 1971's The Omega Man is still my personal favorite of the Heston Dystopian Trilogy, Soylent Green deserves serious viewing attention for being an uncompromising nightmarish world where the elderly goes to die at the Euthanasia Centers due to lack of hope or just making space for an already congested climate.(The movie is based on the novel; “Make Room! Make Room!”) It is a straightforward narrative and just when you discover a glimmer of hope or some finite catharsis, the rug is pulled from beneath you via an ambiguous ending. Heston gives it his all as a gruff detective who has a tight bond with his partner Solomon "Sol" Roth (Edward G. Robinson's last role.) an elderly academic who often makes references of the old days, whether its reliable resources, food, or other things we often take for granted as seen from of the major highlights, which involve Thorn and Sol sharing a meal confiscated from Simonson and Tab's crib. Sadly during the 3rd act, after Sol's research is concluded, he "calls it quits" when learning what the titular foodstuff is mad from.

Director Richard Fletcher brings out the best in both Heston and Robinson's emotional characteristics, and impressive aesthetics when filming exterior shots with a greenish filter like the Movie's title. When you see how the unruly mob is disbursed via Riot control officers. 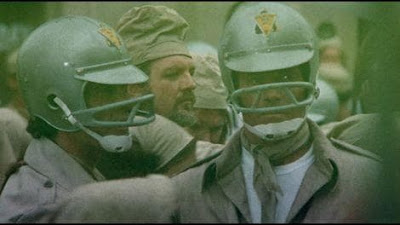 After 48 years, Soylent Green;s message is alarmist and aptly so with the metaphor of  Man being the harbinger of death should their responsibilities to nature and each other, remain unchecked. 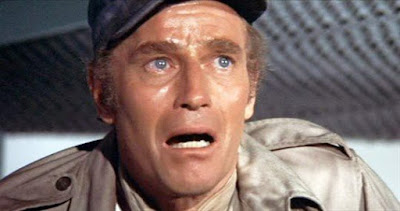 So, Stalks what's the relevance?
Caution! ⚠️ This segment contains major spoilers! Read at your own peril! 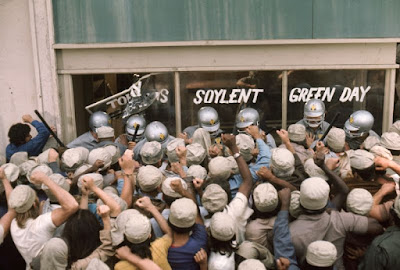 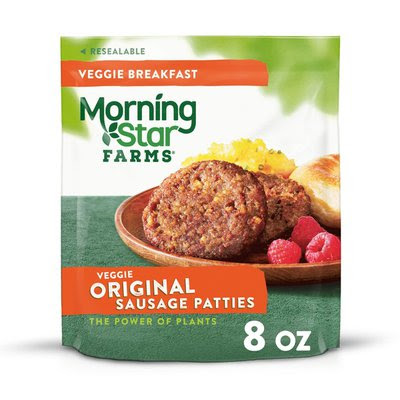 Just don't inquire how the sausage is made! 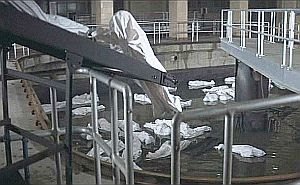 So, what have we really learned from this movie? Corporate America as always, comes up with a quick fix that gives new meaning to the adage: "the cure is worse than the disease."
Or, better yet, "you are, what you eat!" Soylent Green is available on HBO MAX. 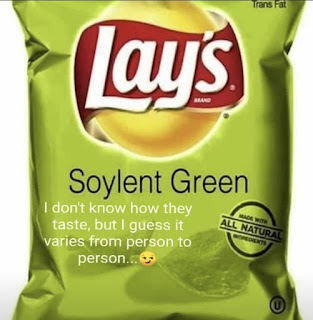 Recommend if you like:  Escape from New York, Deathlok, Blade Runner, Silent Running, The Omega Man and OMAC 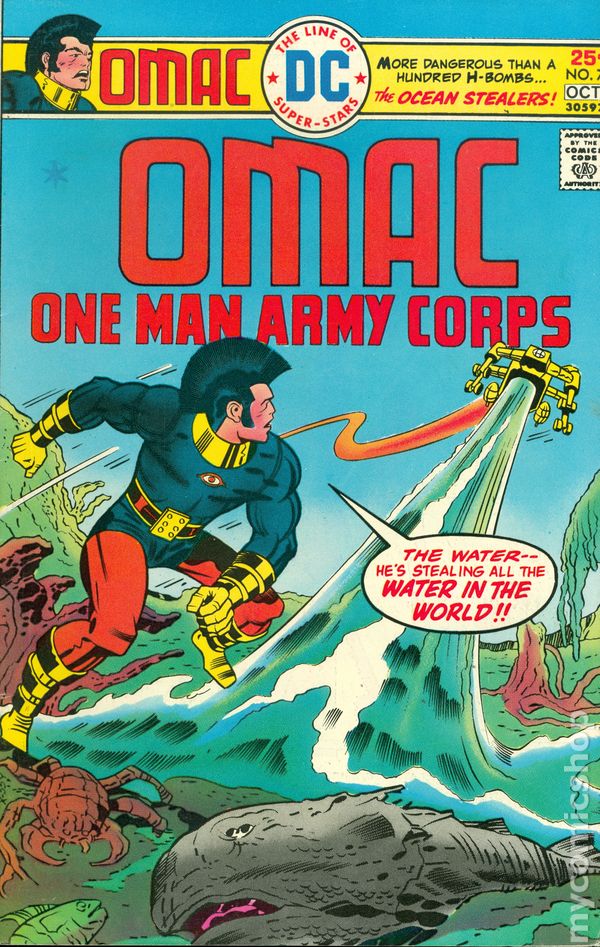