This-is-Dystopia! The Omega Man: "Creature of the Reel" 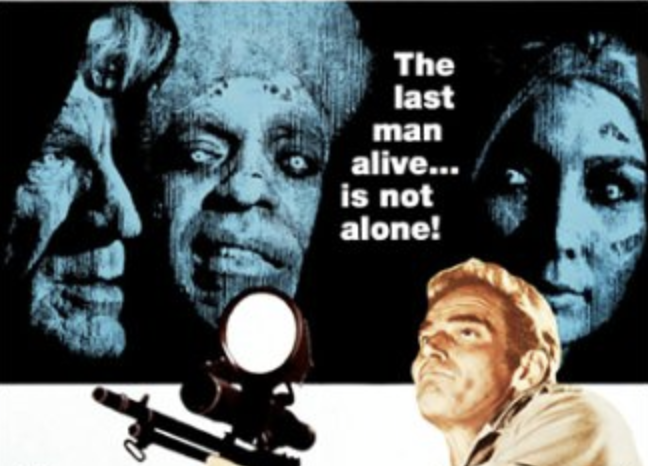 Welcome back to This-is-Dystopia!
An on-going series dedicated to my favorite dystopian films, which also foreshadowed past, present, and possibly future events that take place in real life as that saying goes; What is science fiction, is now science fact!! In this segment, I’ll focus on 1971's The Omega Man for say, "current events"?

Loosely based on Richard Mattison's novel, I am Legend,
Directed by Boris Sagal and starring "Moses" himself, Charlton Heston, Omega Man centers around Army Colonel and Scientist, Dr. Robert Neville who through immunity to a viral outbreak caused by Biological Warfare, is the last man standing!

Omega Man doesn't waste any time when providing a "cause and effect"  backdrop for this post-apocalyptic setting as 15 minutes in we are treated to a flashback sequence detailing the impact that biological Warfare between Russia and China has caused upon civilization as we see people dying by the thousands and how Martial law has been placed into effect after the government has executed a "Stay at home " mandate!  Meanwhile, Healthcare facilities begin to crumble until its eventually too late. So here we are.

Flash forward to Nevillie's day in the life full of loneliness and uncertainty.

When not pillaging abandoned stores Car dealerships, or going to the movies, Dr. Neville maintains what's left of his sanity via talking to himself or even a statue as a means of a coping mechanism.

All this while surviving the day by day uncertainty of being isolated from the nearby crazed albino clan who will eventually die from the strain.That is unless Neville gets to them first!

Omega Man, despite deviating from its source material, is an influential gamechanger! Whether it's urban dystopian environment, scaling and zooming cinematography, organic set pieces and sexual politics this 1971 thriller still holds up even in an era of overbudgeted CGI fantasy blockbusters. Neville’s arsenal of retrofitted weapons is adequate for this dangerous new world, i.e. a submachine gun with flashlight attachment that wards off the sect since light is their major weakness, or an automatic rifle with an infra-red scope.

Minor innovations like these, make it more than standard fare Science Fiction.

While Heston delivers a credible performance as a cynical Scientist falling on the brink of insanity, its Anthony Zebre who was also memorable as Neville's main antagonist Matthias.

His "origin" is told through another flashback scene, as a Television newscaster who reported on the viral pandemic prior to him succumbing to the strain.

Now, he is this cult like figurehead of the "Family" a nocturnal sect that has found disconnect caused by the catastrophic outcomes of biological warfare. Matthias establishes a "judicial " panel as a means of being civil prior to passing judgement upon the accused.

Coming out if "disillusionment " the family have abandoned all forms of science and technology, thus scapegoating Neville as a threat to their way of existence if not a last serving remainder of an antiquated era now extinct.

"These are the marks, Mr. Neville. The punishment which you and those like you brought upon us. In the beginning, we tried to help one another, those that were left. We tried to clean things up, set things straight. We buried things and burned. Then it came to me and we were chosen. Chosen for just this work: To bury what was dead. To burn what was evil. To destroy what was dangerous."

Ron Grainer's "Made for Television "soundtrack for the most part, is unengaging even for Seventies standards apart from the film's calm but nihilist intro and a few piano chords, reminiscent to a Dracula theme. Well after all, the Family are reminiscent of the Vampires sans fangs and being bloodthirsty.For the most part, it lacked the impact needed during the more dramatic scenes.

Then there is that badly edited Dodger stadium scene which involves Neville, Lisa a leader of a regiment of remaining survivors, and the Stuntman!
I found the casting of Rosalind Cash as Lisa, quite progressive. Especially during the early Seventies. 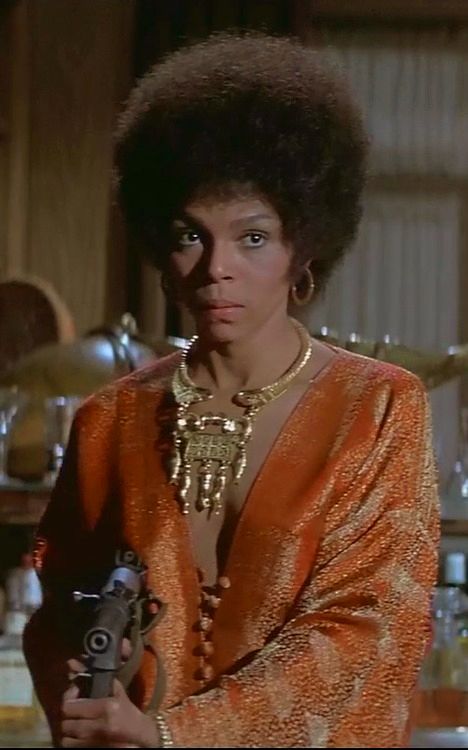 I did not care much for theMay-December romantic relationship between Lisa and Neville as it felt shoehorned in order to propel the story if not push certain boundaries. It felt a bit out of sync with Omega Man's promising sci fi narrative. Yes, I understand that it is credible to have an isolated individual craving human companionship, but I would have played it straightforward as a dystopian action film.

A minor example would be Dr. Neville, being cynical, fatalistic and on the edge of killing himself
only find something worth fighting for after making contact with
the "last frontier during the third act.

Yes, it’s a Hero's journey cliché, but less conflicting than Neville telling Lisa, "there's no fish in a stream of water in Harlem" after establishing a sexual relationship within a post-apocalyptic Los Angeles setting!

Now personally, I would have been more comfortable with Neville being this insensitive jerk to Lisa in the beginning, then you can gradually shift to a potential romantic relationship during the latter stages. In my opinion,  Lisa was underutilized and should have been more of a fighter than a lover, especially when she's been surviving all this time with the threat of the family, or even opportunistic survivors that would take advantage of those unable to protect themselves. For someone inspired by a Black Militant female archetype, yes i'm a bit disappointed in Lisa's character when she could have been this badass chick, but hey there is that first interracial love scene of Sci Fi cinema! In some ways, she was the prototype of a Blaxploitation heroine.

I'll also add this, Lisa's arc worked as both a tragic and dramatic linchpin for what abruptly happens between Matthias and Neville, concluding to a myopic finale. Okay, it may not be as dour as one may assume, but bittersweet depending on the viewer's interpretation. (SPOILER: Neville dies, but not before giving Dutch the vaccine that can save Lisa and the others, while the "Family" will eventually die off. As Matthias so cryptically put it; "..now we can rest in peace"!)

If I was responsible for this 3rd adaptation of Mattison's novel, I would throw in a revelation of Neville being responsible for his part in developing the biological weapon responsible for civilization's collapse. (Say, the Soviet Union or especially the Chinese got wind of his research and reversed engineered his germ for their own purposes.)Nevillie's decent into madness would be the result of survivor's remorse ergo, Neville is even more determined to find a cure.

A redemption theme for this film is sorely missing!!

Critiques aside, I'm still a fan of this cult classic! The Omega Man is one of the few examples that redefined post-apocalyptic horror. It pushed a few boundaries and served as a pop culture benchmark, by inspiring various films, comics and even videogames long after the film's release!

Also, it further cemented Charlton Heston as the Godfather of dystopian action cinema starting with the Planet of the Apes films, Omega Man and now afterwards Soylent Green as
Boris Sagal and Heston yet, reunited again to film the bookend of his post-apocalyptic trilogy.

The sociopolitical and even religious allegories are a major component to a movie despite being almost 50 years old, is more relevant than ever!

Okay, so how is this relevant to "current events"?

For who have watched Omega Man, the parallels are somewhat obvious!

While the streets have been abandoned along with public gatherings there are many who are living an isolated lifestyle when adhering to self quarantine guidelines . Some in fact, are alone in the midst of this global pandemic to the extent of losing their minds, stocking weapons to fend off potential threats, all within a world that has a zealot leader and his monstrous cult anxious to re-open . *Hint, hint*😉

Recommended if you like: Night of the Living Dead, Night of the Comet, Escape from New York, Deathlok Astonishing Tales comic, The Last of Us and Kamandi The Last Boy on Earth

Music inspired by The Omega Man