Captain Marvel review: Not so 'Marvelous" 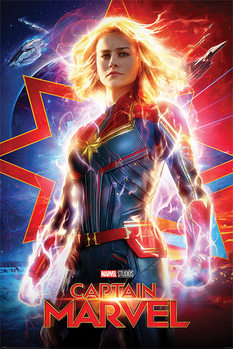 So, after three months, I have finally watched one of the most divisive Comicbook films as of recent!

Captain Marvel is a movie used as a tentpole for the upcoming phase of the Marvel Cinematic Universe and not to mention, a first female driven feature. I assume Marvel/Disney's noble gesture is used for diversity's sake, and especially within an era of Neo Feminism. The "HerO" tagline was more than enough to convince me that this was shameless pandering marketing.

That being said, the focal point of Captain Marvel's narrative, correlates to a Woman who is amnesiac trying to remember her past, after brief synaptic breaks and flashbacks of a former life she barely recalls.

Set in the early 90's, actress Brie Larson, is cast for the titular character, although earlier in the film, she is known by the name "Vers". (Get it?) Who serves as a powerful Soldier for the Kree, an alien Empire, who is at war with the shapeshifting race, the Skrulls. Vers is tasked with tracking and eliminating the Skrulls which after being captured, lands her on "C35" or as we refer to it as, Earth!

Along her pursuit, she is joined with an unlikely ally, Nicholas Fury to preventing what is seen as an alien "threat" to humanity.

Another part of this movie's subplot, involves a mystery of what Dr. Wendy Lawson
(Annette Benning) involvement with a device, albeit "submaguffin" called the "Lightspeed engine" (Well, since Disney now owns the Lucasfilm Intellectual properties, they have full clearance to use that name. Does this mean, that there's a chance of a Marvel/Star Wars crossover in the future? Nah!) 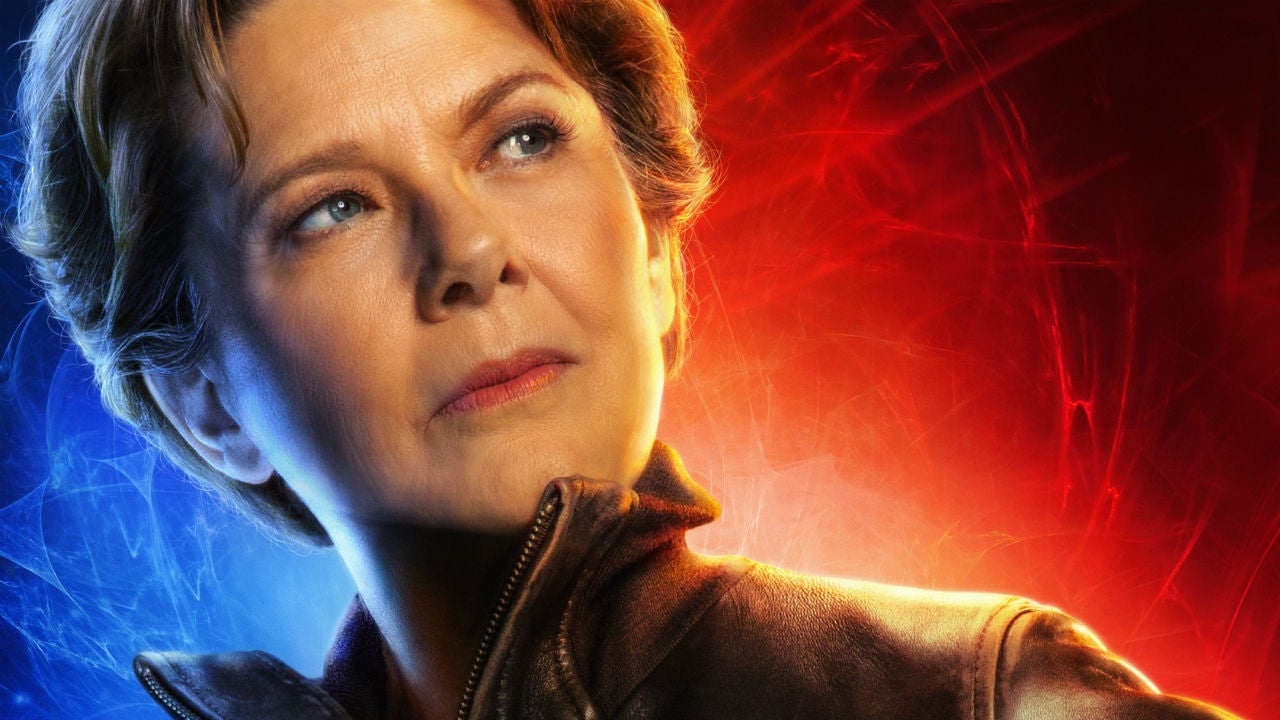 Aside from the subplot, the rest of the film is a drag when you factor in uninspiring moments and scenes that many of us are all too familiar with. Sadly, even the "Alien Buddy cop" formula, pairing Samuel L. Jackson with Brie Larson falls flat, flat as in Brie's ass! Not objectifying, however, I couldn't think of a better comparison if not an opportunity to make a silly joke, so sue me! There's not enough chemistry between the two actors and a pre seasoned Nick Fury serves more as a chauffeur than a superior Agent of SHIELD.

It's almost as if SLJ was channeling his character from The Long Kiss Goodnight, ironically a film from the early 90's. To add insult to injury (Pun intended.) He loses his eye in one of the silliest ways! This practically rendered his character useless, although he's somewhat green. Aside from one or two shining moments, he was basically a backseat driver to Larson's Vers. Yon-Rogg (Jude Law) despite playing an important part in the story, but when compared to other antagonists of the MCU,  he lacks the charisma and arrogance of Loki, the political angst of Kilmonger or the Zemo's acumen.
If there is one major flaw within the Marvel Universe, it would go to their disappointing villains.

As for the special effects, I was impressed with the de-aging CGI in regard to both Samuel L. Jackson and Clark Gregg, and the space battle during the final act, served as the pivotal part of Vers' powers and what she is capable of. Of course, she would end up being the ex machina once the mystery of the Lightspeed engine has been solved. How she acquired those powers and regained her memory was convincing enough, but again, Brie comes off as if she was phoning in her performance . 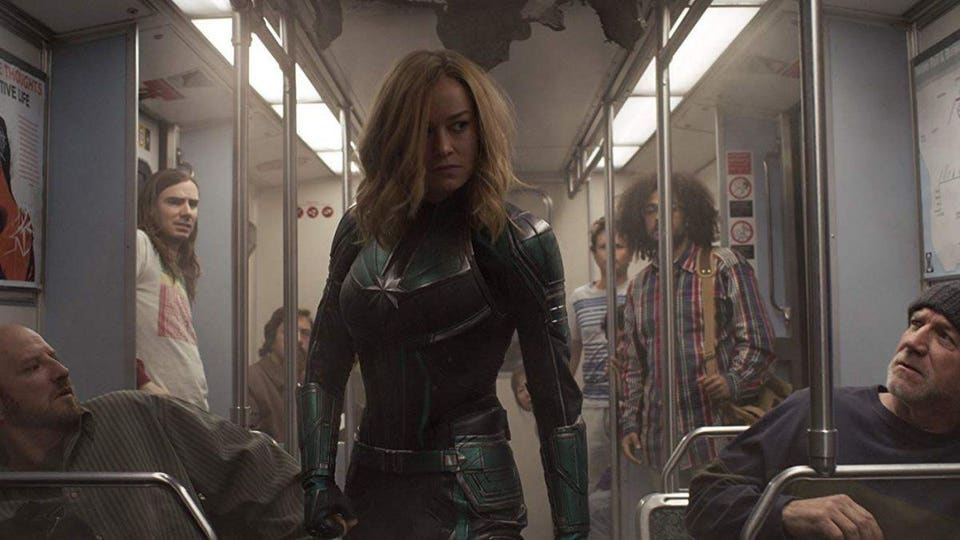 I couldn't feel that bond between Carol and Maria, no matter how hard the writers tried to shoehorn their past friendship and what really ticked me off, was how Maria (Latasha Lynch) told Carol that she was like a Mother to her! It looks as if they're both the same age, ergo she should've implied "Sister". It's signaling within a negative or even some subliminal racist level.

Maybe I may be projecting a bit, but a Black Woman looking up to her Caucasian friend and fellow pilot as a "Mother figure"?  Fuck this shit!What happened to Sisterhood between Women regardless of ethnicity? I would rather be comfortable if those two were having a Lesbian relationship as often suggested.

It's an unintentional mockery of  feminism not to mention, how unwarranted pandering part of the movie is. And speaking of "unwarranted", the needledrops like No Doubt's "I'm Just a Girl" during a fight scene was desperate if not just plain dumb.We don't need the virtue signaling, when a heroine can be judged on her own merits, without stating the obvious. Thank you, Wonder Woman! 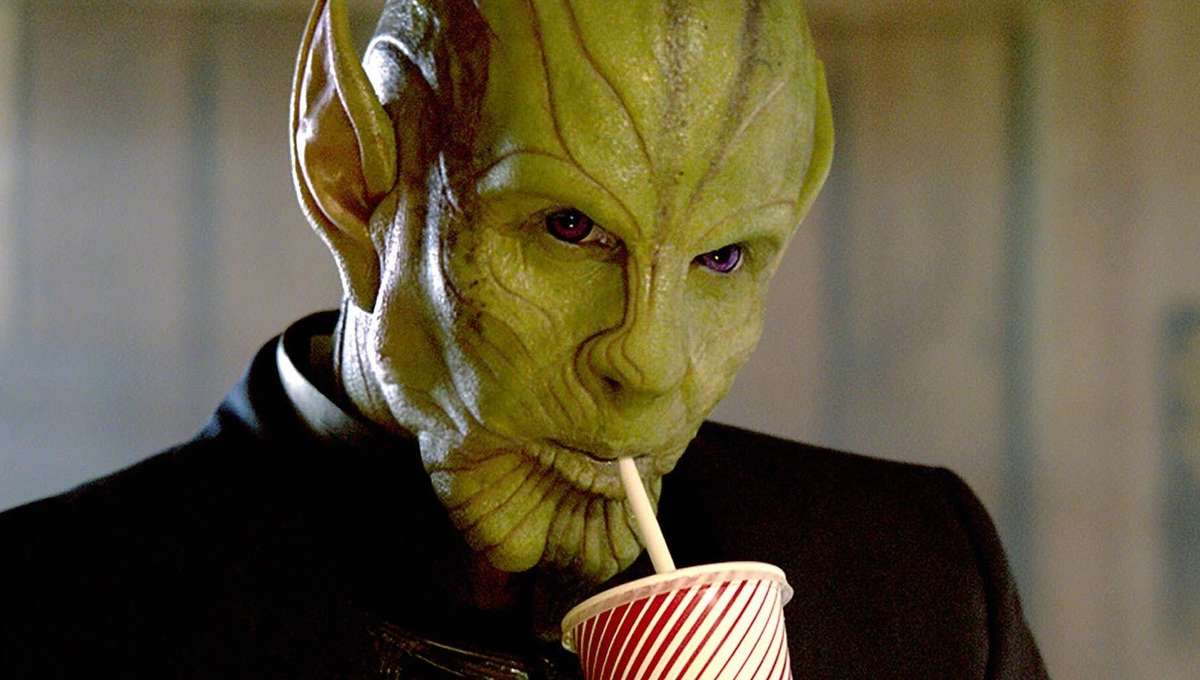 Rounding out the cast, Ben Mendelsohn as Talos, didn't disappoint and I’ll give the writers props for the bait and switch storyline when it came to the Skrulls. Goose the Cat, as adorable as he was, served to assist the plot leading to one if not two payoffs as you may have noticed during the post credits.
The Post credits tied up a few loose ends from previous films and of course, detailing Stark's rescue in Avengers Endgame, so that's a plus.

Captain Marvel is another result of when you have too many cooks, be it writers and Directors, in the Kitchen. A Woman’s place is not in the Kitchen, however, the "cooks" themselves, did not let this female super empowerment dish simmer long enough to satisfy my palette.

Also: Check out Bop's Op Ed about Monica Rambeau being snubbed for the role.