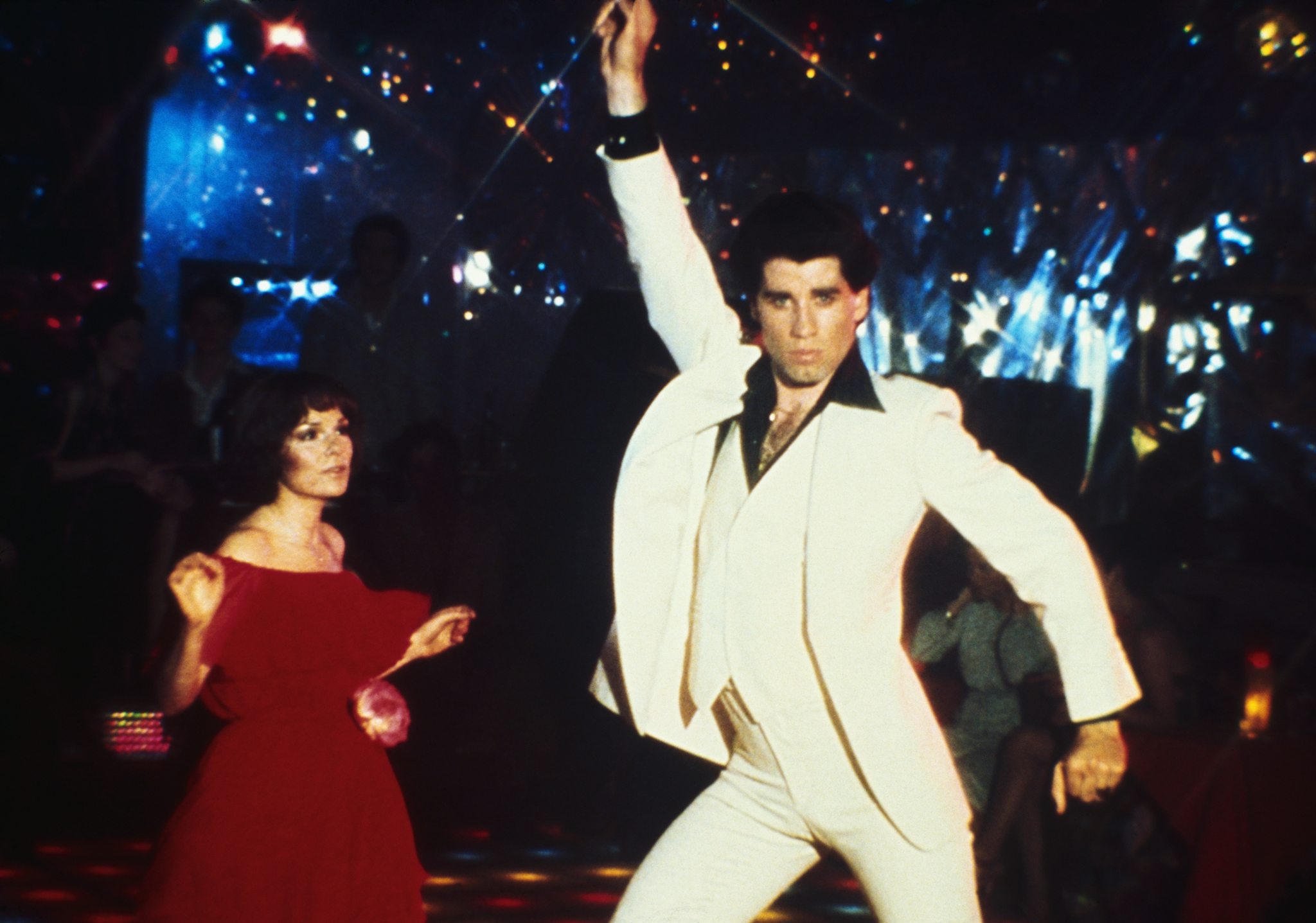 Remember the good ol days of the mid to late Seventies, where you can party all night at dance clubs, drink like a fish or an Irishman? How's about having anonymous sex and one-nighters without the repercussions of HIV, HPV or HELL? Remember those days? Well, I don't because it was before my time! In 1977's “Sitdram” (Short for "Situation drama?") Saturday Night Fever allows you the experience of living vicariously through the crazy, awkward life of main protagonist Tony Manero, (played by John Travolta fresh from his Vinnie Barbarino character.) who this film is primarily focused on. Y'see Tony is what may be seen as your atypical Bay Ridge, Brooklyn teen who works at a paint store within his predominantly Italian neighborhood during the week. However, after hours, Saturday nights, he is seen as this celebrity superstar at the 2001 disco club. 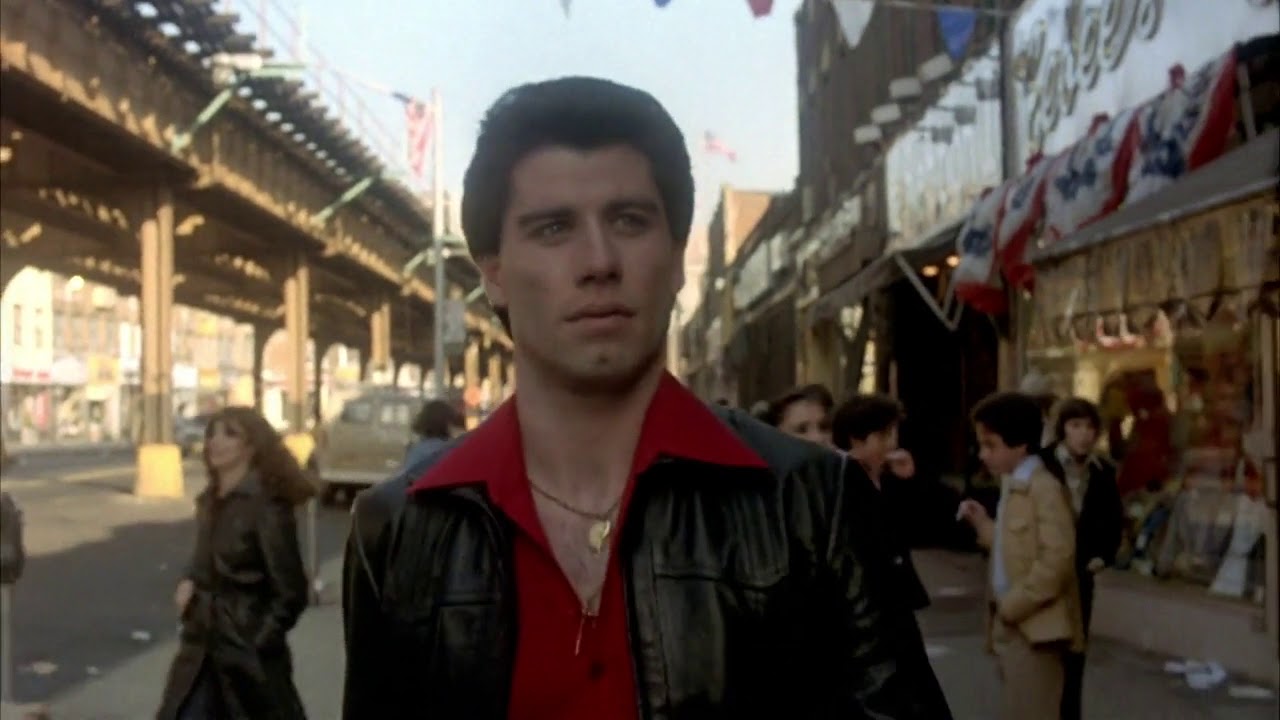 If it isn’t his charm, looks, it’s his passion when burning up the dance floor. But all is not easy going as we see how Tony deals with disillusionment, Teen angst, obsession and loss.
Saturday Night Fever is mainly Tony's journey from an egotistical neighborhood guy to a developed adult during a span of a few days.  This movie has two or three subplots, one being Tony's adoration of a woman he happens to see dancing on the Discotheque floor, the other is his epiphany of wanting something better for his life, escaping the daily grind, forsaking dancing, his dull job and even his close friends. And then there's his family, his staunch mother who is tremendously upset after learning that her other son, Frank has abandoned his priesthood. Catholics take this shit seriously! His father worked 20 years in construction only to get unexpectedly laid off. 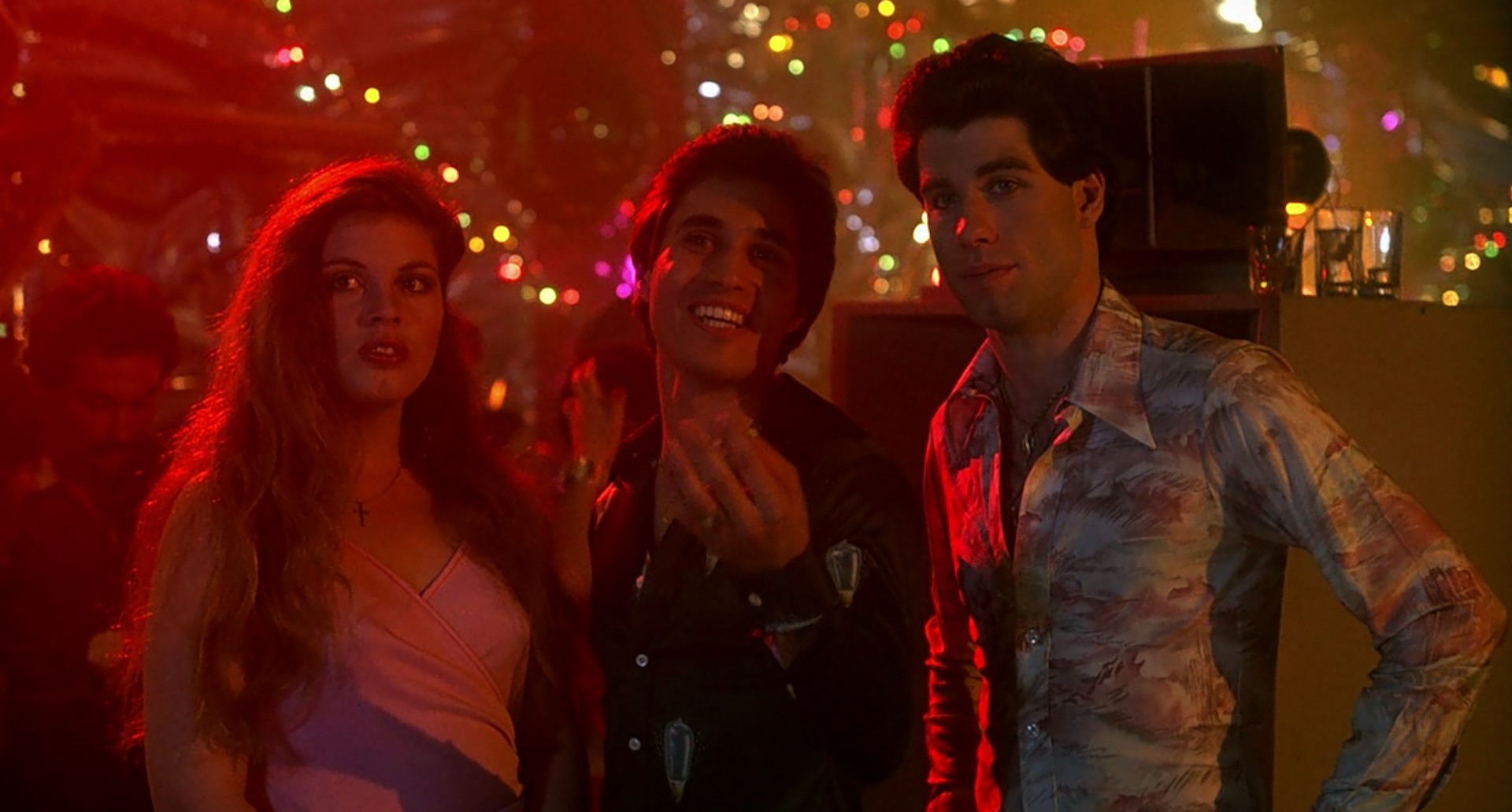 It's very entertaining how Tony balances these situations aimed his way, his high is from dancing which he knows that his glory days at 2001 with his friends can't last forever, one minute he's getting to know Stephanie, then the next he's in a gang fight and afterwards witnessed a shocking string of events that will change his life, perhaps for the better. This is arguably Travolta's best role even at forty-five years. His persona as the obnoxious, yet naive teen, who is convincing as a dancer, should have earned him an Oscar.  There are some very memorable highlights that I can never tire of, is the chemistry between Tony and Stef, who also is trying to figure out what she wants to be in life, could've even worked without the supporting cast. Unfortunately, it’s a would be romance, that was squandered. Tony's dance scenes accompanied by a compelling soundtrack by Tavares, and especially the Bee Gees, demonstrated that "White Men can jump”, Travolta of course, was trained by a Black choreographer Lester Wilson.
Saturday Night Fever was a deep perspective of the Seventies Disco underworld, from the eyes of Manero, within an environment with Bay Ridge Italians, who are seen as ignorant sex crazed, devoted Catholics, or unapologetic racists. While many are quick to write the supporting characters as offensive stereotypes, John Badham mentioned in the DVD's commentary of how these depictions of young Italian Americans were true, especially when it comes to their unchecked racism and Homophobia. This dialogue was more than convincing during an era in which political correctness wasn't a thing compared to today's social climate.
There were a few other uncomfortable scenes like Tony's jealousy, annoying Bobby and his "situation " which in theory could be just him conjuring it up, via lack of self-esteem, or to get everyone's undivided attention. Leading to his accidental death. Tony attempting to rape Stephanie followed by Annette attempting to make Tony jealous only to realize that her insecurities led to gang rape. To balance out the Soap opera drama, there's that memorable fight scene at the Barracuda's club, with Tony, Double J and Joey going at it, while Bobby the cowardly lion drives off. This seminal classic demonstrated that underneath the glory and vicarious lifestyle of the Disco era, how seriously flawed our protagonists are but there were moments where Tony’s sensitivity came through, especially during the scenes between him and Stephanie which gave implications of a potential romance, but never came to fruition as the film’s cathartic ending, SNF's ending feels a bit uncathartic, as most are left wondering what became of their relationship. 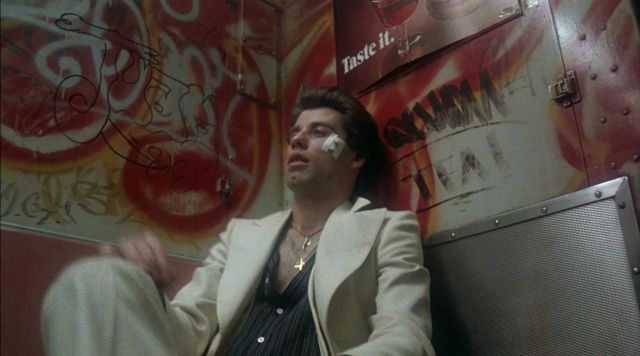 Unfortunately, Sylvester Stallone's Staying Alive, did not answer any inquires, let alone was the top 20 worst sequels of all time, proving that some things should have been left alone. With engaging dialogue, immersive scenery that takes one back in time, breakout performances, magical dance sequences, and of course powerful soundtrack, Saturday Night Fever is one of the very best films from the 70's. I was introduced to this Paramount classic, as a kid when we got our first VCR as with The Godfather, which both films, age gracefully like fine wine or Parmigiano-Reggiano cheese.