Best (and Most Disappointing) Horror Films of 2022

2022 may be consider a breakout year for Horror, more so than previous years where the studios both major and underbudget, went all-in, by going all out thanks to various offerings, some nuanced and others niche. So here are my top choices of Horror films, I have seen throughout 2022!
Prey

More of a prequel, than a legacy sequel to the iconic Predator franchise, that takes place during the 1700s where the Extraterrestrial hunter lands on earth with a nearby Native American reservation as a hunting ground. The action is tense and Amber Midthunder headlines this movie as a young medicine woman turned warrior.
The Sadness 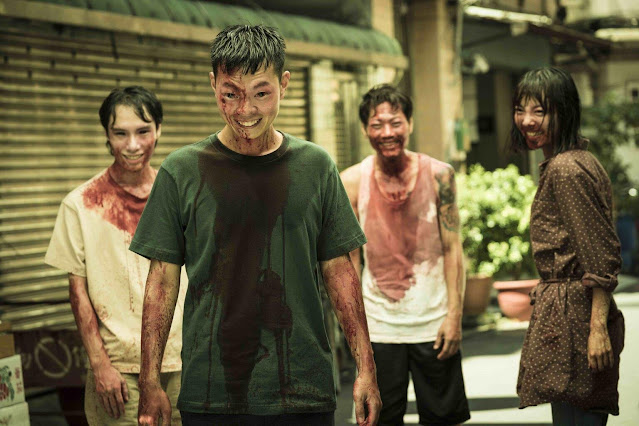 Very gratuitous Korean shocker contains disturbing moments, including a shocking eye rape scene that had would have the Godfather of Gore, Lucio Fulci cringe! More than just a Zombie Apocalypse, The Sadness goes for the jugular with nightmarish scenarios that are unapologetically brutal, leading to a nihilist conclusion as with most Horror films.
The Black Phone 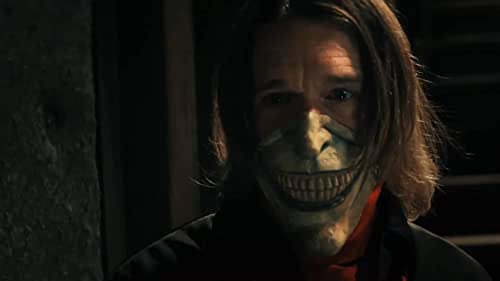 Set during the late Seventies, this coming-of-age suspense features Ethan Hawke as the menacing child killer called The Grabber," delivers a terrifying performance but what is even more intriguing, is the titular phone's supernatural "connection" with Grabber's previous victims. Directed by Scott Derrickson (Doctor Strange) Black Phone lived up to the hyperbole and hopefully, its just a one-off, as Movie studios are quick to crank out a sequel following the success of the first film.
Barbarian 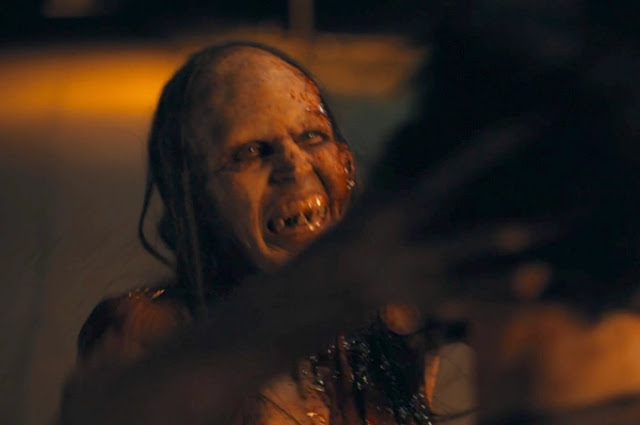 I did not know what to make of this movie during the first 10 minutes, but once the story gets its legs, it hits the ground running with a slight bait and switch, with a menacing “Airbnb" creature that does not take kindly to "renters". There are underlying themes of Gentrification, economic disparity, a disturbing plot reveal regarding incest. The face-off between “The Mother” and Tess as the “Final Girl,” ascertained Barbarian as a strong contender in the list of better horror films from this year.
Terrifier 2 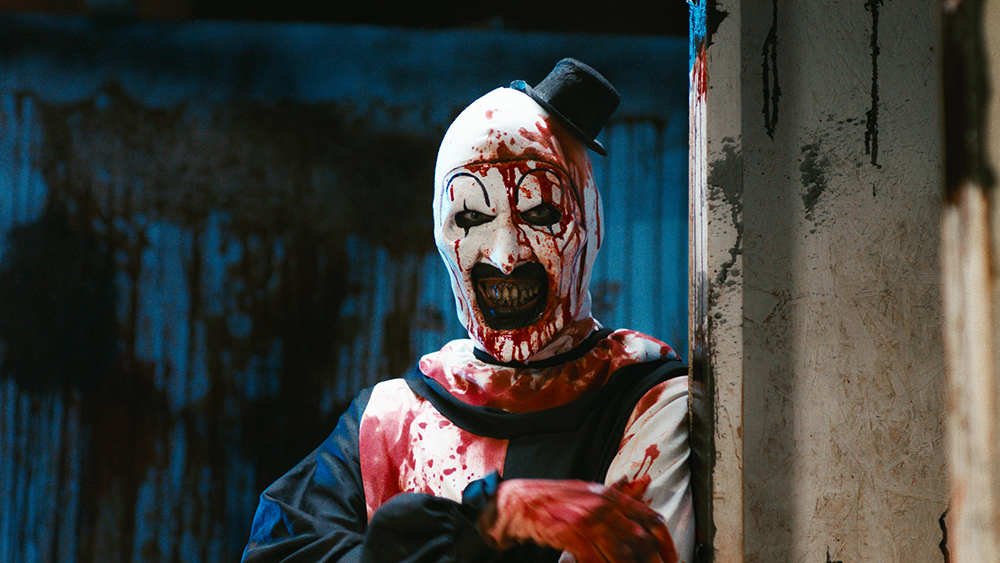 After getting an earful of what seems hyperbole at first, this terrifying sequel to the 2016 cult flick, delivers on both the shock and schlock. Art the homicidal Clown goes on a killing spree, and to make matters worse, he is aided by a supernatural entity.
Some of the story, is a bit off kilter but there is an overall, 90's indie vibe to this brutal sequel, that plays like a very macabre comedy, thanks in part to Art taking pleasure during his sadistic murder scenes, like redefining the saying of "rubbing salt in old wounds." 😬
X 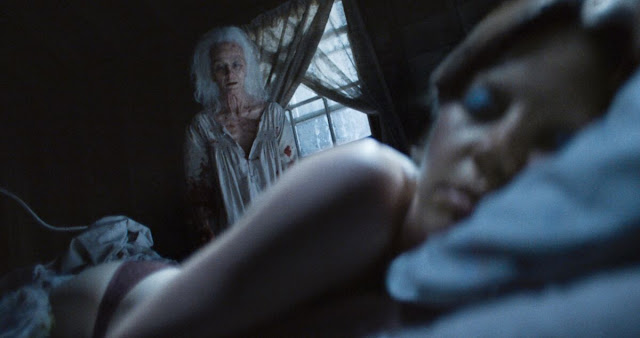 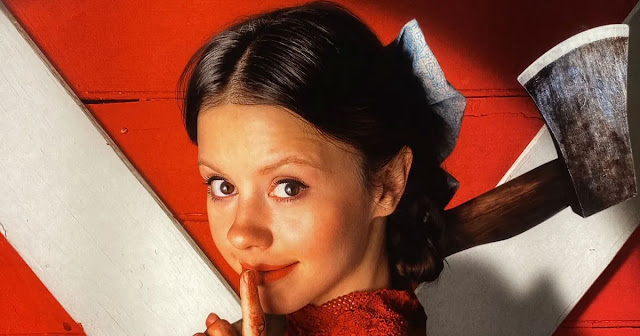 A24 and Ti West, has come out with not just another movie, but a prequel to X, in Pearl, the titular character who made her debut in X, has dreams of stardom but first, she must deal with her abusive mother. While X was mostly Grindhouse fare, Pearl serves as a great psychological thriller as you watch her spiraling into disillusionment and madness.  This is perhaps actress director Mia Goth's best performance to date. If the story, pacing and brutal scenes does not have you sold, the cinematography will!
Piggy 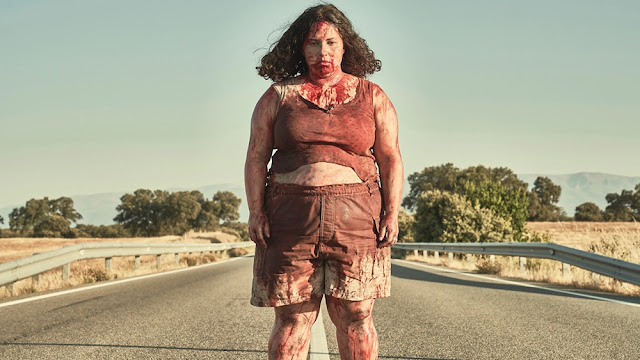 Made in Spain, Piggy is a Coming-of-age psychological slash feminist horror, with the protagonist Pereda enduring mental torture and Fat shaming via her peers, only to get the last laugh?
Pig is a compelling film that manages to meld more than one genre. The social commentary is on the nose and the film's initial release in October (National Bully Awareness Month) was well-timed.
Could ‘a been a contender.  Most Disappointing Horror Films of 2022! (In my not so humble opinion.)
Hellraiser 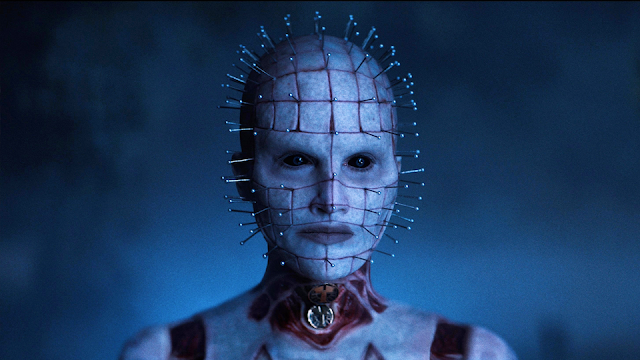 Despite the acclaim for this legacy remake, I did not care much for Hellraiser, not because it deviates from the original premise, but the execution was lackluster and the overall atmospheric production, is kinda SAW-esque.
Nope (Just say "Nope!") 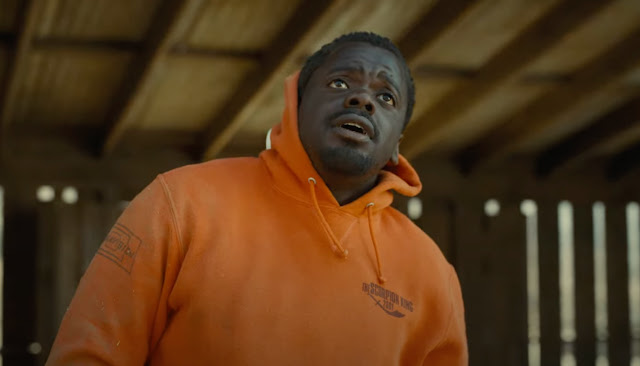 I know, I am going to get some pushback for this, but I was not impressed by Nope, thanks to its mixed premise, Janky storyline involving an out of place scene involving a homicidal Chimpanzee, soundtrack seems off as if it could not decide whether to be a western, horror or sci fi thriller. Then there is that ridiculous finale. I guessed my expectations were a bit high after Jordan Peele's breakout film, Get Out. Even Us was more entertaining than Nope. Peele, you are capable of much better!
Smile 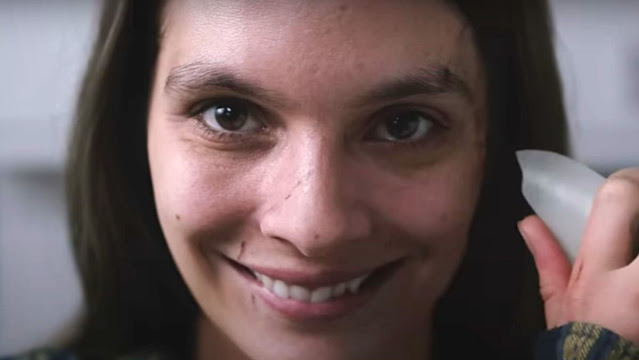 This psychological horror has our protagonist Rose Cotter, who as a therapist, witnessed the bizarre suicide of one of her patients, experiences more strange and disturbing events that she believes is, supernatural. Although, I appreciated the underlying themes of post trauma, I cannot fully recommend Smile, as it relied on one too many uneventful jump scares, but what is more problematic to me, was its slow pacing and its story progression which I found, unengaging. By the time Smile reach its payoff conclusion, it does not really matter as I was tapped out. We’ve seen this type of film done before, and it was much superior. (It Follows.)
Stinker of the Year Award

Here is where I get down to the dirt, when burying a movie that stinks like a rotten corpse, and 2022’s worst Horror film goes to Halloween Ends, The “Rise of Skywalker” of Horror sequels!
In this legacy reboot based on the legendary John Carpenter franchise, “ends” serves as the bookend of the supposedly canon series, with lazy bait and switch ideals, like Corey Cunningham (Who may or may not be a symbolic connection to Christine’s Arty Cunningham.) as the new “Michael Myers” who falls in love with Laurie’s granddaughter Allyson. Aside from its Soap Opera drivel, this conclusion to David Gorden Green’s revival, is a paint-by-the-numbers production, that throws in usual tropes like high school bullies, the town pariah, and the tragic antagonist. It was a rushed effort if not lazily mishandled. Halloween Ends is another perfect example of why fresh news concepts should be more encouraged instead of relying on nostalgia bait. This explains why the 80’s was a dominating force within the Horror and Sci Fi industry. Even Rob Zombie laughs at Ends. Well, not so much anyways.
And there you have it, here are my picks and pans of 2022’s Horror Films. Disagree? Feel free to drop your opinions below.
2022 Hellraiser Horror Films Popular Opinions Prey Review The Black Phone Unpopular Opinions