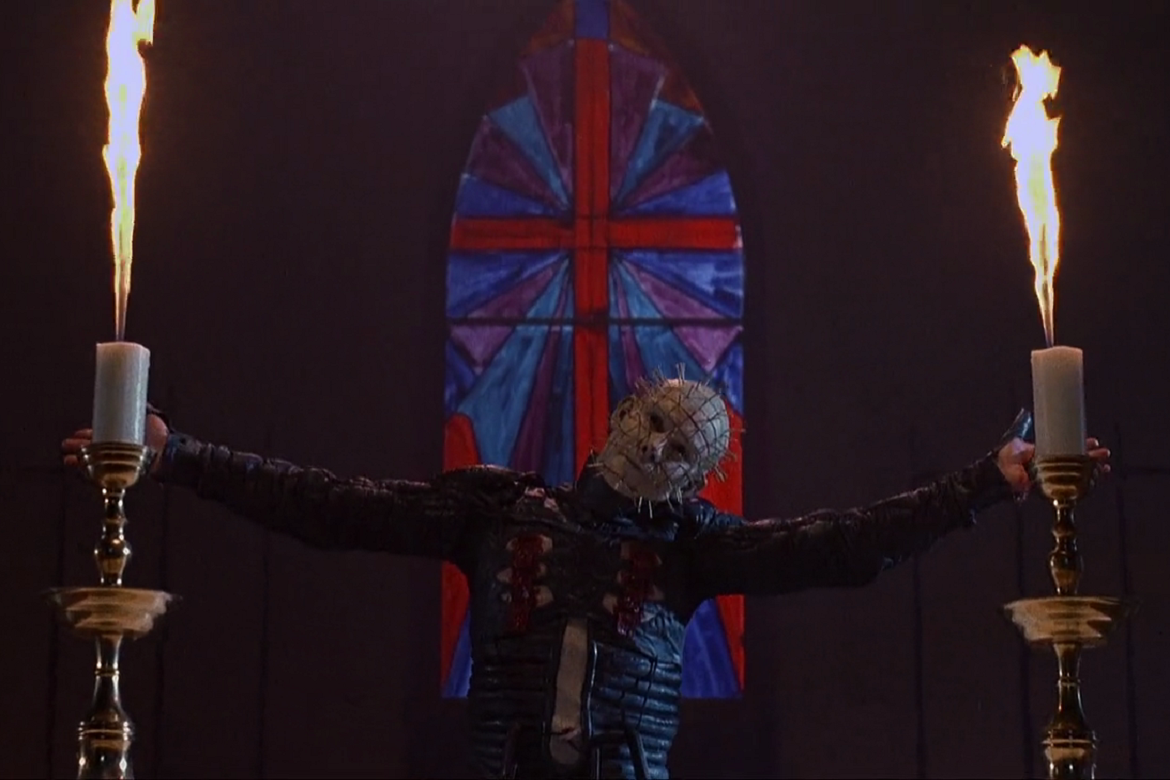 As of September 11th, 2022, the second sequel of Clive Barker's Hellraiser will reach its 30th anniversary! While many fans of the iconic franchise scoff at Hellraiser 3: Hell on Earth, I liked it for its ambition sort of speak. Directed by Anthony Hickok, someone I never even heard of this sequel continues where Hellraiser 2: Hellbound, left off as when we last saw our spiky antagonist, Pinhead and the Lament Configuration confined to a pillar that was later moved from the Chenard Institute to an Antique shop.

Enter privileged Club owner, and all-around asshole, J.P. Monroe who purchases it for "free?"
Reporter Joey Summerskill (Played by Terri Farrell of Deep Space 9) is feeling disillusionment about her career, while doing mundane exposes, until her big break comes from a
"Mystery box” with chains attached to one of Monroe's clubgoers, causing the unlucky bastard to explode within the Emergency room! 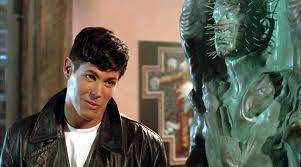 So, combine the Puzzle Box, with Pinhead easily manipulating weak minded Monroe and his ex-girlfriend Terri to release him from his prison, Joey has got more than what she hoped for, as all hell is bound to break loose!

Hell on Earth was not a grand spectacle of a horror film, as it was shot on a modest budget, however the sequel has its share of Hollywood tropes, when you see Joey dodging big explosions, Cenobites blasting people from an "Eye camera “, CDs or Molotov cocktails, the Club massacre and most importantly, Pinhead who comes across less enigmatic, and  instead more of a melomaniac Supervillain, but has a violent charisma that makes him twice as deadly.

You can tell that Actor Doug Bradley was having a blast hamming it up as Pinhead, and as his former self, Captain Elliot Spencer who became Joey's guiding force to stop Pinhead from unleashing further chaos upon the living.
Many believed that Hellraiser 3, had codified its signature antagonist as another Hollywood monster figure along the likes of Jason Vorhees, Michael Myers, Freddy Kruger and Chucky. This is in part, due to Pinhead's memorable quotes and one-liners like "Ladies, first" or his mocking Jesus Christ when saying, "I am the way." Speaking of which, that scene where he smashed the pulpit in a Catholic church, actually had the audience cheering!
There was one line, where a very persuasive Pinhead conned Joey into surrendering the Puzzle Box with Joey in anger and dismay accusing him of invading her mind, followed by Pinhead laughing in hubris, "Save your tears..!" Leading to a final confrontation between the Demon, and Captain Spencer.
The finale was soft of a "Oh, shit" moment hinting of another sequel, especially since Miramax/Dimension films now owned the rights of the franchise.  Unfortunately, Bloodlines was a major disappointment and was instrumental in becoming a death knell to the series that should have succeeded after the third entry.
Yes, Hell on Earth was more commercialized, but it was an ambitious and entertaining sequel, nonetheless. Plus, there's a blink and you'll miss it cameo from Kirsty Cotton, and Motorhead's Hellraiser song during the credits was the cherry on top.
So, after 30 years, Hellraiser 3, is still a "helluva" good time.  *Badumpumdss*