When I first heard of this latest project featuring actress Viola Davis (Suicide Squad and Widows) the first thing that came to mind, is that the movie studios are attempting to capitalize off Marvel's Black Panther franchise combined with some Wonder Woman lore and aesthetics however, when learning about the film's concept, it was loosely based on a history, that I wasn't too aware of! Released by Sony pictures, The Woman King, was Directed Gina Prince Bythewood and Written by Maria Bello and Dana Stevens with a too good to be true historical action premise:
During the 17th to 19th centuries, the Agojie, an all-female warrior unit were protectors of the West African kingdom of Dahomey. This movie was touted as an epic 300 or Braveheart film.
However, as history informs us, is that the Dahomey  kingdom had conquered other African states and enslaved their citizens for sell in the Atlantic slave trade. As a matter of fact, it seems that most of the kingdom's wealth was due to slavery as the Agojie had a history of participating in slave raiding, that continued until they were conquered by the French after the Second Franco-Dahomean War in 1892, then eventually became colonized by the British Empire.
Along with Viola Davis there's former Star Wars actor, John Boyega who plays King Ghezo, a real-life figure who ruled Dahomey from 1818 to 1858 and engaged in the Atlantic slave trade through the end of his reign.

So while "critics" such as  The Hollywood Reporter  are praising The Woman King, this movie is a hard pass by default for me. The idea of  lionizing "Slave Traders" as heroes, is very disrespectful to Blacks whose ancestors were held in bondage throughout the centuries. The Agojie is no Dora Milaje, the fictional all-female military guard who served under T'challa, as seen in the Black Panther film or comics, which ironically were inspired from the Algojie. However, unlike Algojie, Dora Milaje were not cold blooded villains, as their purpose was to defend  those within their isolationist nation, Wakanda within the African continent, and they relied on their very own resources and intellect to build an advanced society unfortunately, they did not make any efforts to liberate other Africans from slavery. But hey, its only "fictional" material, right?
The women portrayed in The Woman King, were exaggerated as heroes when in fact, they were Supervillains! So, why are so many within the Hollywood circle praising this film as if were a transformative experience?
To me, its just another propaganda piece, used to debunk the demand for reparations and alleviate white guilt since "Blacks enslaved their own." But remember, the Dahomey was but a small civilization and not the overall continent of Africa who sold blacks into chattel slavery. 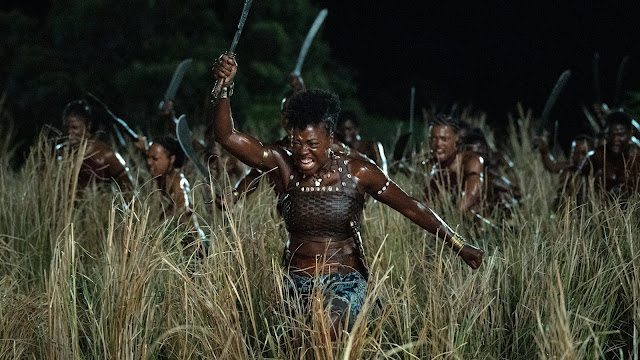 There's also the title, "Woman King" that sounds like some binary terminology that blends both genders into one. A woman is a Queen, not "King!"  Hollywood is devious for propping Dark-skinned woman as hyper-masculine, instead of more feminine roles. its as if they are using this film as a means to exemplify stud culture, while changing the course  through this revisionist history puff piece. But the question is, will it work?
Of course, there is supposed to be a boycott from potential black theatergoers. Hopefully, they'll keep their word and avoid this film that was written by two white women, mind you. And that says more than enough. 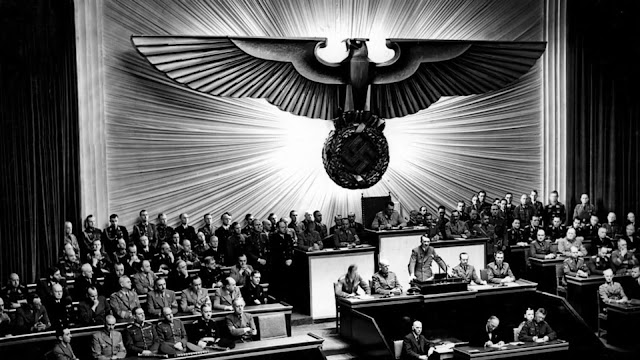 The American motion picture industry has been known to push propaganda to sway one's opinion, look at The Birth of a Nation, which not only revitalized the Ku Klux Klan, but inspired Adolf Hitler's Nazi regime to create their own propaganda film, "Triumph of the Will." Y'see how that works?
Black Panther Burn Hollywood Neo Feminism Opinion Piece Stalkeye The Woman King