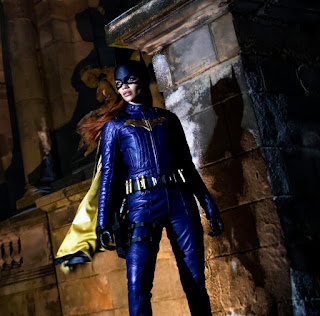 In a rather shocking and puzzling business move, Warner Bros owner of DC properties, removes the nearly completed Batgirl movie that was slated for release next year. The reason being,  or at least what was mentioned is that the new corporate owners, Discovery
insists that the decision to axe “Batgirl” had absolutely nothing to do with the quality of the film, but instead, the CEO proposed that upcoming DC features should be soley distributed on a blockbuster scale in theaters,prior to an HBO MAX release.
This is alarming especially when Adil El Arbi and Bilall Fallah's project had reached the final stages of post-production, to the extent of test screenings! “Batgirl” was budgeted at 90 million to screen in homes on HBO Max, as oppossed to a worldwide Theatrical release.
"Batgirl" featuring Leslie Grace as Batgirl/Barbara Gordon and J.K. Simmons' return as Commissioner Jim Gordon from Justice League ,was to also have Michael Keaton resuming his role as Batman (1989) that helped to further establish Superhero films.
A big budgeted project abruptly axed?? To quote Batman from a Justice League episode, "that is the single dumbest plan I have ever heard."
Source: New York Post and Variety