1987 was an incredible year for high conceptual science fiction that in retrospect, became the apex of sci fi cinema. Ed Neumeier who was working on the set of Blade Runner, conspired the ideal of a robot cop when thinking about the film's signature characters, Replicants. Obviously, this eventually manifested into a whole new franchise, Robocop.
This high concept Sci Fi slash Crime Drama, centers around Alex Murphy, a family man and a new street cop working under Omni Consumer Products a Mega corporation who has not only have a contract to privatize the police force but has ambitious plans to develop a new Metropolis (Delta City) in a Crime ridden New Detroit. And like a comicbook origin, Murphy is unaware of what will occur, redefining him as this enforcer of justice. 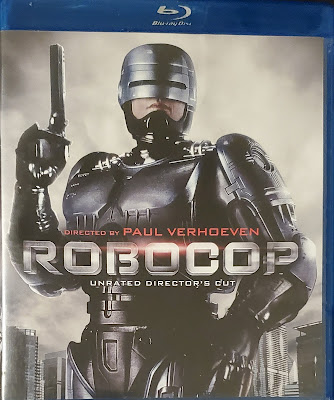 In honor of its 35th anniversary, I broke out my 2nd Blu Ray edition of Robocop and as many films from that great era of pop culture, it still holds up!

This movie wastes no time when setting up the premise and pacing from, point A to B and then C starting with a News broadcast that details the story's setting as in a rampant Crime rate, police officers threatening to strike and those hilarious satirical commercials like "Nuke Em" boardgames and the "SUX 2000" line of automobiles. I mean, after all, Detroit was known as the Motor City! Then we switch to OCP's master plans as they stage this big presentation to the Corporation's investors ensuring the development for Delta City goes forward, OCP has initiated a new product that will “cut out the cancer" in Detroit, which is Crime. Unfortunately, things go awry.
I loved the Old Man's reaction after Mr. Kinney was killed by ED 209, "Dick, I'm very disappointed." and afterwards Dick Jones (Ronny Cox) responds by saying it's a glitch, OCP's CEO berated him further and it wasn't Kinney's death that enraged him, but potential profit loss?!? Yup, that's corporations, and
,
the lackadaisical reaction of Kinney's death was easily brushed off, adds credence of how dark this futuristic corporate environment can be.
OCP Vice President Bob Morton introduces his new answer to stopping crime, Robocop that is insured to be foolproof and is ready to begin production as soon as a "lucky volunteer" is found. 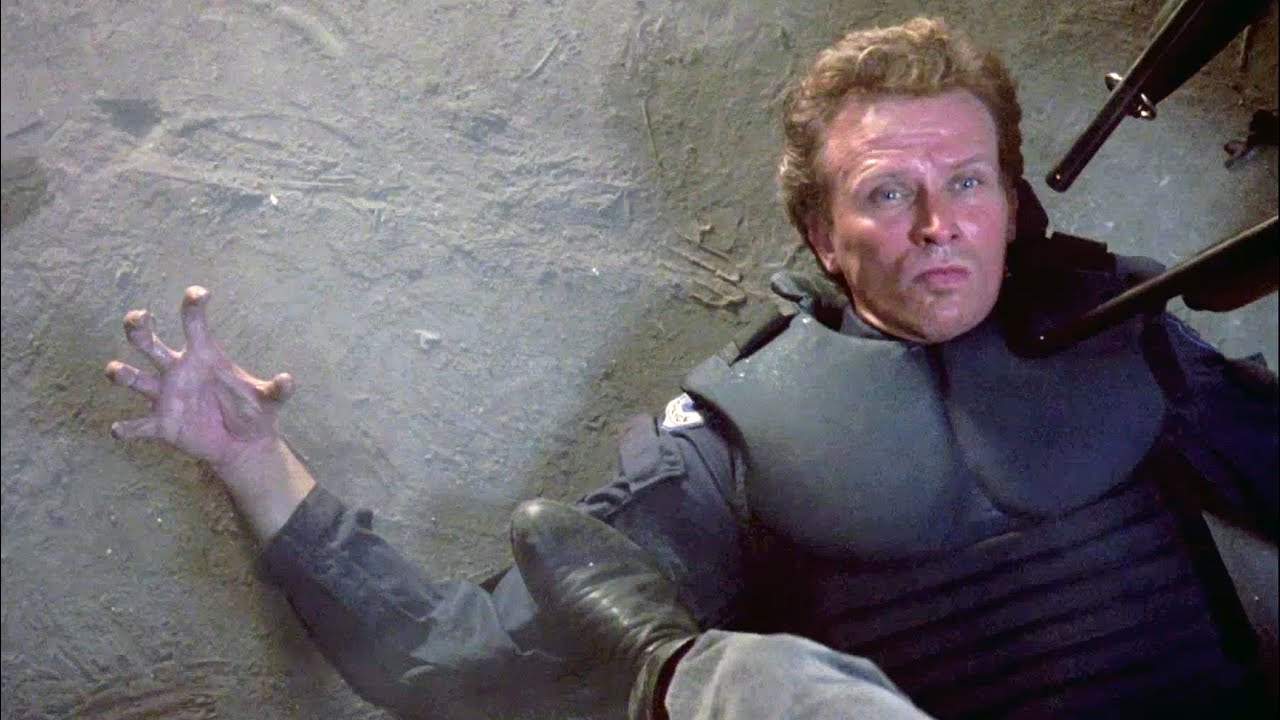 While pursuing a group of bank robbers led by Clarence Boddicker (Magnificently played by Kurtwood Smith.) Murphy is brutally slain during a stakeout thanks to his new partner, Anne Lewis being rather "distracted."😁 What's left of Alex Murphy, is now Shrouded underneath a metallic armor with targeting sensors via onboard computer, and super strength. His coda is to Obey the law, uphold the public trust, and most importantly, stop criminals- by any means necessary!

Now what's so great about Robocop aside of its Comicbook like premise and at times satirical social commentaries, was the hero's journey, who in the latter half, struggles to regain his humanity. Peter Weller as the titular character was the main standout from the classic stoic approach learned how to mime to create a credible idea of how a man robot would walk or move in general. It's true that you can't have a great hero without an equally memorable villain such as the very unscrupulous Clarence Boddicker. 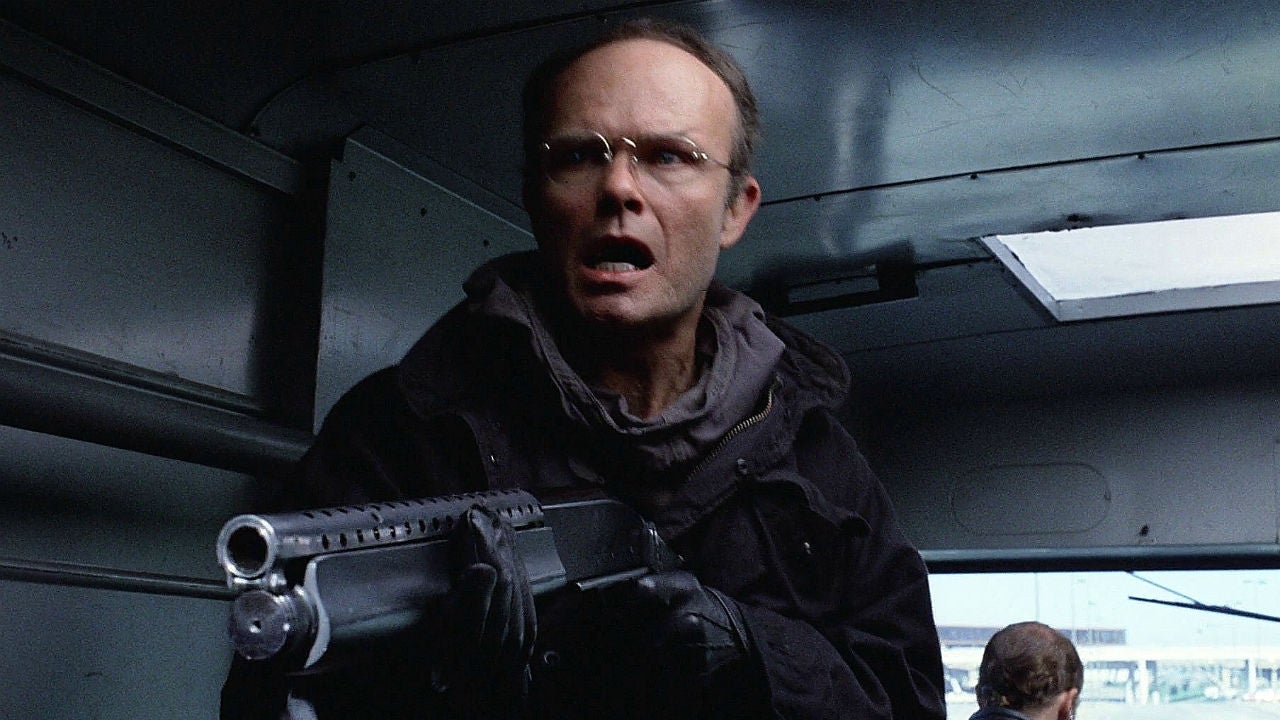 Kurtwood brings about a menacing sadistic antagonist who obviously has disregard for the lives of others, especially cops. But he's far from one dimensional with quotable lines:
"You burnt the fucking money!"
"Give the man a hand!"
"Just give me my fucking phone call!"
And of course, "bitches, leave!"
Robo's creation, was cleverly utilized via first person perspective as we see the ongoing process of his development then there's a montage of his first night on patrol, beginning with the scene where he knocks a Convenience store robber into the cooler and who can forget that attempted rape scene, where one of the rapists gets his dick shot off? Again, the dark humor is on the nose when Robocop tells a grateful victim that she has suffered an emotional shock and will notify the "Rape Crisis Center."
Things gets further interesting, as we see a disgruntled former employee of the Detroit Mayor's office holding aides hostages, is another hysterical moment with the entitled pos negotiating with SWAT to get his job back and a new car with shitty mileage. Robo busts through the wall and punches the armed thug out the window. I dont know if the punch was an homage to superhero comics, or a blatant parody. Knowing Verhoeven, its the latter.
Robocop is known for its brilliant self-referential narrative yet, it is an overall tragedy, when a good man is robbed of his family, and reminded of who was responsible for his ordeal.
As the story progresses Murphy slowly regains his memories when going through his now abandoned home and goes in a fit of rage and is determined to bring his killers to justice.
This movie wouldn't be the phenomenal hit it is today, without the collaborative efforts of Dutch Director, Paul Verhoeven who coined Robocop as this "American Jesus" especially during the steel mill scene where he approaches Boddicker while walking above water, then echoing one of the funniest lines after a cornered Clarence expects to turn himself in, "I'm not arresting you anymore..." 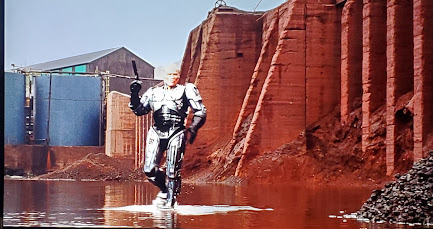 Conductor Basil Poledouris' impeccable score which includes Robo's signature theme, is up there, with Vangelis' Blade Runner and John Carpenter's Escape from New York (Well, almost.) with varying parts of the soundtrack, feeling dramatic and at times, Heroic brooding, but with a modicum with fairy tale cues that compliments most of the pivotal moments. 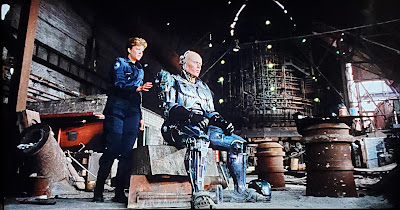 The implementation of Anne Lewis is looked upon as a strong female action lead, but Nancy Allen adds a modicum of sensitivity when feeling compassion for her partner who she met and lost during that one faithful day. In some way, the 3rd arc plays as a Beauty and the Beast narrative sans any shoehorned romance.
I remember the audience giving applause during the film's final five minutes, where Jones gets his deserved death, extended arms and all, and how Robocop comes nearly full circle when The Old Man asks for his name after complementing him for saving his life. Robocop responds with a faint smile, "Murphy!"
Robocop is a masterclass of a dystopian vision, with a blend of satire, corporate irresponsibility and social commentary. It has spawned sequels, remakes which no one asked for, television spinoffs, and of course, action figures! Till this very day, it is Verhoeven’s most iconic film which had cemented its place within the top contemporaries of 80's science fiction and popular culture in general. Now you know:
Robocop's design and aesthetics were based on a popular comic from Marvel titled, ROM and during the convenience store scene there are a few ROM comics on display as well as Blade Runner who Neumeier worked on as previously mentioned. 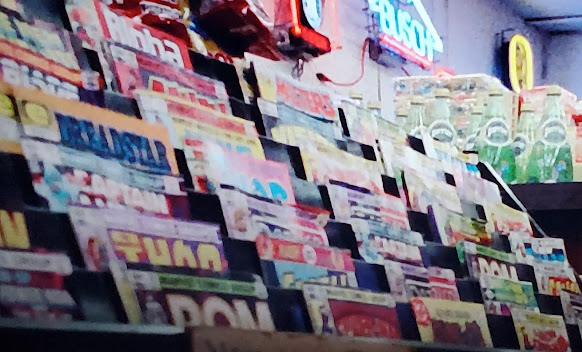 Aside from other influences like The Dark Knight Returns and Judge Dredd, Robocop has all too familiar comparisons to the 1974 Marvel Comic with both fictional cyborgs being used by a shadowy corporation, then regain memories and search for their wife and son.
Foreshadowing
Gentrification and Privatization Part of Robocop’s subplot involves OCP's ambitious plans to control real estate by building new housing developments that can force those who cannot afford to live in New Detroit, out. There are big banks that are financing luxurious buildings and complex throughout the urban and not so urban areas.
As far a Privatization goes, during a OCP presentation Jones boasts about their ownership of Police, Hospitals, Prison, and Space Exploration. This is happening whether its contract military, (Blackwater) Prisons, (ALEC) or Jeff Bezos and Elon Musk in regard to Space Exploration.
The core message from Robocop is a cautionary tale of how greedy corporations can destroy inner cities and this has been proving through Reganomics as the film blatantly satires. It was corporate greed that outsourced American jobs within the automobile industry, thus making Detroit an infestation of crime and hopelessness.
Outsourcing via Automation 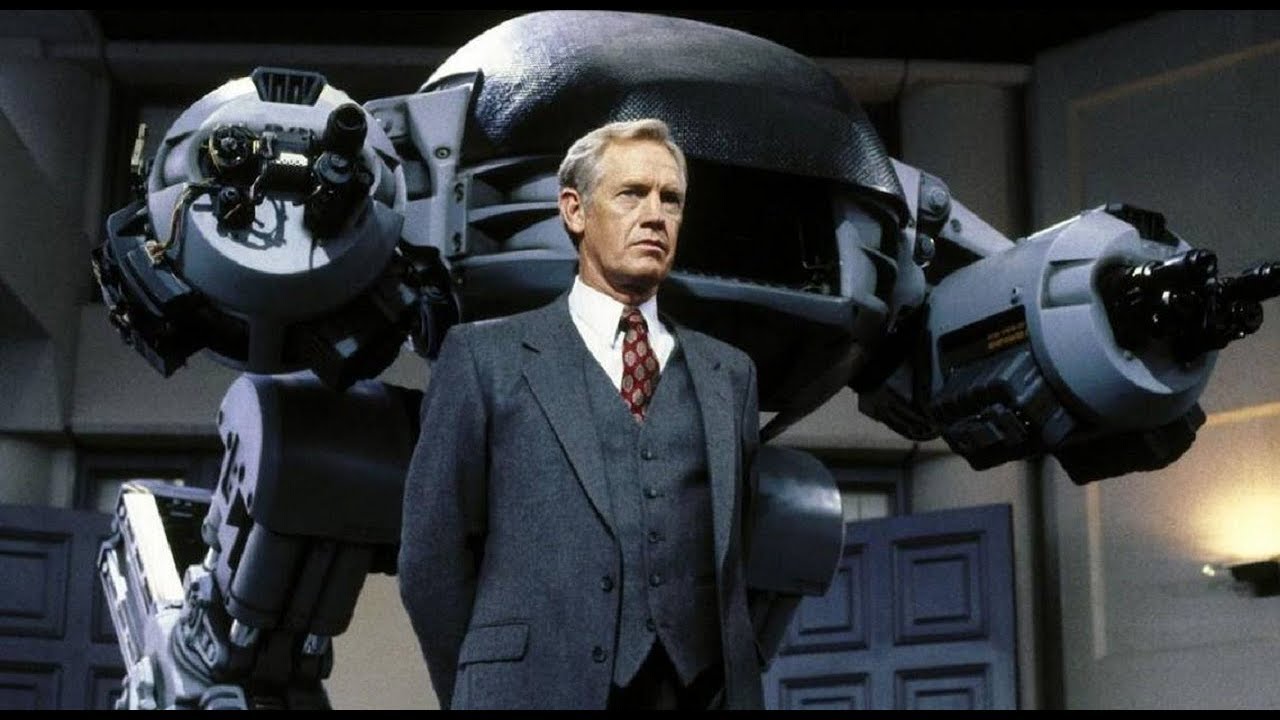 This has occurred during the last decade as automation has replaced jobs that previously hired humans, and with constant progression of robotic research, I wouldn't be surprised if robot police officers would roll off the assembly line within this decade.
Well, at least they won't take donut breaks while a crime is being committed nor would they haul ass during a school shooting. Just saying. 🤖
"We are now living in the world that I was proposing in RoboCop ... how big corporations will take care of us and ... how they won't."
-Ed Nuemeier
1980's Respecting The Classics 1987 Deathlok Dystopian Films Robocop Science Fiction Stalkeye This-is-Dystopia!!