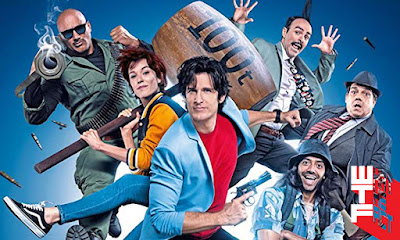 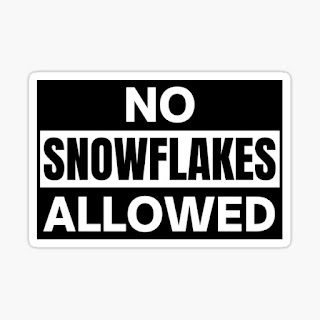 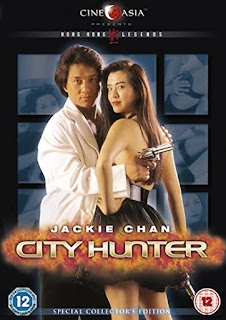 Enter the French. Philippe Lacheau is a newcomer director/actor in France. He and a few of his friends are on a roll in French cinema and delivered some of the funniest movies ever like Babysitting Superheroes Malgre Lui and Alibi.com. Lacheau directed a City Hunter movie that feels more City Hunter than what Jackie Chan did with City Hunter. Granted, they are both good films on their own, but the City Hunter vibe was way more present Lacheau’s version.
This movie has hot women, plenty of laughs, absurd situations, the hammer and some fantastically filmed action scenes that will crack you up for sure and might even remind you of Stephen Chow movies. This was an absolute love letter to City Hunter. Lacheau used a vivid and colourful style and a City Hunter movie really needed that to succeed.
City Hunter is the first Philippe Lacheau movie I ever saw and made me check out the rest of his work. The dude always tries to get his friends and girlfriend a role and they all seem to have the time of their life and it shows in the result.
Lacheau reminds me of Owen Wilson with the big difference that Lacheau is funny. I hope Lacheau keeps making those funny movies since it’s clear that Hollywood couldn’t make a funny movie for years. It is too much to hope for City Hunter sequels but at least we got a City Hunter movie French style.
A City Hunter review is not complete without this. This is one of City Hunter’s most creative ways of lechering. 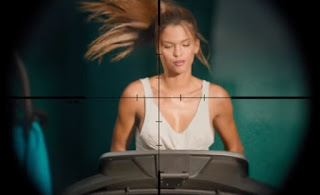 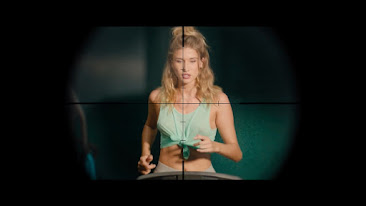