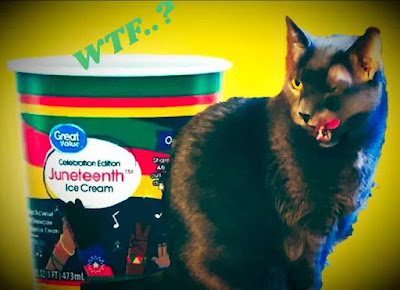 This is your pal Ollie here, and we’re gonna talk about an interesting subject for this “Litterbox” segment.
So, today is the official holiday of “Juneteenth” where black slaves in Galveston Texas got the long-awaited announcement that they were freed. Long after the emancipation proclamation was issued. And after the freed slaves went on to enjoy their long-awaited freedom, they were met with extreme hostility, from mass lynching, riots as in the 5 points area of New York, and even massacres within a thriving community of Tulsa, Oklahoma otherwise known as “Black Wall Street.” So, just when they pull themselves up by their bootstraps, the White racists strangle them with shoelaces.

And while many Black-Americans are celebrating a day off that was put into the place courtesy of the Biden Administration, personally, most blacks would prefer cash reparations instead, so “Uncle Joe,” thanks but no thanks.  you can keep your holiday, because after all they went through, its more feasible to shut up with your lip service, and instead, just “cut the check!" 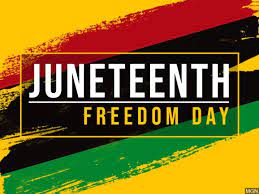 That said, let’s talk about Mega-Corporations such as Walmart, who was quick to capitalize off a holiday, that is celebrated for the freedom of black people within the states, as in selling Ice Cream! Just in time for both the holiday and the rising temperature during Summer.  “Only in America, folks!” To be fair, perhaps Walmart was trying to promote and honor Juneteenth with this Red velvet swirled Cheesecake flavor, but at the end of the day, it’s exploitative and one must question Walmart’s ulterior motives or even diversity practices within the corporation. Are there any black marketers, CEOs or other high-paying positions within the company? Have they donated to black charities and causes like fair housing or scholarships for those who cannot afford tuition? “What the dilly, yo?”
While there’s nothing inherently evil about capitalism, there are consequences when you’re arrogant enough to appropriate from the suffering of others. Juneteenth is a celebration of liberated Blacks who endured the evil bondage of Slavery, so if anyone should make a profit, it’s Black-Americans or American Descendants of Slavery. Bad enough how proven racists like Mark Wahlberg and Kid Rock became successful by appropriating rap music, but Walmart should’ve known better. And they do now, as there was a quick backlash from the community therefore, they were forced to shelve the Ice Cream. But, they still sell the “Pride” ice Cream.
I wonder what that flavor consists of? Um, never mind..! 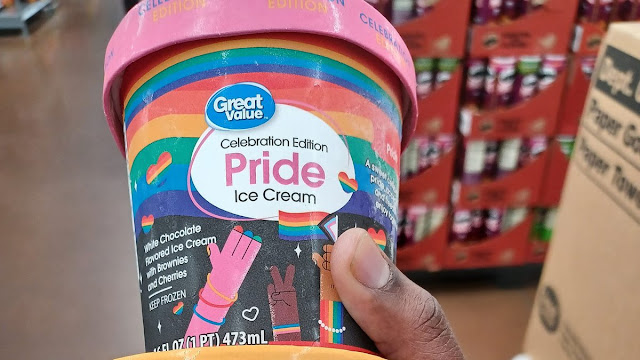 There’s a silver lining to this op-ed, as a Black business owner, marketed her own African American themed ice Cream with ethic flavors such as “Sweet Potato Pie?” Well, at least she didn’t adhere to stereotypical flavors like “Watermelon” or “Fried Chicken” so therein lies hope. At the end of the day, everybody has a hustle! 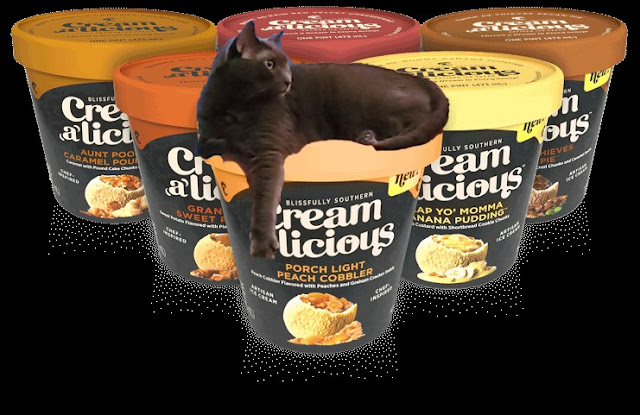