And Here’s the Latest trailer for Thor Love and Thunder. 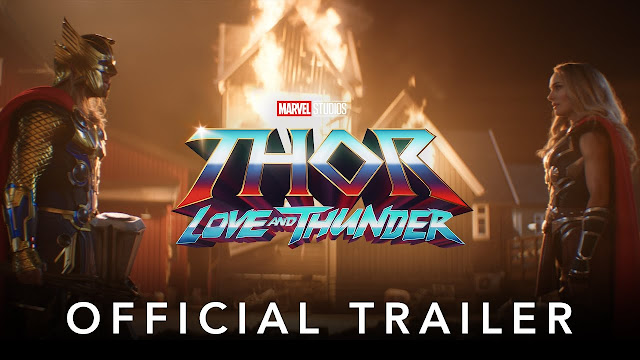 Continuing its comedic aesthetic, the latest Thor movie from the Marvel franchise, has what seems to be, twice as much comedy than its predecessor “Ragnarök” courtesy of Director Takika Waititi, who has returned for one more stab at the franchise. I’m put off by the Guns N Roses song “Sweet Child of Mine” as I was never a fan of the 80’s Rock band, nor do I really care for Natalie Portman despite the entertaining premise based on Marvel’s What If Jane Foster had found the hammer of Thor? And a story arc that had Foster wield the hammer after being diagnosed with Breast cancer.  Since this sequel seems to have a much lighter tone, I doubt they will include the sobering storyline. Roll ‘em!
Thor Love and Ragnarok premiers only in theaters, July 7th.
This is the final trailer, so you be the judge!
The second trailer seems more like a serious Comicbook film, minus the silly dialogue.
Disney Marvel Cinematic Universe Movie Trailers Superheroes Thor Thor Love and Thunder Thor Ragnarok Trailer Parked