Disclaimer: I'm about to go into spoiler territory so for those who didnt watch episode 5 of Disney Plus' Obi Wan Kenobi,  you have been warned! *Lightsaber sound*
Previously,  I had a few inquires of the Imperial  Jedi Hunter Reva Sevander also reffered to as the Third Sister who dutifully served the Empire despite how the Grand Inquisitor has less than favorable opinions of her. Yet she goes out of her way to appease the Empire, Vader specifically. I couldn't help by notice it's  somewhat blatant Meta.
Jan and I subscribed to the notion that Galactic Empire is a patriarchal White male establishment, that has been codified since the OG Skywalker trilogy, even its prequels. 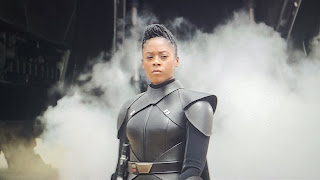 However, after watching the horrible Abrams slash Rian Johnson trilogy, I was taken a back with the inclusion of a  Black stormtrooper and other eithic groups serving the Empire. It's a weak implementation considering that the Empire is comparable to Nazism and to see people of color serving the regime, was laughable at best.
"Women?" Not so much as there were individuals of the opposite sex, that played a role in Hitler's "Grand Aryan Nationalist Society" and yes, there were the Japanese who joined Adolf's Axis, so if it's a reflection of reality, that is somewhat palatable.
"Black Nazis" aw hell naw!
But as far as Reva's arc is concerned, it all makes sense now, in episode five, it was revealed via flashbacks, that Reva was one of the younglings who was suppossed to be slaughtered among the rest of they young Jedi academy after Order 66 was given, (See "Revenge of the Sith.) and any remaining Jedis were to be immediatley dispatched upon sight,men, woman and even children.
Reva survived the massacre with an explanation that foreshadowed real events as in how one of the survivors of the tragic Uvalde school shooting, had hid among the deceasded victims, while "playing dead." This might be one of the sole reasons why there was a warning prior to episode five's airing. And in hindsight, it was very disturbing. 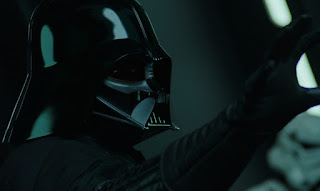 Kenobi deduces that the Third Sister's ulterior motive, was to kill Darth Vader for the death of her friends who Anakin personally had blood on his hands. Unfortunately as we all know, her attempt to seek vengeance was in vain, as Vader knew all along and used her as a pawn or rather, a hunting dog to catch the prey. So in predictable fashion, Vader gets the jump on Reva who puts up a fight but  despite her efforts, is no match for the Sith Lord.
She gets impaled by her own saber and is left to die while on Jabiim and once again, Reva is mocked by the Grand Inquisitor who she thought , perished by her hand. The humiliation of her failed attempts was a tragic way to close her story. I can't say that Reva was a shameless bootlicker as her plan all along was revenge and so, I stand corrected. Yes, it may be a clichéd formula,  but I rather accept that than Reva being this "Uncle Tom"  accomplice while aiding a Supremacist faction i.e. that  Afro Latino loser Enrique Torres of the Proud Boys, who met with other White Supremacists during the Capitol riots. 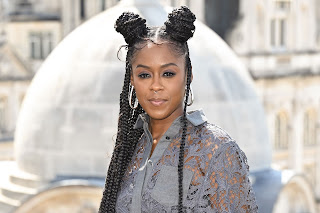 Speaking of whom, regardless of my skepticism during the early episodes of Obi Wan Kenobi,  I was disgusted at the racist comnents hurled towards beautiful actress Moses Ingram. Her role may be questionable,  but that is the fault of the writers, not the actress who was just doing her job.
Was these incel punks intimidated by a  powerful black female? You're allowed to question her role as with Giancarlo Esposito's Moff Gideon,  but to make racist comnents demonstrates how infantile you low life cowards are. These incels are the ones more likely to shoot up a school or in the case of the Buffalo massacre, a Supermarket.
They lack the fortitude to excercise your conviction, unless you have the police, a gun or in most cases, a keyboard!
"Offended?" Fuck you!
*Clears throat*
Identity politics aside, I kinda take solace that Reva did not fall into the less favorable archetype. Her backstory revelations and desire for retribution, makes her more of a tragic antihero as oppossed to just some throwaway character like say, "Captain Phasma?" However, its not over yet as Reva just may still be alive long enough to reach Tatooine.
We'll find out next week!