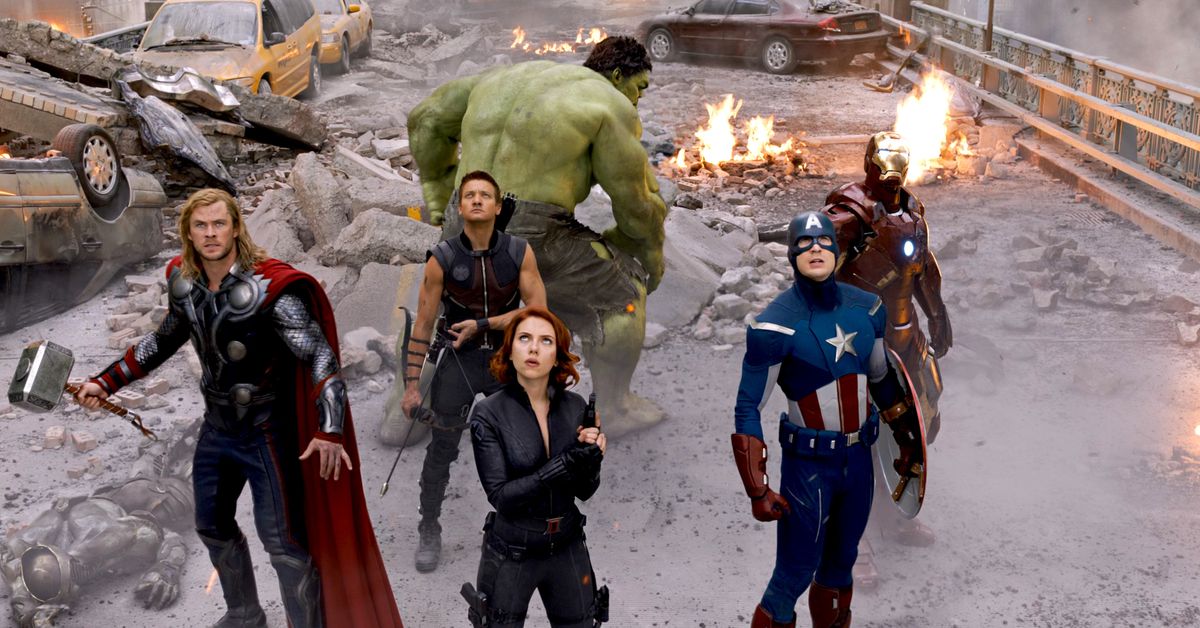 Screenwriter and Director Josh Wheldon has been in a lot of hot water following accusations of gross misconduct that made him a pariah within the Hollywood circles and his diminishing fanbase however, we can't overlook his biggest and best contribution to cinema and that is 2012's Avengers, the first official ensemble Superhero movie unlike any other.
After the unparalleled success from 2008's Iron Man, Marvel Studios gained more confidence and capital thanks to the movie that served as a tentpole to what would become the Marvel Cinematic Universe, Studio head Kevin Fiege cranked out more films based on the comics' intellectual properties with Thor and Captain America The First Avenger. The latter showing a jaw dropping post credits scene that had moviegoers anticipating spring, 2012.
At the movie's opening scene, the leader of an Extraterrestrial army called the Chutari, forms an alliance with Loki the God of Mischief, who is also Thor Odinson's brother to ensure they obtain the tesseract, which was recovered from the Antarctic along with Captain Steve Rogers. 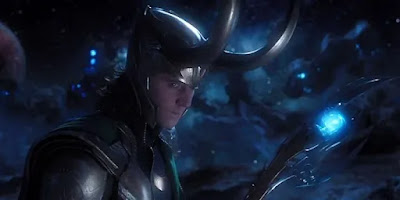 Loki infiltrates a SHIELD complex where the "Cosmic Cube" is contained for research, and in doing so possesses physicist Dr. Erik Selvig and head of security, Clint Barton. So, to stop Loki's ambitious plans for world domination, a team of heroes are formed, not just ordinary heroes, but Earth's Mightiest Heroes! *Cue Avengers' intro theme by Alan Silvestri*
As a reader of the Marvel Superhero team's comic, this was the movie my friends and I always hoped would come to fruition, so you know we were there opening day, and the Avengers for the most part, did not disappoint! What I admired so much about Josh and Zak Penn's script, was how everything managed to fit within context. The pacing was adequate as were the direction and storytelling mechanics like when Loki arrives at some gala in Stuttgart, Germany to take a chemical element that would stabilize the Tesseract. 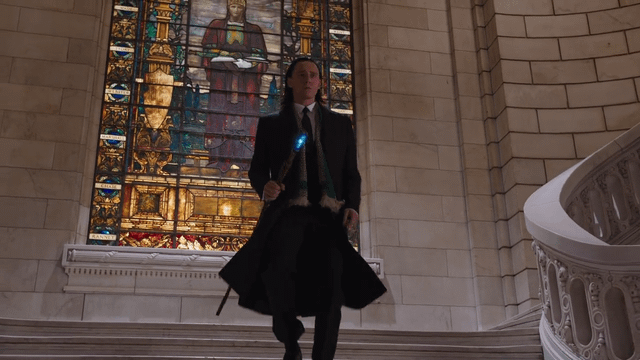 The background music from the gala's orchestra blended perfectly beginning with the Quinjet's flight toward Stuttgart, while Loki is seen causally strolls down the stairs, the music abruptly goes into this faster pace crescendo when he beats and subjugates some high maintenance attendee and that's where the movie gains its momentum as Captain America arrives just in time to stop Loki from killing one of his many hostages at some gala.
After a few exchanges, Loki demands that Cap kneel, only for the First Avenger to clap back with "not today!" 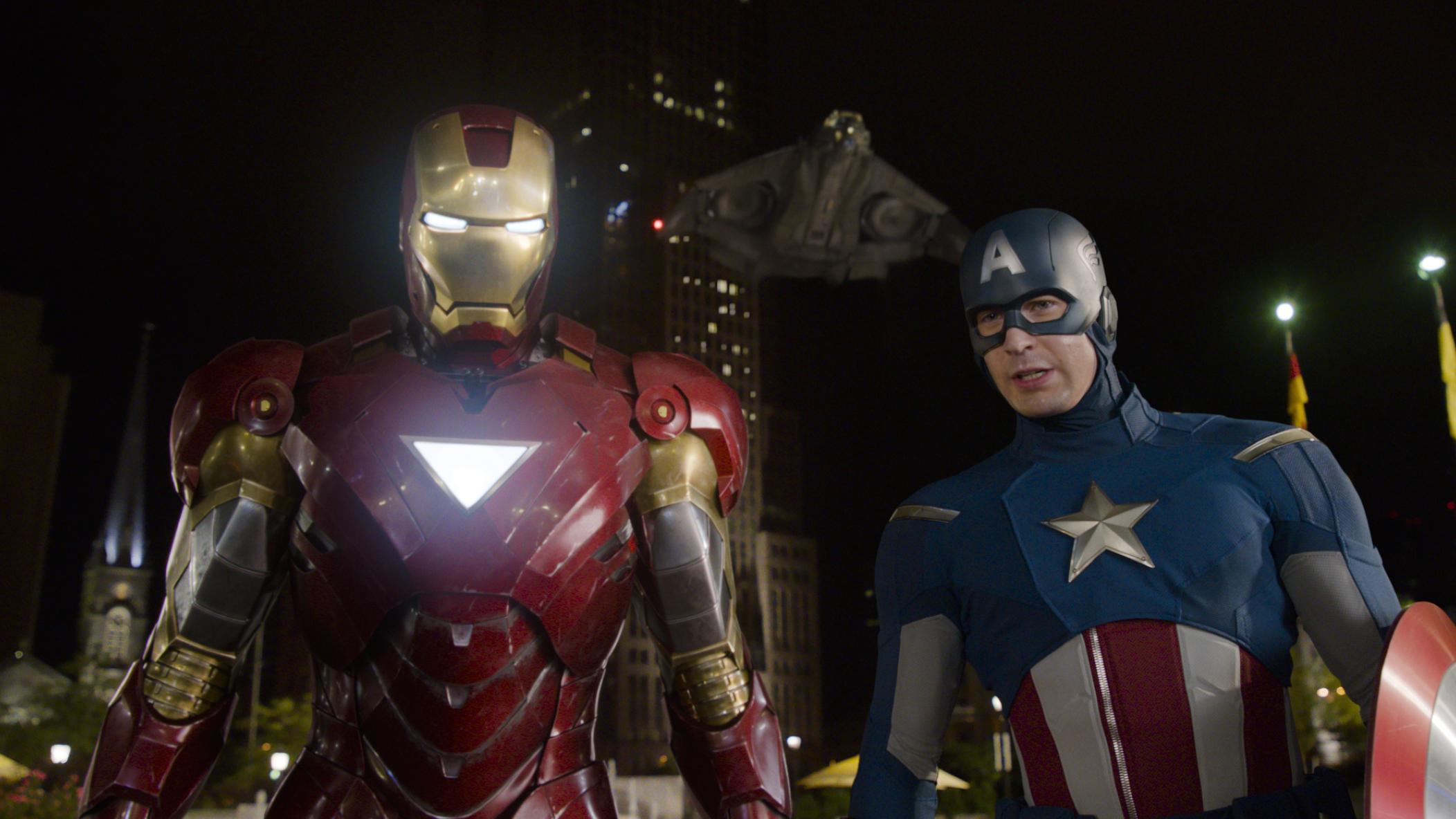 As Cap feels underpowered, in comes "the Man of Steel er, I meant "Iron" who takes down Loki with AC/DC blasting from his armor's sound system. Classy!
Wheldon wastes no time, when further developing characters already established from their previous solo films. Each Avenger demonstrates different personalities that at times, conflict with one another especially when it comes to Tony Stark's unapologetic bravado thanks to memorable lines such as, "I have a plan, attack...!!" or Shakespeare in the park, does your mother wear yon drapes?" Without a doubt, Robert Downey Jr. was on his A game as the narcissistic golden Avenger whose attitude provoked the ire of Rogers during the SHIELD Helicarrier scene.
Wheldon also managed to squeeze in enough character arcs within the span of 2hrs.
Captain America not only has this " Man out of time" trope, but there's a rivalry between him and Tony Stark that gets ugly whether it was influenced by the Tesseract, or subliminal thoughts and feelings.
Afterwards, a captured Loki bellitles Natasha Romanoff where at first, she seems to enter an emotional breakdown but turns the tide on Loki by having his ego get the best of him.
Fast forward to an all-out battle in New York as the Avengers defend the city against the Chutari invaders. Hopelessly outnumbered, the Avengers give it their all not only by defeating Loki but stopping a tactical nuke in the process. And what's their reward at the end? Why, eating at some comfort food dive called "Shwanna" during post credits.
Speaking of "credits," it’s the mid credits scene that had the audience go wild thanks to the reveal of a certain purple hued death worshipper. 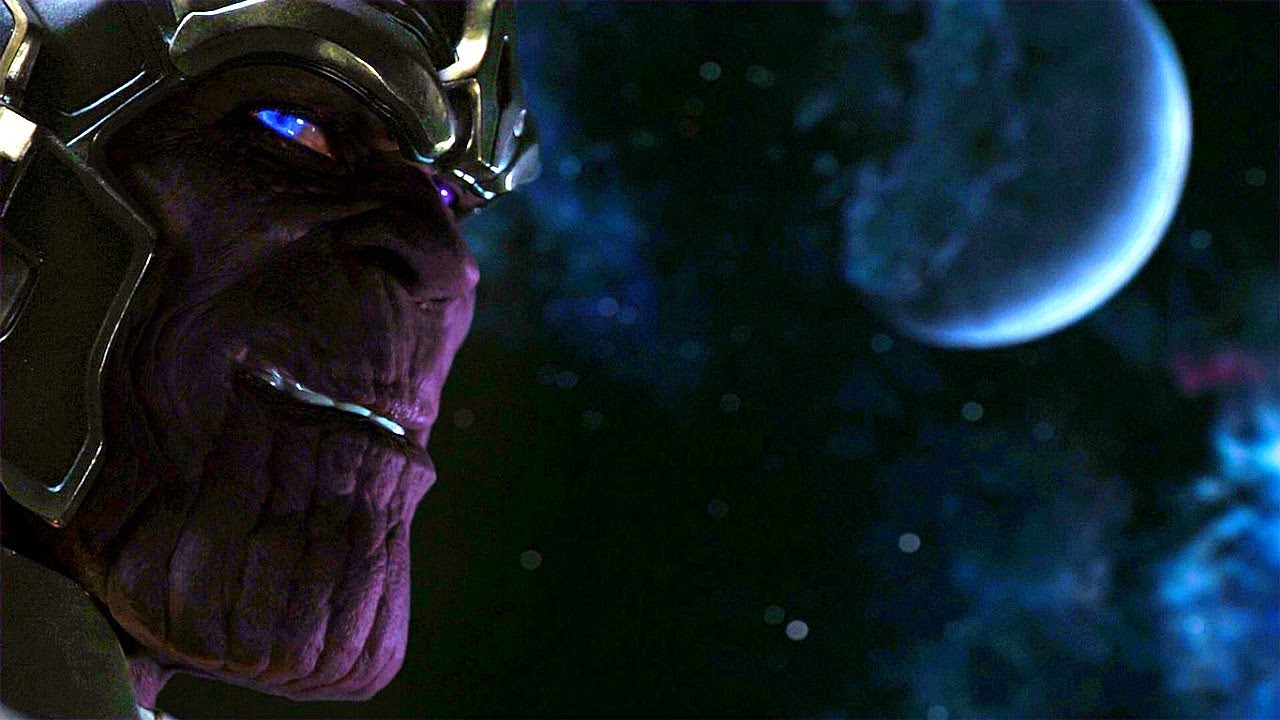 A few other takeaways were the dramatic camera angles like the Avengers in mourn after the unexpected death of Agent Coulson who served as the liaison between SHIELD and the Avengers. It looked like it came straight out of a comic panel.
Josh added just enough humor to balance the serious narrative with quirky dialogue and scenes from "We have a Hulk" or Coulson idolizing Cap, giving hints of his sexual orientation, which was later confirmed.
The Avengers was a phenomenal success that spawned three sequels throughout the first three phases and made Marvel Studios a powerful force in cinema but with its success, came a few drawbacks. The demand for a sequel was high and despite its many great moments with a modicum of foreshadowing, Avengers Age of Ultron, couldn’t live up to its predecessor. The sequel needed more time to bake in the oven, but it was the studios that rushed the project, which was Wheldon's last film for Marvel who due to unfortunate circumstances, had signed on to take over the director duties from Zac Snyder, when working on the Justice League film, DC's answer to Marvel's Avengers. Well, so they thought. 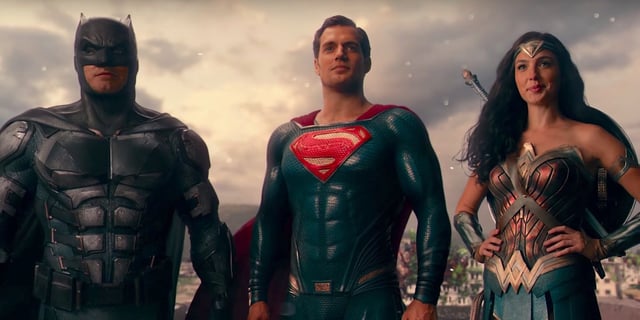 Justice League didn't earn many accolades as compared to Avengers and was considered a critical failure as lightning didn't strike twice. But that was the least of Josh's problems as more accusations of his past behaviors be it misogynist or according to actor Ray Fisher, racist, has resurfaced. Wheldon's career as it stands, is up in the air so who knows when or if he'll make another movie or television series after this fallout?

Other repercussions from Avengers' impact in popular culture, was the cancelation of Avengers Earth's Mightiest Heroes an animated series based on several exploits of the Avengers comics which originally started out as a few webisodes but after testing the waters, EMH became a regular series that garnered huge cult status, thanks to the stories adapted from the source material, solid animation and guest cameos from the Fantastic Four, Luke Cage and Spider-Man among several others. There was speculation of more guest characters appearing in what may have been third season but unfortunately, the series was scrapped
in favor for a lesser quality series that tried to capitalize from the Avengers movies: Avengers Assemble was not well received by fans of the previous series and as a matter of fact, it was met with disdain to the extent that there was some online petition to bring back Earth's Mightiest Heroes.  But we know how well these petition work, they don't! 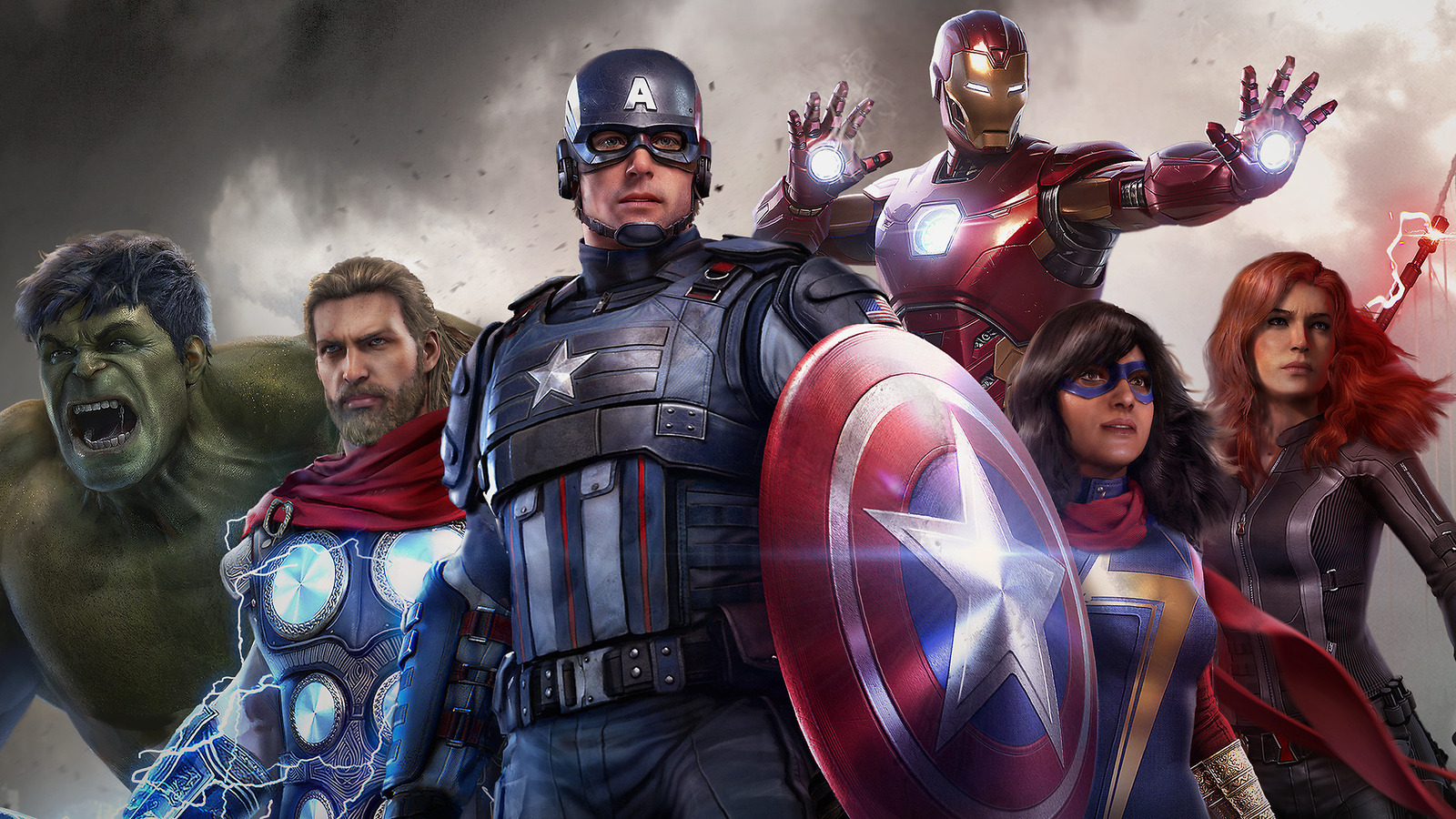 To further capitalize off the franchise, Square-Enix has developed an Avengers videogame and despite solid graphics, it was deemed a critical and commercial failure which unfortunately made gamers hesitant to purchase the Guardians of the Galaxy game, which was a very underrated title. And that's probably the death knell of Marvel's relationship with the development that is known for the Final Fantasy games among other major releases.
After two more sequels, the Avengers saga wrapped up and they went all out during Endgame which closed out major characters like Captain America, Black Widow and especially franchise builder, Iron Man. So, what's left? 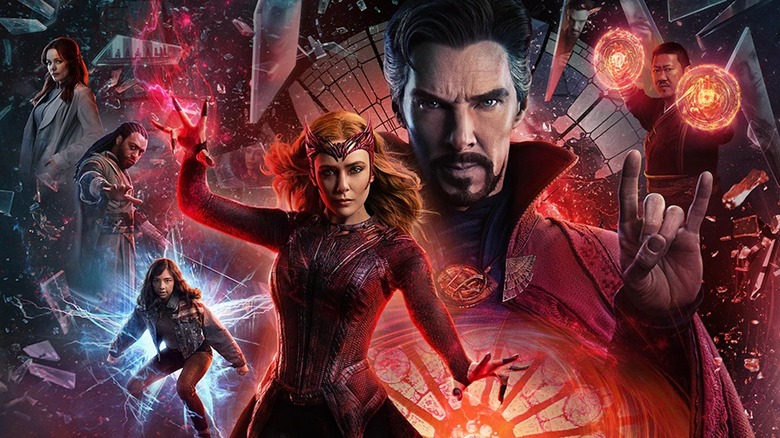 Not much aside of using remaining characters from the MCU like, Sam Wilson as the new Captain America, Loki, Thor's 2nd sequel Live and Thunder or
Wanda Maximoff, who will make her post Wandavision spotlight, alongside Doctor Strange in the upcoming Multitude of Madness film which may be used as a gateway to introduce other established Marvel characters and concepts such as the X-Men and Fantastic Four now that Disney has secured the rights to those intellectual properties.
Yet, it’s still an uphill climb when recapturing that lightning in the bottle that laid the groundwork for the Marvel Cinematic Universe as we all come to know and respect. (Well, for the most part anyways.) 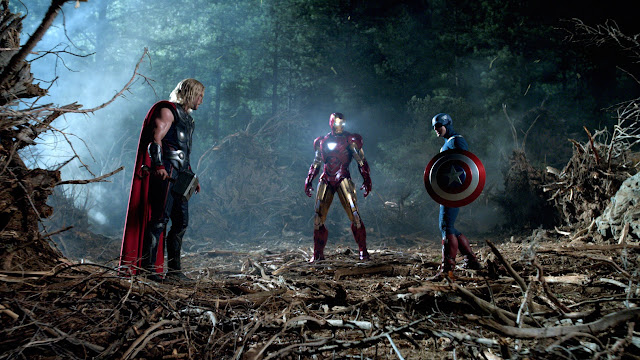