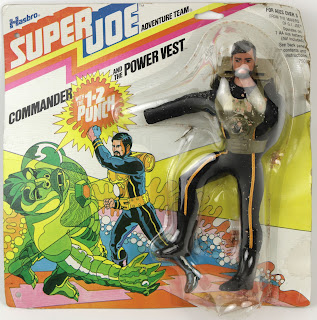 2022 not only marks the 40th anniversary of Hasbro's relaunch of G.I. Joe under the "Real American Hero" brand but also the 45th anniversary of one of the toy manufacturer's most obscure action figure-Super Joe!
Tagline: "Whenever there's trouble day or night, Super Joe can set things right!"
The Year was 1977! it was the year of  Stars Wars, Saturday Night Fever, New York  Yankees, Punk and..um, "Disco!" But also within that year, the US oil embargo hurt the 12’-inch G.I. Joe toyline, who was already struggling to remain relevant to the extent of adding Superheroes and even aliens. 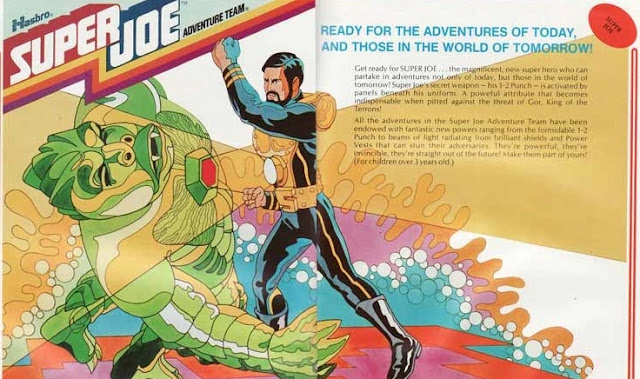 The negative impact forced Hasbro to discontinue the iconic action figure line and, in its place, was a new product that was supposed to be Joe's successor.  Inspired by science fiction and, to some extent, comics, Hasbro's Super Joe Adventure Team is a spiritual successor to the 1970-1976 Adventure Team line but with a Sci-Fi Superhero theme! 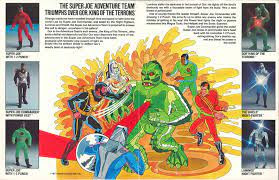 With the high costs of manufacturing plastics, Super Joe was scaled down to 8 inches like the Mego figures (Action Jackson, Worlds Greatest Superheroes, Planet of the Apes, etc.); however, what this line lacked in size, it made up for it via special functions like Super Joe's signature 1-2 punch and that other "gimmick" flashing lights that were supposed to simulate a laser beam effect! 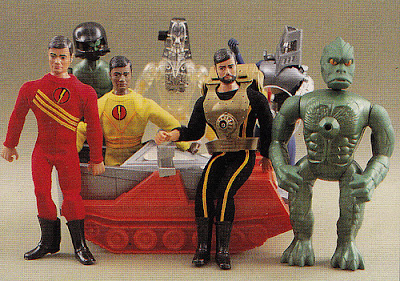 There was a total of seven-count em, seven figures from the short-lived line, starting with Super Joe Commander, who was the flagship figure who came with a gold battery-operated power vest that functions as a mini flashlight sort of speak while the other two Joes were clean-shaven and had different uniforms or as former VP of Hasbro Kirk Bozigian would call them, "pajamas!" One was a clean-shaven Caucasian Adventurer, while the other was Black-American Adventurer (also clean-shaven) who came with a power vest, labeled "Super Joe Black Commander" depending on which toystore had him in stock at the time. 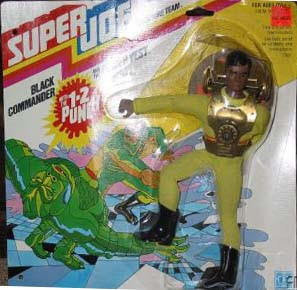 As far as Super Joe's backstory goes, it was your average " aliens attack earth, with mankind's last hope, standing in their way" with the narrative consisting of the Super Joe Adventure Team fighting the Terrons, whose main villain is Gor the reptilian-esque "King of the Terrons" who looks like a cross between The Incredible Hulk and the Creature of the Black Lagoon. 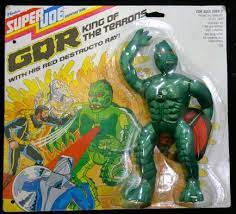 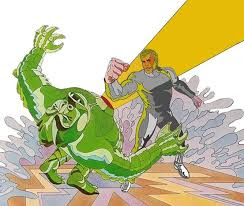 The interaction between Super Joe and Gor was ingenious back in the day, by pressing Joe's two panels located on his back, his signature "One-Two Punch" knocks Gor's head upwards, triggering his red-hued Destructo Ray to shut down. 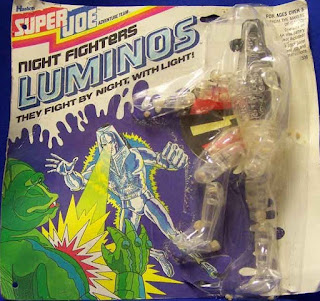 Unfortunately for Gor, he's vastly outnumbered as Hasbro rolled out two additional figures to the Heroic toyline, labeled as “Night fighters" featuring Luminos, a transparent figure reminiscent to Takara's Cyborg Hensman or Mego's Time Traveler from their Micronauts collection. Lummy, short for Luminos, has a built-in light that you can pivot with a 45-degree angle, while the Shield the blue-skinned warrior sports a chrome-plated bionic arm that wields a circular shield. The shield itself also has a light function, and both figures are battery-operated, which means you can't have 'em near the bathtub or pool parties! Poor Gor seems outnumbered that was until Hasbro added in two new villains, Darkon, who was Super Joe Commander in green skin with a black helmet and power vest. What also made Darkon one of my favorite figures was this chrome sword known as the "Lightning Lance," and his vest had a "Destructo Ray " function as well. 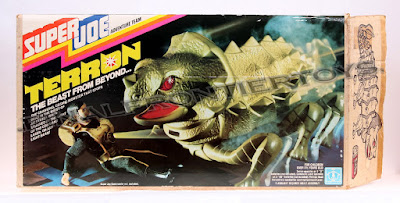 Finally, there was this huge reptile called Terron, not to be confused with Terran, that was controlled via remote but what made Terron so special was the built-in sensors that would stop the monster from moving once it gets a dose of light aimed toward him, and that light, of course, would come from Super Joe 's power vest.  The toyline, despite its cool potential, did not live up to the expectations of many quality-wise. 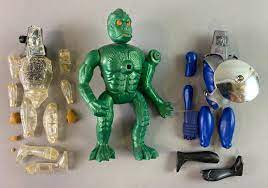 The uniforms were easily torn, the insignia labels would peel off and then there's the figures' rubber joints would corrode after time, and unlike its competitor, Kenner, who manufactured the Star Wars toys, there was no solid backstory or lore for Super Joe but hey, like the commercial’s announcer said; “You can imagine.” And let's not forget the competition from Mego's Micronauts, which also outsold Hasbro's ambitious product. 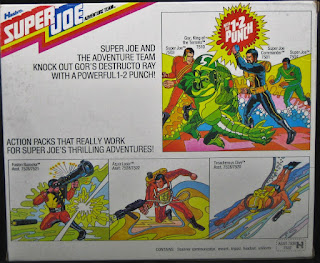 Super Joe was canceled during a span of one year which must be Hasbro's most short-lived toyline in G.I. Joe's history and that's very unfortunate because there was something cool about Super Joe.
The accessories, what little of them were innovative like the Sonic scanner and Helipak that is operational when plugged into the jack of the power vest. The presentation via television commercials was entertaining especially the Darkon spot accompanied by dramatic music and blaring trumpets or Terron's jingle. I got these somewhat late in the game as a Christmas present in 1980 when my mother bought nearly the whole product line at a Closeout store but if there was one thing I didn’t get, was that damn Rocket Command Center! Super Joe was the first G.I.Joes I had as a kid and I was fortunate to have them much before the Joe relaunch under the Real American Hero series. Here's to you, Super Joe who may have been down for the count, but didn't go out without a fight thanks to your "one-two punch!"
For more information regarding Super Joe, check out Plaid Stallions or 3DSuperJoes.com 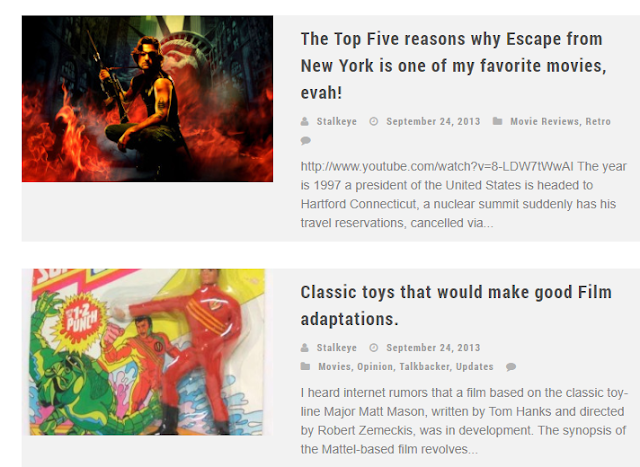 Trivia, in my very first published article about Toys that would make for great film adaptations, I added Super Joe to the list. Courtesy of Talkbacker.
Here's some fanart I did, in honor of Super Joe's 40th anniversary five years ago. 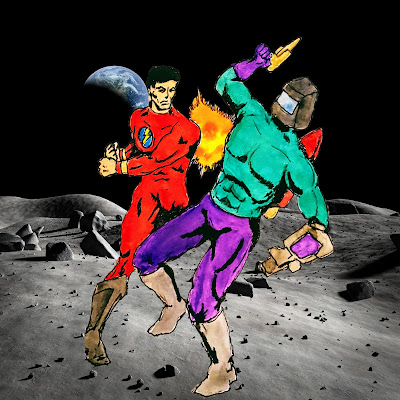 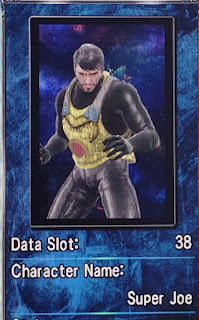 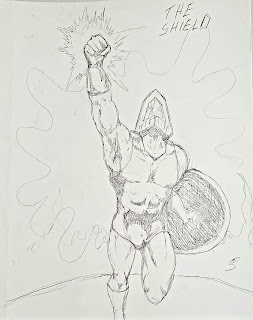