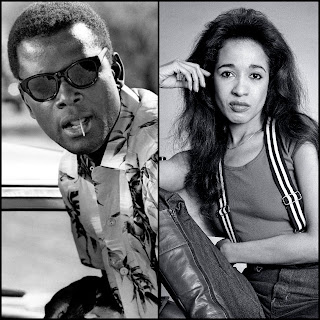 Shit! We're not even halfway past January and over four major celebrities and Pop Culture icons have made the transition! Is this "2016" all over again??
Aside from the unexpected passing of Betty White and Bob Saget, the news of legendary actor Sidney Poitier and now R&B singer Ronnie Spector had passed away.  While Betty White was known for her witty humor and excellent delivery during the 80's sitcom Golden Girls, I have a more personal connection toward Poitier and Spector.
Sidney had such an dynamic presence especially during an era when there were very few Black actors within the motion picture industry.  I can recall watching his classic filmography as a kid in the 80's via independent stations like New York's WNEW at the time before it became FOX.
In 1965's A Patch of Blue, Poitier befriended an illiterate blind white woman during the backdrop of the turbulent Civil Rights era, the friendship developed into a romantic relationship, albeit an ill-fated one. 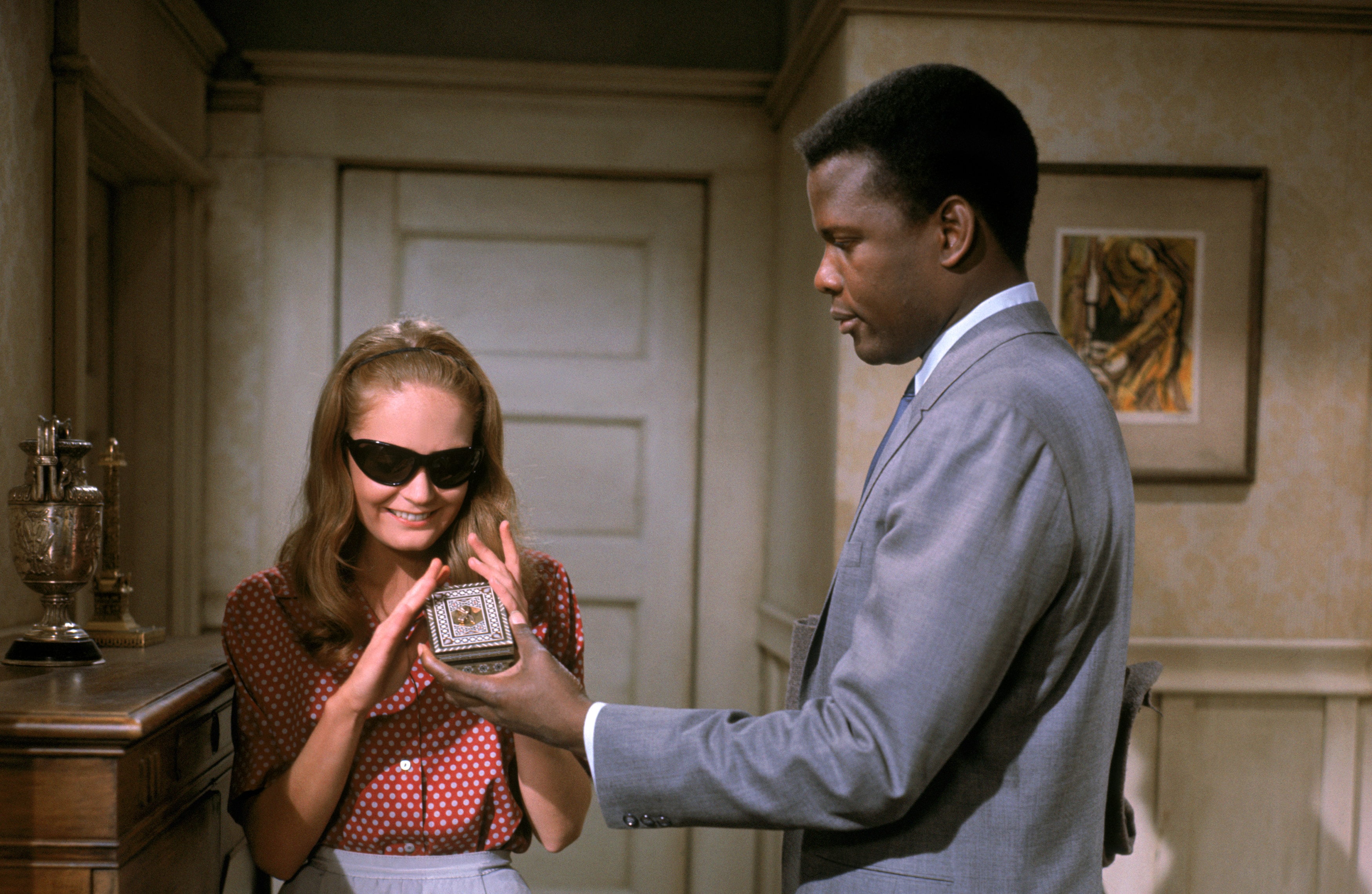 Poitier' s Gorden Ralfe was highly educated,  compassionate yet willing to sacrifice his feelings for Selina regardless of her naivete and optimism when mutually having affection for a black man in the South. Despite the film's metaphorical allegory that "Love is color blind", when the odds are stacked against your favor, one is forced to make a tough call, as people and reality can be very cruel. Sorry, but love does not conquer all! Of course there were other films Poitier had made which heavily focused on race relations like Guess who's coming to Dinner and To Sir with Love, but back then during the fifties, it was very impactful for Poitier as he began to earn prominent roles in the Defiant Ones opposite Tony Curtis or Blackboard Jungle, the latter where Poitier was cast as Gregory Miller a rebellious yet musically talented student, who in was the inspiration of Peter Stegman in 1982's Class of 1984. It was momentous for a Black actor to gain traction at a swift yet steady pace as the world began to take notice of his ongoing presence in tinsel town.
However, it was 1967's  suspense drama, In the Heat of the Night, where the actor garnered further praise and a healthy modicum of respect as Detective Virgil during a homicide investigation in "Goddamn Mississippi."
Aside from his delivery: "They call me, Mister Tibbs!" I loved that scene when this racist Florist got bitch slapped after laying his hands on Detective Tibbs! Of course, I would be remised if I didn't mention his part in Uptown Saturday Night or its sequel Let's do it Again where he co-starred opposite Bill Cosby (Yes, that Bill Cosby!) in the 70's Black oriented Comedy series.
Because of Poitier's breakout performances , he had jumpstarted the precedent for more black male actors with progressive roles be it Morgan Freeman, Denzel Washington, and so many others who owe a debt of gratitude to this pioneering trailblazer who not only was the first black male actor to win an academy award, but Hollywood’s mainstream first black actor, period! 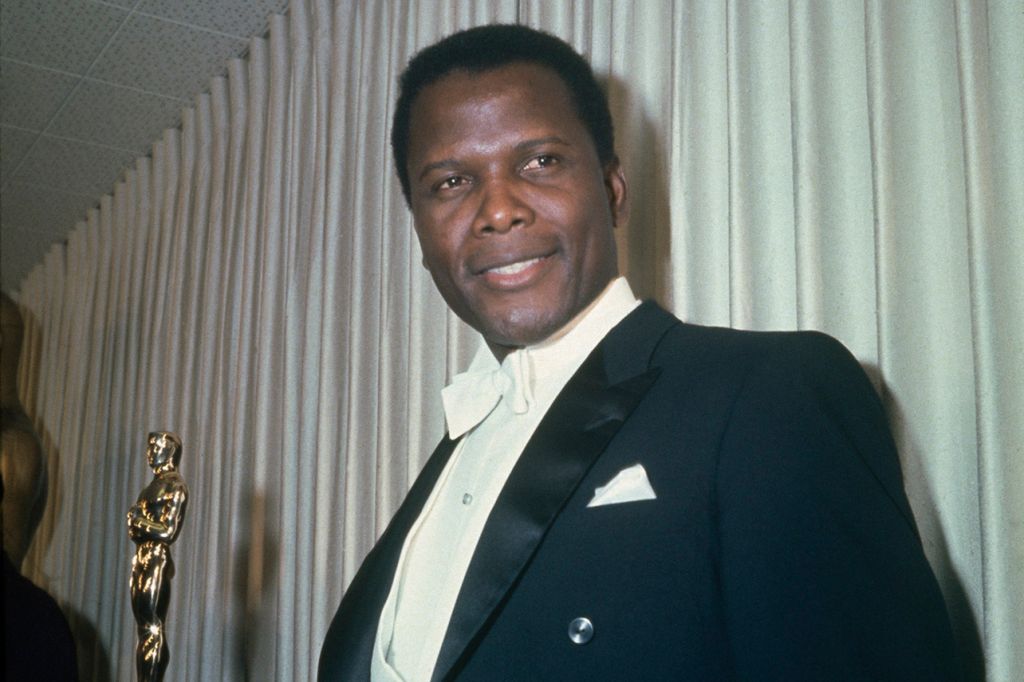 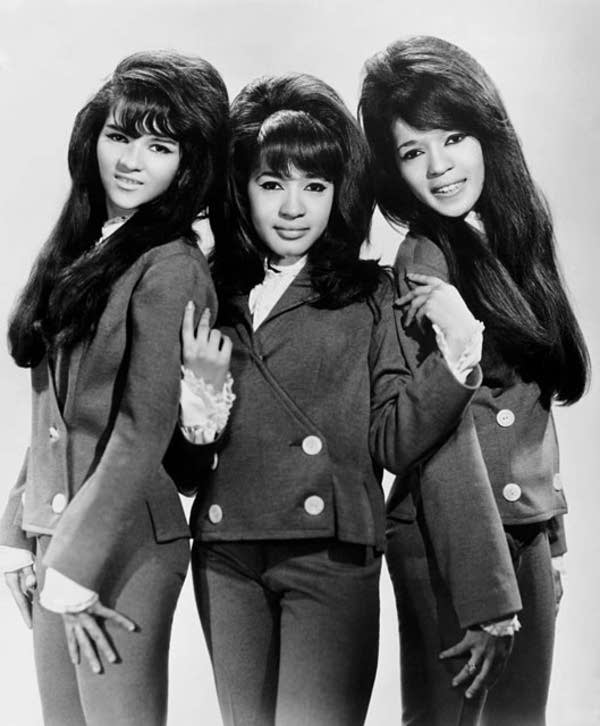 Veronica Yvette Bennett aka Ronnie Spector was codified as the original "Bad Girl of Rock n Roll" and despite a few setbacks, Ronnie Spector had a successful career for being known as one of the few leads of a black all-girl band back during the fifties and sixties thanks to her iconic song "Be my little baby" and "Baby I love you " which was the breakthrough for the Ronettes.
After the initial breakup of The Ronettes, Spector  attempts to recapture mainstream success throughout the 1970s and early 1980s, were for the most part in vain, that was until being  the featured vocalist on Eddie Money's Top 5 hit, "Take Me Home Tonight", while I never cared for Take me home Tonight, it garnered praise and plenty of Airplay on MTV. However, her song "Tonight You're Mine, Baby"  which was used during the end credits from the 1985 Rom Com "Just one of the Guys" utilized more of her vocal talents dating back to the songstress' early career during the genesis of Rock n Roll.
Overall, it's just a sweet romantic song and a fitting outro theme for the sleeper hit comedy.
Spector's marriage to Mogul and creator of "Wall of Sound" Phil Spector, was tumultuous at best as he was revealed as very abusive and controlling. Ronnie and The Ronettes  sued Phil for nonpayment of royalties and for unpaid income that he made from licensing of Ronettes’ catalog. Although, the judges found that their contract gave Phil unconditional rights to the recordings and  ruled that Spector was entitled to her share of the royalties, which she had forfeited in her divorce settlement, In the final outcome, Phil paid in excess of $1 million to Ronnie Spector which she deserved more for the subsequent  years of abuse she endeared. 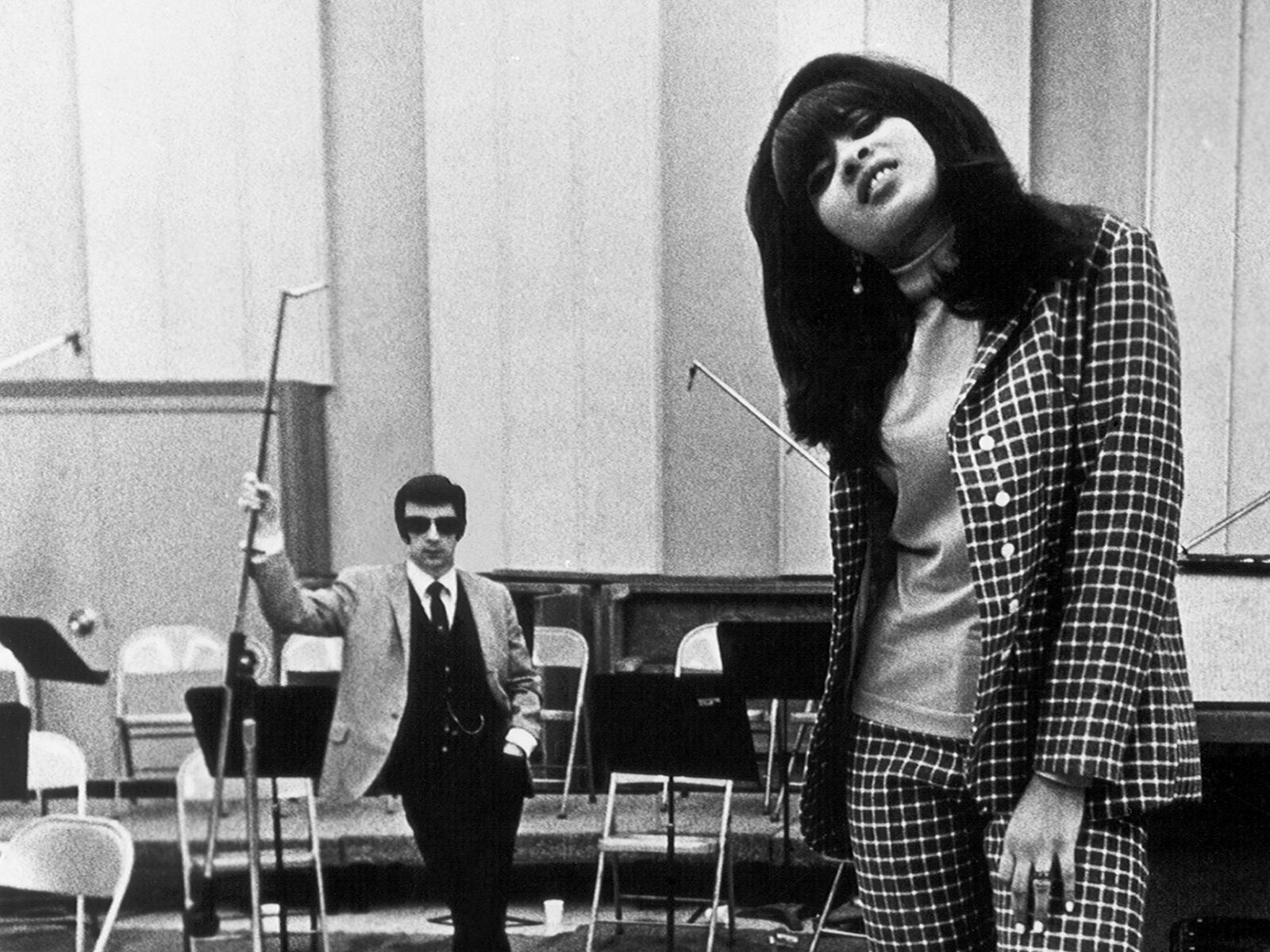 During the 2001 Joey Ramone Birthday Bash at CBGB'S, I was chopping it up with Jerry Only of one of my favorite bands, The Misfits and when I asked, "What's next for the group?" (After the firing of former lead singer Michale Graves.) He mentioned the next album titled: Project 1950 which the Punk Band covers acts from the 1950's era and with Mr. Only making his debut as lead vocalist.  Now while I didn't care for the Album, nor Only's singing as I was so accustomed to Danzig and Graves' vocals, I found myself enjoying his rendition of "You Belong to Me" and part of this was due to Ronnie's contribution as background vocalist.
It seemed like an odd combination when you have a Punk band and a sixties R&B singer working on an album, but it gelled. The song was recently used in the Mafia 3 videogame prior to Lincoln Clay's final showdown with Salmarcano at the casino.
the Ronettes were inducted into the Rock & Roll Hall of Fame in 2007, while Phil Spector was awaiting trial for attempted murder. Phil was sentenced to 19 years to life in the California state prison system and died in early 2021 possibly from complications due to Covid 19.
Ronnie's life full of trials and tribulations,  reads like another biopic and as a matter of fact,  there are plans to develop a docudrama based on Ms. Spector's memoir: Be My Baby: How I Survived Mascara, Miniskirts, and Madness, Or, My Life as a Fabulous Ronette starring Zendaya. 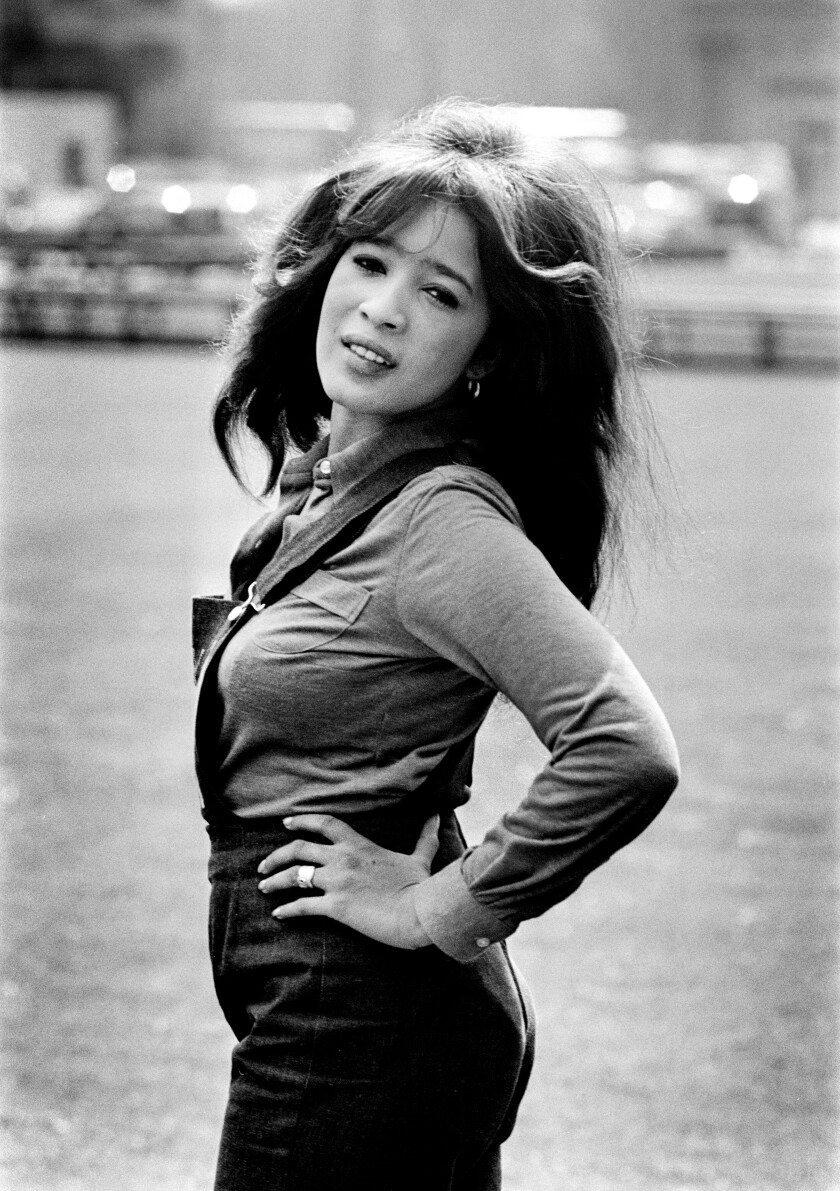 Rest in Peace and Power Mr. Poitier and Ms. Spector. You may be gone, but your legacies are eternal.

The world lost Ronnie Spector today. To say she was a treasure would be an understatement. Despite the fact that she was a living legend, she was one of the coolest, most easy going, down to earth people you’d ever meet.
Read my full post in her memory at https://t.co/Fms9tHziQU pic.twitter.com/RsMUtPBbWi