What if: Tchalla became a Star Lord? 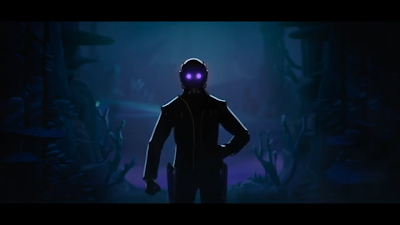 Marvel’s new animated anthology series called what if was off to a promising start thanks to its pilot, but can it hold up during the succeeding episodes? Insofar, yes. Narrated by Jeffrey Wright as the Watcher, we are introduced to a pondered mashup of Guardians of the Galaxy meets the Black Panther, Tchalla (Voiced by the late Chadwick Boseman) who was “adopted” by Yondu and his merry space pirate crew-the Ravagers, pull off a heist to steal a powerful plant called “The Embers of Genesis” from the Collector and things don’t go as well as planned when there are a few plot twists and stumbling blocks mainly the Collector himself! 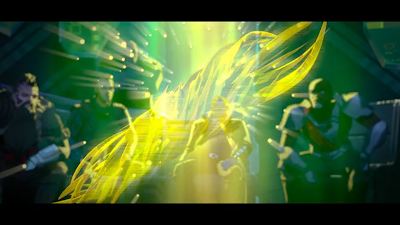 This episode brought in nearly quite a few familiar faces from the GOTG films, from Michael Rooker’s Yondu, Karen Gilian’s Nebula and even Josh Brolin reprises his role as the Mad Titan Thanos who was very likeable despite constantly pushing his genocidal screeds. Despite his ailing health, Boseman gives it his all as Tchalla where he’s less stoic, regal and more of “one of the guys” and with the previous episode, Blue Point’s animation is of high quality, and I can only imagine future series utilizing this aesthetic. The characters are more lifelike and easily recognizable as you can tell that Yondu and the others bears a striking resemblance to their live action counterparts. No, its never going to replace real life thespians but I would love to see more of these techniques for upcoming projects, and just not restricted to Television. 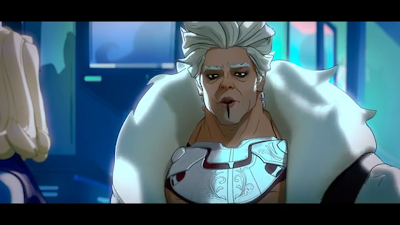 While some of the dialogue is somewhat mediocre in the tradition of “Disney friendly” media, there was one quote that caught my attention, when an imprisoned Tchalla confronts The Collector he says, “Where I come from, History has never looked kindly on those who lock Men in cages.” Mic drop! Aside from the brilliant voice acting from Boseman, Brolin, Rooker and Gillian, I must give a shoutout to Benedicio Del Toro who brought his A-game as the Collector. His persona is more vibrant than his role from the previous GOTG films thanks to a modicum of flamboyance and arrogance and rightfully so when you see that he’s more than just some flashy coat wearing collector of artifacts and species. 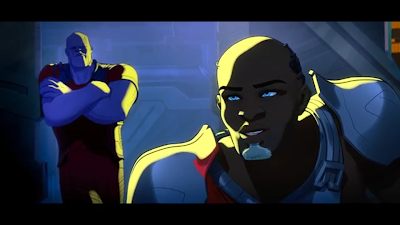 What I found very interesting trivia wise, was the interactions between Boseman and actor D’Jimon Hounsou as Revenger Korath. While the former portrayed T’challa in the Marvel Cinematic Universe films, the latter (Hounsou) did the voiceovers for Black Panther during BET’s titular animated limited series now all we needed was Keith David (Fantastic Four (1995) “Prey of the Panther”) and it would have been an official Black Panther reunion of sorts! Overall, this was another well-done episode that’s reminiscent of both Star Wars and 1981’s Heavy Metal with a dose of “Ocean’s Eleven” and that’s a good thing. The ending courtesy of a certain “Eye patch” actor, was an unexpected treat but it’s the dedication to the legendary Chadwick Boseman, that gives a perfect sendoff to his amazing contributions within the Marvel Cinematic Universe. “Wakanda Forever”! 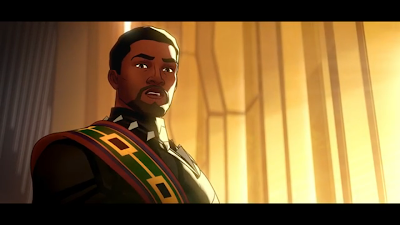 What If is now available on Disney Plus.
Animation Nation Black Panther Chadwick Boseman Disney Plus Guardians of the Galaxy vol.2 Heavy Metal In Memoriam James Brolin Marvel Cinematic Universe Science Fiction What if?