After receiving critical acclaim from Loki and prior to that, Wandavision, and Falcon and the Winter Soldier. it seems like Disney, hasn't slowed down their Marvel momentum.  Based on the 70s Comicbook, "What if" is an animated Anthology series "Hosted " by The Watcher, an ominous sentient being unraveling events from alternate realities from the Marvel Universe where the outcomes range from triumph to very tragic. "What if Peggy Carter became The First Avenger?" In Captain America: The First Avenger, we were introduced to SRS Agent Margaret "Peggy" Carter who played an integral part of Cap's debut within the MCU. Peggy was more than some potential romantic interest, she was fierce, witty, honorable, and feisty so with all these traits, why not make her a substitute for Steve Rogers?

In this reimagining of The First Avenger, our tale begins with Steve is ready to receive Dr. Erskine's Super Soldier serum, when entering the chamber. A saboteur under Hydra's command, detonates the chamber's surrounding area, killing Erskine and injuring Rogers, prior to Agent Carter gunning him down of course. With Steve too injured to reenter the chamber, and time running out, Peggy assumes authority, and is injected with the serum. The rest is "history".

The first episode is a solid entry thanks to dialogue which contains clever self-referential jokes, callbacks and of course, topical references i.e., identity politics. The animation resembles classic Disneyesque aesthetics, but dialed up to 11, while the ambitious action sequences can easily be compared to one of Marvel's best films. 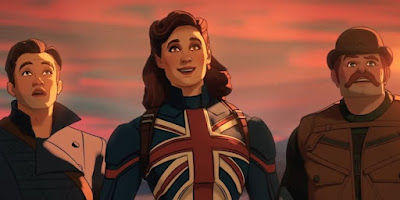 The voiceover acting is also on par with Marvel's live action counterparts. While Hayley Atwell once again lends her talents as Ms. Carter, the supporting cast from The First Avenger also returns for this spiritual reunion. Well, most that is since Chris Evans and Hugo Weaving are notably absent. 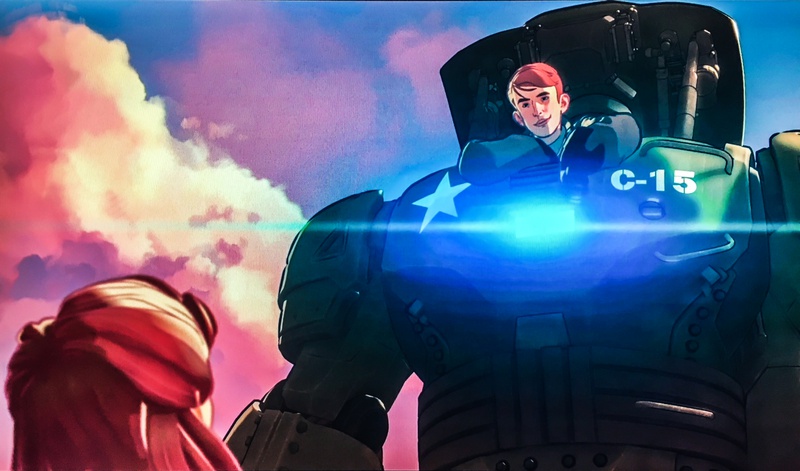 If there was one critique, it would be Steve using some Iron Man Mark 1 style armor called the Hydra Stomper, that took me out of the story for the moment since I was content on Peggy hogging the spotlight for the mist part. The two of them together reminded me of DC's Stargirl and S.T.R.I.P.E. was this some coincidence, a homage or Marvel just blowing smoke at DC?

While the "dance" references wore out its welcome and I would rather have Peggy be referred to as "Captain Britain " , overall I was satisfied with this solid debut and of course, looking forward to future episodes.