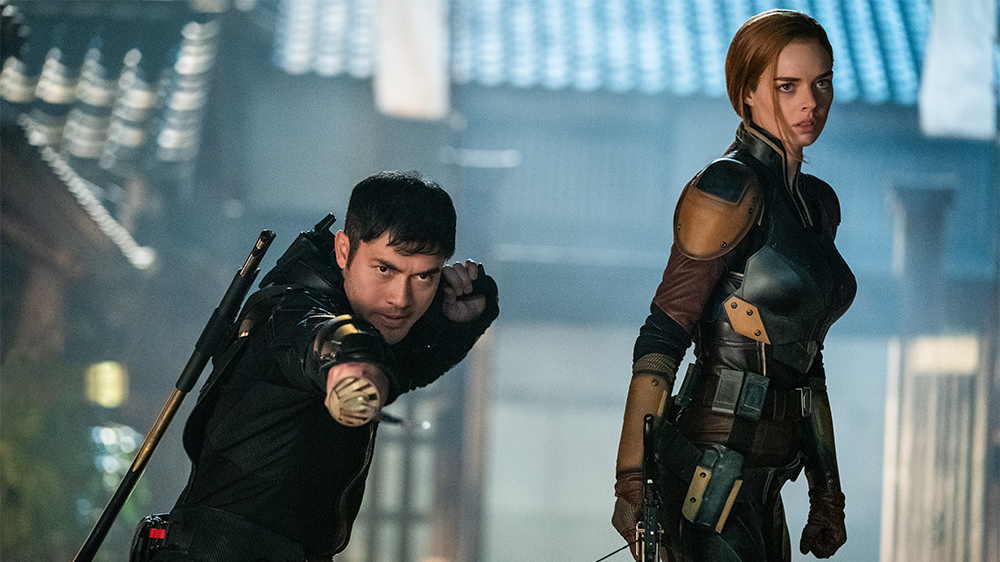 Ever since Toy manufacturer Hasbro has finally initiated their plans for a "Cinematic Universe " starting with 2017's Bumblebee which showed promise, the next obvious choice would be G.I. Joe, you know, the franchise that made the company a household name? Well, instead of going for another ensemble action movie as with the previous Joe films, some studio executive decided to continue the trend of self-contained character-based prequels ala Bumblebee, Wolverine and Solo. But at what cost?
Directed by Robert Schwentke of R.I.P.D (Already that's a red flag.) Snake Eyes is based on the iconic 80's G.I. Joe A Real American Hero line of action figures, vehicles, cartoons and most importantly, the Marvel comics-this is where the black clad Ninja Commando's mythos came into play, thus gained prominence as the most popular character from the franchise, thanks to Comic scribe Larry Hama.
Although Snake Eyes made his live action appearance during the two previous G.I. Joe movies, the third time is not by any means, a charm as this latest entry from Paramount desperately piggybacks from Fox's disappointing Wolverine X-Men Origins. 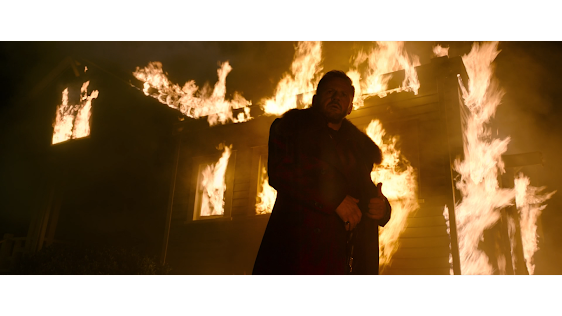 And as with "Wolverine Origins", this film opens with a flashback as "Snake" as a boy witnesses his father being shot and killed by some mysterious enforcer who pulls a "Two Face" move by rolling the dice deciding should this man lives or dies, yes, this scene is clichéd as fuck especially when you discover how the titular character gets his name. Well Fast forward 20 years later, Snake is all grown up and earning money through underground fighting circuits, until some mob boss who discovers and recruits Snake within his organization as a "Fish guy”, a worker who guts fish to smuggle weapons, cause that's how the Yakuza roll! 😜 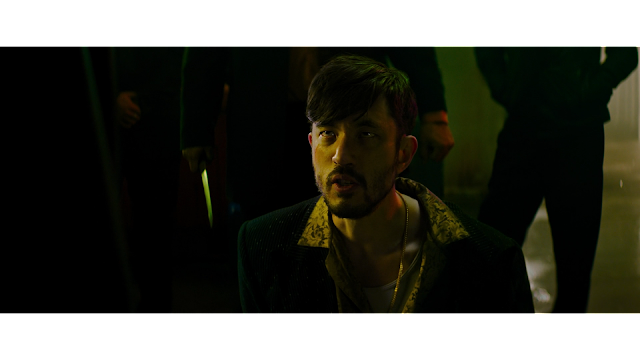 Snake is given some "litmus test" and fails, resulting in him added to Kenta's shit list, for not killing the competition, as in his cousin Tomisaburo “Tommy” Arashikage. (Andrew Koji of Warrior) Tommy being grateful, welcomes him into HIS organization, the Arishakage clan. So, hell bent on revenge and a quest for power, Kenta attempts to seize the Jewel of the Sun", a gem that, get this, contains magical powers! Are you still reading this, because this is where most of are having a collective "sigh" followed by a “what the hell were the writers thinking?" And I can't blame you. Using a mystical jewel is a cheap MacGuffin to further promote the narrative, and this was just another reason why Snake Eyes fails as a solo based film. 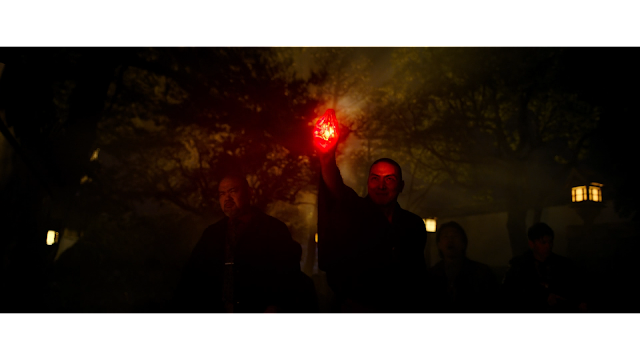 There are cringe inducing scenes with Snake going through a few trails, compared to previous martial arts-based films, such as Karate Kid or Kill Bill vol. 2 however, they were more nuanced unlike Skydance and EOne (A Hasbro studio) who took further liberties of "spit balling " when throwing in giant Serpents which served as part of the Arishakage rituals. Regarding the much talked about fight sequences, as a precaution, I would highly recommend taking a dose of Dramamine prior to watching Snake Eyes' constant jump cuts and shaky cam editing or lack thereof. 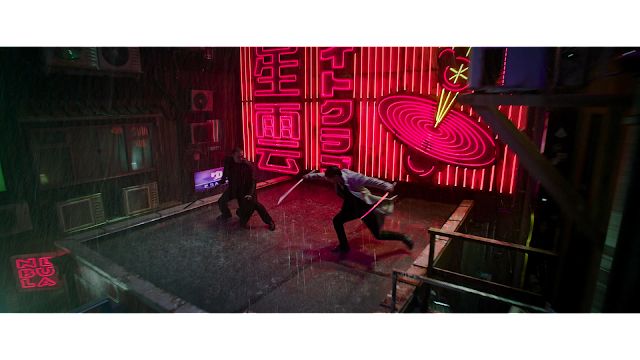 And Koji making overdramatic poses with his katanas doesn't help much either. One of the main draws for this movie, was Koji as Storm Shadow and Iko Uwais (The Raid) appearing as the Hard Master and for the most apart, Mr. Uwais for what little screentime he had, did not disappoint although, he wasn’t necessarily spared from the choppy editing and a very flawed script to begin with. If there’s one saving grace aside from Uwais of course, was Haruka Abe as Akiko who serves as the clan’s top security specialist. She’s untrusting of Tommy’s newest recruit yet developed this soft spot for Snake Eyes after learning of his father’s murder, unfortunately her trust backfired sometime afterwards. 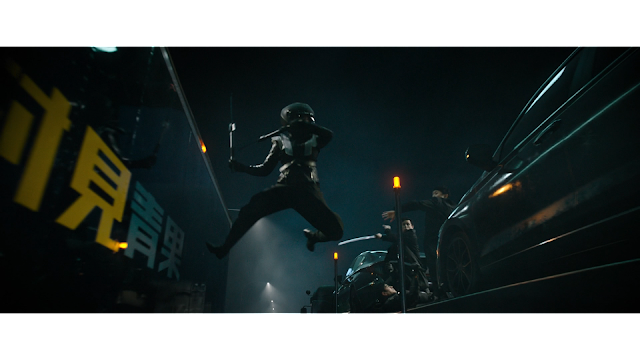 Her main highlight was performing acrobatic sword fights above a transport truck during a pursuit scene, which came off as if they were making a car commercial instead of a motion picture. Oh, wait...!!
Henry Golding as our titular hero, is more of an anti-hero, who makes a few wisecracks i.e., referring to the Hard Master as the "Hard on Master" and an eyerolling callback, where Snake says to Scarlett, "Yo Joe" prior to that, his actions caused the deaths of so many within the Arishakage clan, and yet when Tommy seeks revenge against Kenta, it is he who is banished by Sen, while Snake Eyes gets a hall pass? This movie is more than a bastardized adaptation and I while I can overlook the casting, I can't give Snake Eyes any praise for its weak depictions of the Joes’ signature hero, no matter how much of a fan I was of this iconic franchise.  It's a total mess, that was more about giving fanservice, than being a tentpole for a series of G.I. Joe films down the pipeline. 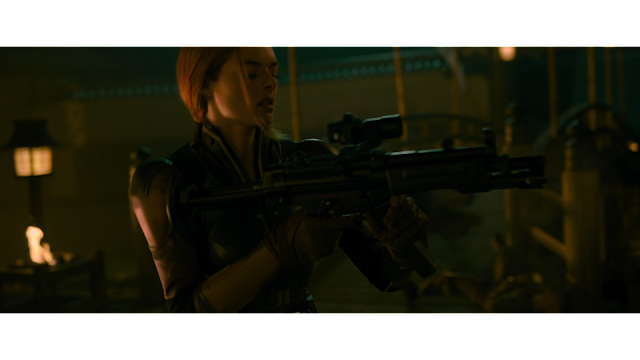 For example, there's one scene when Cobra's involvement with shipped weapons has been revealed, the clan leader out of nowhere says, "we better call Scarlet " which comes off as a throwaway introduction of one of the Joes' signature characters. Where was the explanation behind the Arashikage's association with the Joe team and why wasn't Tommy an operative or liaison due to his position within the clan? Snake in this movie is a dick and frankly I rather see a Storm Shadow movie than what is presented here. At the end, I was compelled to side with him as Snake lived up to his name, a fucking "Snake in the grass"! 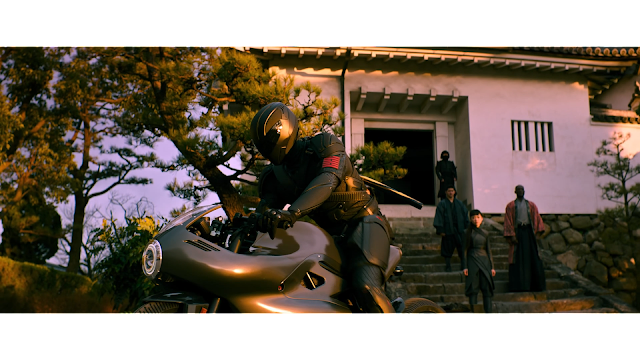 If there's anything to be to be grateful for, is that I didn't schlep to the theaters to see this train wreck and aptly so when you have CW esque cinematography, silly dialogue with one too many familiar tropes and to top it off, a final battle that resembles some cheap videogame boss battle.
Might as well called this: "Snake Eyes and the Tomb of the Giant Serpents"
Watching Snake Eyes is like taking a role of the dice, you hope to cash in, but expect to get "Crapped out".
No, Joe! 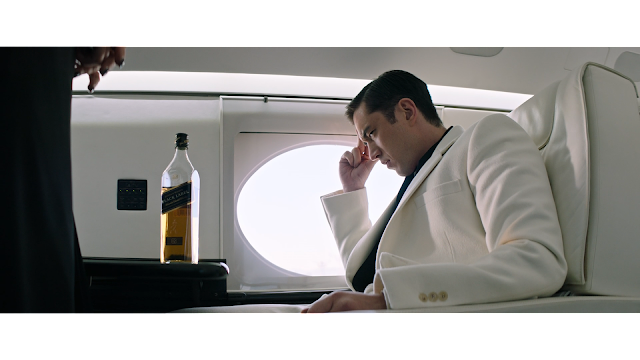 This is me having a few drinks after watching this movie while pondering Hasbro's lack of input.
Disappointing Films G.I.Joe Hasbro Snake Eyes