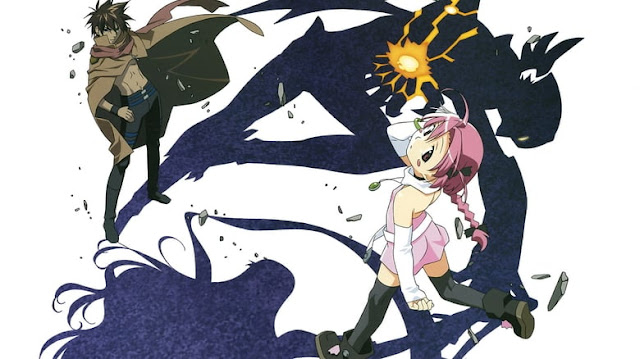 Anime is such an amazing medium whether its nuanced high concepts, bold experiment storytelling that isn’t afraid to take chances, the Japanese voice acting channeling the soul of the characters or its spectacular animation that shook American animation to its core, and in response the studios took notice by either importing the source material to the states via bastardized adaptations (Battle of the Planets or Voltron) or just outsourcing their animation productions for syndicated cartoons. (G.I. Joe, Transformers, Mighty Orbots just to name a few.)
What was then seen as some niche market, back during the 90's OVA boom is now mainstream throughout several streaming platforms! I have always been an enthusiast for a medium that contains various genres ranging from Robots, Sword welding Knights, Sorcerers, Science Fiction, Superheroes and Horror.  There was one series that consist of the latter three!
This 13-episode Anime debuted on April 4th, 2001, via Japanese network WOWWOW. The Soultaker, not to be confused with the schlock 1980's Horror starring Joe Estvez, is Tatsunoko's first Adult animated series about Kyosuke Date a seventeen-year-old teenager who was killed by his mother Mio Date, which instead triggered Kyosuke's latent ability to transform into a superpowered winged mutant enhanced with the powers of flight, agility, strength, as well as other attributes. To his main adversaries he is referred to as, "The SoulTaker"!
Soultaker is one of those rare instances even for Anime, that is outside of the conventional norms of an animated series. The stories are at times esoteric, but if you are dedicated enough, you'll have a clue of what transpires. I mean, If you can extrapolate the story and plot points from Neon Genesis Evangelion  or Serial Experiments Lain, then Soultaker might be to your liking.
Without giving much away, the plot involves Kyosuke along with Shiro Mibu and the nurse mutant girl Komugi Nakahara, in search of his long-lost twin sister and throughout the entirety of the series, the trio are pursued by not only strange mutant doctors and nurses of the hospital, led by his own father, Richard Vincent, but also Yui Kirihara, CEO and head of the Kirihara Corporation Originally a funeral business company, the Kirihara Corporation is a large global conglomerate. Armed with cutting-edge science and power, facilities and factories are set up around the world. Kirihara btw, is also tracking down for the corporation's malevolent purposes. Can Kyosuke save her in time and discover the truths behind the lies?

Ironically, what first gravitated me to this Anime 20 years ago, was a trailer that was something i had never witnessed before, it was bizarre, like a dark fairy tale, the animation and storyboards had a nuance vibe and the energetic theme courtesy of JAM Project, a J Rock band known for producing songs for Anime intros. 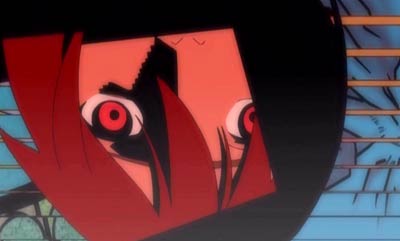 While many Anime enthusiasts will be quick to point out the similarities between this series and other "Body Horror Superheroes" like Devilman, Baoh, Biohunter and Guyver, The Soultaker is an entirely different beast. Sure, you have an evil Corporation that serves as the main foil like Cronos as seen from Bio Booster Armor Guyver or Baoh's Duress, however the story arc adds more horror and conspiracy elements that fold into the science fiction aspect.
The characters like Young Kyosuke are not your stoic archetype and there is some naivete to his persona, almost like a Luke Skywalker from A New Hope, (he even uses a Lightsaber weapon!) whereas Shiro comes off a bit "Soloesque" and there you have the adorable Komugi as the comedy relief bringing a modicum of balance to the dystopic and dangerous scenarios our traveling trio face. 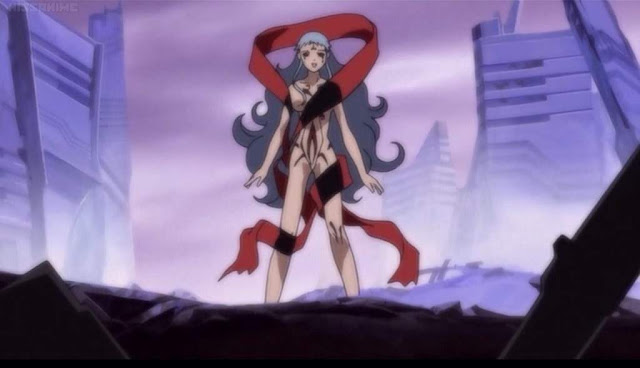 What really stood out for me, was not so much the action nor dialogue, but the visual aspects itself that incidentally pays homage to Iconic Italian Horror films like Dario Argento's Suspiria with its color saturation and palettes, complementing this dark word. In a way, Soultaker's ambiance feels akin to   David Lynch and David Fincher along with Argento .That withstanding, the esoteric storyline of Soultaker, doesn’t take anything away from the  exciting action sequences with Kyosuke screaming “Lightning-Breakeeerr” when performing his signature power infused punch. It reminds me of the fighting games of old, when your player character announces his move ala “Hadoken”! 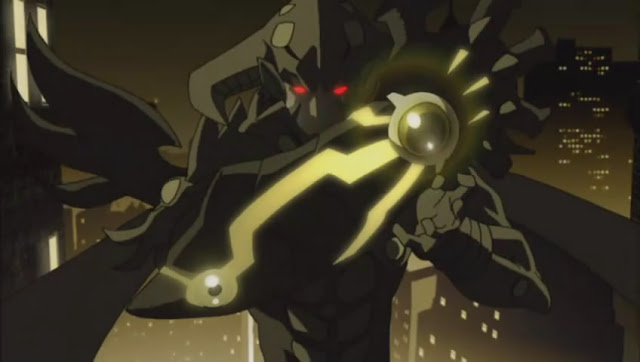 One of the main takeaways of Soultaker, was the use of Christian iconography not limited to Kyosuke's Crucifix necklace or the stained glass shown during the outro, but several mentions of Christ and the Devil. That withstanding, I cannot say if the Soultaker Committee/Tatsunoko Pro had this intent on delivering messages of Christianity but the series' timing being released around Easter and its 20th anniversary falling exactly on Easter Sunday as of April 4th, 2021, is mind-blowing! 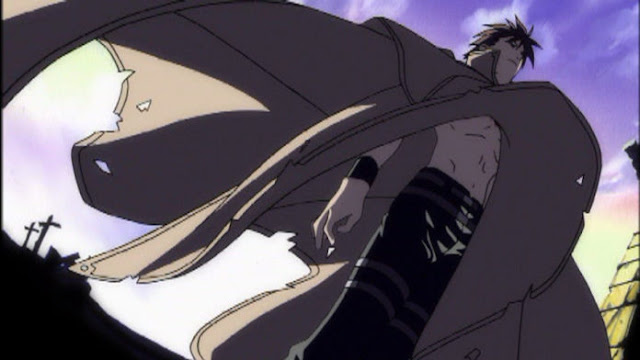 At its core, The Soultaker is a Superhero Horror, Cyberpunk noir hybrid with an unusual yet intriguing straightforward plot and premise. The series gained enough notoriety that Todd McFarland's company made an action figure based on the titular character. Also, a spinoff based on supporting character Nurse Witch Komugi aired sometime after Soultaker's finale. 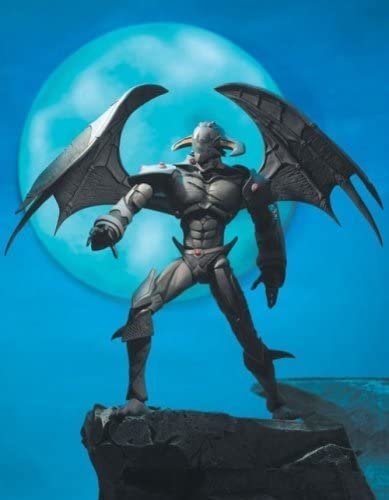 For those Anime fans looking for something different than Giant Mechas, Man eating Titans or Caper Career criminals, (Try saying that fast!) you can do no worse by watching Soultaker.
Running at a mere 13 episodes, its more than enough to fill in the blanks with a cathartic conclusion.
Anime Cyberpunk Horror Science Fiction Tatsunoko The Soultaker Underappreciated Characters