The Falcon and the Winter Soldier Episode 4 ReCAP

WARNING! There be heavy spoilers, matey!!
Holy shit! Just when I thought this series was touted as some action "Buddy comedy", its quite the opposite!After watching what is arguably the best episode of Falcon and the Winter Soldier thus far, I am further convinced how schizophrenic this show can be now that it has entered dark territory, since episode 4 "The World is Watching" has taken this nihilistic narrative as Sam, Bucky and their traveling companion, Baron Zemo is in pursuit of Karli while taking in the sights of Madripoor, an island nation familiar to you X-Men fans out there.

Unbeknownst to the trio, is that they are being followed by Oya and the Wakanda royal guard, the Doja Milaje who are not too happy about an escaped Zemo walking about, after causing the death of King Tchaka. Then out of nowhere, “here’s, Johnny”! As on John Walker also hot on the trail of Karli and her merry band of flag smashing terrorists. When everyone comes in contact with each other at Zemo's flat, Walker as the new Captain America tries to intervene between the Doja Milaje and Zemo, only to get his ass handed to him as Zemo pulls an "El Chapo to take care of business, like eliminating Karli before she kills anymore innocents.
As if Walker's humiliation wasn't bad enough, things take a turn for the worst. Zemo manages to destroy all the Power Broker's serum save for one and guess who happens to discover the last vial? As predicted, Walker confiscate the last remaining serum, so maybe his day didn’t turn out so bad after all!
Then again…. 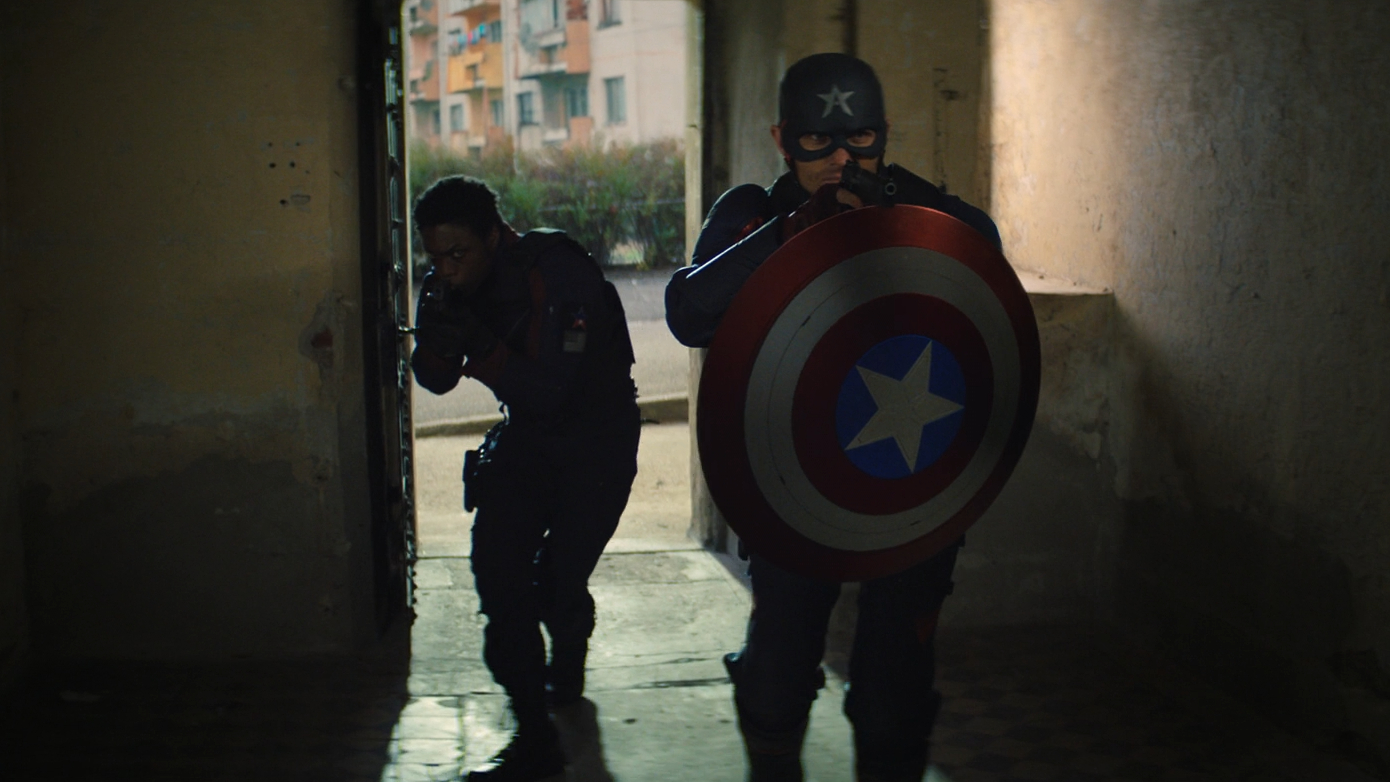 What I loved about this episode is aside from what i mentioned, is how Sam utilized his Veteran counseling experience when trying to prevent Karli from further causing harm to innocents despite sympathizing with her plight. Daniel Brul's Zemo is charming as he is cunning. When passing out candy to children, he whispers to be careful of Sam and Buck because they're "bad men".
I guess these kids are either naive or didn't get the memo of never accept candy from strangers!

Oya's return was well praised especially when we get to see how much of a badass, she and the Doja Miliaje is, when going up against the new Captain America and especially how easily she literally disarmed Bucky. Her using the sequence codes to remove his arm looked as simple as punching a pin number at the ATM machine!
I guess the flashback sequence between Oya and Bucky, when testing his reaction to the Winter Soldier code words, implied that she as his therapeutic instructor, Oya also knows how to break him should Bucky get out of line-like going back on his word.
The dialogue was engaging from would anyone take the serum if they had the chance or especially  our major antagonists waxing poetics regarding their  ideologies like Karli’s affiliation with the Flag Smashers or Zemo’s disdain for those who abuse power, as he often knows from the Ultron invasion in Sakovia. The close quarter combat scenes combined with seven clever hidden Easter Eggs were an entertaining break from the drama ridden story.

And speaking of drama, the main highlight is when shit gets real after Lamar Hoskins aka Battlestar pulls the "sacrificial negro" trope and is killed by Karli! John loses his shit and takes his rage with his newfound "powers" beats the fuck out of one of the Flag Smashers in the presence of both tourists and inhabitants of Madripoor, recording the incident and blood on his shield.

Will Karli feeling betrayed, go after Sam's Sister and Nephews?
Is this America’s new symbol? Obviously no, as Dr. Erskine had mentioned to Steve Rogers, when taking his Super Soldier serum, "Good becomes great and bad becomes worse." Where does John Walker fall in?
Find out next week!
Captain America Falcon Falcon and Winter Soldier Marvel Review