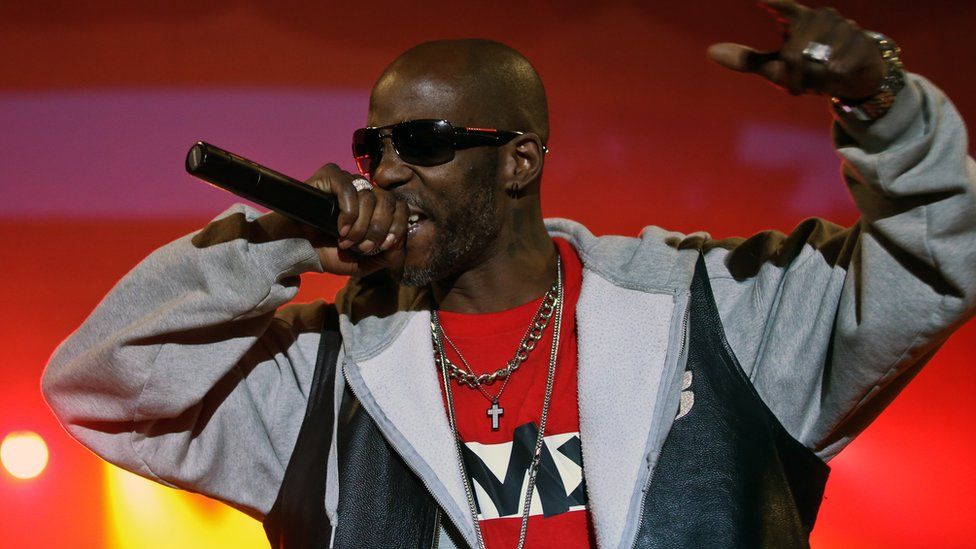 I wasnt much of a fan of rap after conscience Rappers like KRS One and especially Public Enemy fell out of the spotlight. Never cared for corny ass appropriators like Marky Mark nor Vanilla Ice or even most Gangsta Rap portraying negative stereotypes of black people. Tupac changed his persona embracing Thug culture and, in the end, it cost this talented activist his creativity then his life. Biggie was overrated. But that is another story for another time.
But there was something amazing about DMX who I first learned about during the music segment of Chris Rock's variety show on HBO. The Ruff Ryders anthem, along with his infamous signature gruff voice, immediately had me take notice of this Rapper whose name was Earl Simmons aka Darkman X. His sub-genre is not what I refer to as Gangsta Rap, but "Aggro Rap" brutally honest  Black masculinity despite embracing "Thug Culture" if not promoting it.
Both DMX and Onyx were my preferable "poison" during the late nineties, while Onyx was about that life anti Police, DMX's act was more suited for a party atmosphere even with his often-vulgar lyrics. I can recall fun times when my friend Mark and I would blast his songs on the PC/speakers after closing Office Depot, (a shitty thankless gig as with most retail businesses.) with most of my coworkers dancing and rapping to his lyrics, yes even the female coworkers were partying it up when playing "Party Up"!
At times, I could not take his songs all too seriously like accusing Simmons of being a misogynist after listening to songs like; "What do these Bitches want from a Nigga".  The video is even better and when watching it for the first time, my mouth dropped after seeing one of celebrity crushes Arthel Neville making a brief cameo as one of DMX's fictional conquests. Gawd she was so hot back in the day.
But I digress. The song itself may have been a means to truthfully ask what women want from men and the double standards involved, but in truth it was all about the women in his past. Back then there was a time when I asked the same question. Sans referring to Women as bitches of course. 😉

It seems that his past life caught up to him when having 15 Kids?!? This nigga gave "X gonna give it to ya" a whole new meaning! 😆
DMX's music peaked critical, commercial, and cultural success from the late nineties to the early 2000s to the extent of having my somewhat introverted  ladyfriend at the time, had me cringing when she was singing along to his lyrics "blood on my dick" when driving to our destination. And prior to that, a few Women from various backgrounds, I have known during my clubbing days.
So much for subtlety. 😅
DMX's fame obviously led him towards acting which of course is the next step for both Rappers and Athletes thanks to a brief appearance in Romeo must Die featuring the awesome Jet Li and the late beautiful Aaliyah. From there, Simmons starred in Cradle 2 the Grave also starring Jet Li where DMX plays a Jewel thief who could defy physics via running up walls like Spider-Man and perform a kick! That's when I knew his acting career was done, artistically speaking.
Aside from Belly and the underrated Never die Alone, where he narrates his life as a fictional unscrupulous dealer tied to a noir esque mystery, many of his songs were used for Movie trailers i.e. "Part Up" during Uwe Boll's horrible adaptation of House of the Dead or somewhat recently, "X goin give it to ya" from Marvel's Deadpool.
The latter, being most remembered as Deadpool's official movie debut, not that garbage from Wolverine Origins. Also, this movie was my first use of green screen techniques when promoting my Deadpool review back during the Supernaughts era. This was before the technology became more accessible so now "Everybody's got a gimmick" (Quoting  Falcon in Captain America Civil War.)
As DMX's fame dwindled, he resorted to appearing on reality TV, finding god and running a foul into the law whether it was Tax evasion,  animal cruelty and drug possession which eventually cost him his life. A life of seeking pleasures to sheath his pain from a horrible childhood.  Simmons Mother, a Jehovah Witness, refused to accept a $10.000 settlement after her son was struck by a car. His upbringing further spiraled into poverty and constant abuse mostly from his own mother if not her boyfriends. This may be the reason for Simmons' bi-polar disorder.
Simmons' criminal past was the result of his abusive Mother, who was supposed to be this nurturing figure, but instead another faith based hypocrite. You reject a settlement that would have benefitted your family due to your "spirituality " yet abuse your child while living in an impoverished environment full of roaches and mice?
In retrospect,  DMX was more victim than criminal. He was another example of being a product of one's environment, as in how poverty, neglect and abuse can create menaces to society.
DMX planned on making a comeback when signing a recording contract with Def Jam. Unfortunately, days after suffering from a heart attack due to previous drug abuse, the iconic Rapper had succumbed to his illness.
Thanks for being one of the many soundtracks of my life Mr. Simmons. You fought a long hard battle throughout your career and now you can rest. Like a fallen warrior, I hope you find peace in the afterlife. 🙏
"Arf, arf!"
Controversial Deadpool DMX Drug Addiction Eye in the Sky Op Ed In Memoriam Opinion Piece Rap Music