While Capcom's most popular intellectual property has reached its 25th anniversary as of March of this year, it’s ironic how this month also marks the one-year anniversary of the Coronavirus outbreak within the United States. But there is more to what can be written off as a silly coincidence that I cannot help but to entertain the bizarre irony of Resident Evil's connections to China. 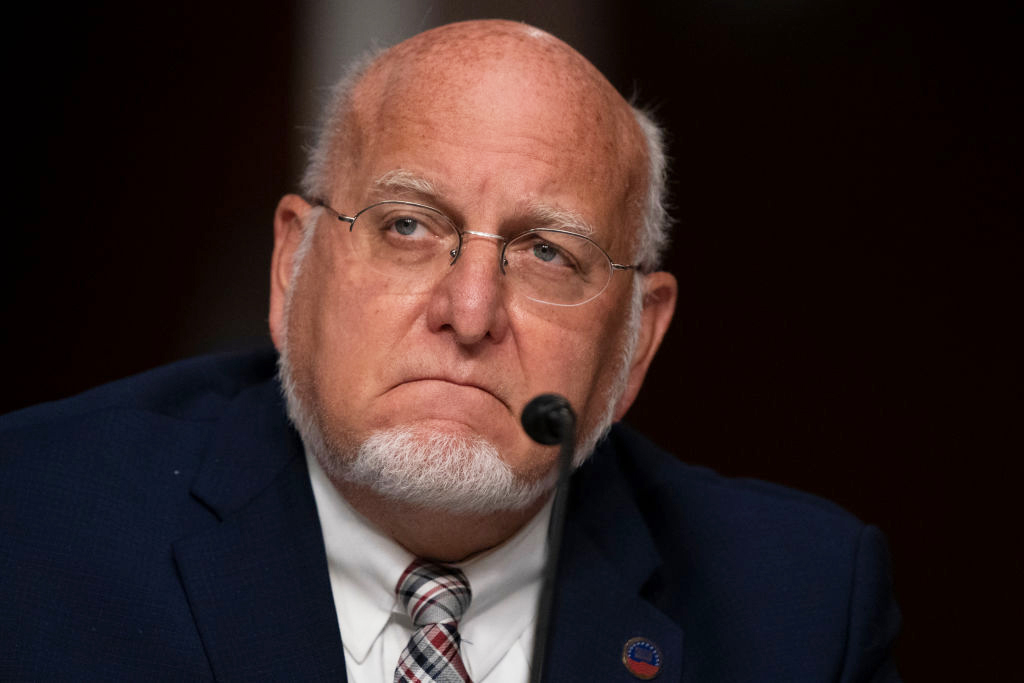 1. Former CDC Director claims that the Coronavirus was developed in a lab within Wuhan. Robert Ray Redfield Jr. (No "relation" to RE protagonist Chris Redfield.) who served as director of the Centers for Disease Control stated during a CNN interview with Sanjay Gupta, Redfield claimed that the way China handled the COVID-19 outbreak was a “cover-up.” The virologist theorized that the pandemic leaked from a lab in Wuhan, China — yet added that he did not think it was intentional.
“I still think the most likely etiology of this pathogen in Wuhan was from a laboratory — you know, escaped. Other people do not believe that. That’s fine,” he told Gupta
This scenario sounds familiar to the underground Umbrella lab within the fictional town, Raccoon City where Dr. William Birkin was killed when refusing to hand over the G Virus, a sample of said virus was leaked through the sewers where the neighboring rats ingested the dangerous antigen leading to cross contamination between the rodents and humans.
As of recent, Redfield's claims have been debunked by the World Health Organization's report concludes that the origin of the Virus came from Bats which contaminated the Livestock within the Chinese Wet Markets where Wildlife animals (including domesticated animals like Dogs and Cats) are slaughtered and sold for human consumption. 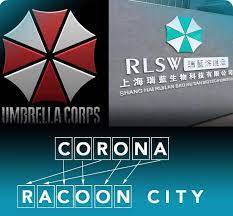 And as for that "Lab", well within Wuhan China, the ground zero of the Coronavirus outbreak, there was this speculation of some Lab company being responsible for developing and leaking the Coronavirus. Also, of note is that the lab's logo, resembles that of Resident Evil's Umbrella Corporation! Truth be told, is that this research lab operates straight outta Shanghai, not Wuhan! However, the between the two logos appears to be coincidental or a sick prank.
Some theorized how "Corona" spelled sideways, is "Raccoon" as in Raccoon City. That would be one of the credible ironies of Ironies, for those who have bad spelling and grammar Raccoon has two Cs so it’s doesn't fit the narrative. Thanks for playing, tho!
Dr. Deborah Birx, the former response coordinator for the White House coronavirus task force, is vilified for her mishandling of the Coronavirus response. I guess "Birx" is short for Dr. Birkin and she looks like she can play his Mother! 😆 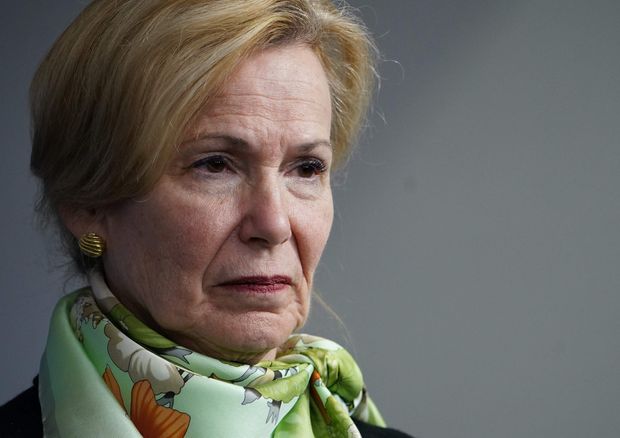 Now here's where things really get batshit! No pun intended. Despite being a critical failure, if there is one thing 2013's Resident Evil 6 may be forever recalled for, is the game stage that takes place in mainland China, where the civilians have been tainted by the C-Virus! And we have all heard what the "C" stands for by now.
Now here's the clincher! Resident Evil 6! In the sixth and worst sequel of all the RE games, thanks to shallow villains, redundant gameplay mechanics, and the Michael Bay explosions with an uninspiring soundtrack Resident Evil 6 will be most remember for its foreshadowing campaign mode which takes place in China and more bizarre is the stage that looks like the Wuhan Wet Markets, fighting off the Chinese inhabitants that are infected by the C-Virus! A few of the "zombies" have bat wings and of course, Bats are responsible for this highly contagious virus! Seriously, what the fuck was Capcom thinking when developing this game? That said, the weird coincidences cannot be ignored. 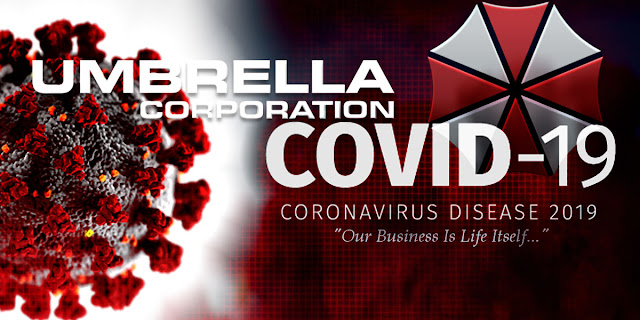 So, there you have it.
Underneath its Survival Horror premise, science fiction tropes marred with a few conspiracy elements, Resident Evil is at its core, is an exceptional series, even when certain games fall way off the center.
Happy Zombie Jesus Day! 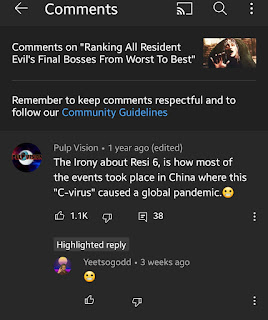