Nobody (Review) Whenever there's trouble, you better not call Saul! 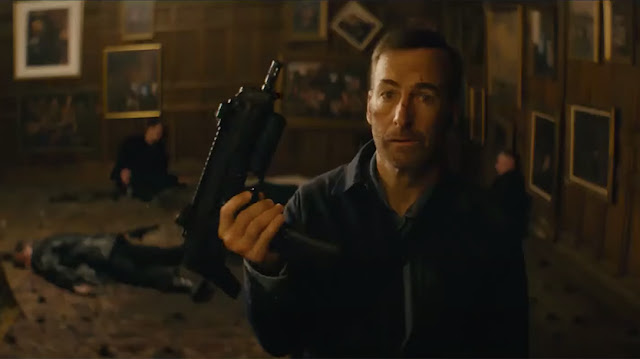 Occasionally, I would have the pleasure of discovering a sleeper film that for the most part, would have been easily overlooked due to lack of promotional materials like ads, trailers, or a bit of hyperbole. Fortunately for me, the Comedy action thriller Nobody, did not slip under my radar thanks to a few advertising spots on YouTube.
Directed by David Leich who has an impressive resume thanks to John Wick, Atomic Blonde, Deadpool 2 and Hobbs and Shaw, Nobody, is about your average suburban family man, Hutch Mansell, who lives a mundane life. His Wife has not made love with him in years, he has a semi estranged relationship with his son, while he must deal with assholes at work or those who live next door and cannot even take out the garbage in time for the Sanitation Truck pick up! Ergo, Hutch is deemed a nobody! That is until some burglars made a huge mistake when breaking into his house.
This serves as the catalyst for Hutch going on a wild misadventure, after realizing that his daughter Sammy practically the only one who shows love and respect for him, is missing her bracelet following the recent home invasion. After Hutch tracks down the burglars who he previously allowed to leave the house unharmed he is seen taking the bus back home. This is where things really pick up, when a bunch of drunk Russian thugs harass a young girl and Hutch gets involved.

Unfortunately for Hutch, one of the thugs harmed is related to Yulian Kuznetsova, a dangerous Russian drug lord, and unfortunately for Yulian, he does not know who he's fucking with!
As far as action films goes, Nobody easily stands on its own merits. It’s quirkiness and this can be attributed to many factors whether its comedic timing, the jump cut scenes detailing Hutch's day in the life or sporadic needle drops that worked exceptionally well, unlike Suicide Squad or Zac Snyder's Justice League. This movie in certain ways reminded me of 2010's RED with its blend of action and comedy, and as with RED, I originally assumed it was based on some obscure Graphic Novel because of its high conceptual premise, worldbuilding and execution, yet I was wrong. 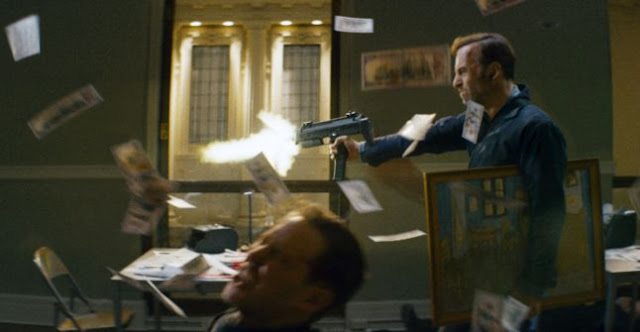 Sure, Nobody shares commonality with other films within the action genre; Equalizer, The Accountant, RED, and John Wick of course. However, its premise of some Everyman who becomes this sleeper operative badass, when "activated" but this film may have been written off had not it been for Bob Odenkirk of Breaking Bad and Better Call Saul fame. Odenkirk gives a great portrayal of this introverted everyman who loves and will his family, to the extent of going after an entire Russian Mafia. His demeanor throughout the story, is passive but more aggressive.

Originally, Hutch comes off quite eccentric when you see him having a discussion with his brother by talking to his Stereo system (voiced by Wu Tang Clan's RZA.) Is he having delusions or is there more to it than meets the eye? The fight choreography and stuntwork was refreshing to see, in a climate rife with CGI effects and this is one if the reasons why I appreciate films like Nobody, because at its core, it serves as another love letter to the more nuanced action movies of old. Hutch uses quite a few ingenious methods of disposing his enemies one being near his stairway, deserves praise for originality.
The comedy fits perfect partly due to Odenkirk's delivery e.g., having a nonchalant conversation with one of his assailants near the brink of death, as all four are lined up on his couch? LMMFAO 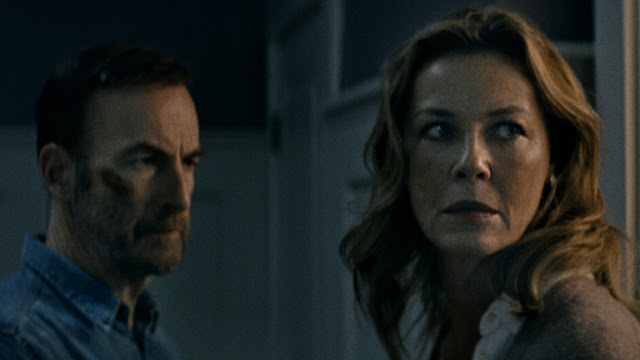 I would be remised once again, had I not given shoutouts to the needle drops which complements nearly every major scene. My favorite pick was "I gotta be me" as its self-explanatory regarding Hutch's duality because underneath that calm demeanor is a super assassin anxiously waiting to break out and do some serious damage! Then there is that lounge club scene during again, the third act where Odenkirk sits at a table face to face with Yulian after performing his Karaoke act. 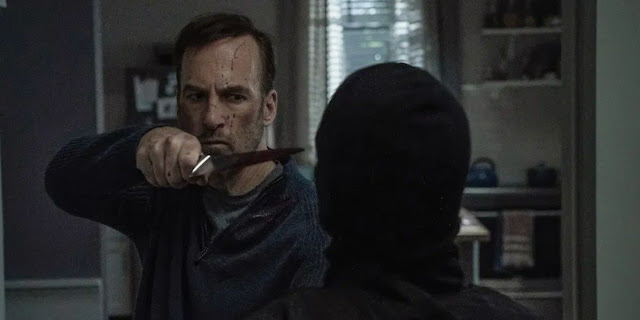 If I had one gripe or reservation about Nobody, it would be both near and during the finale which felt a bit slapped on as in a scene mirroring The Equalizer and the film's predictable "conclusion" leaving room for a potential sequel. That said, it's still one of the better films of 2021.Unfortunately, due to the Coronavirus pandemic, this film was pushed back nearly a year ago but had limited theatrical distribution a month ago and is now available for home streaming purchase or rental and well worth the asking price just to see how Mr. Odenkirk play against type.

There's speculation of a Nobody/John Wick crossover, depending on the critical and commercial reception. So far, it ranked exceedingly high on Rotten Tomatoes as of this writing.
#Make that shit so!
Best of 2021 Bob Odenkirk Comedy Coronavirus John Wick Men of Action Nobody Quarantined Cinema Sleeper Hits Witty Films