"Getting Down with the Sickness!" Dawn of the Dead (2004) Review 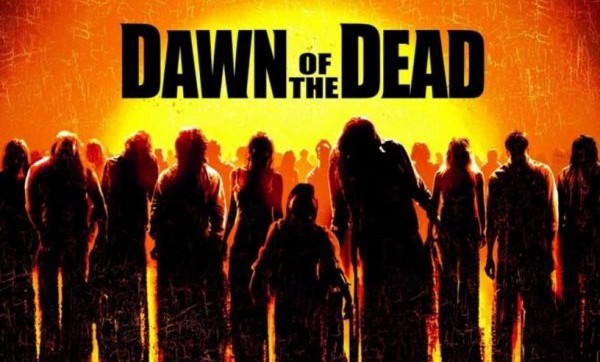 Since it's officially "Zombie Jesus Day", I thought I'd post my first review of an old classic thriller.
Zac Snyder's filmography is polarizing amongst many cinephiles-either you love his movies, or love to hate them and with his grand opus of Justice League, the majority consensus is now in his favor!
But let's all take a trip back in time appropriately 17 years ago around Easter where his first Directorial debut was met with both critical and commercial success along with a few gripes among diehard purists. And guess what, it's a goddamn remake! 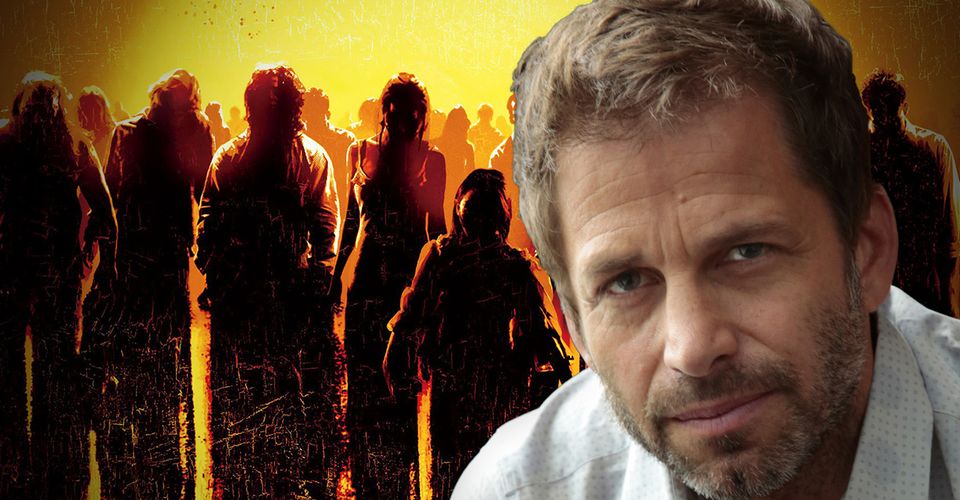 Written by James Gunn (y’know, the infamous Director of Guardians of the Galaxy and now Suicide Squad?) and Directed by the edgelord himself, Mr. Snyder, 2004's Dawn of the Dead is loosely based on George A Romero's trailblazing sequel to Night of the Living Dead.  However, both Snyder and Gunn (Sounds like a Law Firm) have taken such liberties to distance this remake from the original to the extent of sharing one similarity-the Mall itself.

Everything else, is vastly different as opposed to being a paint by the numbers job. Anyway, the prologue of this movie is a perfect setup as we see our main protagonist Ana, (Sarah Polley) working a long day shift as a nurse during the day, she notices one or two patients with deep abrasions, however its instantly forgotten as she drives home to her husband Luis on what appears to be a nice day. I can tell that it was the calm before the storm as soon as the scene was overlapped with this song; "Have a Nice Day.."

After Ana and Luis' "date night," things take a turn for the worst, when a silhouette girl a not so friendly  neighbor, attacks Luis and in turn, an infected Luis goes after Ana!

The prologue is one of my most memorable scenes as we are experiencing the sudden nightmares of this contagion from Ana's perspective especially when there's this panoramic camera shot reminiscent to one of Jack Kirby's splash pages, witnessing the chaos and carnage within her "safe" suburban environment! After we are treated to this clever opener featuring Johnny Cash's appropriate title, "When the Man comes around " there is a brief explanation of the Zombie pandemic as told through news reel footages and sobering broadcasts as the dead have awakened from a long nap-feeling famished. So, what’s for breakfast?

Ana accompanied by Kenneth forges an uneasy alliance with a few survivors while being confined inside a giant Mall. Will they survive the hordes of the living dead waiting to snack on their spleens, that’s if they don’t kill each other first?
What this remake does right, is the well-timed blend of action, horror and a few quirky scenes accompanied by a contemporary fast paced soundtrack and your occasional well placed needle drops. You have not heard it all until you have listened to the lounge version of Disturbed's "Down with the Sickness" during a montage scene that is a self advertisement for the Crossroads Mall.

Snyder's use of cinematography has an organic approach for a horror film, like the faux "jump scare" when she sees the lower half of a person lying on the back of an ambulance which was some EMT worker relaxing. The camerawork aesthetics outside of the hospital, gives off a bit of the original Dawn vibe while the premise itself, bears commonality with James Cameron's blockbuster sequel Aliens, whether it is the ensemble characters and the dire situations they face to survive this hellish nightmare!

As a matter of fact, it’s somewhat easy to compare the supporting cast to Aliens. e.g., here we have Ana filling in as the Ellen Ripley heroine protagonist while Ving Rhames as Kenneth a former Marine, now Police Officer begins as your stoic macho archetype, sans the cliché one liners. Yet throughout the story's progression, he develops a close friendship with Andy the ill-fated Gunshop owner. (One of the scarier scenes from this remake.) 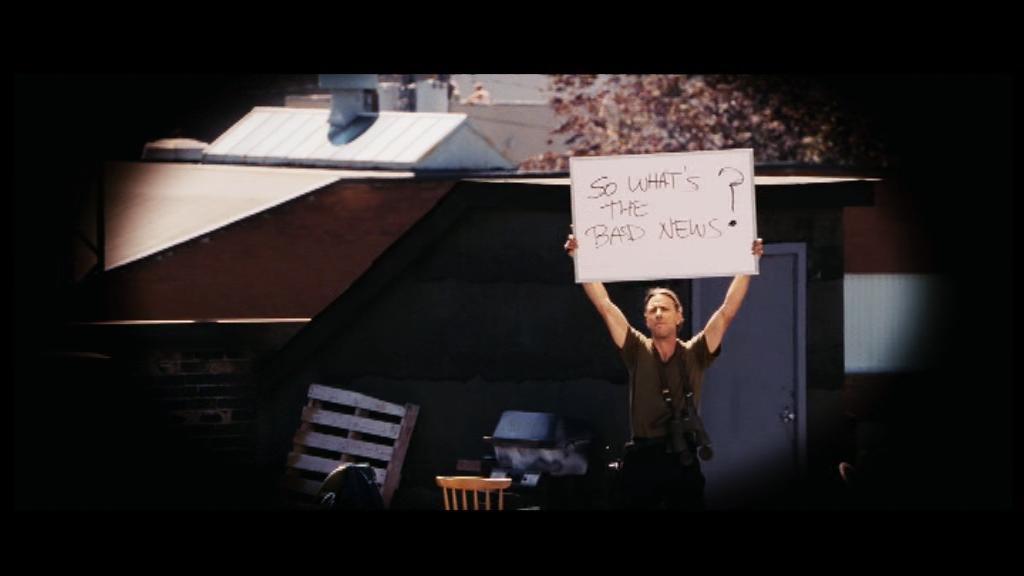 I gotta give Kenneth props for his blatant honesty during his epiphany during this makeshift "funeral" where he says about his fellow officers who lost their lives in the line of duty; " better them than me, now I don't feel that way anymore."
There are your garden variety movie trope characters like C.J. a Security guard who became a redeemable jerk, (Hudson) Ty Burrell's Steve, the all-around self-centered asshole as in Alien's Carter Burke, who clashes with Ana from the start but eventually gets his comeuppance due to a promise "fulfilled".

Then there are your throwaways like Andre, (Mikal Pfeiffer) Frank (Matt Frewer) and a few others who complemented the human aspects of the movie's narrative i.e., loss and denial during a Zombie Apocalypse. If there was one main gripe I had with Dawn of the Dead, is the "Baby Zombie". What was screenwriter Gunn's intention? Was this scene supposed to be funny or horrifying as in "horrible"? Either way, it was a complete fail.

Aside from that minor critique, was the "controversial " decision to include fast moving Zombies as seen in the 1985 classic Return of the Living Dead as opposed to your atypical shufflers.
Many fans of the OG Dawn of the Dead, were disappointed by having rabid Zombies running as fast as an Olympic sprinter. Even George A Romero expressed his dismay however, wouldn't it be scarier to have hordes of the running dead, chasing after you, who never run out of stamina while you are barely catching your breath? I would think so! This was also inspired from 28 Days Later a Zombie blockbuster hit that broke all rules of Zombie convention, ergo it worked in this remake as well. Personally, I prefer this over the OG DOTD because of its more fleshed out ensemble cast, prosthetic and practical effects and a updated storyline with memorable scenes sans throwing pies at blue faced Zombies.

The final moments of DOTD are when shit really hits the fan as our Mallrat group of misfits make a desperate attempt towards Steve’s boat, located in a nearby marina via retrofitted armored buses. (Akin to something from 1980's The A Team.) This is that “Escape from New York across the 69th bridge” moment where you can count on one hand who lives and well… As for the finale, it is nihilist as fuck, and despite the ambiguity shoehorned in, we all know what fate awaits our survivors. Throwing the original Nu Metal version of Down with the Sickness interwoven with hordes of shrieking Zombies during the credits, was more than enough for anyone to draw their own conclusions. Leaving me with a "WTF did I just watch?" after walking out the theater.
The success from a not so current crop of Post-Apocalyptic Zombie films at the time, (Beginning with Resident Evil, 28 Days Later, Shaun of the Dead) had ushered in this new Zombie Renaissance, thus paving the way for more projects such as AMC's The Walking Dead among a few others and equally important is how Dawn of the Dead had springboard Snyder's career whose resume is mostly associated with the DC Entertainment Universe and it should come as of no surprise. In hindsight, Zac must have been a huge fan of DC Comics as one of the many Easter Eggs seen was a storefront called "Metropolis." After 15 years, Zac Snyder's Dawn of the Dead is still a worthy watch for most fans of the action horror genre while providing fan service to Romero's most loyal fans, whether it's cameos from the original cast or callbacks like a lingerie store named after "Gaylen Ross".
A Cut above? Dawn of the Dead, The Director's Cut 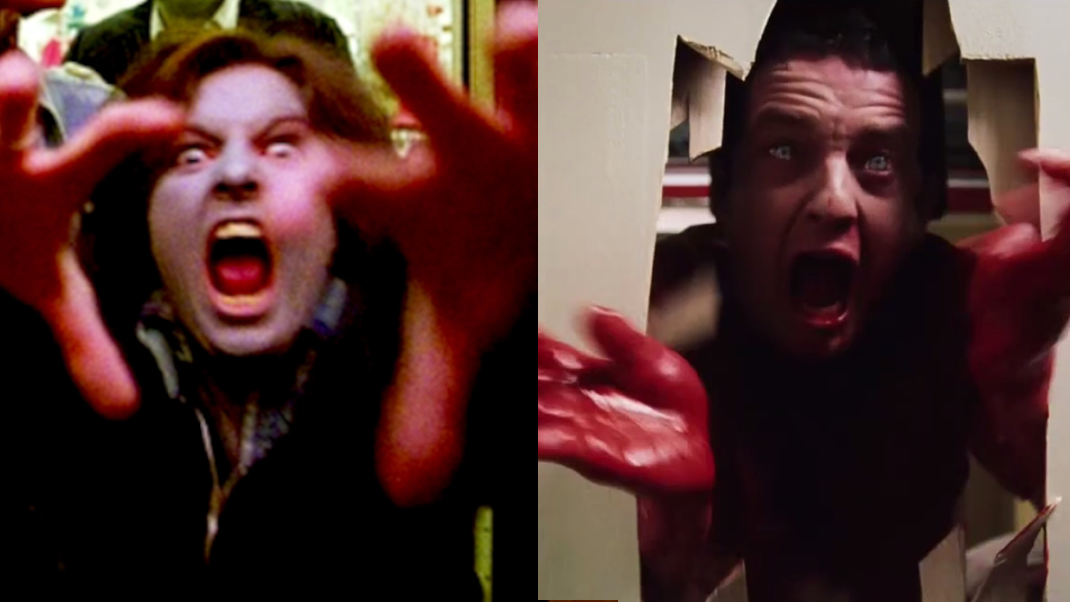 As with Justice League and prior to that, The Watchmen, Zac Snyder has released a Director's Cut version of Dawn of the Dead with minor but noticeable changes: Ana and Michael getting it on inside the armored bus, Glen disclosing his homosexuality to an already annoyed CJ and Bart while sitting in a makeshift jail and of course, more gore and gratuitous violence is expected. After all, this is an "unrated" version! I would highly recommend the Director's Cut over the theatrical release if you want all the bells and whistles of Zac's vision. 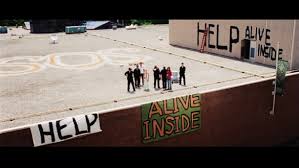