My love for videogaming began in 1990 when my sister had bought me a Nintendo Entertainment System console but did not care for it until I discovered both Metal Gear and Super Contra. That's when my interest really took off after playing Ninja Gaiden, Snake's Revenge and of course, G.I. Joe. The 90s were the decade of the slacker and with gaming systems like Sega Genesis, Super Nintendo, Sega Saturn and PlayStation, I can see why many would be hooked on immersing experiences than say, look for a real job or go to College?!?
But seriously, those were fun times when (cliché) things were much simpler. Anyway, it was around April 1996, when I got my hands on this hotly anticipated game called "Resident Evil " for the original PlayStation console. (PSX) Me being this avid horror enthusiast was piqued with interest when I first learned of this game and its premise.Inspired by George A. Romero's Night of the Living Dead and a lesser-known film, "Sweet Home", Resident Evil's narrative follows a bizarre incident that has occurred within the outskirts of a fictional town, Raccoon City.

The Special Tactical and Rescue Service otherwise known as "S.T.A. R. S." is called upon to investigate the mansion where there have been disturbing reports of nearby civilians being killed and "eaten."
Unbeknownst to the paramilitary squad, is how the surviving members escaped a brush with death after an encounter with a pack of rabid Dobermans by entering the Mansion that is rife with danger giving way to the "out of the frying pan and into the fire" trope. Can they survive the night of the living dead and other horrors that await them?
After the cheesy full motion introduction video, the player is tasked with locating items such as mansion keys, weapons, healing herbs and most importantly, Ink Ribbons to progress through the entire game. 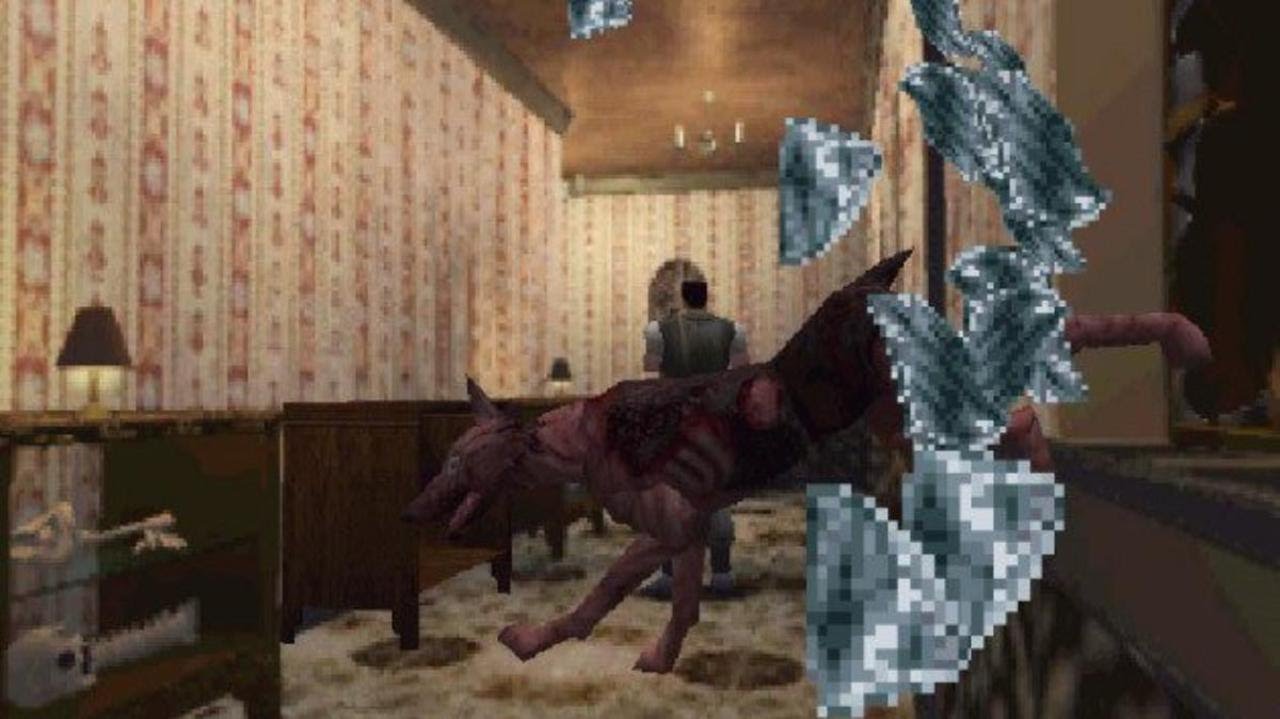 Resident Evil had set the standards in survival horror videogames, thanks to its offbeat concept when you factor in Zombies, giant snakes, spiders, sharks,(oh,my!!) dead doggies, anthropomorphic Lizards with razor sharp claws, haunting soundtrack and atmospheric stages combined with a conspiracy unveiling as you further venture into the game's story. Sure, the voice acting is worse than B movie quality ("No, don't go!" "With you, the master of unlocking...") but dont be fooled by those flaws as the game itself was scary as fuck! 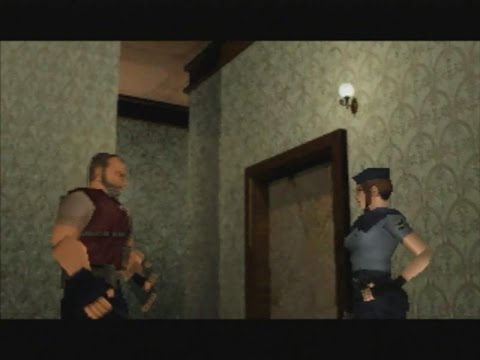 The static backgrounds first seen in Alone in the Dark combined with tank like controls, may seem dated by today's standards, however they were very effective when your character be it Chris Redfield, Jill Valentine or even Rebecca Chambers turn into a corner only to get ambushed by a Zombie or other creatures from the Mansion's locales.
What I also admired so much about this game, was the story's outcome depending on what path you choose that's not limited to the deaths of supporting characters. Those features alone, increased the replay value for those brave enough to go back into the "world of survival horror! 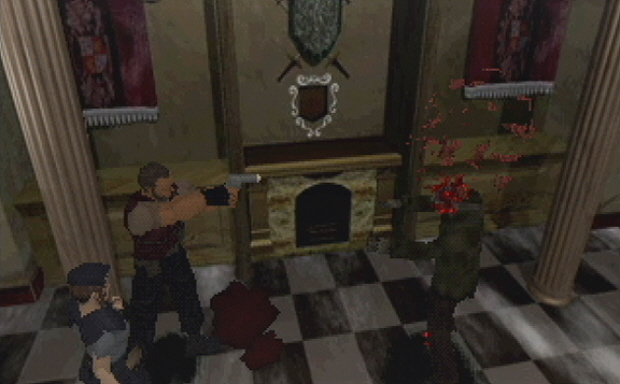 And speaking of supporting characters, Albert Wesker's reveals as the mastermind behind it all, harkens back to the old Metal Gear games with Big Boss' betrayal. If there is one thing Resident Evil had borrowed aside from the obvious Alone in the Dark gameplay, were clever puzzles, exploration, and item management when faced against the odds, which the latter was the highlight of the early Metal Gear  titles. So if you want to take inspiration from the best, why the hell not? Head developer Shinji Mikami was on record mentioning how Resident Evil was loosely inspired by John Carpenter films and in some ways, it shows.Although he refuses to acknowledge Lucio Fulci, it's evident that the Zombie designs are similar to the Italian Godfather of Gore's 1979 shocker. Even the atmosphere, emphasis on action and grunts from Zombies is reminiscent of Zombie! 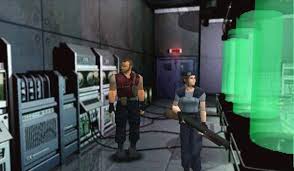 Resident Evil became an instant gamechanger that spawned various sequels,  spinoffs and even a bunch of Live Action movies, although most of those films were critical failures. But overall, the series as a whole is not restricted to just gaming, instead it’s a pop culture phenomenon! 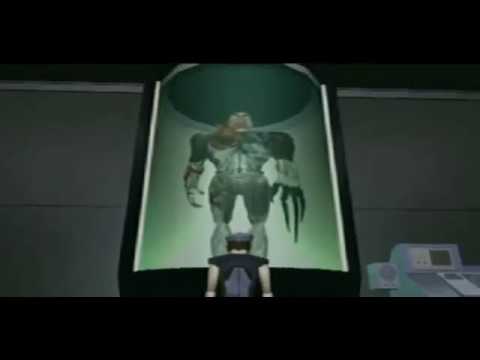