And here is my handpicked news for the Week of March 4th, 2021 where entertainment and sociopolitical commentary go hand in glove!  While last week's Golden Globes may have had a dismal rating, it made for entertaining news be it Sacha Baron's calling out the Hollywood foreign press, along with Rudy Giuliani, unexpected wins, embracing diversity and a few technical problems. That said, let's get to it!
Dr. Seuss is on the Noose, thanks to the "Sinister Six"! 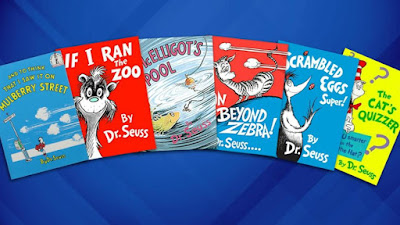 Cancel Culture returns to claim yet another "victim" and this time, it's good ol Dr. Seuss whose previous books- "And to Think That I Saw It on Mulberry Street," "If I Ran the Zoo," "McElligot's Pool," "On Beyond Zebra!," "Scrambled Eggs Super!" and "The Cat's Quizzer." were full of  racist imagery and offensive stereotypes so finally, Dr. Seuss Enterprises  the business behind the now infamous late author's estate, has took it upon themselves, to cease publication and licensing of the six inflammatory books. Meanwhile, the manufactured outrage is all over this topic. 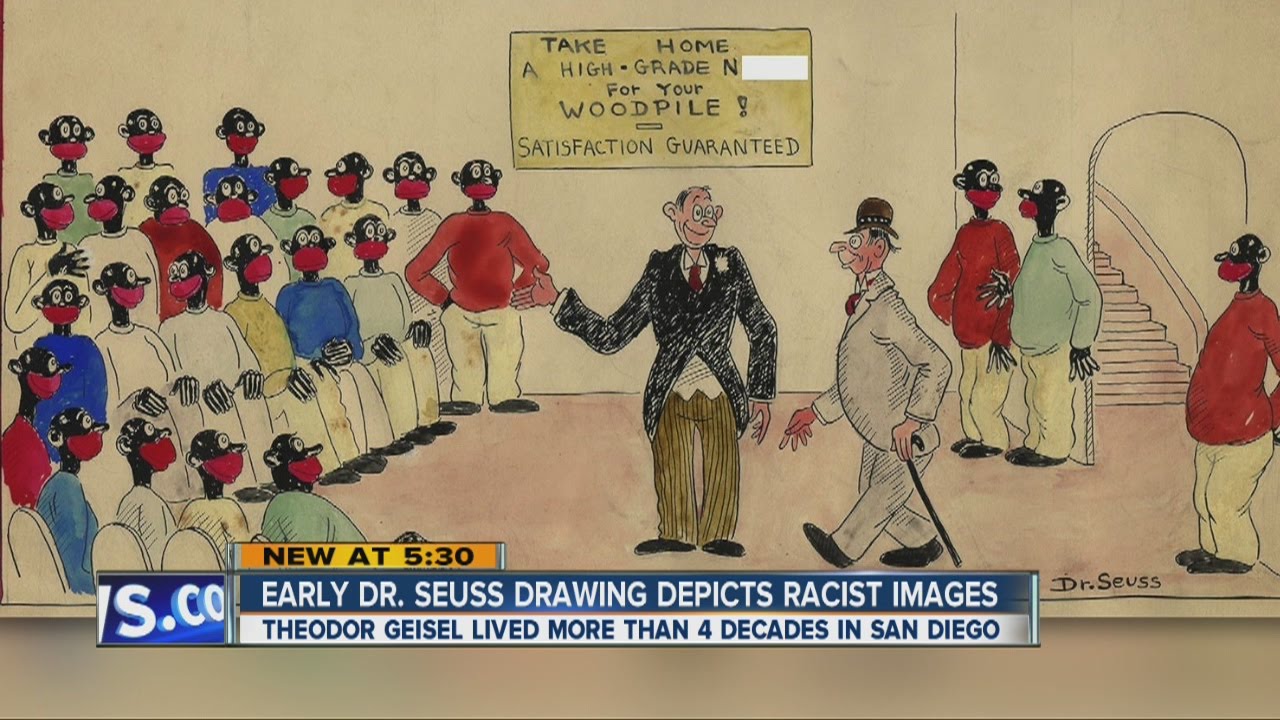 "First, they take away our Confederate Flag, then our statues and now Dr. Seuss?"  Oh, cry me a fookin' river!

Colin Kaepernick, Muhammad Ali, Billie Holiday, the American Right has a much longer history of #CancelCulture than the "WokeLeft." pic.twitter.com/xxn2yRQE0b

The neanderthal thinkers are more upset about "Dr. Seuss" than Covid relief and plan to sabotage Minority voters’ rights because well, they lost!
Personally, I subscribe to “Callout Culture" as in calling out all the injustices inflicted upon people of color especially, Blacks who were and still are often the target of systemic racism.
However, I am not fond of this system where one is being ostracized or vilified of every little thing that is perceived to be politically incorrect.
There is a big difference between Cancel Culture and calling out the although someone doesn't feel that way..
Whenever you say, "get over it", I would respond with “pay what you owe!” And by that, I meant #CuttheCheck!
John Wicked! John Wick scribe Derek Kolstad And Amazon Studios are working on yes, a Live Action adaptation of the Japanese Manga.Anime ‘Hellsing’ 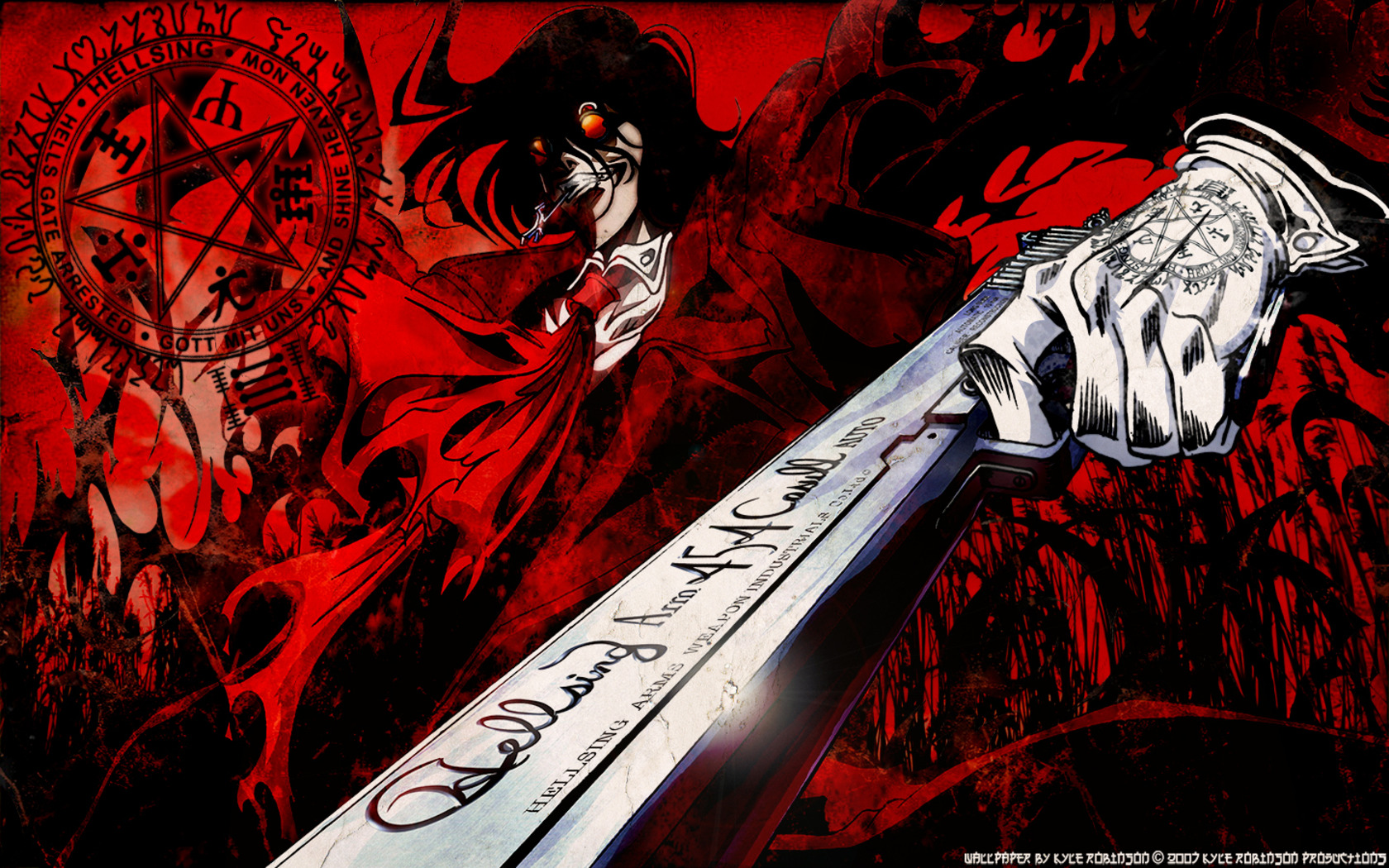 It seems that Anime live action treatments may be the ongoing trend for film and television studios that are not affiliated with Marvel and DC, since the major comicbook properties are locked in due to in house production. After not too recent releases i.e., Ghost in the Shell, Alita Battle Angel and soon Cowboy Bebop, Hollywood is mining deeper into the Manga/Anime industry for potential Movie projects, regardless of the lukewarm reception from both Alita Battle Angel and Ghost in the Shell. The latter being heavily scrutinized by purists for its “whitewashing.” So, here comes Amazon Studios and screenwriter Derek Kolstad mostly recognized for the popular John Wick series about a super assassin (Keanu Reeves) either going on a revenge killing spree or going against other assassins who have him ‘marked” as a human target.

“Ever since my brother introduced me to the Hellsing manga and anime some years ago, I’ve been obsessed with adapting it,” Kolstad said. “And when Mike Callaghan and his team managed to secure the rights to then partner us up with Brian Kavanaugh-Jones and Amazon, I mean -damn, dude- this is a dream.”

For the uninitiated,  Hellsing  reimagines Dracula as Alucard,(That’s “Dracula” spelled backwards as in Castlevania Symphony of the Night.) who is a special agent along with his young  female protégée and ex-police officer named Seras  bound to The Hellsing Organization, under the leadership of Integra Hellsing, the  great-granddaughter of Abraham Van Hellsing, to defend England and the world from vampires, ghouls, goblins and ghosts. And even the scariest of Monsters, Nazis!! The Anime series is available on FUNimation and Hulu streaming platforms and while I am a fan of the series, therein lies a modicum of skepticism as far as the live action anime track record has been very dismal especially when it comes to Japanese production yes, Gatchaman, I’m looking at you! Space Battleship Yamato and Gantz Perfect Answer are the exception to the rule so here’s hoping Hellsing will be the one to be the gamechanger. Meanwhile, I’m still waiting for that Robotech movie!
T.I. gets a bad rap and will not costar in  “Ant-Man 3"

It looks like someone will not appear in the sequel to Disney's Ant Man and its Rapper T.I.  who and his wife Tiny Harris have been accused of drugging and sexually assaulting multiple people, according to a lawyer who is seeking criminal investigations for the incidents that allegedly took place in several states between 2005 and 2018. As part of the fallout from these accusations, According to The Hollywood Reporter, T.I. will not be returning for Marvel Studios’ upcoming “Ant-Man and the Wasp: Quantumania.” Although it was unclear if the recent allegations factored into the decision, more than likely, it did! Though the couple has strongly denied the accusations through their attorney Steve Sadow, the disturbing accusations are taking a toll as T.I.'s career and possibly his image will take a serious hit as a result. T.I. portrayed Dave, a friend to Scott Lang aka Ant-Man (Paul Rudd) In 2015′s Marvel “Ant-Man” and the following sequel “Ant-Man and the Wasp.”
Comic Con is still on! As in "Online." 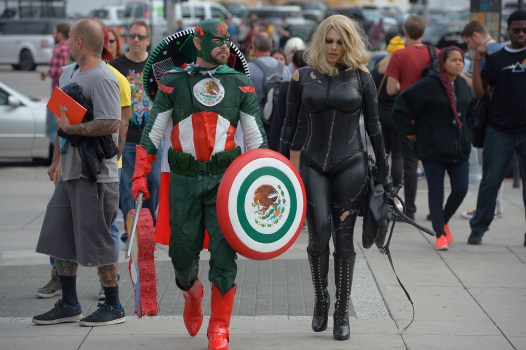 Despite the rollout of promising vaccines, in the end, it will not matter since the organizers of the holy mecca for Geeks, Gamers and of course, Cosplayers has decided to postpone personal attendance in lieu of a virtual tour as with last year's Comic Con due to the Coronavirus pandemic.
"It is the policy of the organization to continue to closely monitor information from local and national healthcare officials as it pertains to the COVID-19 pandemic. Never could we have imagined what the world experienced in 2020 and continues to experience today. While we are buoyed by the rollout of the vaccine and the growing number of individuals being inoculated, it appears that July will still be too early to safely hold an in-person event of the magnitude of Comic-Con. For this reason, we have made the challenging decision to postpone Comic-Con 2021 as an in-person gathering until our 2022 dates."
No word of postponement from the New York Comic Con, but it is likely to be canceled regardless of "Herd immunity " promises.
Trailer Park: Thunderforce

The Thunderforce Trailer and it is not what some of you may think!
Directed by Ben Falcone and starring Melissa McCarthy (Can you Forgive Me, Bridesmaids, The Kitchen) and Octavia Spencer (Ma, Self-Made, Hidden Figures) as two BFFs granted superhuman powers and team up as the new dynamic duo! Netflix has released the official trailer for Ben Falcone’s action-comedy feature “Thunder Force” which will hit the streamer on April 9th.
Starring Melissa McCarthy and Octavia Spencer as estranged best friends who granted superpowers via a scientific discovery courtesy of Octavia Spencer's invention. The once estranged besties, join forces to stop super-villains and other nasties that threaten human freedom..? Okay, this sounds like another cheap, dull, and uninspired premise from the married duo, Falcone and McCarthy.
Thus time, they are capitalizing from the Superhero genre that Marvel established and Blade kickstarted well over 20 years ago! The jokes are flat and dull, like a "been there, done that" feel. Not even an appearance from "Marty" from Ozark can change my summation or rather disdain for thus trailer. Aside from the cringe inducing dialogue i personally take umbrage with the title "Thunder Force" which was originally a beloved shoot em up science fiction series for the Sega Genesis, Sega Saturn and PlayStation 1 and 2, respectively.
This is putting shame on a name! Spencer and McCarthy can do better than this!
MAXed out! Does HBO MAX spell the end of Cinemax?