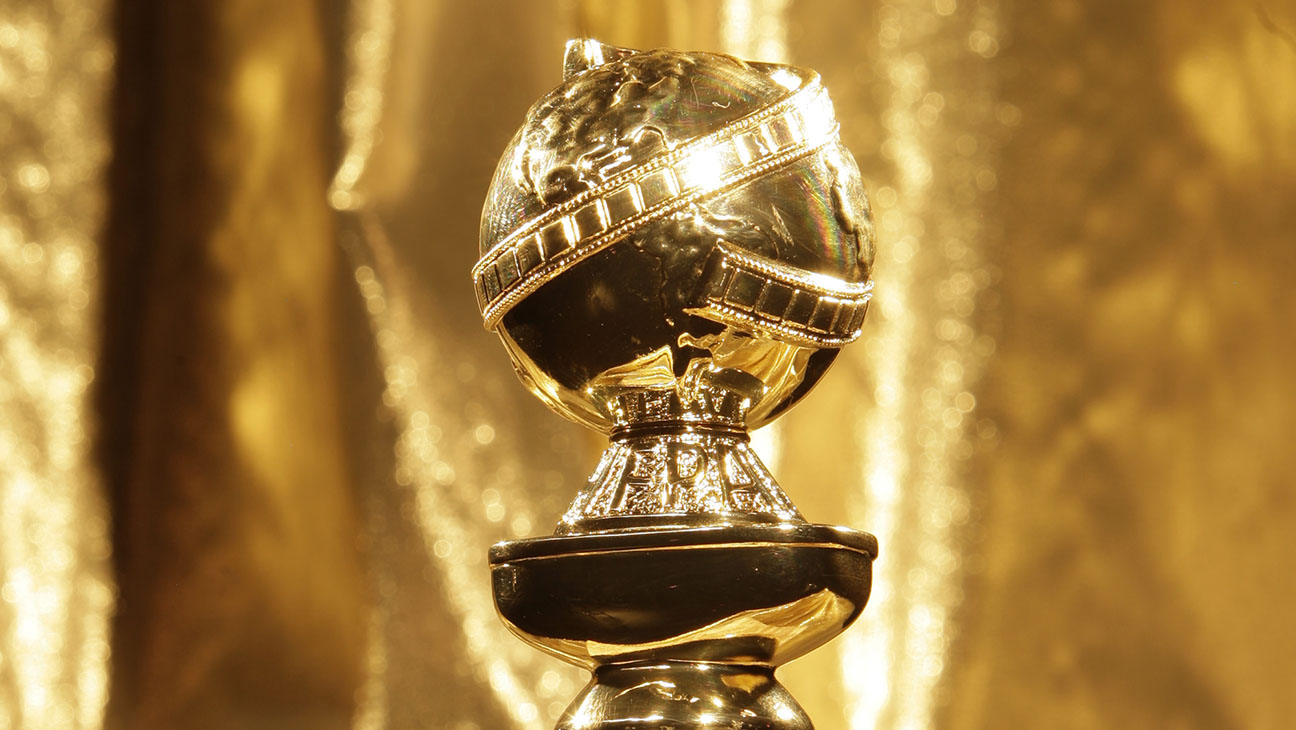 So, I watched last night’s golden globes awards show and here are some of the highlights and of course, my thoughts. I am ditching the “Reactions” meta because it’s a bit too edgy if not pretentious.
The Hollywood foreign press gets called out for their lack of diversity by actress Tina Fey and Amy Poehler but that is only the beginning!
First off, the bat, was a moving speech from the late Chadwick Boseman’s widow that had Renee Zellweger in tears. Boseman was another star that burned out too soon. Class act and still missed.
Surprise win, Andra Day while I am no fan of Lee Daniels or his films, The United States Vs Billie Holiday is the infamous director’s best work and that is due to the beautiful actress Andra day’s performance as the legendary Blues singer and activist, Day channels Billie’s angst, tragedy, and sexuality the latter being very graphic more so than 2003’s Monster’s Ball but was more in tone with the biopic’s narrative while Halle berry was being utilized as this bedwench fetish. Just my observation. Ms Day gives a dynamic range of acting and singing that upstages Diana Ross’ Lady sings the Blues. 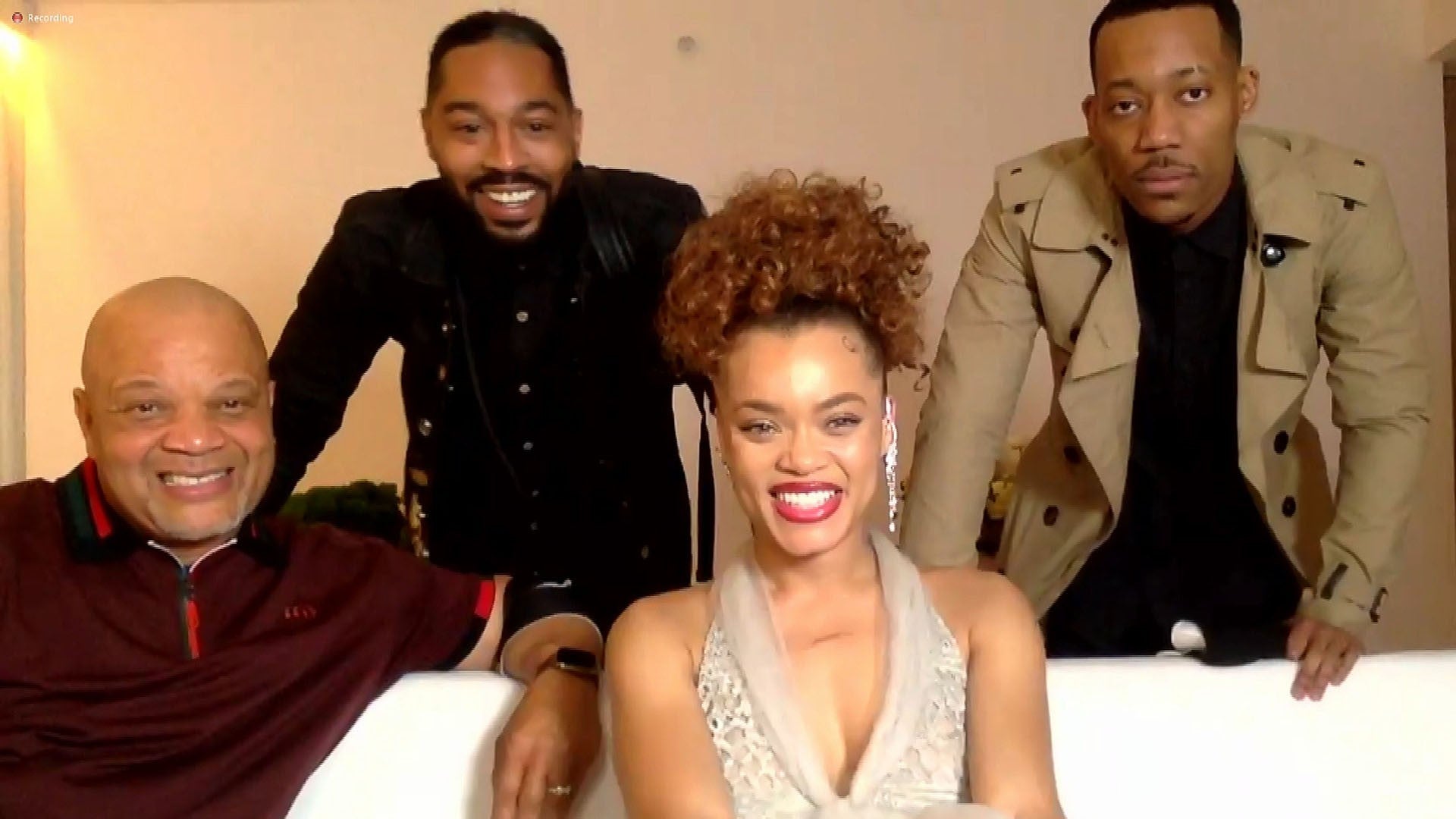 As I mentioned in a previous write up, last seasons The Crown is so far, the best of the series and winners Emma Corrin, Josh O’Connor and especially Gillian Anderson’s exceptional performance as the notorious “Mrs. T”. The show also won for best Drama.
Jamie Lee Curtis, Can’t say whether or not it’s a “Wardrobe malfunction” since the Halloween actress wore a breast baring dress. I am left wondering if they are real if so, those aerobic workout regimens from “Perfect” paid off! 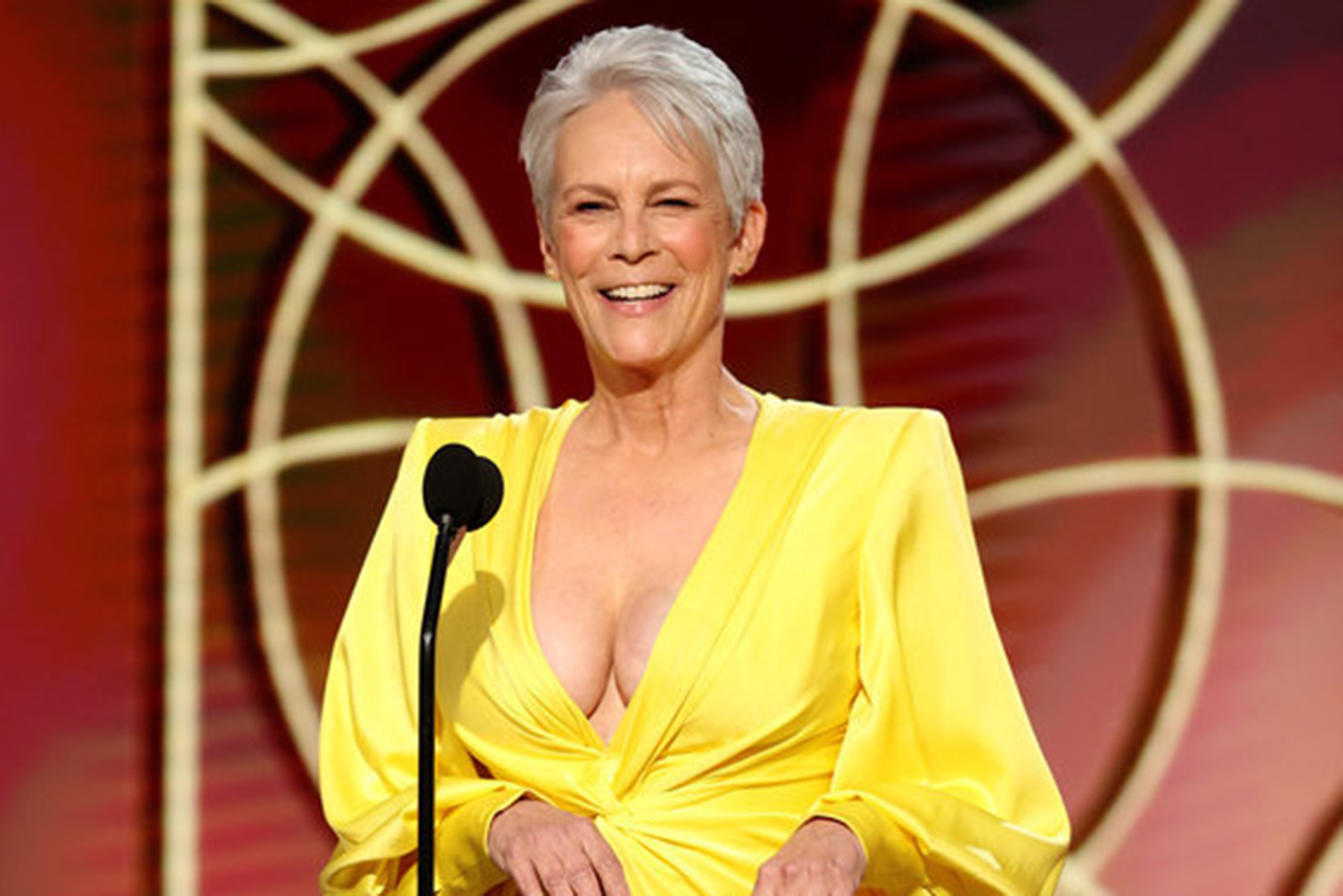 Tracy Morgan needs to sit down and enjoy his Wal-Mart settlement, because he was never funny! Yes, Morgan is back with more buffoonery when presenting the awards for best Animated feature. His joke about his cousin having gonorrhea was crass without any comedic timing, then he purposely mispronounces the winner, Soul as “Sal”. The reaction from the nominees were funnier than his delivery altogether. 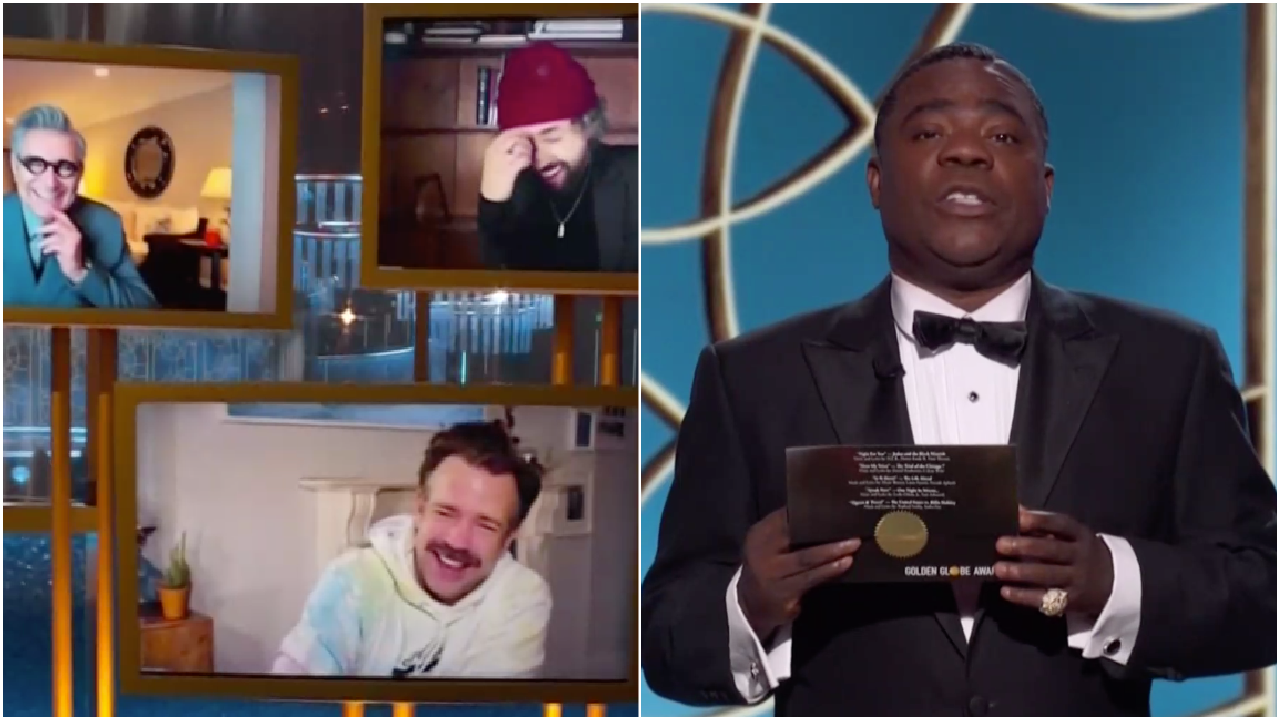 Norman Lear wins the Carol Burnett Award and it is a fitting tribute from the Television producer who was “Woke” 45 years prior to wokeness! That said, I still do not care for Good Times.
Daniel Kaluuya won for the excellent Judas and the Black Messiah. I gotta laugh at the sound flaws but that is what happens when you rely on distance technology. Great movie and one of the best of 2021!
Nomadland as best picture. Okay, it was a good indie thanks to Francis McDormand, but its not as good as her previous 5 Billboards in Ebbing. 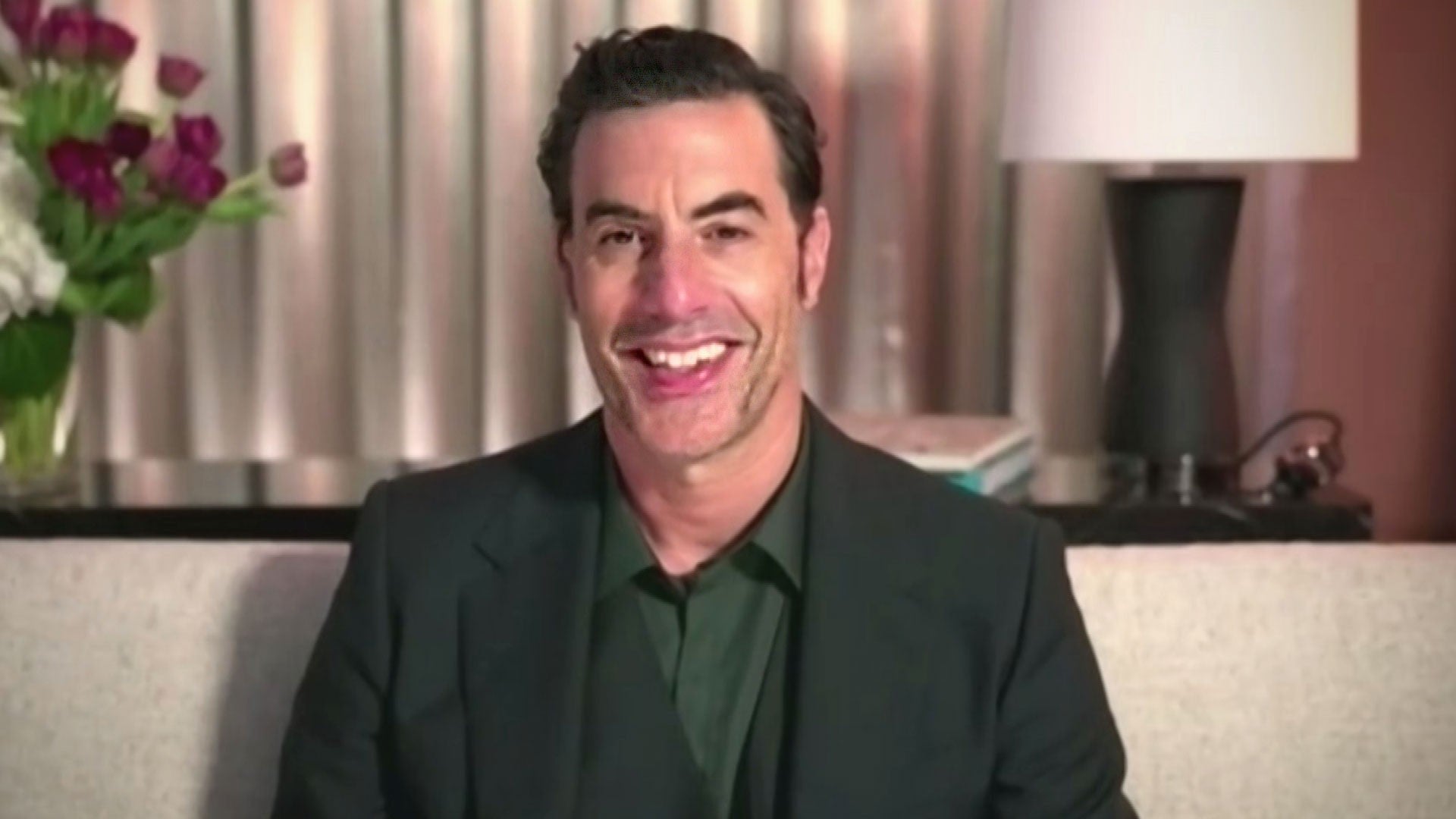 Sacha Baron Cohen won for Borat and thanked Rudolph Giuliani and the “All white foreign press” which is funny how three representatives came out to address this lack of diversity..after they were called out on their bullshit! It’s pathetic whenever I hear, “The first all-Woman Hockey Team” or “the first African-American to win for a screenplay” when this should have happened decades ago. Shows how far America has progressed.But there was that great acceptance speech from Jane Fonda at least.
Chadwick Boseman Diversity Golden Globes Opinion