Last week was slow when it came to "cool news" that is until Friday so, here are my picks for the week of 2/26/21!
Canned Tuna: Amber Heard is fired from Aquaman 2!

After the shitstorm that stemmed from Amber Heard and Johnny Depp's legal battle bringing forth crazy antics to the surface, like a beached Whale, which continued onto the professional front as it emerged that Amber Heard has been fired from the follow up to Warner Media's breakout hit, Aquaman due to the basis of some health clauses she failed to comply with. (Coronavirus protocols, perhaps or Heard having this bad reputation?) Rumors are circulating that Game Of Thrones actor Emilia Clarke has been considered for the character Mera, previously played by Heard. That said the cast of the first film will reprise their roles, Jason and Yahya Abdul-Mateen II as Aquaman and Black Manta respectively. Aquaman 2  is slated to release on December 16, 2022. And as if that's not enough, an animated mini-series is also going to be made for the Atlantean DC superhero set in the DC Entertainment Universe Hmm, the last time there was an animated series based on a comic turned motion picture universe, was a major fail! (Avengers Assemble)
G.I. Jane! A new G.I. Joe female led series is in the works!

Say it isn’t so, Joe! Paramount TV and Skydance TV who previously released the Live Action G.I. Joe films to disappointing reception, is once again giving Hasbro's other iconic Toyline franchise another shot (no pun intended.) thanks to a planned limited series for e-commerce giant Amazon Video centering around the Joes' female lead and it’s not who you think! 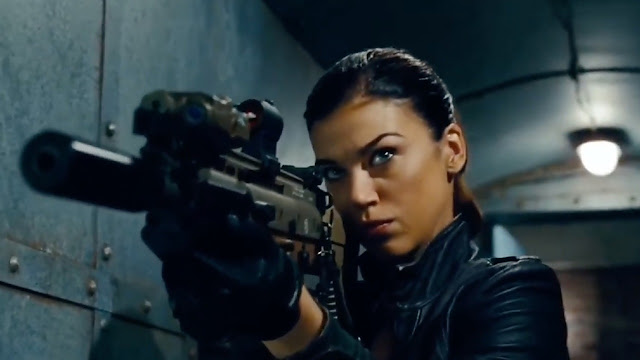 Covert Ops Specialist Lady Jaye, is greenlit for her own series, following G.I. Joe Origins: Snake Eyes. The character was previously seen during 2012's G.I. Joe Retaliation played by Adrianne Pakecki (Of the unreleased Wonder Woman pilot.) Although the series will be a standalone story centered around Jaye, there is that chance we may see more characters within the G.I. Joe universe make an appearance. Hopefully Chuckles and her love interest Flint, who also appeared in Retaliation. Lady Jaye first appeared in the Sunbow 1984 animated series Revenge of Cobra as well as the syndicated G.I. Joe series during 1985-1986. She was the fourth female action figure for the successful military themed toyline and eventually written in the Marvel Comics.
As a fan of the franchise, of course any Joe project is exciting news even if it may not measure up to my perceived expectations *Cough*Snake Eyes *Cough*
Executive producer Erik Oleson will create and showrun the series alongside Lorenzo DiBonaventura.
Superbros: Ta-Nehisi Coates and JJ Abrams are planning another Superman Reboot! 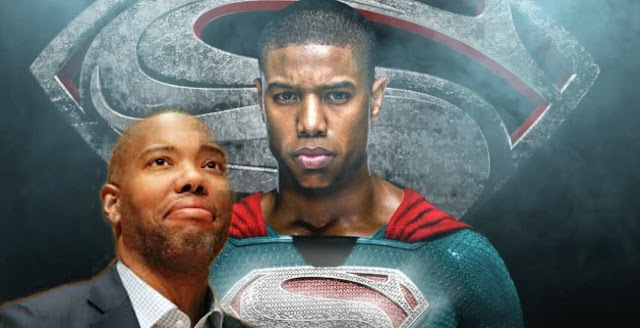 Warner Bros. is rebooting Superman with writer Ta-Nehisi Coates and producer J.J. Abrams onboard.
Abrams has long been rumored to tackle Superman after the filmmaker’s production company Bad Robot inked a deal with Warner Media. Previously, Abrams drafted a story for the proposed film Superman: Flyby during the early 2000s which was scrapped in favor of Bryan Singer’s disappointing Superman Returns which premiered during 2006.
As for Coates, the acclaimed black author and journalist was mostly recognized for his non-fiction work concerning Black-Americans, The Beautiful Struggle, We Were Eight Years in Power: An American Tragedy, and of course, the Black Panther and Captain America Comics.
This is interesting news, skepticism aside I am curious of how Coates and Abrams, will tackle the DCEU’s expanding multiverse.
Despite the interesting news, there is speculation that Man of Steel actor Henry Cavil, may not return for a 4th outing as that Kryptonian Godfather of Superheroes. However, with renewed interest in the DCEU courtesy of HBO MAX releasing the entire library of films, including Zac Snyder's Justice League next month, there is that chance of Cavil holding onto the iconic role. Depending on reception of Justice League of course. There are rumors of Coates’ involvement entertaining the idea of a Black Superman, which may be good for some fans out there who would love to see more diversity within Comic adaptations or bad news to both purists and racists. Either way, it is a hot button issue.
Trailer Park: Zac Snyder's Army of the Dead!

But wait...! Here's more from Snydah-Man!

Dwayne McDuffie Remembered
Recently, I stumbled upon a retrospective video of the late but great comics and animation scribe Dwayne McDuffie courtesy of Warner Media's YouTube Channel.
"A League of One" The Dwayne McDuffie Story, chronicles McDuffie's life and amazing career in both Comics and especially his groundbreaking tenure in animation as discussed by his friends, colleagues and especially Widow Charlotte Fullerton McDuffie. McDuffie is familiar to so many fans be it his stint from Marvel's revamped Deathlok, Damage Control which he created, and a co-founder of Milestone Media, a DC Comic line focusing primarily on Black oriented Superheroes which included standouts like ICON and Static. (The latter had his own animated series titled "Static Shock" which earned Mr. McDuffie a the Humanitas Prize in Children's Animation for the episode "Jimmy." McDuffie went on to write episodes of Justice League and Justice League Unlimited, garnering high praise for its storylines and the first interracial kiss in Superhero animation. 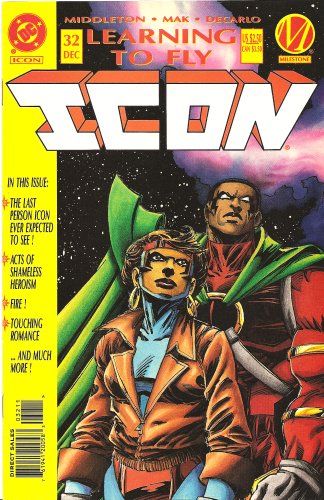 It has been exactly 10 Years around this time since Dwayne McDuffie's untimely passing, and it still hits me in the gut at how a great talent and humble man has left us too soon.
McDuffie's contributions to Comicdom and Pop Culture in general will not be forgotten. Thank you, Dwayne rest in power.
You can donate to the Dwayne McDuffie Fund here.
Black History Month is almost over, but in continuation of the spirit of Black contributions in cinema, while these films have been snubbed by tonight's Golden Globes, I highly recommend checking them out since they were released during February of 2021
The United States vs Billie Holiday (Hulu)
Judas and the Black Messiah (HBO MAX)
MLK/FBI (Rent to own)
And that's a wrap. See you in March!