Falcon and The Winter Soldier Trailer: My "Reactions" 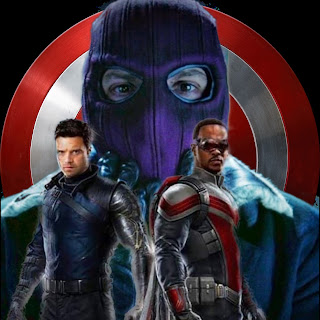 So, the "wait" is finally over after a year of subscribing to Disney plus?
Despite a few production setbacks be it the hurricane in Puerto Rico and of course, the "rona",  the long awaited Falcon and The Snowman, um Winter Soldier is here! Well, the official trailer that is. While I'm nether a corporate shill or sone "influencer" I will give my brutally honest impressions of this trailer that dropped during last night's Super Bowl.
As one who grew up on the Captain America and Falcon comics,  from the Jack Kirby era of the late seventies, to the brilliant Ed Brubaker run of early 2000s, which introduced or rather reintroduced Bucky Barnes as the Winter Soldier, I was hyped for this series, ergo my main reason for subscribing to Disney's streaming platform.
So of course, the series' premise takes place after the events of Endgame where senior Steve Rogers passes the torch as in the shield over to Sam Wilson as both Sam and Bucky team up on a worldwide adventure to stop the Anarchist organization, the Flag Smashers.. does anyone remember this guy? 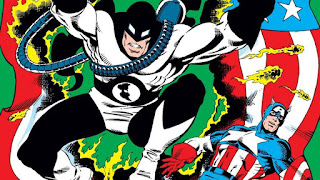 Now, while many assumed that Sam will be the new Captain America, mirroring the comic, its quite the opposite, Wilson turns down the role of being a second hand Captain America but will keep the shield.
Anyway, here are my impressions.
Off the bat, Sam aka Falcon is all gung ho when jumping out of a C 130 Hercules  plane leaving his partner behind before debriefing. Annnd cue the Marvel Studios logo of course.
Obviously,  Falcon was flexing and by that, i'm not referring to his wings. But it gets even better when Zemo gives his opinion of Superheroes as he holds them responsible for the carnage and insurmountable deaths that have occurred in Sokovia.
His family is among the list of casualties which more than defines his vendetta as he puts on the purple hood. Im digging this adaptation of Cap's classic villain that trades the now generic Nazi scientist trope in favor of a man with a serious grudge!
Equally impressive is how Sam stares at a giant mural of Captain America, thinking about his friend and how can he measure up to the mantle that has been passed.Instead, he assumes his own identity as the Falcon. I like the idea of Sam and Bucky using the shield as a team which was previously demonstrated in the fight between Cap and Ironman.
And here comes Sharon Carter as an additional partner? Then we get some serious close quarter combat scenes going on with a basic rap song overlaying the rest of the trailer.
The banter between Sam and Bucky carries over from the Civil War movie and it's in keeping within the tone of the forged but uneasy alliance.
There's a quick "blink and you miss it" moment where Cap's "replacement
John Walker marches into a packed Stadium with the spectators cheering him on.
John Walker as in the mentally unstable Cap, making his grand live action appearance in this series? Yes, this is good! Especially, when you have Wyatt Russell for the role and hopefully, his arc will mirror that of Mark Gruenwald's excellent run! 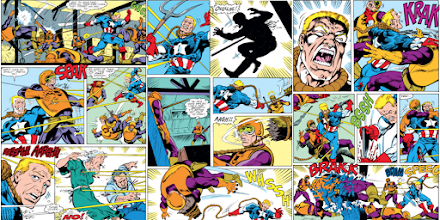 If there's one gripe I have other than the lackluster rap song is that bookend scene with some stirring contest gag is strictly played for laughs but its just not funny. More like a weak Disney implementation.
Overall, I'm looking forward to this when it drops late March. "On your left!" 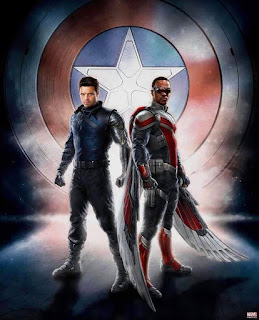