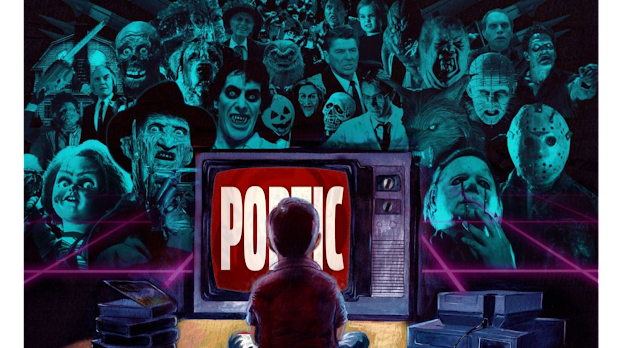 "Horror is like a serpent; always shedding its skin, always changing."
- Dario Argento
Oh, indeed, it is
So over five months ago, I discovered this exciting documentary on Shudder, titled In Search of Darkness (2019) which piqued my curiosity after the success of Horror Noire, Cursed Films and Scream Queen. And let me tell you, I watched the entire four-hour documentary in one sitting.
Well in between pausing for a bathroom or snack break of course.
What makes this doc so different from the others? Well, its solely dedicated to the iconic horror films of the 1980's. As a Gen Xer, I really appreciated that decade as it redefined not only popular culture, but horror films in general! 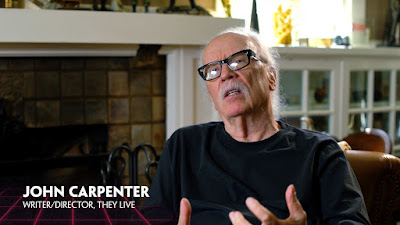 In Search of Darkness is a who's who of actors, directors, bloggers etc. offering their perspectives on the trends, trials and tribulations throughout the 80's timeline,
There are a range of topics all covered in this exciting love letter to 80's horror be it
Socio political undercurrents such as the aids epidemic, America's puritanical approach toward teenage sexuality, objectification of Women, and how the final girl trope began and that's not even half of it!
You got supplemental topics as in soundtracks, behind the scenes info that complements the documentary, one of my favorites, was the debates of practical effects versus CGI or how 3D films are seen as this gimmick. 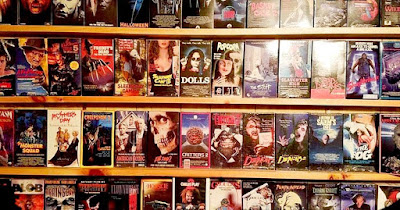 Sadly, some of the commentators, such as Larry Cohen and Stuart Gordon are no longer with us, but their contributions shall live on and on. One of the few memorable quotes came from Actor Ken Sagoes, who plays Kincaid from the superb sequel Dream Warriors.
"Wes Craven made it a staple to have an African American survive a horror film and make it in a sequel"
Only to retract his statement since his character was killed off during the first 10 minutes of NOES Dream Master.
In Search of Darkness provides a deep retrospective of Horror films and of course, it's defining decade. Watch it with a friend or better yet, alone in the dark! 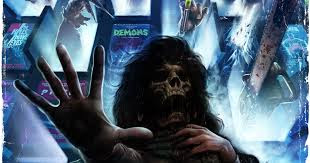 So now, a year later, the creative minds behind in search of darkness or ISoD, for short, has dropped a follow up; In Search of Darkness 2! This follow-up covers overlooked films, hidden gems and more topical subjects from the eighties!
And as with many successful films, is the sequel as good as its predecessor?
Answer, hell yes! 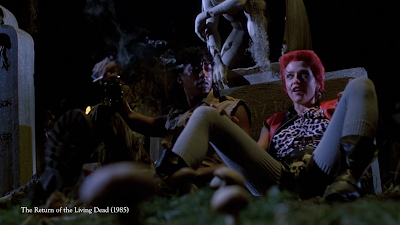 The opening begins with Linea Quigley reciting her line as Return of the Living Dead s Trash; "Do you wonder about the different ways of dying?"
In this sequel of its excellent 2019 predecessor, the roundtable of legendary celebrities, pop culture influencers and commentators discuss their inspirations, influences and experiences from classic films like the brain that wouldn't die", the Omen, the Blob among a few others.

And just when you thought you've seen it all from the first ISOD, well my friend you haven't! Writer David Weiner and producer Robin Block delve much further into topics that were missing from the first documentary, one being the Italian/Giallo era including the legendary Godfather of Gore, Lucio Fulci! 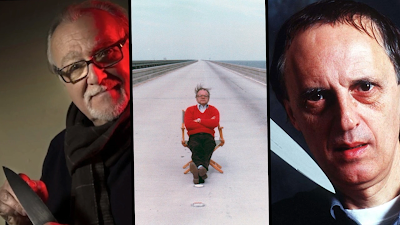 Speaking of whom, I laughed my ass off when the James Rolfe of  Cinemassacre said that Fulci's Black Cat "can take on Michael Myers!" That's fucking high praise, right there! 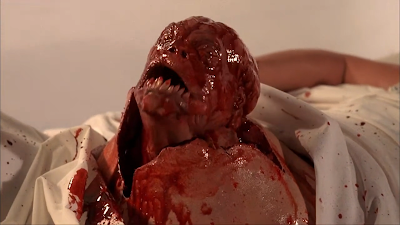 The social commentaries are among the standouts where our very special guests give insights and a few honest critiques, for example how Humanoids of the Deep exploitative and how rape and torture was used as a plot device within a pre political correctness era. 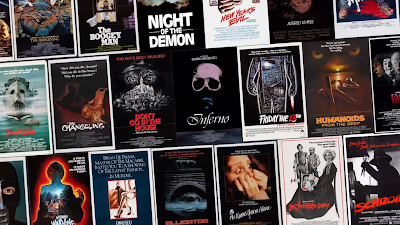 The  films discussed, are selected in some random wall roulette mechanic that will leave you guessing which movie will make the cut. It’s like a “Box of Chocolates, you never know what you’re gonna get.” At the beginning I found myself wondering why certain films were handpicked over others, however once the commentators tackle the movie and its cultural relevance, it all makes sense at the end of the day.
Aside from tributes to Jamie Lee Curtis and others, there's a copious number of trivia:
My biggest regret is how I overlooked a few movies that were covered in this documentary with spoilers and that’s my fault so now, would be the perfect time to invest in these films!
Amid the commentaries, there's an interview with Actress Nancy Allen who gives details behind her characters, the Craft of horror acting is like a virtual workshop with an insight of an actor's approach when making a film, Children in horror, Passion projects of great scripts from upcoming filmmakers that were abandoned or discarded due to Studio interference and so much more. 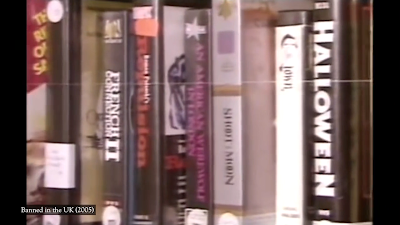 No subject is left unturned when the roundtable takes on female emboldened sexuality, representation and even the era of the Video Nasty where horror films are seen too exploitative in the eyes of the British parliament. 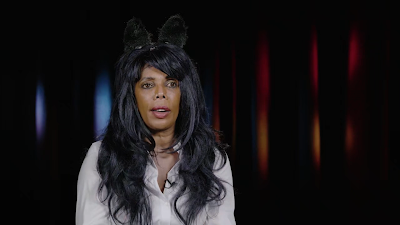 I was not disappointed in investing into the Blu-ray which came with some cool collectibles, a set of movie sized posters and a nice pin. In search of Darkness Brought back so many fun memories as a kid growing up in the eighties when things were much simpler and less chaotic. 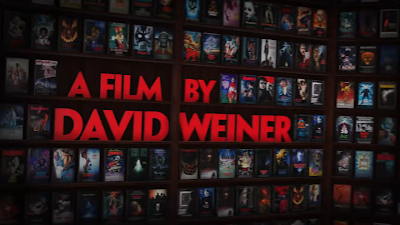 Once again Crowdfunding Production studio Creator VC, filmmaker and fellow GenXer, David A.Weiner had come through with yet another successful documentary. Weiner has quite an impressive resume within the entertainment industry, from Famous Monsters Magazine, LA Weekly, Entertainment Tonight and Hollywood Reporter! You can find him at his blog "It Came From" or follow him on Twitter.
What's next for Mr. Weiner and Creator VC, is In Search of Tomorrow that covers beloved Science Fiction films of the Eighties. I would love to see the documentary series expand much further i.e. In Search of Saturday Morning, based on our favorite cartoons of the 80's or even the 70's! 😉
You can purchase In Search of Darkness 1 & 2 via the Creator VC Store.
Cheers!
Controversy Documentaries Horror Horror Noire In Search of Darkness OG Horror Review Social Commentary