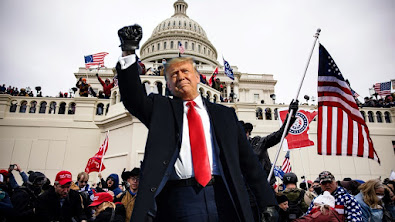 So, for all you out there, who didn't see this shit coming? After the capitol officially nominated President Elect Joe Biden, a bunch of psychotic thugs from Quanon, The Loud Boys, and other nutjob White Supremacists factions stormed the nation's Capital building like a scene out of a dystopian movie or one of those Gerard Butler action films, you know the ones where he’s playing “Jack Bauer” while protecting President Morgan Freeman? Or how about that episode from G.I.Joe “Arise, Serpentor, Arise” where Cobra under the command of the maniacal Serpentor led an assault on the US Capitol? Anyhow, these trailer apes not only flooded the building but occupied the offices of Speaker of the House, Nancy Pelosi and killed a Police Officer! 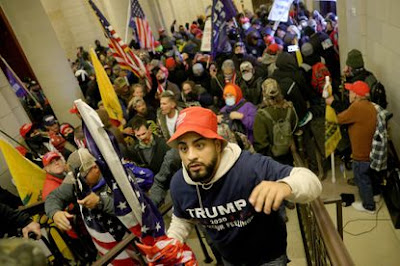 All this were spurred on by the Terrorist in Chief, Donald Trump and his stupid sore loser lackeys and social media platforms like Twitter, Facebook and Parler. Blood is on Trump’s hands and most importantly, it's on the hands of those who voted him in be it fifty percent of White Women, a few Hispanics who want to identify with the white monolithic system, or the get in to fit in Blacks, who should know better because Trump if not the whole damned Republican Party, are no fans of people of color. 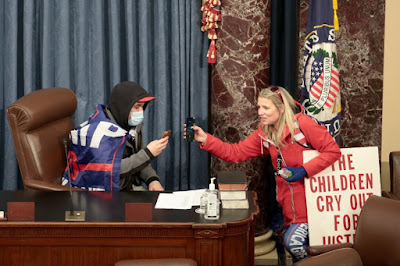 No one heeded the warnings and stupid individuals from the Supernaughts, Shadow Dojo and other sites, gloated about the rise of the rhetorical retard. Four years and this piece of shit has caused so many deaths and despair so now it's come to one big going away party where the White Supremacists are sporting Auschwitz wardrobe and waving Confederate Flags. And where was the Capitol Police or National Guard? Nowhere to be found that is, unless there was a Black Lives Matter protest. 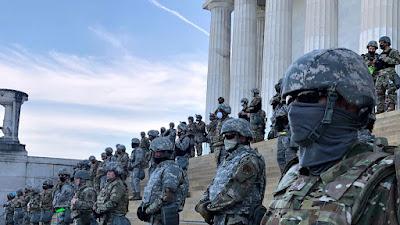 This is what happens when White Privilege goes unchecked as those Chickens have come home to roost! 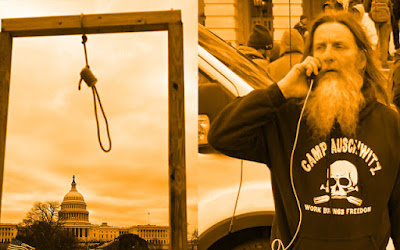 In a way, this is good because it further demonstrates how America is full of double standards when it comes to the racial disparities between Blacks and Whites and if you ask me and many others, the Capitol Police allowed these terrorist thugs to storm the capital. The election of Trump is the mirror of America’s ugly face for all various nations to behold and laugh at. I called it and now, I'm the one that’s gloating!
When those terrorists threatened to kidnap and kill Governor Gretchen Whitmer of Michigan, there was no heighten security when Biden was being declared President however, most of the five that were killed were the violent insurgents including this 14-year Air Force Veteran Ashi Babbit who took a round to the chest when breaking in the building and get this, someone by the name of Roseanne Boyland got trampled while waving the flag “Don’t Tread on Me” LMMFAO I couldn’t make this shit up had I tried! Her being trampled to death is reminiscent of that scene from National Lampoon’s Animal House and for those who play stupid games, deserve to win stupid prizes! She took one for the team!! 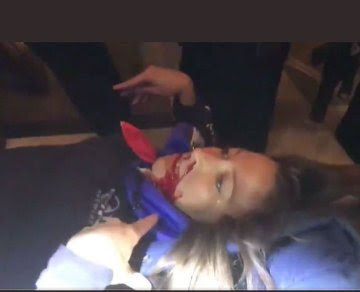 Despite a few arrests the accelerant Orange Orangutan need to be held accountable to the extent of prosecution for his part in this insurgency but the pussy ass Democrats will let him serve his remaining time as POTUS who could be capable of causing even more chaos, well at least his Twatter account has been permanently deleted and many of his loyalists has turned on him after these crazy events. And I say, “Too little, too motherfucking late.” You assholes had one job, just the one! 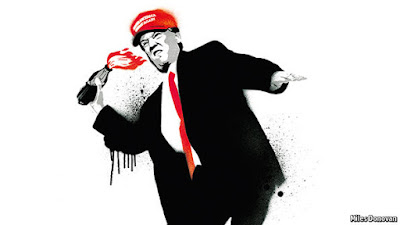