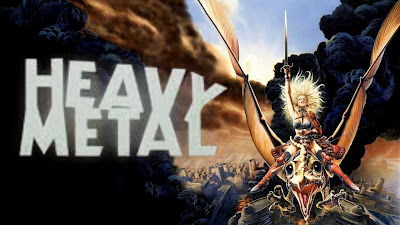 It's been over a month since the passing of legendary writer and artist Richard Corben who was a major force to be reckoned with in regards to Science Fiction and Horror art. Aside from Creepy and Eerie magazines, one of Corben's greatest accomplishments was Heavy Metal, a groundbreaking if not underground magazine of dark fantasy, science fiction pulp and eroticism. The magazine gained enough notoriety to have its premise told in a breathtaking animated adaptation released during the late Summer of 1981. 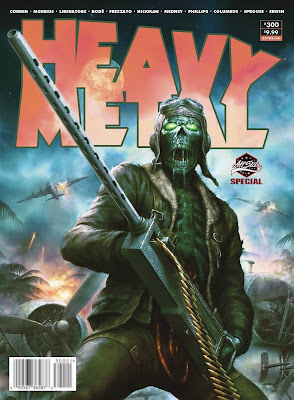 Produced by Ivan Reitman, and based on original stories by Corben, Bernie Wrightson and Dan o' Bannon, this titular Sci Fi fantasy anthology,  a mysterious green orb, known as the Loc-Nar, has been discovered on an off world mining planet. It soon falls within Astronaut Grimaldi's  possession during the intro theme by Riggs, "Radar Rider" as he arrives toward earth with this "present" for his young daughter and it's a quite surprise, alright! 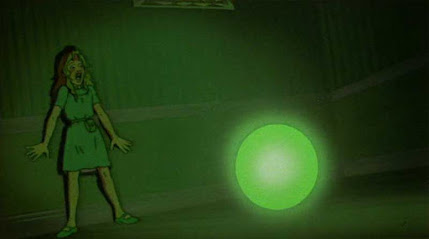 As soon as the contained orb is released, it disintegrates the Grimaldi and reveals itself and its true intentions while the  girl is frightened and helpless.
The chilling stories are told from the Loc-Nar's perspective ala Rod Sterling and how it has impacted everyone during the separate stories. This menacing orb has either exploited Man's weakest traits like avarice, thirst for power or just transformed them into Zombies and mass murderers. The machinations of the Loc-Nar is pure evil, causing death, pain and suffering to those in its path. Kinda like a Cosmic Cube...or "Karen!"
Although each of the eight to nine segments have one major thing in common, i.e. the evil green orb, the stories themselves are varied when it comes to conceptual worldbuilding, songs and animation that in a sense is a self contained Cinematic Universe! 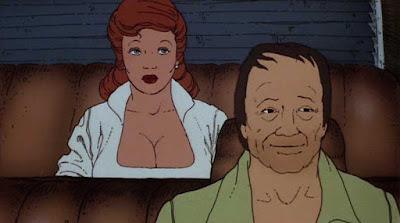 "Harry Canyon" is a neo noir tale of a cynical Cab driver who feels empathy for a mysterious passenger caught in a web of intrigue.
"Den" 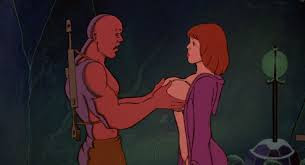 The late John Candy is the standout voiceover as Den, a former nerd who discovers the Loc-Nar and through a lightning storm is transformed into a super human and sent to another world, just in time to stop a ritual sacrifice. Does Den ride off into the sunset with a beautiful girl at the end? Oops, I just gave the ending away for those who are yet initiated. 😅😉
"Captain Sternn" 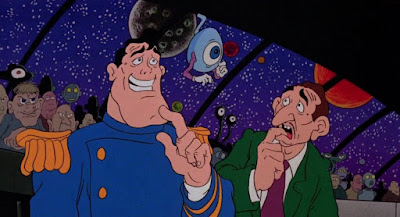 Pure Bernie Wrightston episode and it shows by the artist's handiwork!
Captain Lincoln Sternn is on trial for heinous crimes, including "17 counts of rape!" All seems hopeless for the intergalactic criminal, but yet he's confident that he'll beat the charges, thanks to his star witness,  but Sternn's luck turn for the worst when things go awry,
"B-17" 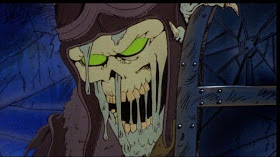 A WW II Bomber is severely damaged after a sorte leaving most of the crew deceased, that is until a green sphere manages to hitch a ride as the plane limps homeward.
And saving, what I consider the best for last, "Taarna" , who is the last of the extinct Taarakians, summoned by elders to destroy a once peaceful civilization,  turned mutated armies of chaos after a meteorite sized  Loc-Nar is discovered within a volcano. This segment is a suitable bookend to the animated saga, despite its 15 minutes, "Taarna" is enough to fulfill its story.

The ending is bittersweet yet cathartic but overall, Heavy Metal is a masterpiece of a hidden gem. It is a culmination of  amazing storytelling elements; horror, suspense, fantasy, humor, tragedy and of course, the naughty bits. Heavy Metal in certain ways, remind me of Jim Starlin's brilliant Warlock opus in Strange Tales which predates both the Magazine and its cinema counterpart with it's trippy aesthetics, bizarre scenarios and "strange new worlds." The comparisons between Warlock and Heavy Metal may seem theoretically dismissive to many, yet familiar to others with its implementation of bizarre worlds, far out aesthetics and grandiose cosmic scenarios that helped to further codify the term "Space Opera!" 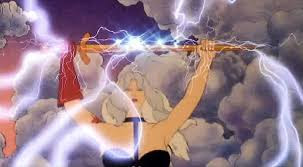 As with the four color counterpart, these segments contain blatant sexual imagery, graphic violence and even social commentary like Harry Canyon's Xenophobia, blatant misogyny or offensive stereotypes regarding the highly effeminate Ard, who comes off as some satire from a Mel Brooks film. I'm not sure a movie like Heavy Metal could be made today, without some getting triggered. 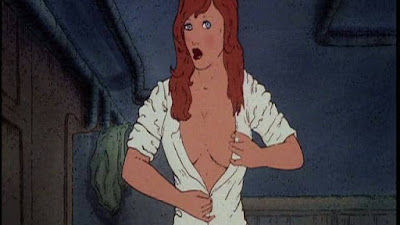 Yes, there was material that can be considered sexist for the virtue signalers or those of the "puritanical posse", but to be fair, Taarna's character, was a symbol of female empowerment in fiction. When a few Mutants attempt to sexually assault her, she slices their heads off without any effort. The worldbuilding in "Taarna" is western themed with the titular character as the "Woman with no name"  archetype. Even Neo Feminists may find this segment redeemable amongst the others, but who knows? It's my favorite and perhaps the most influential segment since it was loosely based on a Moebius comic and how it may have inspired SEGA's Panzer Dragoon. There's even a scene where she raises her sword that emits a lightning effect, and lo and behold how Filmation's Masters of the Universe intro, does the same when you see a transformed He-Man lift his magic sword!

The art and character designs in each segment bares their own distinct signature whether its the
mix of hand drawn animation or rotoscoping technology . In my opinion, it still holds up well against the current swaths of CGI movies. I am more appreciative of this film after forty years! I would be remiss had I not mention the film's unforgettable soundtrack consisting of various rock bands and artists like Devo, Sammy Haggar, Blue Oyster Cult, Cheap Trick, Black Sabbath, Donald Fagan of Steely Dan and Riggs, just to name a few. Of course, there's that impeccable score from Elmer Bernstein and the Philharmonic Symphony Orchestra. 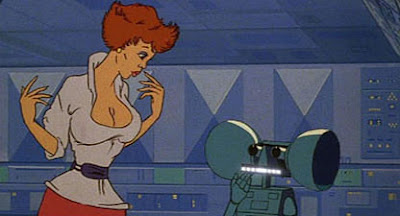 Loc-Nar's theme is both ominous yet  terrifying, while Taarna's is comparable to Sword and Sorcery heroism with a modicum of hope in a hopeless world.
The voice acting courtesy of John Candy, Vernon Wells, Richard Romanus, Harold Ramis and many others, breathed life into the animated world if Heavy Metal which further demonstrates how much a difference can make during a project, especially when you have some of the most innovative and talented,  actors, writers, producers, artists and recording artists of a bygone era.
While looking through the end credits, you'll discover a "who's who" of talented collaborators such as Neal Adams, Mike Ploog and Howard Chaykin among several others.

As it stands, Heavy Metal continues to fall within its cult status and that's a good thing!
Without Heavy Metal, there might not have been a Transformers the Movie more adult oriented Anime or even Miami Vice as we come to know and love, due to its assorted songs within scenarios. It's a "trip" worth taking! 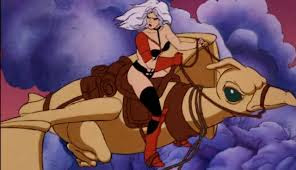 Corben's transition to the afterlife, reunites him with the other creative minds and talents of Heavy Metal whose legacy shall live on! Rest in peace and power, Rich. 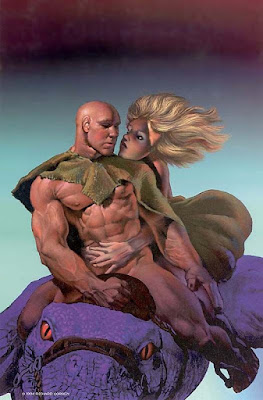