Embolden Years: How David Bowie paid it forward by calling out MTV! 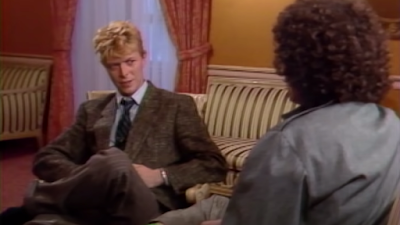 “Hey la-la...look above..”
Today, January 10th, marks the unfortunate passing of a legendary songwriter, recording artist, actor and another pioneer within the music industry-David Bowie.
While most regard Mr. Bowie's works as influential and highly innovative due to avant-garde aesthetics/ concepts, androgynous motifs and out of this world songs when the era of the early 70s were a bit puritanical, there are quite a few who weren't aware of how he forever changed the landscape of the Music scene.
During the successful launch and reception of Music Television mostly referred to as MTV, during the early 80’s, during an interview with MTV anchor Mark Goodman in 1983, Bowie criticized the channel for not providing enough coverage of black musicians, Mark couldn't really come up with a satisfactory response to Bowie's query as he looked very uncomfortable and was brazen enough to call a channel, that for the most part, gave patronage to the Mid-Western White demographic.
At the same time, it isn't so shocking why David would bring up the infamous question, you see, prior to this one of Bowie's most significant albums, Diamond Dogs and soon after Young Americans, were both inspired and influenced by Black music, Bowie would go on to categorize his songs from the albums as "Plastic Soul", a modest reference to his works while not being authenticated as Soul, is established enough to have him perform on Soul Train with his hit songs "Fame" and "Golden Years". Bowie was one of the very few white performers to appear on the all-Black music-dance television platform and crossover to Black radio.
While I consider Bowie as the progenitor of Punk, Alt-Rock,and other genres, it's of no surprise that he was influenced by Black recording artists like The Platters, Fats Domino, Little Richard after listening to the OG flamboyant yet architect of Rock n Roll's song "Tutti Frutti", Bowie would later say that he had "heard God"!
MTV originally targeted a White audience while subscribing to the belief that R&B and Rap wasn't marketable, which in itself is a very arrogant sentiment as Black music consists of various sub genres, including metal and country!
MTV went on to promote and feature many Black recording artists and videos, which transitioned to the channel gaining momentum and further expanding careers if Black artists from Soul, R&B, Rap and even Hard Rock! (Living Colour, Fishbone and Bad Brains to name a few.)
Bowie went on to create music videos "Let's Dance" another crossover breakthrough described by him, as a "very simple, very direct" statement against racism.
Despite his past flaws i.e. gaffs about Adolph Hitler becoming the "first Rock Star", embracing fascism and other disturbing accusations that may be unredeemable
If one has the fortitude to separate the art from the artist who is seen as an icon to so many, that's within their right. As repulsed as I am about his past liaisons, he was the catalyst for the resurgence and prominence of black music within the mainstream.
Bowie was no "White Savior" nor was he trying to be one. He could have easily benefitted from his White status and forgone Black contributions in music.But unlike The Beatles and especially Elvis Presley who garnered fame, adulation and profit via cultural Appropriation, Bowie acknowledged and championed the transparency of diversity.
Yes, I'm torn, but he has championed for the greater good  and it would be a disservice to ignore what he has established.Rest In Power, "Starman:. 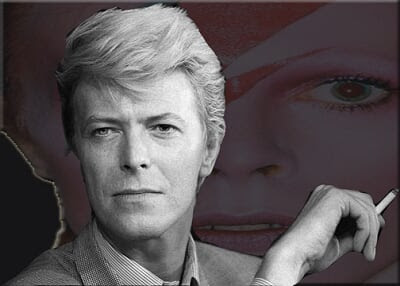 Bowie died in 2016 after succumbing to a long battle with Liver cancer, and sadly, many celebrities followed him within that same year.
Controversy David Bowie In Memoriam