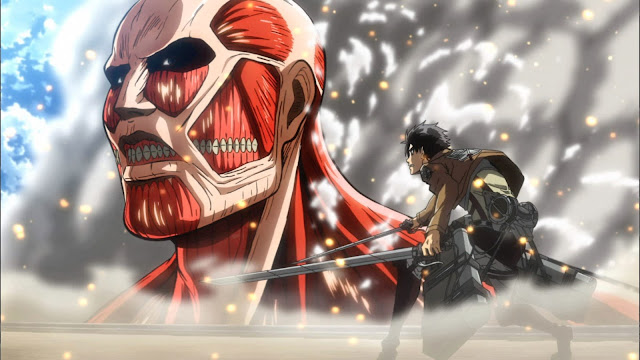 Konichiwa, bitches!
Anime is among my favorite mediums in pop culture, and what's so great about this eastern method of animation is the exciting high concepts, voice acting who pour their soul into delivering great performances, amazing cinematography and storytelling most left unrestricted and unfiltered!
So as a Horror enthusiast and commentator, I thought I'd throw in some of my favorite Horror Animes!
Tokyo Ghoul 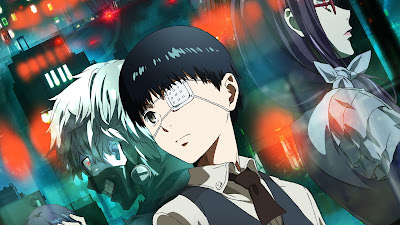 What happens when you fall for a young lady who shares a mutual attraction, but just when you feel as if you're about to "hook up" in the biblical sense, she turns into a monster-tries to consume you only for you to be spared....or not, due to  organ transplant gone very bad?
Tokyo Ghoul's premise is mostly focused around who has acquired a Ghoul's powers as well as  a desire to consume human flesh. It's obvious that one may compare "Ghoul" to the OVA classic, Wicked City thanks to the "Tales of two cities" trope, but that may be the only comparison since it has a strong psychological narrative.
This is one of the more breakout Anime series to date and a great change of pace from hyperbolic shows like Naruto, One Piece, Bleach,etc.Not for the squeamish due to its violent content and situations!
Gantz

Gantz is another one of those interesting high concept series that came out of nowhere thanks to it's bizarre premise and political commentary about certain segments within society becoming desensitized to violence along with the mysterious,  albeit sadistic titular entity using the recently deceased as contestants on the battlefield. Despite a few slow burns and fillers, Gantz delivers overall and has maintained a sizable cult following that 2 live action adaptations were released in Japan and as of this writing, a new CGI animated Movie has been released in Japan! I can't wait to get my hands on this.
Hellsing Ultimate 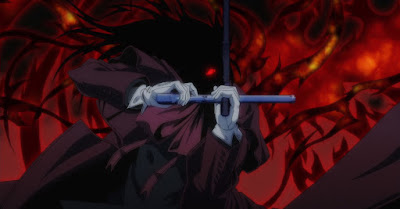 This would have been a far better live action adaptation than say, shit like Sony's "Underworld".
But hey, that's me stating the obvious amirite?
Hellsing a Paramilitary Organization is pitted against an army of darkness that had laid siege to London, England. And you wanna know what's worse than a collective group of Vampires? Nazis!!
Can the lead protagonist, Alucard (Dracula spelled backwards of course.) a deputized Agent and Hellsing's enforcer thwart Millennium's wicked scheme or will the fate of London and the entire world end up in total damnation?
Hellsing Ultimate is a 10 part OVA series that ran a course of 6 years due to poor scheduling and it was nerve racking to wait every 6 or so months between episodes to say the least!!
However, it paid off courtesy of the striking animation, voice acting and action sequences.
What's missing is an intro. But then again, do we have to endure another J-Pop song as in the first TV series? The episodes will get you hooked from the beginning. Plenty of action, reveals and haute tension, Hellsing Ultimate goes the distance! Oh, and did I neglect to mention that there were nary any filler episodes?
Attack on Titan 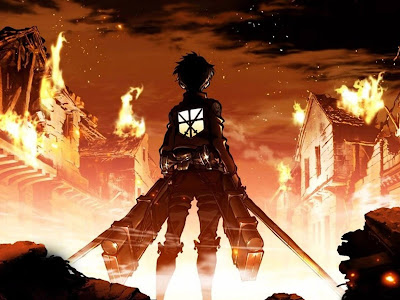 Do you like giant Monsters? Or even better, giant monsters that eat people? Well if you answered "yes" twice, then Attack on Titan is a must watch!
This here aint no cute Full Metal Alchemist Anime, aw hell naw, Attack on Titan is brutal, unapologetic and unrelenting! 100 ft tall humanoids known as Titans storm through the walls and barricades of a fictional guarded village in order to consume the populace. That's until the scout regiment intervenes by using gas powered gear able to propel and destroy the humongous Zombies
AOT has become an instant smash thanks in part to the series' production values, animation, character development and a damn good intro!
One of the best animes I have seen in years and a must for fans of both horror and action!
Genocyber 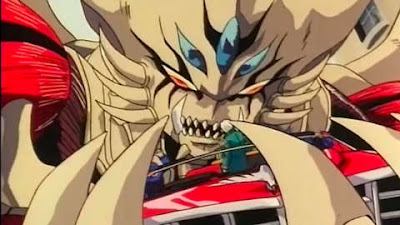 From the insane mind of Kochi Ohata (MD Geist, Blue Gender) Genocyber is a controversial sci-fi anime about a biological humanoid weapon of the same name created by the government for the sole purpose of destruction. This infamous anime is known for its portrayal of violence, torture and disemboweled bodies. Not for the squeamish!
Violence Jack: Helltown 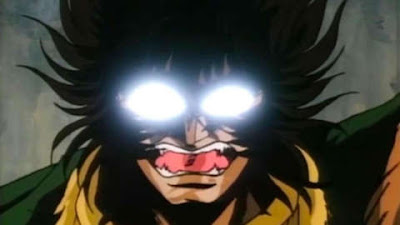 This is perhaps the most controversial OVAs I have ever seen next to another Anime that has made the cut. Helltown is what I would call, Mad Max on crack! The dystopian atmosphere is more like a scary ass nightmare setting: Japan is ravaged by a major earthquake and the only remaining divisions within the city buried underground are either vicious gangs or corrupt officials who enforce by definition, "law" to the helpless survivors. And who stands in between the conflicting alliances in order to protect the Women? An Anti-Hero called Jack-Violence Jack!
While the gratuitous violence, may turn away many Anime enthusiasts,  these shocking scenarios were needed to demonstrate a horrific post apocalyptic world where the most terrifying monster, is  Man! Violence Jack, is unapologetic and unrestrained horror. But what else would one expect from the creator of Devilman?
Devilman Crybaby 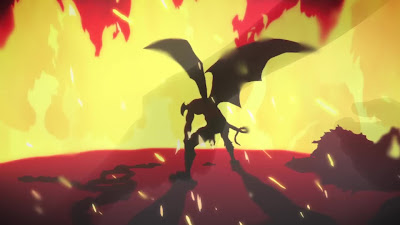 Speaking of whom...
As with many popular Animes that have received the reboot treatment in the past and present (Guyver, Space Battleship Yamato, Cyborg 009 and Berserk) now its Devilman's turn!
Based on the iconic Manga and Anime series and created by the father of Mecha-Go Nagai, Devilman Crybaby is an all out assault on the senses. It's brutal, extremely violent, gratuitous and many of the uninitiated (Those who aren't familiar with Nagai's previous work i.e. Violence Jack.) are in for a shock!
As with many reboots, the overall narrative is a retelling of the classic Manga issues and to a lesser extent, the OVAs. Akira Fudo is  a young, naive and  kind hearted adolescent who has the penchant to feel compassion and sympathy suffering individuals be they human or animals until his childhood friend, Ryo brings out the devil in him, literally!
You see, legend tells that prior to extinction, the  demons were the very first to inhabit the earth and now they want to reclaim it and the first order of business, is to wipe out the entire Human race.
But "lucky" for mankind,  Ryo, through cunning and manipulation, jad succeeded in merging the strongest demon known as Amon with the noble Fudo, thus becoming the titular character himself whose purpose is to dispose of the menacing demons and more important, to protect Mika, the woman Akira loves.
Despite Crybaby having familiar tropes such as "Boy meets girl" this 10 episode epic dwells into extremely dark territory with its gratuitous depictions of violence, sex and profanity. There's even a disturbing rape scene that ends very bloody. The series at times, tackles social commentary as in the horrors of war, civil rights turmoil, Man's inhumanity to man, survivor's remorse and the virtues or lackthereof regarding social media.
To balance out the rampant nihilism, there's some humorous scenes thrown into the mix. That being said, Fudo's wet dream sequence was a bit sophomoric, similar to offbeat comedies like American Pie or Hancock (The unrated version!)
There was nary a filler episode as the story progresses, things become more fascinating to its inevitable apocalyptic conclusion where all hell literally breaks loose.The final episodes were chaotic with everything happening all at once be it full scale war against man or the fate of the protagonists.
And in some ways, the chaos from the finale was somewhat reminiscent to the 3rd act of Mother! 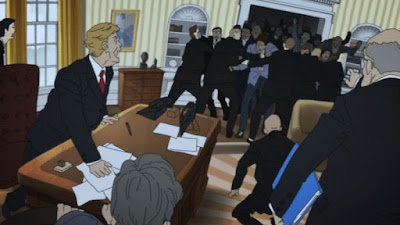 The voice acting is standard anime fare however, its a step above your usual made for television stuff.
If there's one caveat I have to mention, it goes to the  art style that's psychedelic and at times,  very cheap looking. Most notably,  Devilman's transformation or the re use of stock footage (Mika running) becomes way too obvious that the studio is working on some limited budget.
And to think how people bitched and moaned about the new Berserk series' animation.
Personally I prefer the original OVA trilogy over Crybaby for its tone, suspense and straight forward stories. However, when it comes to a more faithful adaptation that's bot cathartic and poignant with a bittersweet finale, the Netflix series has the edge.
If you like the End of Evangelion, you should give this series a shot.
It's a helluva ride!
A must watch for both horror and Anime enthusiasts! That said, I would highly recommend the 1988 OVA Birth and the Spell of the Siren.
Other recommendations:
Vampire Hunter D: Bloodlust
Supernatural the animated series
Elfen Lied
Castlevania
HighSchool of the Dead
Dead Space: Downfall
Parasyte 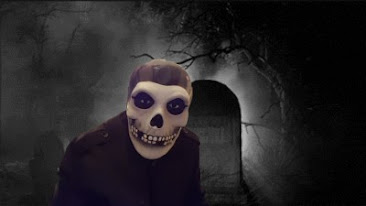