Its been another exhausting week in pop culture. With the onset of the Coronavirus pandemic and uncertainty within the movie industry, here are my picks of previous headlines for the week of September 4, 2020!
"Holy Batsoup, Batman"! The Batman has been delayed due to Covid 19! 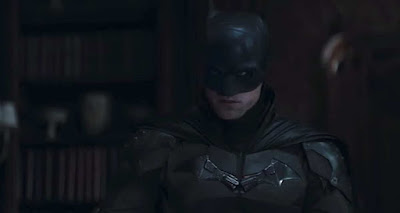 After earning praise from the latest trailer of Matt Reeves highly anticipated The Batman, it seems that a major setback has occurred thanks to the Coronavirus.  Actor Robert Pattinson who is cast as the titular character has recently been tested positive for the potentially deadly virus and as a result, production for the Batman has been halted until the actor gets full clearance to return. So is Ben Affleck too busy nowadays 🤔? Ok all kidding aside, here's hoping for a speedy recovery, Robert! I'll judge the final product once it's available as in next year!
And while we're on the subject..(Delays, that is )
No, Joe! Snake Eyes, is also delayed! 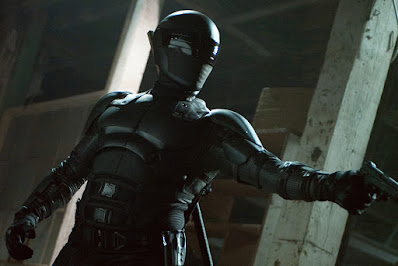 According to various sources, the upcoming revitalization of the beloved G.I.Joe franchise starting with the Joes' iconic American Ninja, Snake Eyes,  has been delayed due to concerns of  Covid 19.
Despite production wrap since February 2020, Hasbro and Paramount are not confident to release a potential blockbuster film to less than anticipated Box office earnings.
Meanwhile, Disney's Mulan and Christopher Nolan's Tenet are testing the waters whether its streaming or limited theater showings.
Snake Eyes: G.I.Joe Origins stars Henry Golding, Iko Uwais and Anthony Koji of Cinemax's excellent Warrior series!
The Empire Strikes Black! John Boyega calls out Disney for the misrepresentation of Ethnic characters in Star Wars! 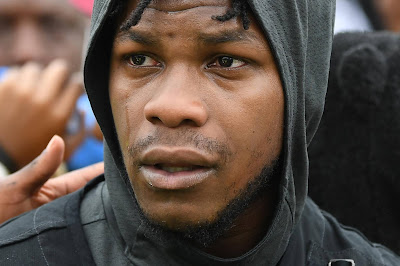 During an interview with GQ Magazine, British Black actor John Boyega, expressed his displeasure with Disney’s mishandling of his character Finn, as well as other characters of color, while filming the last hyperbolic Star Wars trilogy. He went in further accusing Disney of sidelining him for actors like Daisy Ridley, Adam Driver, et.al.

“You get yourself involved in projects and you’re not necessarily going to like everything. [But] what I would say to Disney is do not bring out a Black character, market them to be much more important in the franchise than they are and then have them pushed to the side. It’s not good. I’ll say it straight up,” he said.
“…Like, you guys know what to do with Daisy Ridley, you knew what to do with Adam Driver. You knew what to do with these other people, but when it came to Kelly Marie Tran, when it came to John Boyega, you know f**k all,”

In hindsight Boyega was right, Finn was portrayed as this black buffoon yelling “Reeey”!!!
But wait..!
Of course, Boyega received an amount of backlash for outing Disney, one in particular, is Actor Michael Rappaport who is immersed in Black culture and even called a “Culture Vulture”. Michael’s comment was somewhat similar to the infamous “Shut up and Dribble” remark from the annoying provocative Conservative commentator, Laura Ingram. It seems like Rappaport is leaning more towards his fiction character Remy, he played in John Singleton’s Higher Learning. Rappaport’s silly chiding forced Boyega to clap back.

@JohnBoyega Yo my man you have done so much in such a short period of time. Congrats.. but you ain’t the first actor to have an un nuanced character in a Star Wars movie #beniciodeltoro Welcome to show business. Shit doesn’t always go ur way

I knew there was a reason why I loathed the Abrams/Rian Star Wars films! They were badly written, and the course of direction was more like apeing from the original trilogy. No nuance, style, or substance whatsoever! It seems as if the Force was weak with this one!
Pro-democracy activists are urging people to boycott 'Mulan'! 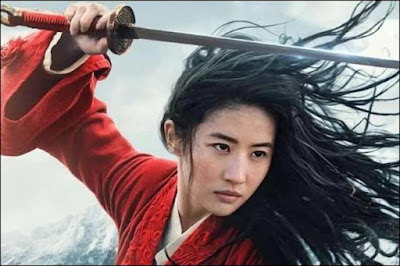 It seems as if the house of Mouse cannot get it’s tail out of trouble. With the  recent streaming release of Mulan on Disney Plus, the Chines oriented (No pun intended!) film is facing serious backlash from Pro-democracy activists in Hong Kong who are reigniting calls to boycott Mulan, and now activists from Thailand and Taiwan are having this solidary movement, since the film's lead actress Liu Yifei expressed unyielding support for Hong Kong police, who anti-government demonstrators have accused of using excessive force, i.e. police brutality to suppress political protests and unrest.
Hong Kong activist Joshua Wong tweeted this on Friday.

"This film is released today. But because Disney kowtows to Beijing, and because Liu Yifei openly and proudly endorses police brutality in Hong Kong, I urge everyone who believes in human rights to #BoycottMulan,"

Disney has often kowtowed to China’s whims, as Boyega mentioned how Disney allowed China to shrink his image during The Last Jedi movie poster because the bastards there, are bigots!
Its no wonder why my bro Bop hates Disney, Yifei, a Chinese-born US citizen, put her 2 cents into the conversation last year when the protests in Hong Kong, began as largely peaceful demonstrations and eventually converted into violent clashes between both protesters and police.
"I support the Hong Kong police. You can all attack me now. What a shame for Hong Kong," Weibo in August 2019.
A Chadwick Boseman Monument? Sure, why not? 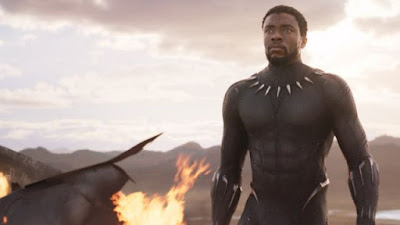 After the sad passing of Black Panther actor, Chadwick Boseman, many within his hometown in Anderson, South Carolina are petitioning for a statue in his name, that want it to replace a Confederate memorial and rightfully so.
According to TMZ, a spokesperson for Mayor Terence Roberts' Office in Anderson, said that the city is enthusiastically working on a permanent public tribute to honor the late actor.
“We're told the City has already contacted an artist and they're brainstorming ideas on how best to honor the hometown hero who played legendary roles. We're told the statue will include a mix of sculpture with mural and/or art elements”.
“The spokesperson conceded they don't have plans nailed down but he assured us it'll be suitable for a king. We're told the Mayor's office wants public input, to ensure it does the entire city proud”.
What would be more fitting than have a great Black actor’s statue replace those who fought for slavery? Progress!
The Boys are back in town! 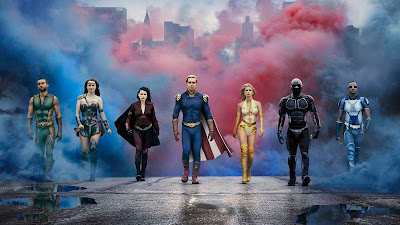 Season wo of the satirical Superhero dramedy, The Boys have arrived September 4th and its off to a great start with three episodes in.We’ll give a recap of the series soon! At least we know what "Snake Eyes" have been up to, while awaiting his solo film's debut. 😜
And that’s all the shit that fits.
Have a great Labor Day Weekend! 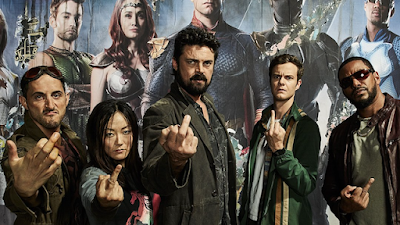