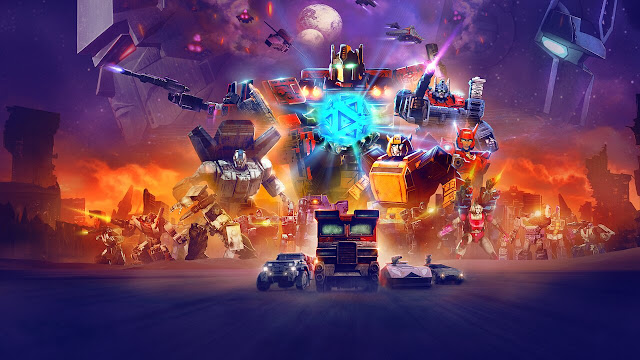 Throughout the decades, the venerable Transformers franchise has had its shares of highs and lows, be it the Sunbow produced television series, the spectacular 1986 movie , Mikey Bay's horrible live action adaptations or the sleeper hit videogames War and Fall of Cybertron respectively.
Now, from out of nowhere, at least to me, I happened to discover a brand-new animated series available only on Netflix.At first, Transformers: War for Cybertron, can be easily mistaken for a cartoon version of the videogame counterpart. However, it deviates from the game's narrative to an extent.
The pilot episode titled: Siege, goes right into the scenario, within a war torn Cybertron, pitting the heroic Autobots against their antagonists the Deceptions.
While there is no major plot device, Siege serves as a solid reintroduction to the main characters and what is noticeable besides the classic G1 designs, are the all-too familiar faces, like Wheeljack, Ratchet and even Elita One! This time, Bumblebee is not your loyal ride or die Autobot soldier, in fact, he starts off as some " scavenger who helps the Autobots, for a price. 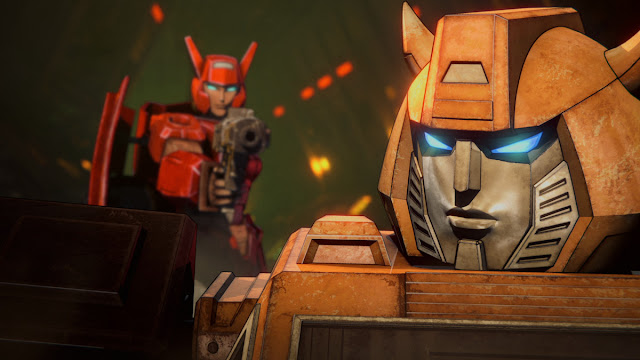 But when cornered by Deceptions Starscream and Jetfire, Bumblebee is forced to reluctantly join up with the Autobots. Judging by the first episode, I suspect that Bumblebee will fall into one of those "Hero's journey " tropes. I am confident that during the latter episodes, Jetfire will have a change of heart and join up with the Autobots to stop Megatron’s plan to utilize the Allspark. If this is to be a semi remake of the beloved 1985 series, it is the most definite the route to take as far as subplots go.

"Freedom is for sentient beings "

The characters involvement in the war is not by any means, black and white.
While some of the Autobots drawn into their loyalty for Prime, there are those who question his leadership and rather have the Autobots agree to the treaty that Megatron has proposed.
There are hints of a past friendship between Prime and Megatron reminiscent of a Xavier vs Magneto relationship, which may further reveal what lead to the fallout between the Autobots and Deceptions during the upcoming episodes..
The animation itself, is more of a CGI aesthetic than traditional hand drawn but gives it more dimension. Hey, since we are less likely to see a live action version akin to the 10-minute sequence from 2018's Bumblebee, this will do. That said, bad news for Transfans, Voice actor Peter Cullen, did not reprise his role as Optimus Prime nor Frank Weller for Megatron and so forth. It’s weird to find out that Cullen has been replaced, but if Kevin Conroy can miss out on a few Batman projects.
After watching the pilot episode, I’m feeling a bit optimistic about this limited series. It may lack the depth and groundbreaking elements from 1986's Transformers The Movie,  however WfC is a welcomed return to greatness and hopefully, War for Cybertron will be used as an effective tentpole for more Netflix/Hasbro animated series i.e. G.I.Joe, Rom, MASK and the Micronauts.
here's hoping for these other Intellectual Properties to make their media relaunch but in the meantime, I'm going to watch the rest of the "War for" series. Umbrella Academy, also from Netflix, will have to take a backseat to this nostalgic goodness! 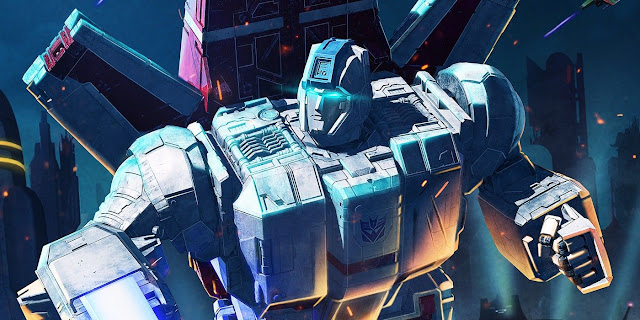