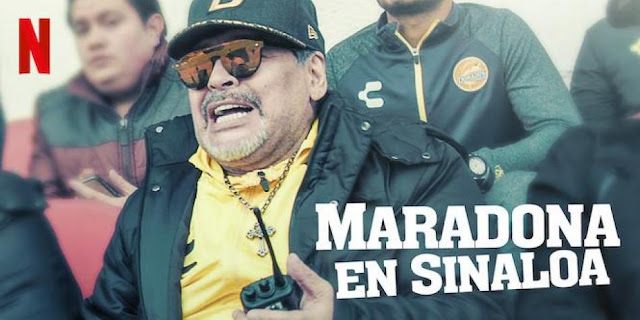 We live in an age in which mediocre people are promoted as the greatest thing ever. It is a very annoying trend with no end. History is being rewritten by liars and cheats and should never be accepted as truth.
In my opinion there is a holy trinity of athletes. They are Muhammad Ali, Michael Jordan and Diego Armando Maradona. Muhammad Ali and Michael Jordan are known all over the world as the best. Diego Armando Maradona is known all over the world as the best football player ever, except for in the US.
We are talking football here. Not handegg, but football, also known as soccer in the US. Maradona was a magical player, but probably also the first football player ever who had the deal with the enormous pressure of being the best football player on the planet. Everybody and his sister wanted something from him. If you don’t have the right guidance, or the right environment, that can help you deal with the madness of being a celebrity you are in for a tough life.
These days all kinds of people are promoted as “successful”, but if you look at who their parents are and how rich they are even a complete fool can become “successful”. To me the only people I accept as successful are the people who became successful with humble beginnings. Diego Armando Maradona is such a person. His parents were dirt poor, and he only played football on the streets. Then he got discovered and he trained his ass off to be the best in the world.
In 1978 he was not selected for the national team of Argentina. Argentina won the world championship in 1978. Had he been there he would have made them world champ too.
In 1982 he screwed over his own team because of his temper and got a red card. Argentina failed to win the world championships again.
In 1986 Maradona took team Argentina on his shoulders to win the world championships. It was an example of showmanship, that was never shown again in all the world championships to follow.
Schooling the English during FIFA 1986
In 1990 Argentina lost in the final of the world championships, because Germany got awarded a penalty that was not a penalty at all. Italy organized the world championships and wanted to do everything to make Maradona fail since he and his team eliminated Italy from the world championships.
In 1994 Maradona was not supposed to play the world championships in the host country US, but the FIFA president wanted him there to attract more viewers. In the first match Argentina tore apart Greece and it was the Maradona show. He was being the captain he always was. FIFA got scared because they saw that no one would beat Argentina with Maradona being in such great form. The next match Argentina defeated Nigeria and then Maradona had to do a doping test. He was tested positive for some element, that was in his nose spray. It was such a corrupt scam and they suspended Maradona from the tournament. It was one of the most disgraceful things ever displayed by the corrupt FIFA, who started to become corrupt in 1990. Argentina, being robbed of their star player, got eliminated.
Pure Football art!
A lot of people shat on Maradona after that and it was ridiculous. This was a man who always wanted to give the audience a great show. Did he have a chip on his shoulder? Yes, he did, but he earned it to have a chip on his shoulder. He was the fucking best.
Check out his skills from 1:54 and on
Which brings me to Maradona En Sinaloa series. Maradona En Sinaloa follows Maradona being the coach of football team Dorados De Sinaloa over a span of 2 football seasons. It shows Maradona the human being, who still does not always have his temper under control when he sees injustice. It also shows, despite his world fame, that he is a normal person, who loves to have fun I won’t spoil anything, but I have to say that people always said Maradona sucked as a coach. Well, you are an absolute loser if you play football and do not listen to Maradona and think you know it better. Guess what? You do not know better than Maradona, but you do overestimate your abilities. The thing that is so cool about Maradona En Sinaloa is that you see that Maradona lives for football. You also see that the team called Dorados finds it an honor to have Maradona as a coach. No other team ever did that. You also see Maradona struggles with his health, but he keeps battling. Yes, he was a drug addict since the 90s and he overcame that hence dealing with the consequences of that addiction. This is his redemption story.
Messi is often compared to Maradona, but he wishes he were as good. And he never won a world championship with Argentina and he never will. Heck, Messi had Maradona as coach in team Argentina and Messi and the rest of his teammates knew better and disrespected Maradona. Well, there was your chance to be a world champ under the guidance of Maradona, Messi, and you dropped the ball, you whiny nasty wussy bitch. 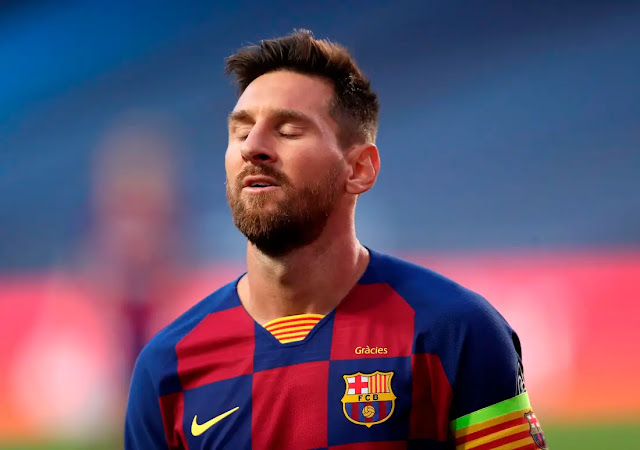 FUCK THIS BITCH!!!
When Maradona played, Argentina consisted of men. Team Argentina of today consists of pussies, wussies, lotion boys, wimps, and tattoo bitches. Maradona is your daddy and you know it. And you should be ashamed for not trying to live up to his standards of playing.
If you love sports documentaries you will love Maradona En Sinaloa. Is it the best sport document ever? Nope. That honor belongs to The Last Dance. Maradona En Sinaola might be a top 5 sports documentary.
Bop! Documentaries Football (Soccer in the US.) Opinion