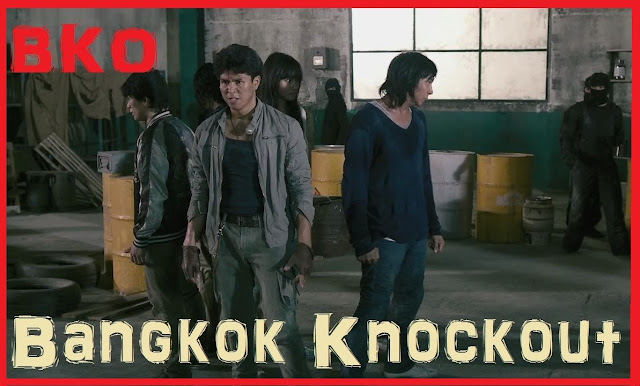 Action movies are by far my favorite genre. You have them in all sorts and formats. My favorites are the ones that involve foot sandwiches and knuckle sandwiches, a.k.a. martial arts movies. Just when you thought martial arts movies would become stale, various actors from this genre have stepped up brought their a-game! Primary examples: like Scott Adkins, Donnie Yen, Iko Uwais, Tony Jaa, Marko Zaror, Jeeja Yanin, Michael Jai White and Veronica Ngo just to name a few.
When you ask people what they think are some of the best martial arts movies you get titles like Enter The Dragon, Fist Of Fury, Jackie Chan movies, Jet Li movies, The Raid, Ong-Bak, Bloodsport, Undisputed 2-4. However, one movie is NEVER mentioned and that is BKO a.k.a. Bangkok Knock Out.
I reviewed Bangkok Knock Out many years ago after it kicked my ass. Fun fact is that this movie was released before The Raid and hardly anyone heard of it!
Dealing with a heatwave over here I re-watched it today to see if it still holds up after all those years. The synopsis is about a group of friends who enter a contest that will give the winning contestants, a role in a Hollywood movie. After winning the contest, they have been drugged, only to wake up and find themselves as contestants once more but this time, it’s a game of survival! This has been arranged by a collective group of rich scumbags who place bets on those fights while watching those force to participate through video cameras. That’s it in a nutshell!
The action actors are ok, but the rich scumbags are some of the worst actors I have ever seen. 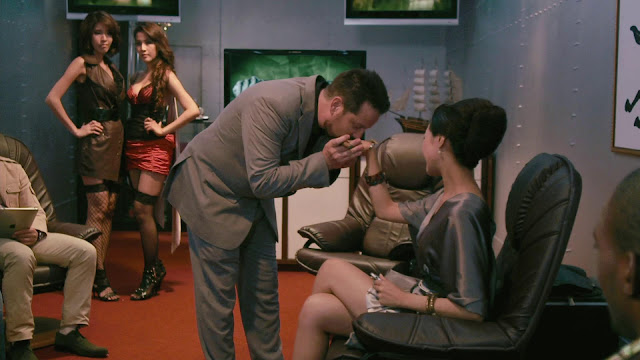 Lame ass rich scumbags!
I have to say that the first 30 minutes is some of the worst shit you will ever see in a movie. I could understand if people tap out after 10, 20 or even 30 minutes, but if you make it past the first 30 minutes, you will be well rewarded for your patience.
The action itself, is PHENOMENAL. It gives The Raid a serious run for its money. How this movie was made earlier than The Raid and got 0 respect is beyond me. BKO most definitely belongs in the martial arts movies hall of fame. It is that good! 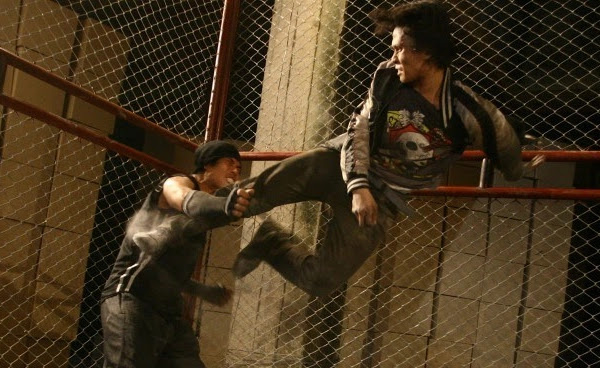 This photo does not do the movie justice!
You know a movie is good when you are tired after watching it. After rewatching BKO I was tired, because the action put me on the edge of the seat multiple times. This is a movie that, when the action finally starts after 30 minutes, it will grab you by the throat and will not let go until the very end. It also needs to be mentioned, that BKO has some of the coolest looking bad guys you will ever see in a movie.

He's one bad motherfucker!
BKO is in my top 5 martial arts movies of all time, along with The Raid, Jailbreak, Tom Yum Goong (The Protector) and Fist of Fury. It is that damn good!
BKO Bop! Martial Arts Opinion Retro Review Review